Officially Kmusic would like to wish INX a very happy 1st anniversary! 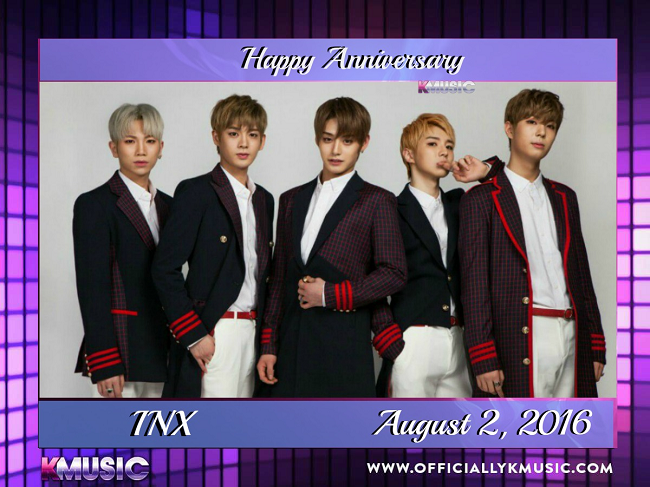 INX is a 5 member group that debuted on August 2, 2016 under NA Entertainment.

The group members are:

Real Name: Lee Sang Ho (이상호)
He was born on April 6, 1995 in Busan, South Korea.
Besides being the leader he is also a vocalist of the group.

He is main vocalist of the group.

He is a rapper as well as the main dancer of the group.

He is a rapper of the group.

He is a rapper as well as the maknae in the group.

Written by, featured image by, and collage by: Admin Risa