Officially Kmusic would like with wish NCT’s Mark; Jungah, and UP10TION’s Jinhoo all a very happy birthday! 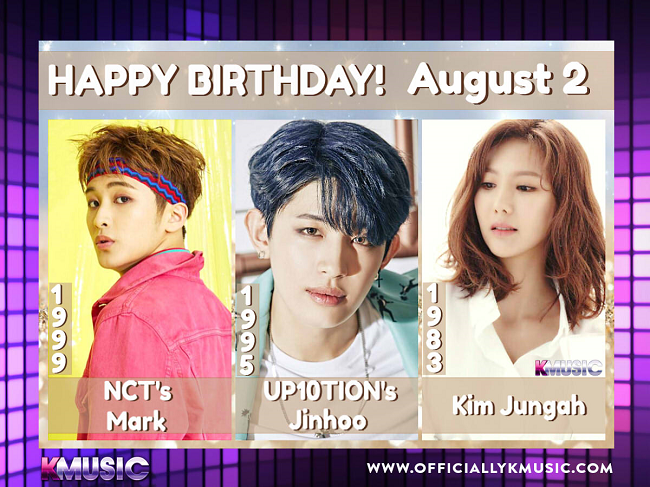 Things to know about Mark:

He’s been in a few SM Stations including one with EXO’s Xiumin for season 2 of SM Station.

He’s the main rapper and most active member of NCT.

He loves going to school; but he hates science.

He’s fluent in English as well as Korean.

Things to know about Jungah:

Things to know about Jinwoo:

He’s the leader of UP10TION.

He’s the 3rd person to join the group.