Officially Kmusic would like to wish GOT7’s Youngjae and Oh My Girl’s! YoonA a very happy birthday! 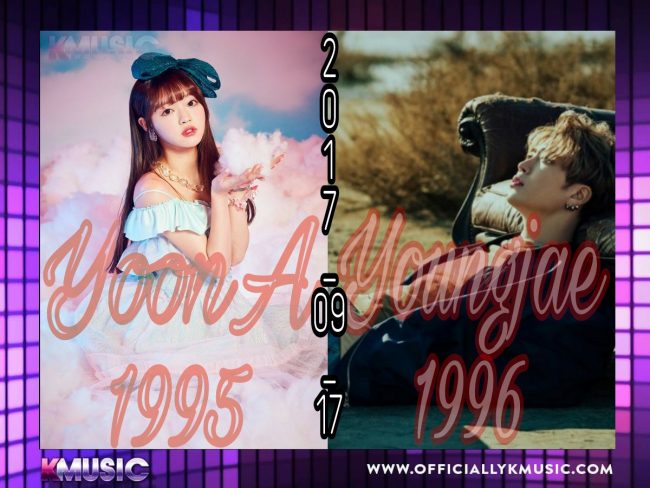 Things to know about Youngjae:

He uses the name ‘Ars’ when he writes songs and has written songs for all three of GOT7’s ‘Flight Log’ albums, their new Japanese album ‘TURN UP’ (due out in November), songs on his SoundCloud, and their new unnamed Korean comeback album.

He use to share a room in the dorm with JB, but everyone expect Bambam and Yugyeom got their own room. (However back in April, around April Fool’s Day, it rumored he moved out and in with his brother, but the rumor was later proven to be false as a poor April Fool’s Day joke. He still lives with all members of GOT7 in the dorm.)

He and Yugyeom now study modeling at a university in Seoul.

He only trained for 6 months before joining GOT7.

He was an honor student at his high school back home and in Seoul.

Things to know about YoonA:

She legally changed her name from ‘Yeon Joo’ to ‘Shiah.’

She is the first member of the group to make a commercial.

She shares a room with Hyojung.

Written by, collage by, featured image by: Admin Merry