Officially Kmusic would like to wish EXO’s Chen and AOA’s Mina both a very happy birthday! 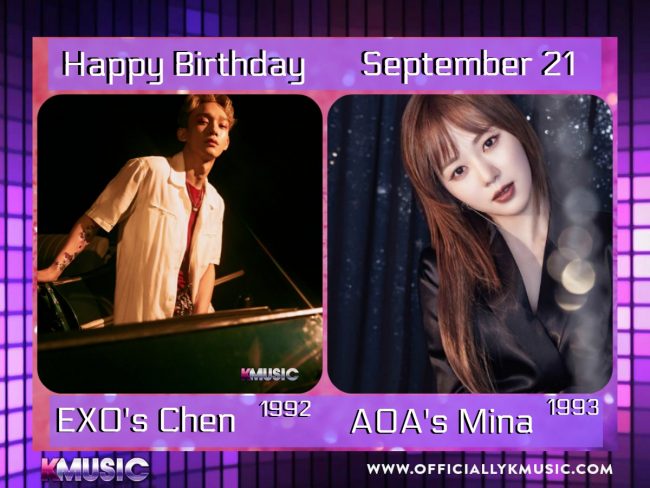 Things to know about Chen:

His “power” is lighting.

He’s in CBX with Baekhyun and Xiumin.

He use to be in EXO-M; however earlier this year SM decided to promote the group as one unit, dissolving EXO-K and EXO-M.

Even though he is the worse dance, he has the nickname of ‘Dance Machine.’

Things to know about Mina:

Her ‘angel’ name is Minaring.

She is in AOA Black.

She can play the bass.

She’s in charge of laundry in the dorm.

Her favorite artist is the Japanese group, Mr. Children.