Officially Kmusic would like to wish BLOCK B’s Zico, DIA’s Jenny, and WJSN’s Soobin all a very happy birthday! 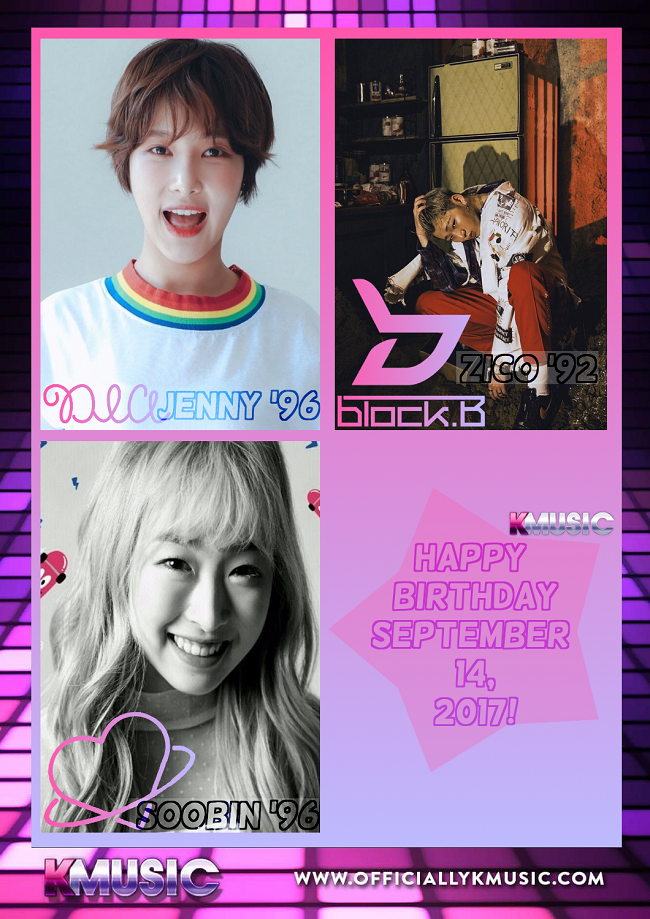 Things to know about Zico:

He can freestyle rap.

He released his first solo album in 2014 and had a comeback solo album earlier this year.

He studied in Japan for three years.

Things to know about Jenny:

She was supposed to debut with Project A and G-FRIEND.

She was in T-ARA’s web drama ‘Sweet Temptation.’

Things to know about Soobin:

She can place the flute, piano, and violin.

She is in Y Teen with Seola, Dayoung, Exy, Eunseo, Cheng Xiao, Yeoreum, and Monsta X.

She’s in the Sweet unit.

Written by, featured image edited/made by, collage by: Admin Merry