Officially Kmusic would like to extend our well wishes to CL on her 3rd year anniversary! 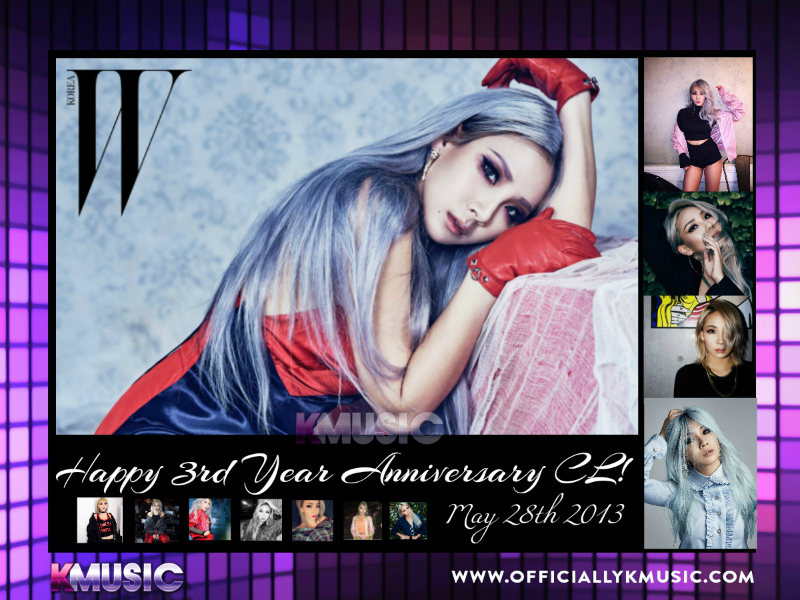 Did you know that CL was originally supposed to be a solo artist, but eventually became the leader of 2NE1?

CL is a versatile rapper, vocalist, dancer, and musical performer. Her charisma on stage is what  is what sets her apart from other artists. She is fluent in 4 languages, including Korean, Japanese, French and English and spent much of her childhood in various countries. CL is a symbol of woman power. She leads the fashion trend as a fashion icon who inspires world renown designers like Jeremy Scott and Castel Bajac.