Officially Kmusic would like to extend our well wishes to FIESTAR on their 4th anniversary! 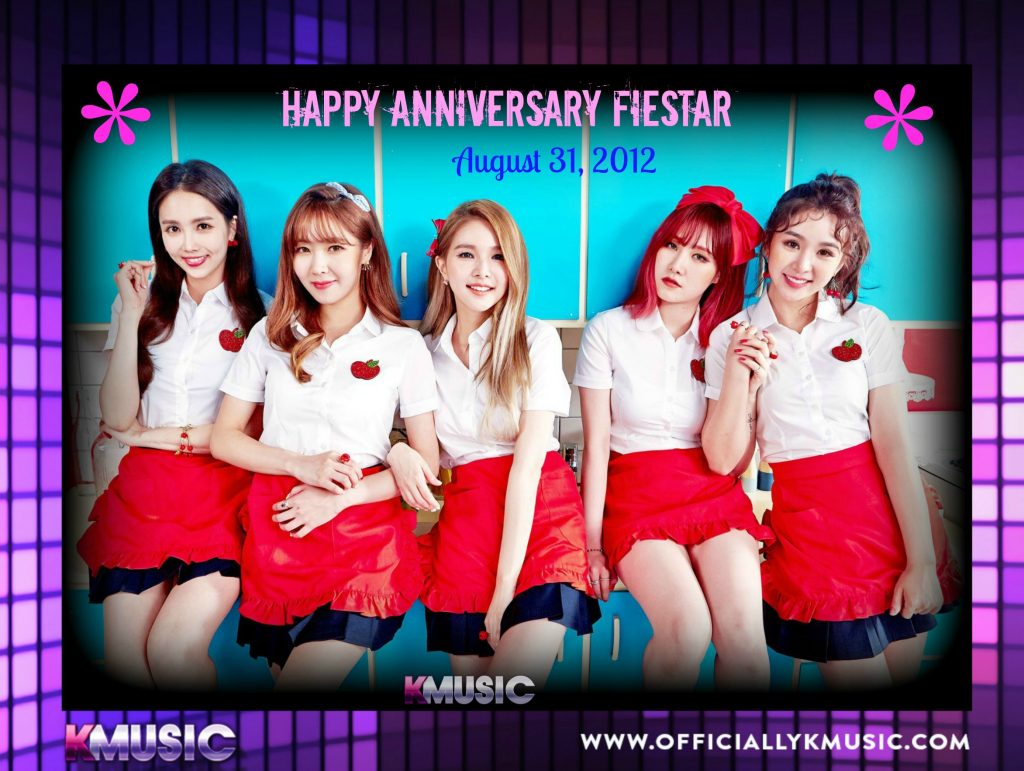 FIESTAR (Korean:피에스타) is a South Korean girl group under LOEN Entertainment. The members consist of Cao Lu, Jei, Linzy, Hyemi and Yezi. They officially debuted as a six member girl group with the release of their first single Vista on August 31, 2012, and held their debut stage with the title track of the same name on September 1, 2012 on MBC’s Show Music Core. On March, 20, 2014 member Cheska announced her departure from the group.

Scroll for more
Tap
VIXX’s Leo Will Not Be Joining His Group’s Upcoming Schedules Due To An Injury At ISAC
BIGBANG, BTS, iKON, & SHINee’s Taemin Shows Off Their Skills At Japan’s A-Nation Festival
Scroll