Officially Kmusic would like to extend our well wishes to Sunny Hill on their 9th Anniversary! 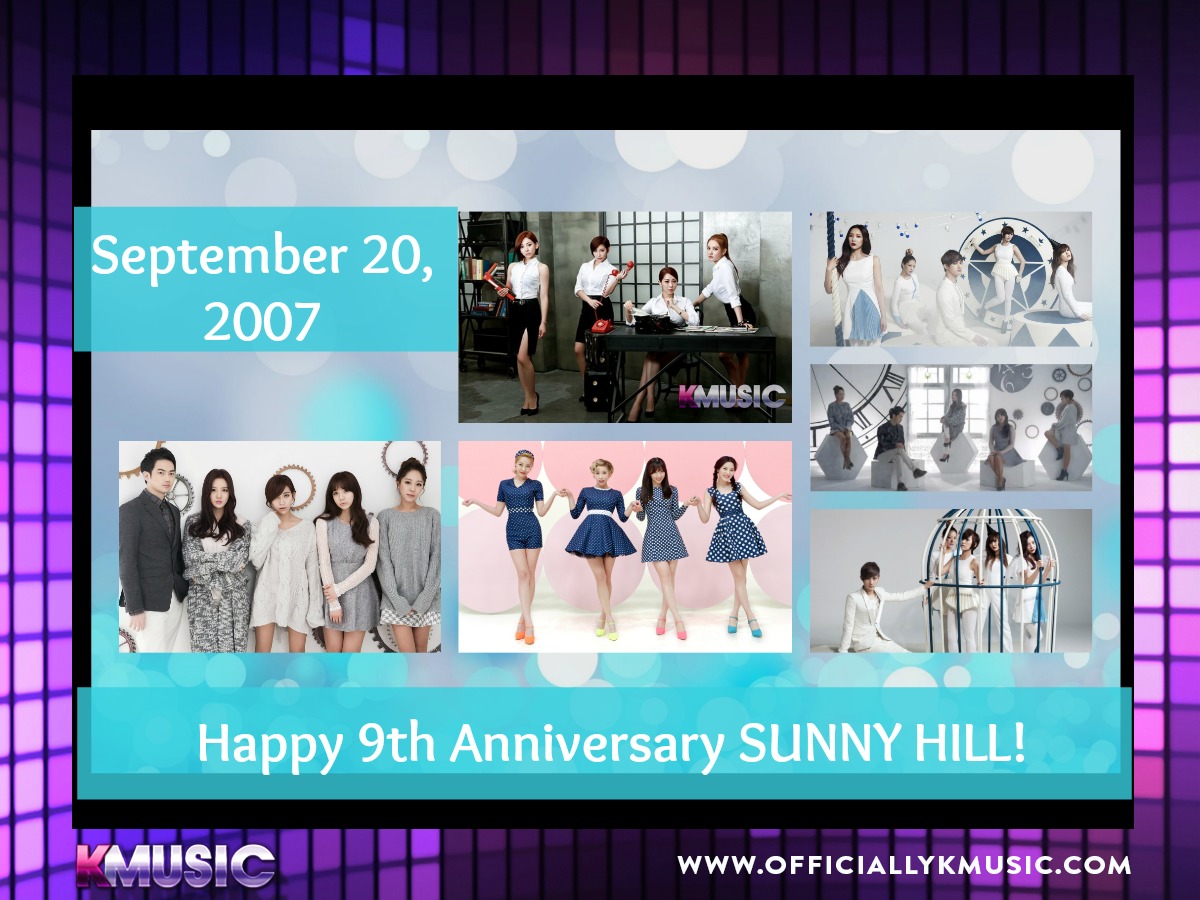 In 2014 Janghyun having returned from military service decided to leave the group and pursue a career as a composer/producer. From this point on Sunny Hill became a four – member female group.