SHINee’s Minho finally made his cameo appearance in Key’s new drama ‘Drinking Solo‘. He’s no stranger to the drama world, being dubbed SHINee’s actor, but he takes on a new role with his cameo. He becomes the infamous high school bully!

In episode 5 , Key becomes overly jealous that his crush Chae-Yeon played by Jung Chae Yeo, confesses that her first love was Minho. Adding salt to his wound his friend played by Gong Myung, shows him all kinds of articles of Minho’s good deeds. Key then replies, “He sure is good at keeping his public image squeaky clean.” 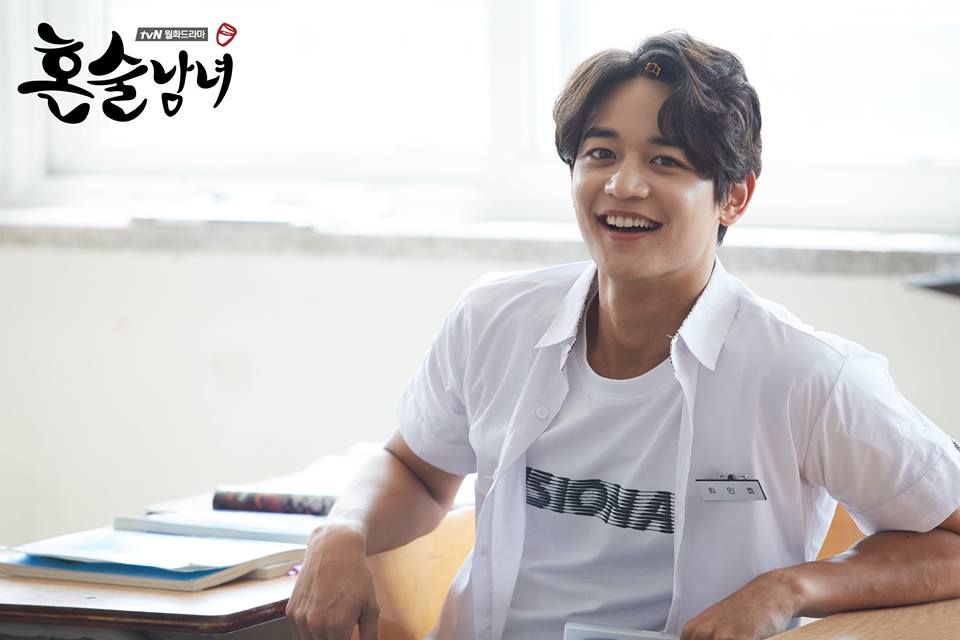 Although in real life we know these two share a stronger bond. Key shared the photo of him and Minho behind-the-scenes wearing their high school uniform through Key’s Instagram account. The episode aired on September 19. You can watch the full episodes on Viki on Mondays and Tuesday.

What are your thoughts on this new drama? Let us know in the comments below!