Officially Kmusic would like to wish B1A4 a very happy anniversary! 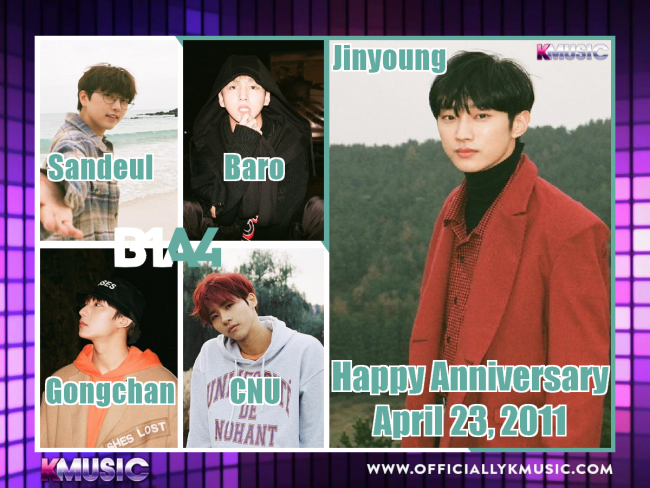 He thinks Gongchan is the most handsome out of all of them.

He likes to cook.

He’s been in several dramas such as, “My Mom, Super Mom,” “Warm and Cozy,” and “Love in the Moonlight.”

He was the last to join the group.

He has studied Taekwando.

His stage name means “a dependable and sweet-natured friend.”

He was in “Sent from Heaven.”

He is the “older brother” of the group.

He sets his background to his laptop to pictures of Gongchan.

He is friends with BTS’s Jin.

He is known for his cute smiles.

He is one of the “older brothers” of the group.

Instead of acting cool, he ends up acting cute.

When they lived in the dorm it was hard for him to get up early enough to go to school since it was two hours away.

He is the maknae.

He usually is the one to care for his hyungs.

Stay turned to Officially Kmusic as we bring you the latest in Korean Entertainment!