Officially Kmusic would like to wish TWICE’s Chaeyoung and NCT’s Jeno both a very happy birthday! 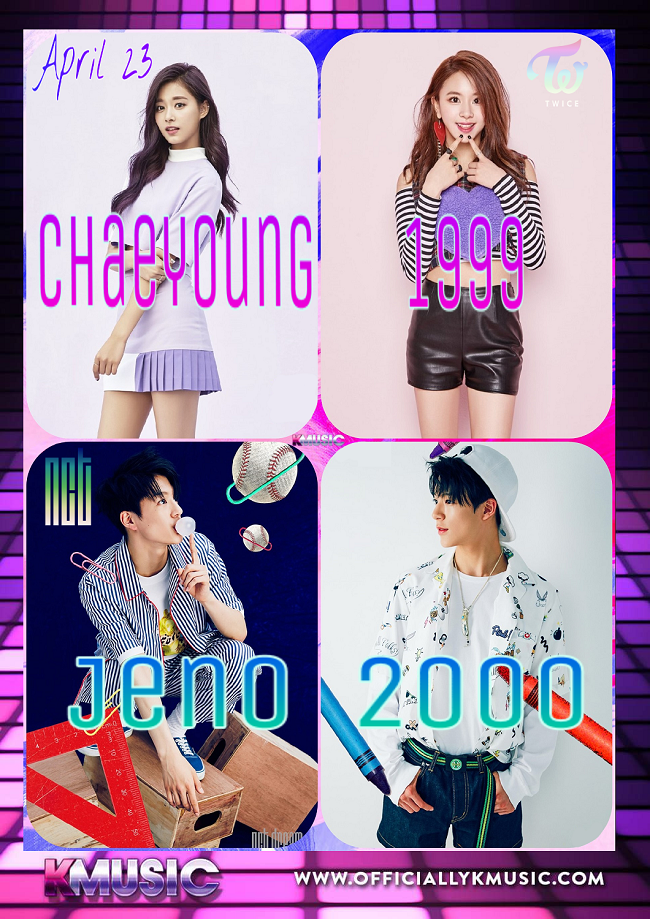 Things to know about Chaeyong:

She started training after her auditions in 2012.

She is the shortest of all the members.

She likes to draw.

She works with Dahyun on keeping the kitchen clean in the dorm.

She is close with BLACKPINK’s Rosé and APINK’s Jinsol.

His favorite song is EXO’s ‘Promise.’