Officially Kmusic would like to wish History a very happy anniversary! 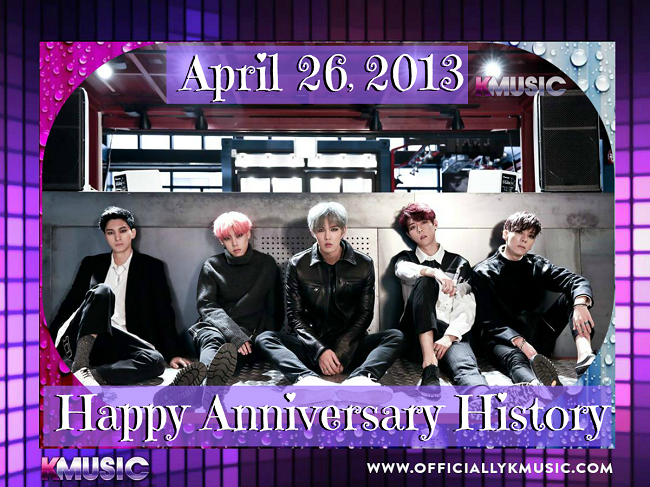 Kyungil (경일)
Real name: Song Kyung Il (송경일)
He was born on November 28, 1987.
He is also a rapper and sub-vocalist of the group.
He is currently inactive due to military service.
He was in fellow labelmate IU’s MV for ‘Beautiful Dancer’

He is a rapper and the visual of the group.
Prior debut he was an ulzzang and a model fo showganzi.

He is best friend with Block B’s Jaehyo.
His handwriting is so ugly that even he himself can’t read it.

Real name: Jang Yi Jeong (장이정)
He was born on September 10, 1993
He is one of the main vocalist and the maknae of the group.

He is the laziest among the members.

He can get up and is ready to go in just 2 minutes.
Stay tuned to Officially Kmusic as we bring you the latest in Korean Entertainment!