Officially Kmusic would like to wish miss A’s Fei and Mr. Mr’s Sanghyun both a very happy birthday! 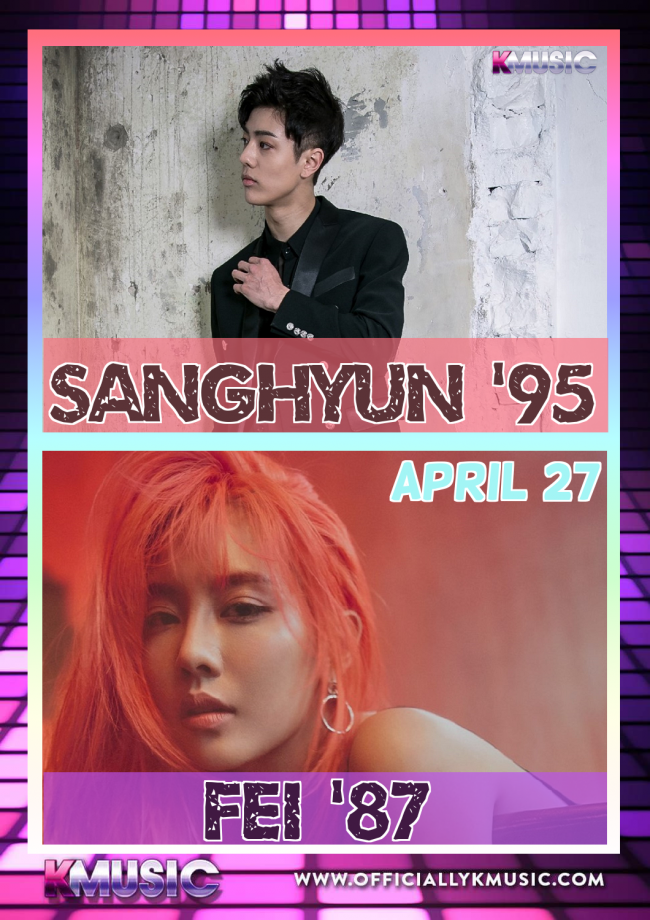 Things to know about Fei:

She is the only Chinese member of miss A.

She is the leader of miss A.

Things to know about Sanghyun: