Officially KMusic would like to wish DAY6‘s Wonpil and INFINITE‘s Sungkyu a very happy birthday! 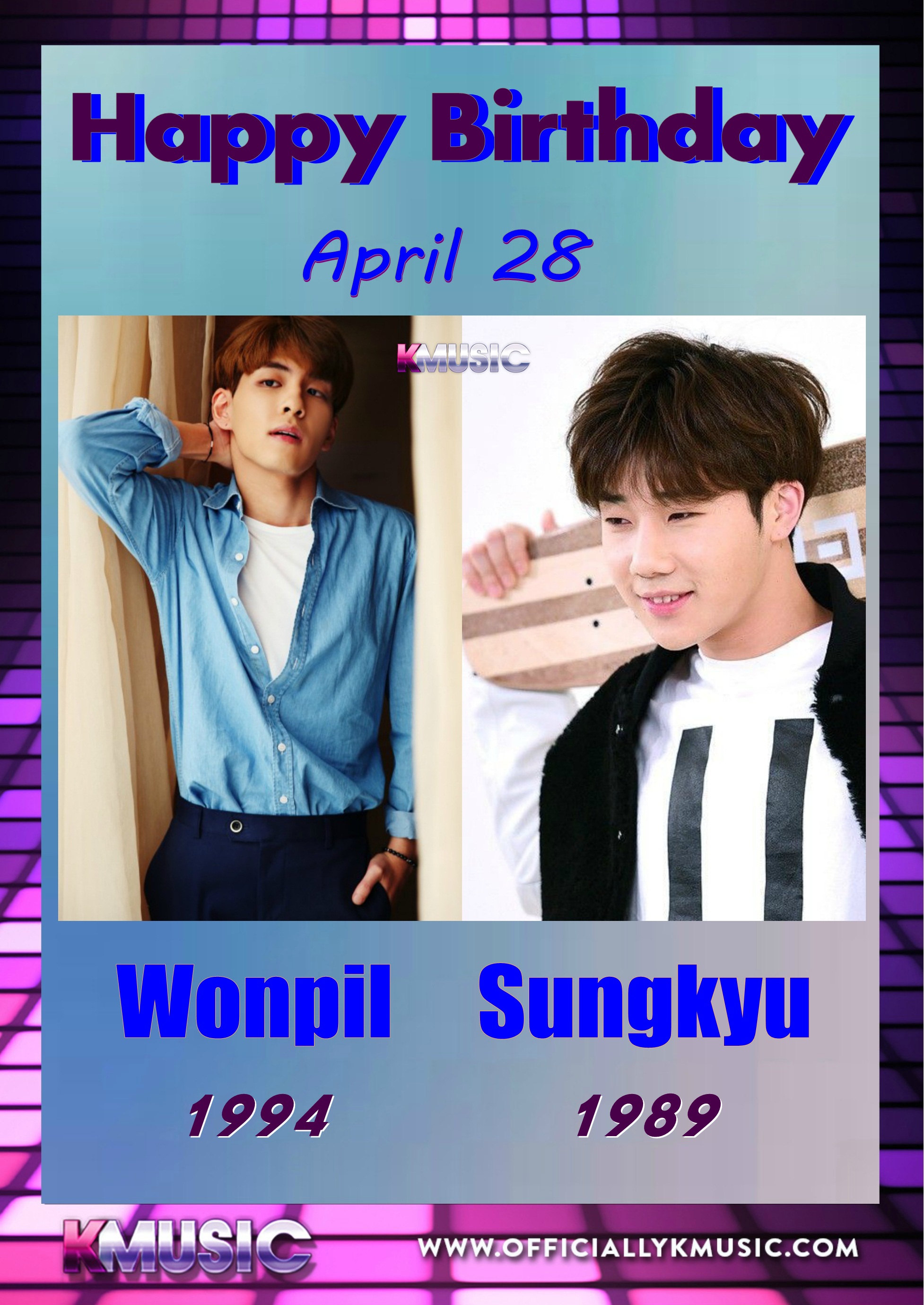 Stage Name: Wonpil (원필)
Birth Name: Kim Wonpil
Position: Lead Vocalist, Synthesizer, Visual
Birthday: April 28, 1994
Zodiac Sign: Taurus
Height: 176 cm (5’9″)
Blood Type: A
Hobby: collecting action figures
– He was one of the founding members of 5LIVE, the original name of DAY6.
– 4D among the group.
– Has  lots of aegyo.
– Is naturally clingy.
– Good friends with Jinyoung of GOT7.
– Has contributed a lot in writing their songs.
– He almost debuted in a dance group along with YoungK.
– Wonpil’s ideal type: girls who know what they want and go for it.

Stage Name: Sungkyu
Birth Name: Kim Sungkyu (김성규)
Position: Leader, Main Vocalist
Nicknames: Grandpa, Leader, Hamster
Birthday: April 28, 1989
Zodiac Sign: Taurus
Height: 178 cm (5’10”)
Blood Type: A
– He was born in North Jeolla, South Korea.
– When Sungkyu first told his parents about his dream as an idol, they rejected it and his mom wanted him to have a normal live.
– Sungkyu graduated from Daekyung University, majoring in Applied Music with fellow members Hoya, L and Sungyeol.
– During his trainee days the one he disliked the most was Woohyun. But now Woohyun is the one he trusts the most.
– In November 2012 he debuted as a solo singer with his solo EP, “Another Me”, with the title track “60 Seconds”
– Sungkyu’s ideal type: A cute girl that can be sexy.