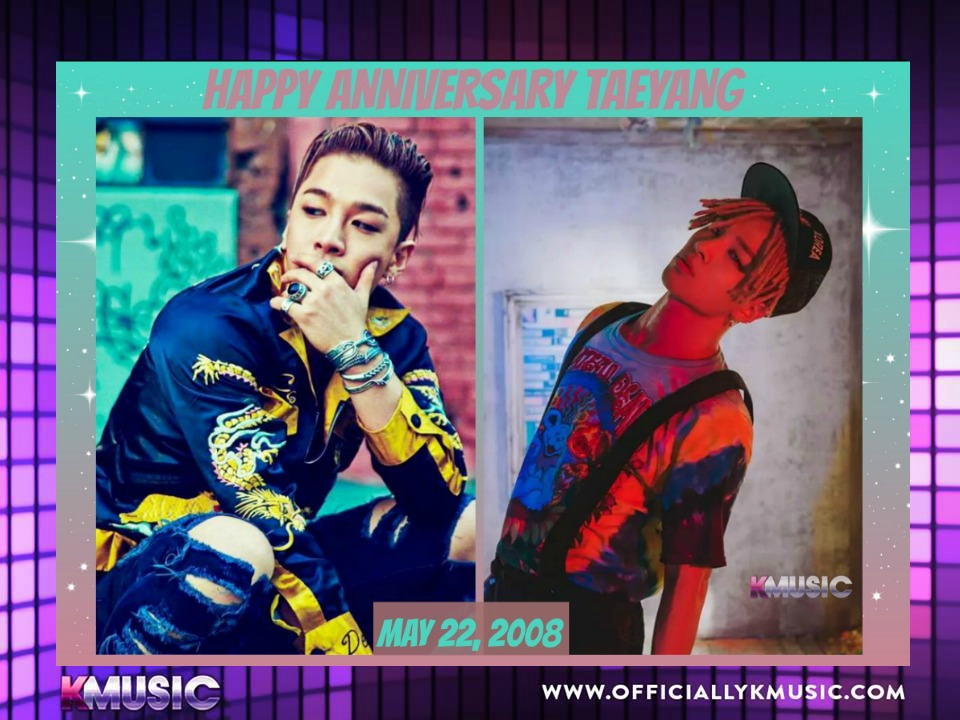 He is the second oldest member of BIGBANG.

He is part of the duo GDXTAEYANG (also known as GDXYB) with fellow member G-Dragon. Their most famous song is “RINGA LINGA.”

In his solo work he was many songs, which others have done covers for, such as “Eyes, nose, lips” and “Wedding Dress.”

He even has a full English version of “Wedding Dress.”

He is a Christian and has a tattoo of the cross on his right side; as well as angel wings; both are often seen, even when he is wearing a shirt.

He can speak fluent English; he just prefers to speak Korean.

He and G-Dragon are the only members of BIGBANG to not be actors.