Idols Let Loose And Have Fun At Filming For The 2017 Idol Star Athletics Championships!

Idols Let Loose And Have Fun At Filming For The 2017 Idol Star Athletics Championships!

On the weekend of January 16th, Korea’s representative idol groups came together for the Lunar New Year’s special of the 2017 ‘Idol Star Athletics Championship!’ The event was held at the Goyang Indoor Gymnasyium in Seoul. MBC recently gifted fans with behind the scenes stills of idols during filming. Fans can see the idols having a good time and smiling for fans!

Check out some of the photos below:

GFriend’s Eun Ha and So Won posing cutely for the camera. 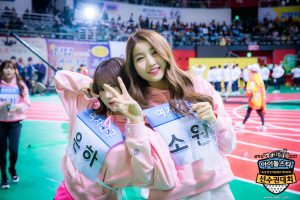 EXO leader Suho poses for fans while Sehun and Chanyeol take photos of the crowd.

Red Velvet’s Irene waves to fans in the crowd

BTS Namjoon and Jimin taking selcas and V getting ready to shoot during Archery.

TWICE walking throughout the field during the events.

Astro’s Eunwoo is all smiles for the camera!

EXID’s Hani poses a perfect V for the camera! 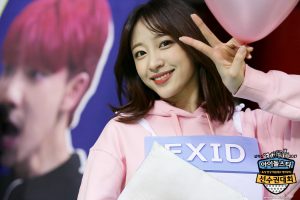 MONSTA X gets ready for the big match by stretching 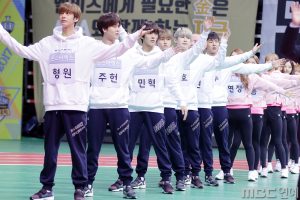 For a look at all the behind the scenes photos from filming, check out the iMBC website here. The 2017 ‘Idol Star Athletics Championship’ Lunar will air on January 30th at 5:15 pm and 6:35pm (KST) so be sure to check it out!