International Starlights welcome VIXX to their first solo showcase in Orlando, Florida at the House of Blues located in Downtown Disney. The venue offered a wonderful close and intimate fan experience for those that attended. Fans arrived as early as 5:00am and braved the brutal summer sun to guarantee their spot near the stage (venue is standing room only). The venue made sure that everyone was well hydrated as the day was very hot.

The show began at 7:30pm with a video introduction of each member. The performance began to the exaltation of the Starlights with the song ‘Love Equation.’ The group came out dressed in a peach shirt with a navy blue pattern and peached colored pants with dark oxford style shoes. Once the song was complete the group addressed the excited audience speaking in Korean while an interpreter translated. Occasionally the members would utter a word or phrase in English to the delight of the fans earning them screams of approval. 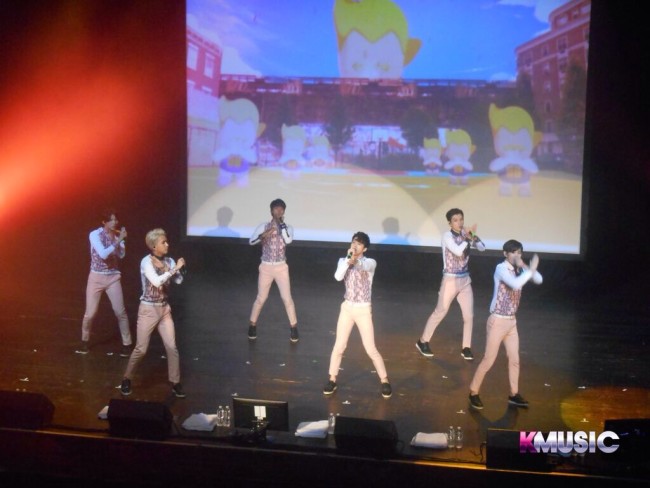 The group continued to entertain by answering questions that the fans had written on post-it notes prior to the show. One of the question’s asked involved the type of ringtone they had on their cellphones, to which each member had to answer by mimicking the sound. The group followed it up with a hilarious game in which they broke off into two groups of three. Ravi, Hyuk, and N were the first team and Ken, Leo, and Hongbin were the second group. For this entertaining game they had to act out or pose the illustrated word on the screen. To win the round all three members had to do the exact movement or pose. The words included love, ice skating, Beyonce, and the wave dance. 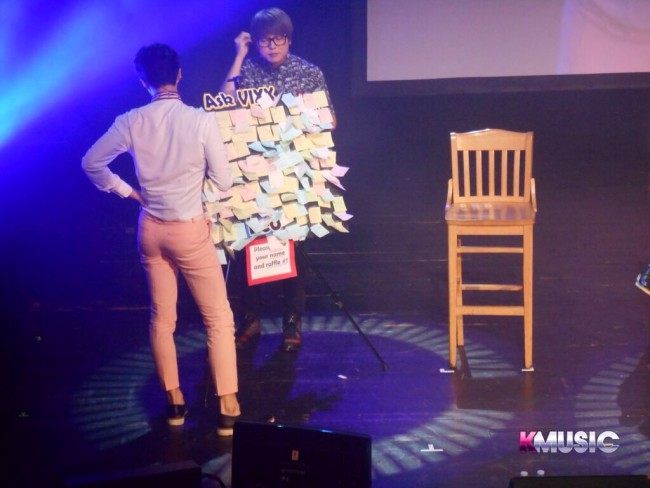 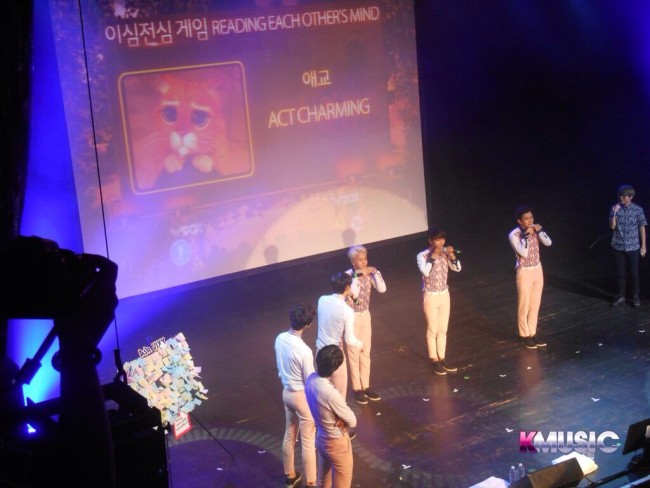 Once the games were over the fans were treated to ‘Rock Ur Body.’ A high energy song to get you hyped up for the rest of the show. Another video interlude was shared with the audience as the group changed into red suits and black shirts. As the screen introduces the group again in their half cyborg personas for their impactful ‘Error‘ performance. The stage is flooded with a blood red light, casting a VIXX in an eerie and hauntingly beautiful aura. The cheers from the crowd grew as VIXX performed. VIXX continued to perform many of their well-known hits including ‘Eternity,’ ‘Hyde,’ ‘On and On,’ and ‘Only U.’ 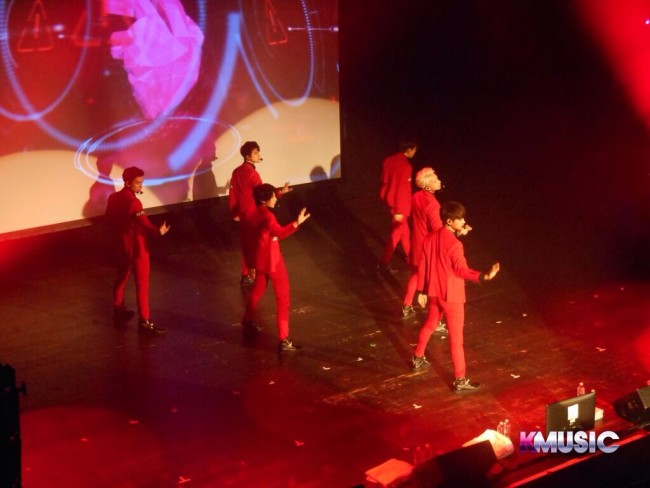 At the end of the night a video played where the boys individually thanked their Starlights for their continued support and love. Earning them the endearment of the fans present.

VIXX’s first solo showcase was an incredible experience. It’s not the same type of energy you may have experienced at other concerts. I felt catered to and very much appreciated for being part of the audience. The showcase was a fun, sexy, sweet, and cute experience that left fans wanting to see more.

We hope to see more from VIXX in the near future. Congratulations N, Ken, Hongbin, Leo, Ravi, and Hyuk for completing your first successful solo showcase!

Thank you to Jazzy Group US for inviting us to be part of a great event!

Stay tuned with Officially KMusic because we bring you all the latest news from Korean entertainment!