January is a hot month for Dramafever as we see new premieres and a popular new favorites drawing to a close!  As the month began, we saw the pilot episodes of “General and I“and “My Shy Boss“.  Take a look below at the series we have yet to look forward to!

January 11th– “Missing Nine” stars Jung Kyung Ho and Baek Jin Hee.  Jung Kyung-ho stars as Seo Joon Oh, a washed up superstar who gets stranded on a private island with his gorgeous new stylist after an unexpected plane crash. 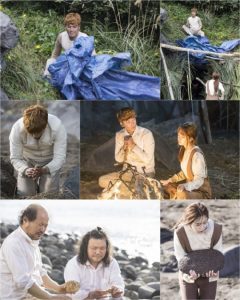 January 21st – “Goblin: The Lonely and Great God” stars Gong Yoo and Kim Go Eun. Gong Yoo stars as Kim Shin, an immortal “goblin” searching for love with the help of his roommate Wang Yeo (Lee Dong Wook), the Angel of Death. To escape his cursed existence, Kim Shin must marry the human Ji Eun Tak (Kim Go Eun), a quirky high school girl fated to be his bride, in order to have a complete and peaceful afterlife. Chaos erupts when Kim Shin actually begins to fall in love with Ji Eun Tak and finds a new reason for wanting to stay alive.

Are you excited for any drama in particular? Let us know in the comments below and, as always, stay tuned with us here at Officially KMusic for all the latest news!