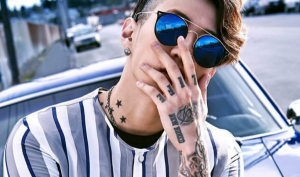 K-hip hop fans rejoice! It seems that Jay Park has recently been hinting fans with an October Comeback. The singer/rapper has been tweeting about potentially new music to come out later this year. However, AOMG entertainment has not released a confirmed date or statement of an album yet.

The news of a potential comeback broke out when Jay Park released a tweet on his twitter account @@JAYBUMAOM stating, “I’m gonna go broke shooting all these MV’s lol. I invest so much time money and effort into my music and art…if you guys only knew…”

We are excited to see the Korean rapper release some new music! The artist’s last album, ‘Scene Stealers‘ was released over the summer of 2016 and we are already excited to see what kind of concept Mr. Park is planning to release later this year.

Are you guys excited to see Jay Park coming back to the stage?