Jinyoung Is In Talks For ‘Legend Of The Blue Sea’ Role

Jinyoung Is In Talks For ‘Legend Of The Blue Sea’ Role

On Friday September 30th JYP Entertainment announced that GOT7’s Jinyoung was in negotiations with producers for a major role on ‘Legend Of The Sea‘. If all goes well, he will be starring along side Lee Min Ho and  Jun Ji Hyun for the most anticipated fantasy drama of the year. Jinyoung’s potential role would be playing the younger counterpart to Lee Min Ho’s character. Lee Min Ho’s character is a Joseon era nobleman who has a history of identity changing positions, giving him the notorious reputation as a scammer. 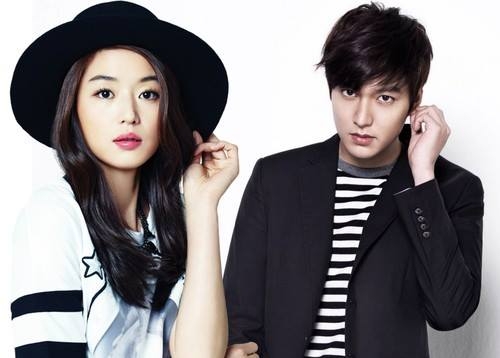 The drama has been seen being filmed in Spain, and has been sending a lot of excitement through media outlets. According to iTech Post, the series is inspired by a classic Korean legend about a mermaid and a fisherman but most of the scenes are in modern time frame. Jun Ji Hyun plays the role of a mermaid who was caught and released during the Joseon era. She will decide to go to modern Seoul to live as human, where she is destined to meet Lee Min Ho’s character.

This is Lee Min Ho’s last role before he enlists for his mandatory military duties. The drama is set to premier on November 16th, and will air on SBS. Will you tune in for the new drama? If so, are you excited to see if Jinyoung will be joining the cast? Let us know in the comments below!