JYJ‘s Yoochun is ready to release his first solo album this month!

The mini-album’s title can be translated as ‘How Much Love Do You Have in Your Wallet‘ and Yoochun is said to have been working on it since before his enlistment.

His company also released the tracklist of the album, check it out: 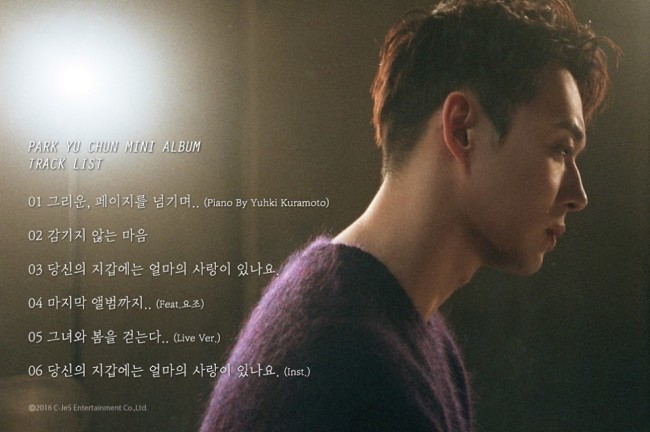 ‘Nostalgic, While Turning The Page’ will have the piano played by Japanese pianist Yuhki Kuramoto and ‘Until The Last Album…’ will feature female singer Yozoh.

Yoochun’s first solo album will be released on January 18th, are you excited?