JYP Nation battles it out in a game of RPS for their group song!

JYP Nation battles it out in a game of RPS for their group song!

Currently, JYP Nation is preparing for their group song. This song will be made by selected collaborating members from the entire family of JYP Entertainment.

For the said selection, members will take part in a Rock-Paper-Scissors Battle. So far, six battles have ended successfully.

The first battle was between GOT7’s Mark, TWICE’s Chae-young and Tzuyu. Mark was the lucky winner from this round. In the second round 2PM’s Taec-yeon battled against GOT7’s Jackson, Jackson made it to the collaboration. Whilst Wonder Girls‘s Ye-eun won the 3rd round from the battle against GOT7‘s JB and DAY6‘s Do-woon. TWICE‘s Mina won the 4th round from the battle against J. Y. Park and 2PM‘s Woo-young. In the 5th round, Wonder Girls‘s Yu-bin won against Jo-kwon and DAY6’s Young K. By the way, Yu-bin is the first female rapper to get through so far.

The latest battle happened between 2PM’s Chan-sung, Miss A’s Min and GOT7’s Young-jae. 2PM‘s Chan-sung lost the battle from two out of three rounds. Thus, Min was the winner from this round.

The entire battle has 13 rounds which was between members grouped in either duos or trios. The 13 winners will participate in the JYP Concert which will be held on 6th and 7th August, 2016 at Jamsil Indoor Stadium. 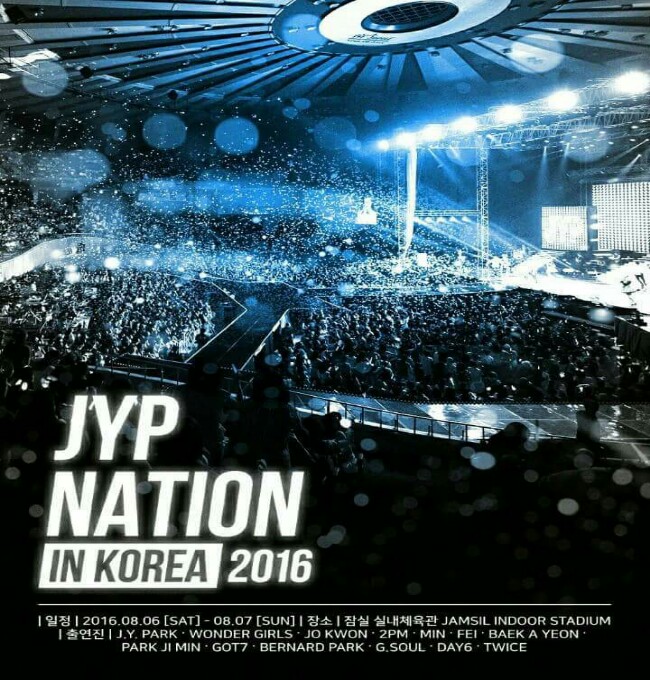 Stay tuned to Officially Kmusic to hear more updates about this event and for all the latest news from the K-Pop world!