K-EXCLUSIVE: 1llionaire in New York + Signed Poster Give Away!

K-EXCLUSIVE: 1llionaire in New York + Signed Poster Give Away!

They didn’t move the crowd. They killed ’em.

Korean rap trio 1llionaire took the stage by storm at the third Asian Music Festival event on Friday, September 5th. Over one thousand fans gathered at the legendary BB Kings in Manhattan, NYC, chanted members’ names, banged their heads to the beat of the bass and joined Dok2, The Quiett and Beenzino, as the boys spat verses with ease. The trio showcased their most recent album “11:11” and performed hits including, “Rollie Up”, “가(ga)”, “11:11” and “Don’t Front”. Whenever the boys signaled it was their fans’ turn to show off their rap game, those from the very first row all the way back to the “Exit” staircase proved themselves worthy of the next 1llionaire member. 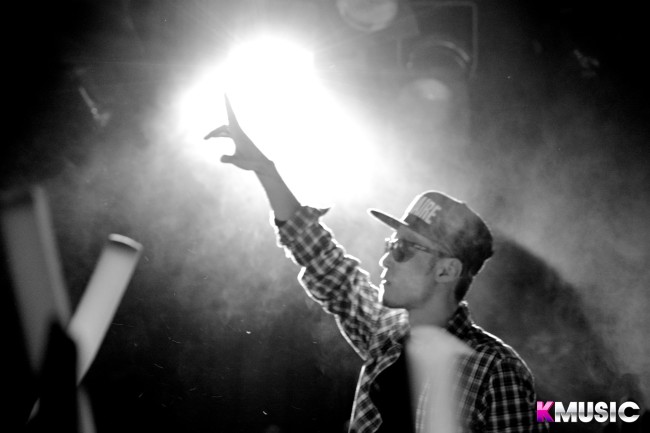 Although the show started past 10PM EST, fans began to line up two hours prior, sporting fashionable Hip Hop street wear as well as 1llionaire caps or shirts in honor of the event. What started with 5 fans, in minutes, turned into a pumped long line filled with fans from all over the country and a few from overseas. Excited to see the group perform in New York for the first time, a few fans took the time to speak to Officially KMUSIC, sharing who their favorite member is, which song they were most excited to hear and if they had the chance to say anything to their bias, what would it be?

Needless to say, the moment doors opened, the venue was filled to the brim in just minutes. The crowd screamed and cheered for 1llionaire the second they heard the all familiar beat and their infamous, unmistakable voices. The trio showed off their skill and raw talent as well as their humble and thankful side all throughout their set. Various times throughout the show, they reached the edge of the stage to acknowledge the massive crowd, stirring up even more energy as they reached out their hands, took selcas with fans and even stopped to sign some merchandise during their performances.
After the show, the boys hosted a quick meet and greet/photo session where over one hundred lucky fans had the chance to pose and say a quick message to the group. Although the line went by pretty quickly, each member took the time to greet every person whether verbally or with a smile, continuing the theme of good music and vibes for the night.

Couldn’t make it, or want to relive the experience? Check out our video below and let us know which part was your favorite!

If 1llionaire wasn’t dope enough, they hooked Officially KMUSIC up with two signed posters for their international fans! Stay tuned for your chance to win this exclusive giveaway!

A special thank you so much to SIVA Group and AMF for allowing us access!