The 2018 Changwon K-pop World Festival just took place at Deakin Edge, Federation Square, in Melbourne. It was an amazing night, and here’s everything that happened:

Andy Trieu from SBS PopAsia was the MC for the night. The judges of the night were also well-known in the K-pop community, including our very own Jae Tan. The festival started off with a speech from the Korean Consul General. Then, the performances began.

The first vocal performance was a cover of Lee Hi‘s ‘Breathe‘ by Landa Jia. The song itself is a sad one, and everyone in the audience could hear the emotion in Landa’s voice. In her interview with the MC, Landa stated that she did not start singing until her friend asked her to accompany her in a performance. Her challenge for tonight’s festival was pronouncing the Korean lyrics as she is not a fluent speaker. Check out a snippet of her performance below! 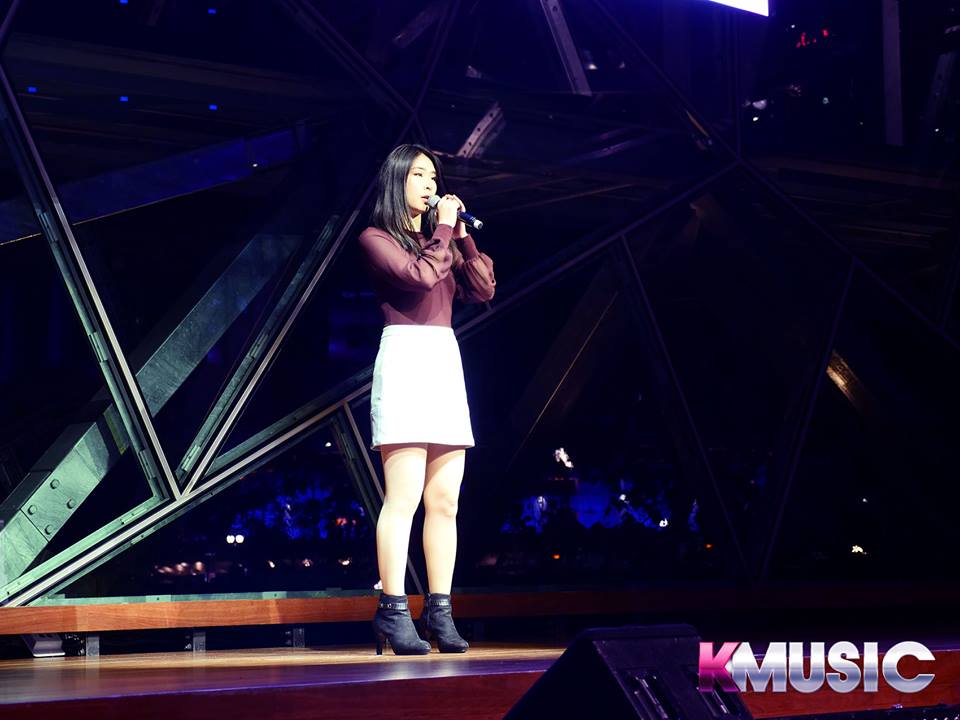 The second performance of the night was by the trio Gloss, and they performed a cover of ‘Yes I Am‘ by Mamamoo. Their performance was unique because they were the only performers who sang and danced at the same time. In their interview, they said that they would practice for 5 hours at a time every time they practised – clearly, all that preparation and dedication paid off! Check out a clip of their performance below! 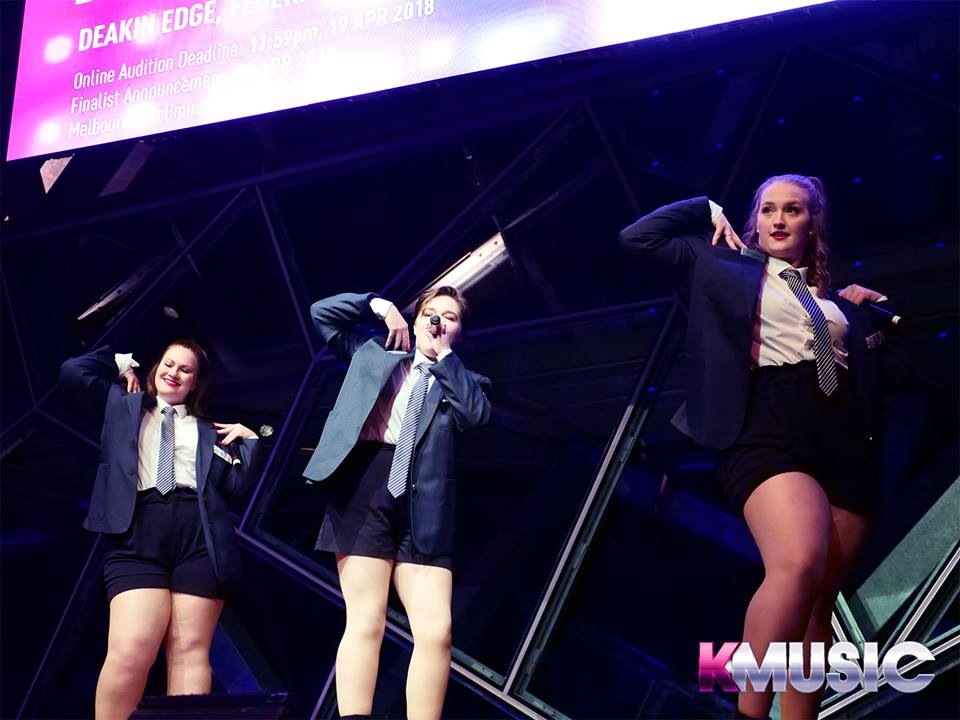 The next performers were 4N, who hailed from Sydney and Brisbane. This duo performed a cover of ‘Erase‘ by Hyolyn x Jooyoung. Their voices really complement each other, which made their performance memorable for the audience. This duo previously participated in the KCON singing competition in Sydney. When asked about the name of their duo, they stated that 4N comes from the song ‘For Now‘, which was the first song they performed together, so it has a lot of meaning for them. Check out a clip of their performance of ‘Erase’ below! 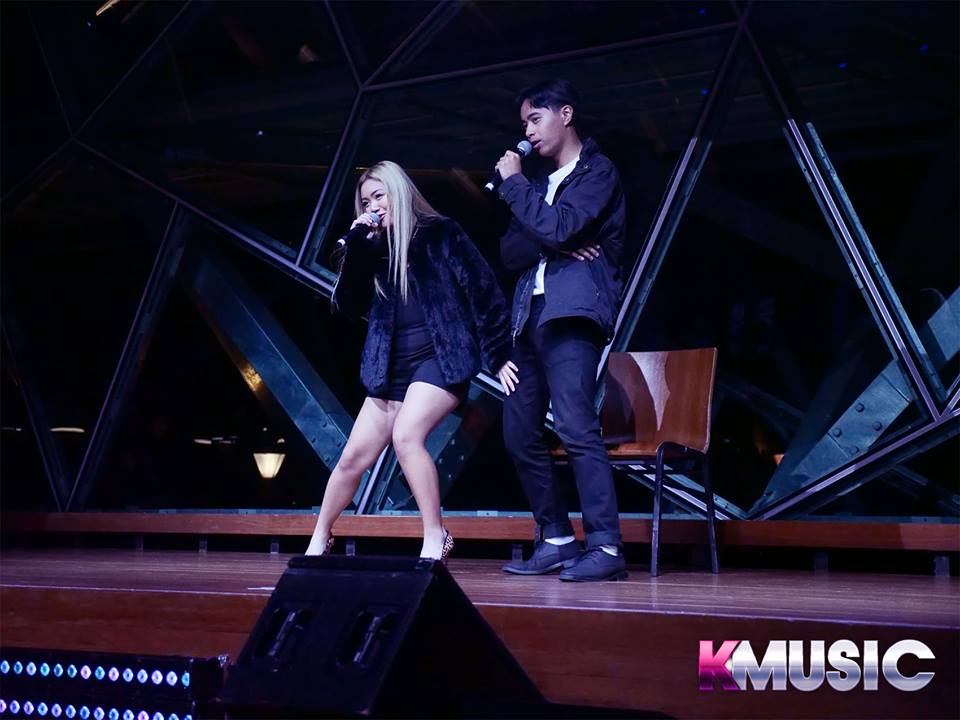 The next performance was another cover of ‘Breathe‘ by Lee Hi again, but this time it was by soloist Ha Luong. ‘Breathe‘ was a popular song among the vocal performers tonight as the song allowed singers to showcase their vocal abilities well. Ha Luong has been singing since she was singing, but she does not think she is good enough to sing professionally. However, the audience definitely thought differently as they cheered enthusiastically for her. 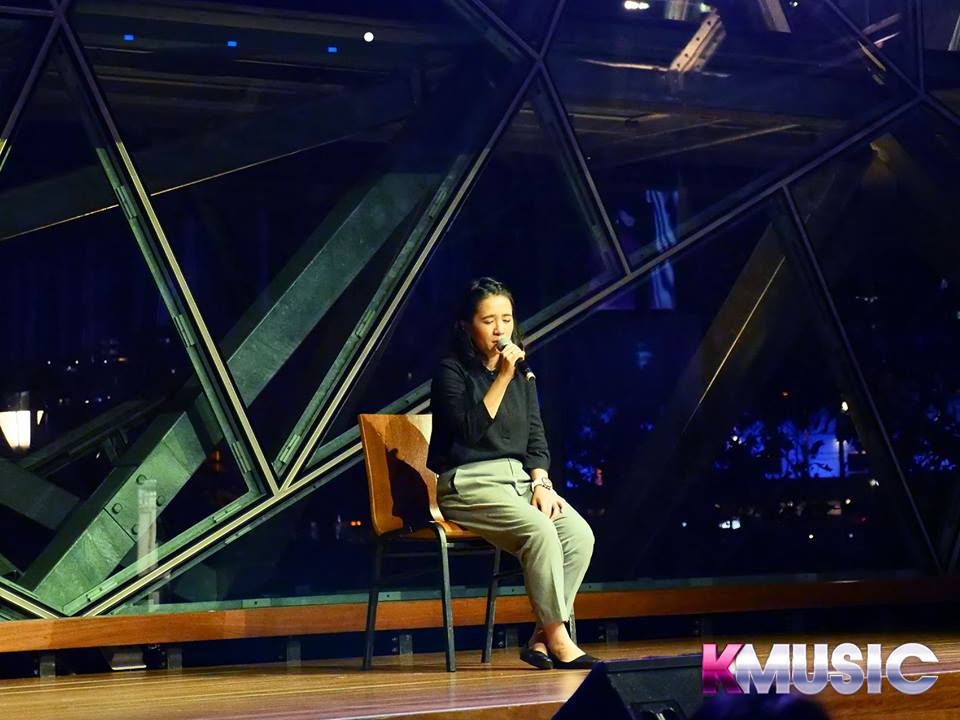 The second-to-last performer was Theodora Harijanto, who performed a cover of Jung Seung Hwan‘s ‘If It Is You‘. Her voice was strong and powerful. This performance sent chills down everyone’s spines as she projected her voice beautifully onto the audience. In her interview, Theodora also said that she would not be good enough to sing professionally, even though she sounds like a pro already! 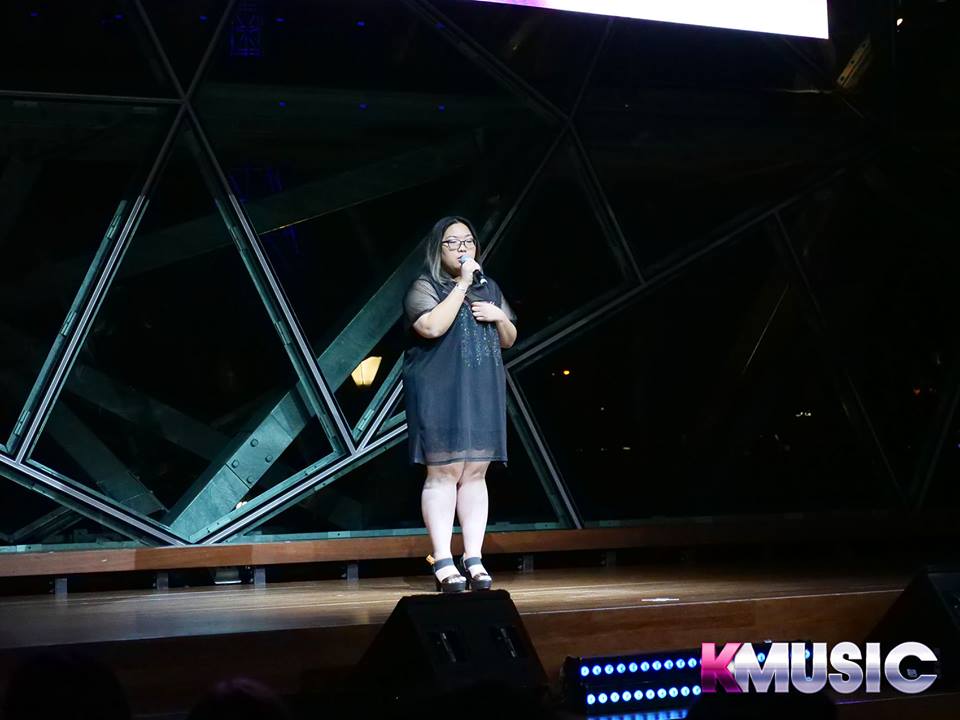 The last vocal performer was Yasmin, who has already competed in many K-pop competitions. Her cover of ‘Good Day‘ by IU reflected her sassy self, and her singing was accompanied by her own cute dance moves. Yasmin impressed the audience with her ability to hit the high note in ‘Good Day‘. This song is well-known for its hard-to-reach high note, so the audience was in awe when she successfully sang it. The audience also found out that Yasmin can speak Korean as she introduced herself in Korean. Yasmin showcased another talent during her interview – she rapped to Jennie‘s part in Blackpink’s ‘Whistle‘. Check it out below!

The first dance performance of the night was by Paradox. They danced to ‘Bad Boy‘ by Red Velvet. In their interview, they stated that they all come from different dance backgrounds. For example, the members do ballet, hip-hop, and urban contemporary. Despite this fact, they came together to give an amazing K-pop dance performance. 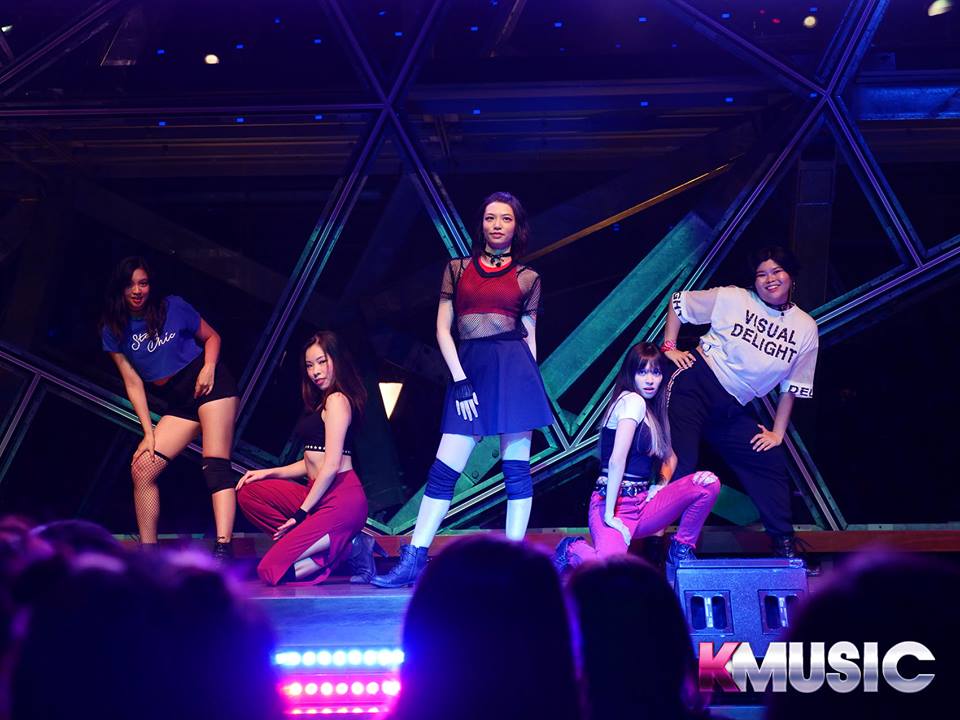 The second dance performance was by I AM Crew, and they covered ‘DNA‘ by BTS. They wore colourful clothes that made them stand out. Even though they had already covered this song last year, they enjoyed it so much that they wanted to perform it again tonight. They also hail from different dance backgrounds – one of them is even a BBoy! He got the crowd hyped up with his own special performance. Check it out below! 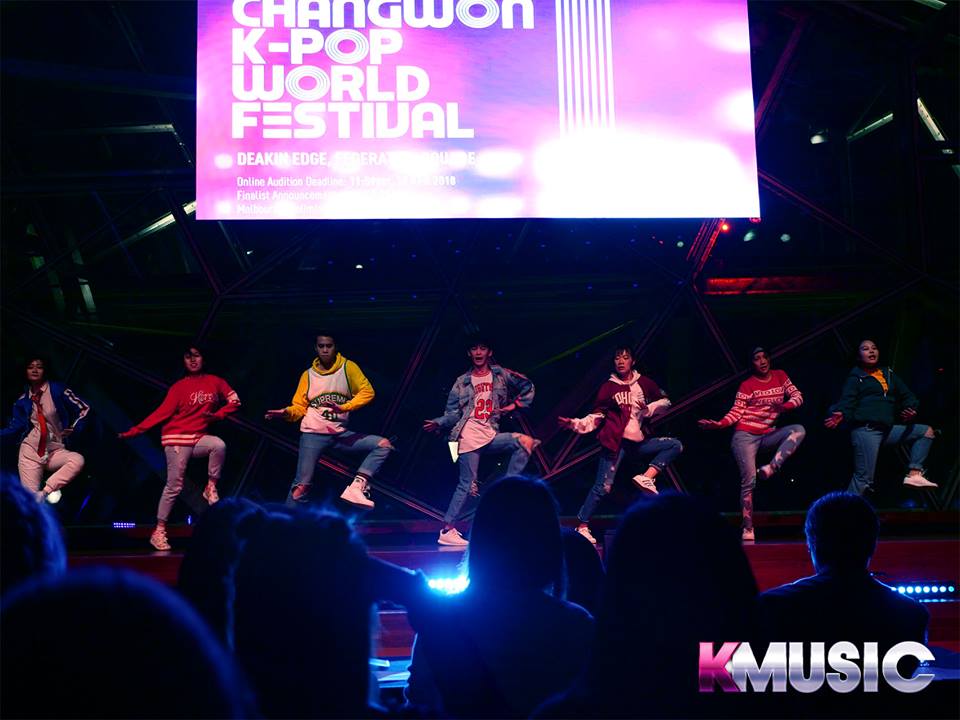 The next performance was by The Sense Crew. They surprised the audience by dancing to three songs instead of one. They started off with CLC’s ‘Black Dress‘, before moving on to Red Velvet‘s ‘Peek-A-Boo‘ and finishing with Momoland‘s ‘Bboom Bboom.’ 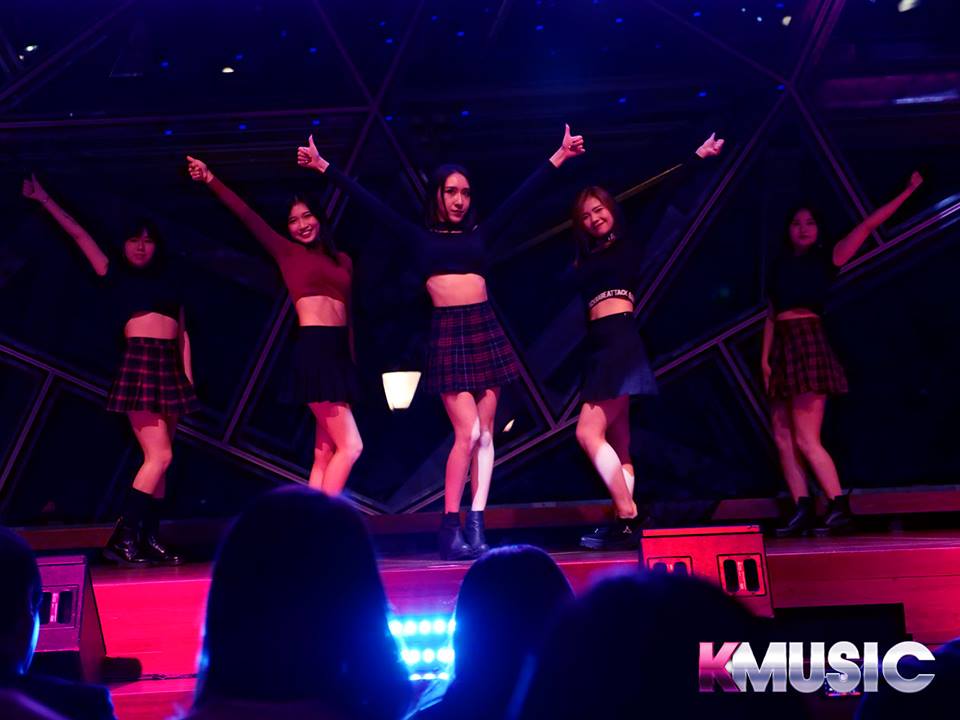 Be7 was the next performers, and they covered ‘Boss‘ by NCT U. When asked who were their favourite NCT U member, they immediately replied with Taeyong. This is because they stated that they were similar to him as they were fierce onstage but quiet and reserved offstage. 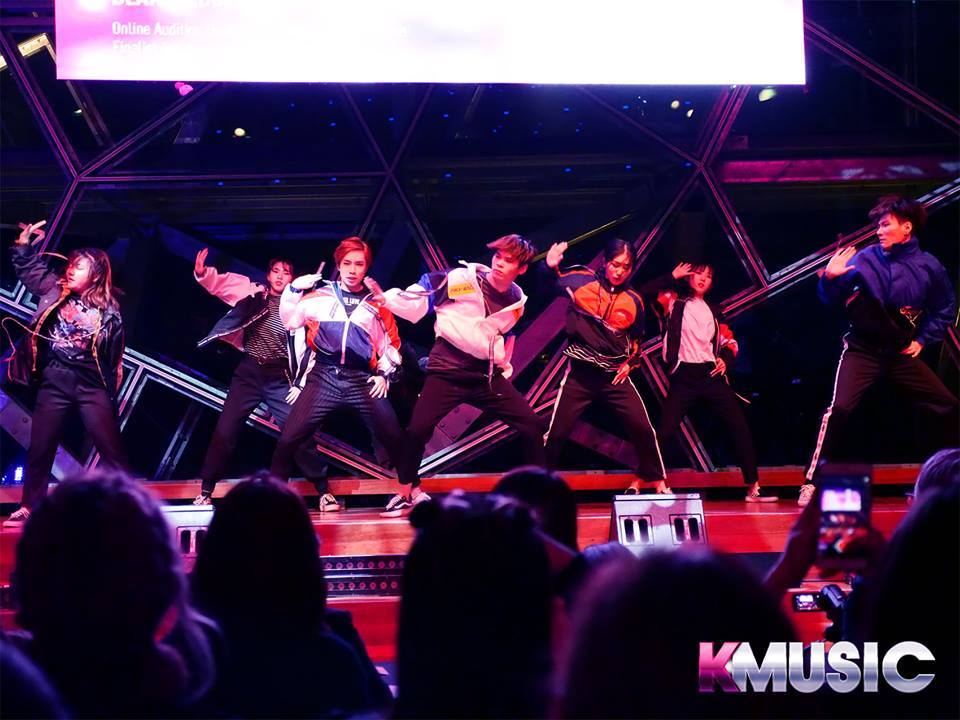 The next performance was by Melt, and they performed ‘My Flower‘ by JBJ. Their outfits were very colourful, making them stand out. Interestingly, they admitted in their interview that the smallest age gap between the members was one minute, and the biggest age gap was 19 years. 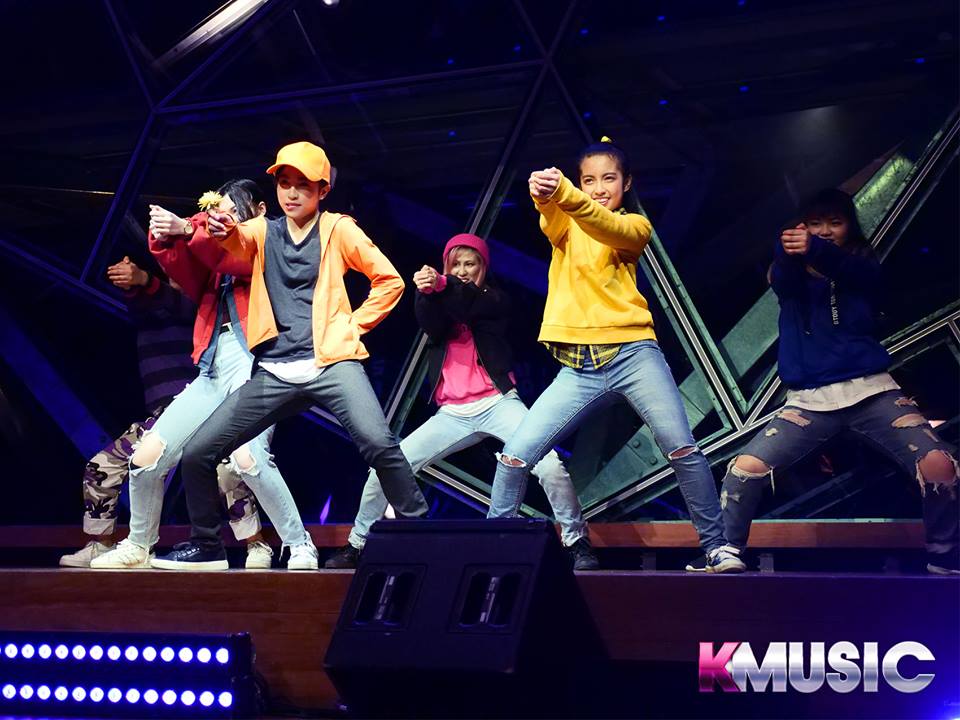 ‘Black Dress‘ by CLC was performed once again tonight, but this time by Dare Crew. Dare Crew just celebrated their first anniversary as a dance group, so this was a big milestone for them. 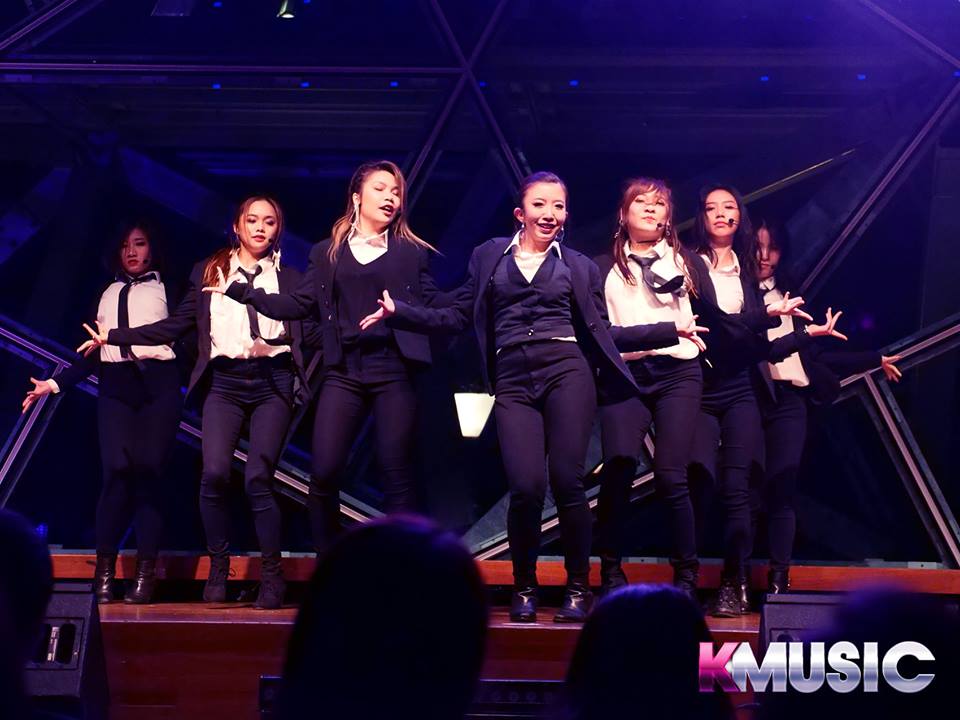 The next performer was Aurora Dance Crew, and they danced to ‘La La La‘ by Weki Meki. Almost all the members got solo bits in the dance, so individual members had time to shine. 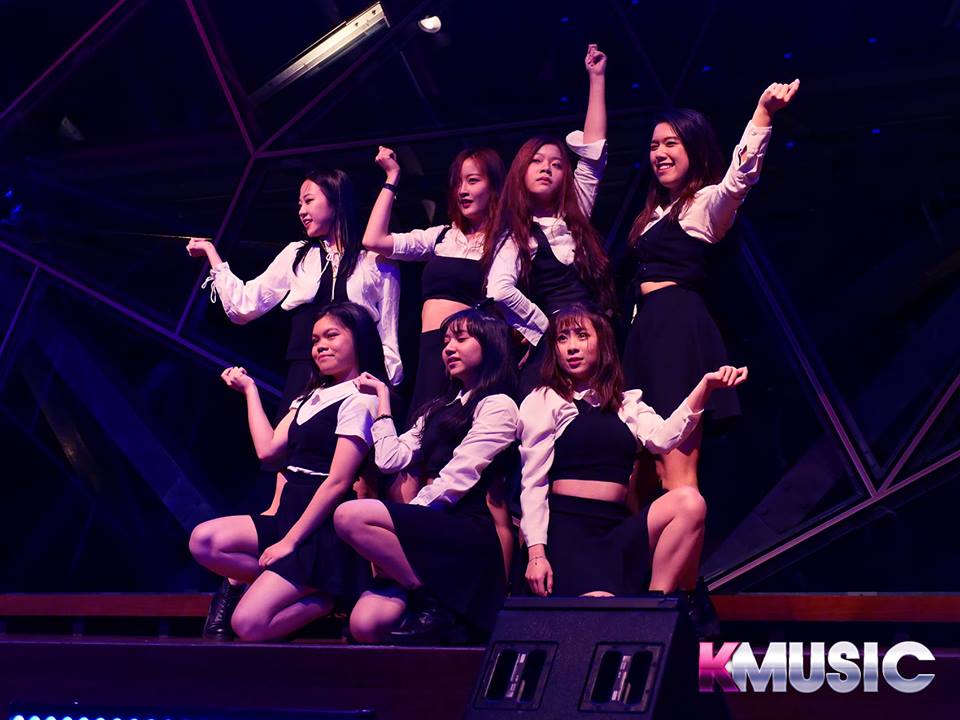 BYS Shuwagger were the next performers. They performed ‘Clap‘ by Seventeen. Seventeen is known for their synchronisation, so the audience enjoyed seeing this performance being synchronised. The member line-up changed once again, as BYS Shuwagger said in their interview. 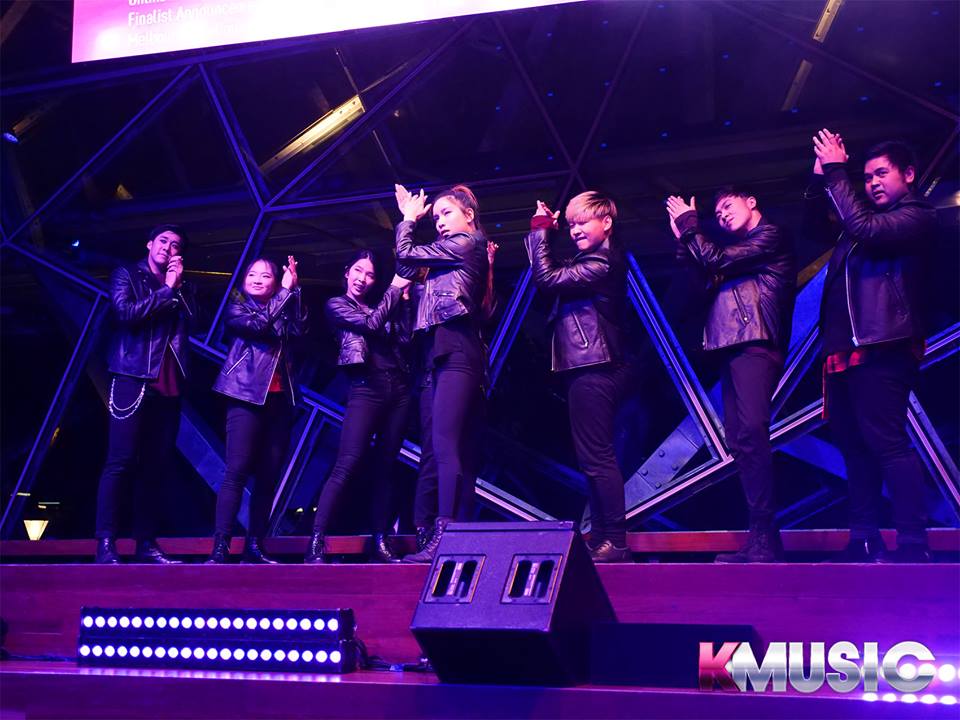 CLC’s ‘Black Dress‘ was performed for the third time tonight, easily making it the most popular song among the performers. It was performed by Hustle. Hustle is well-known in the Melbourne K-pop community because they performed on the same stage as Ailee during the Asia PopFest 2017. 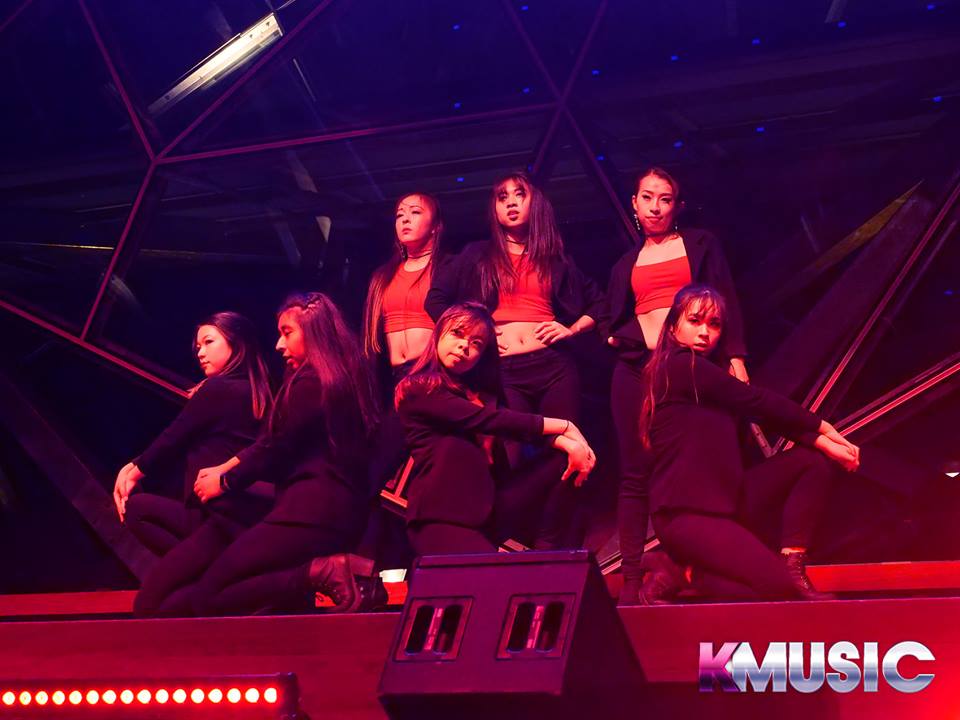 The second-to-last performer was Pulse Dance Crew. They performed ‘Sense‘ by UNB, and they were very energetic when they danced. The atmosphere was hyped up, especially with the strong beats from the song. 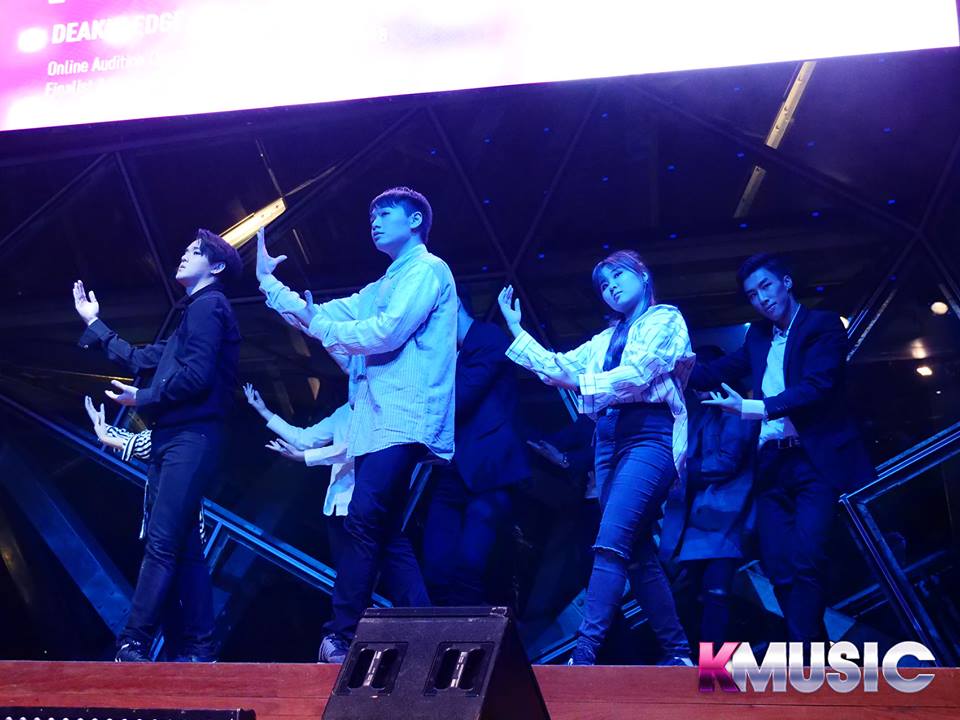 The last performers of the night were KM United. KM United is also well-known in the Melbourne K-pop community because they have participated in the K-pop World Festival for many years already. They performed ‘Boss‘ by NCT U, another popular song of the night. Their outfits looked like proper uniforms as they sewed the red flags on by themselves. Red is their official colour, and they clearly had fans in the audience. Many members of the audience were wearing red to show their support. KM United also surprised the audience with a short dance cover of NCT127‘s ‘Cherry Bomb.’ Check it out below! 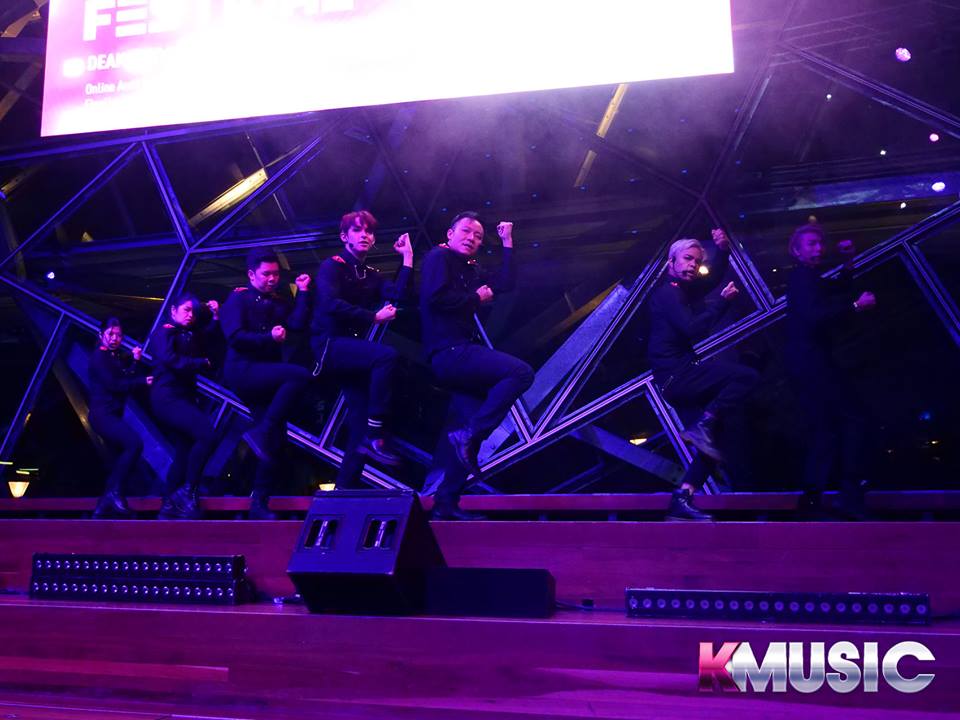 While the judges were deciding who to crown the winners of the night, AO Crew made a special appearance! AO Crew were the winners of the 2017 Changwon K-pop World Festival, and they came tonight to give the audience a special performance. They danced to MONSTA X‘s ‘Jealousy‘, NCT U‘s ‘Baby Don’t Stop‘ and EXID‘s ‘Lady.’ Since their win last year, they have continued to dance and perform at events. 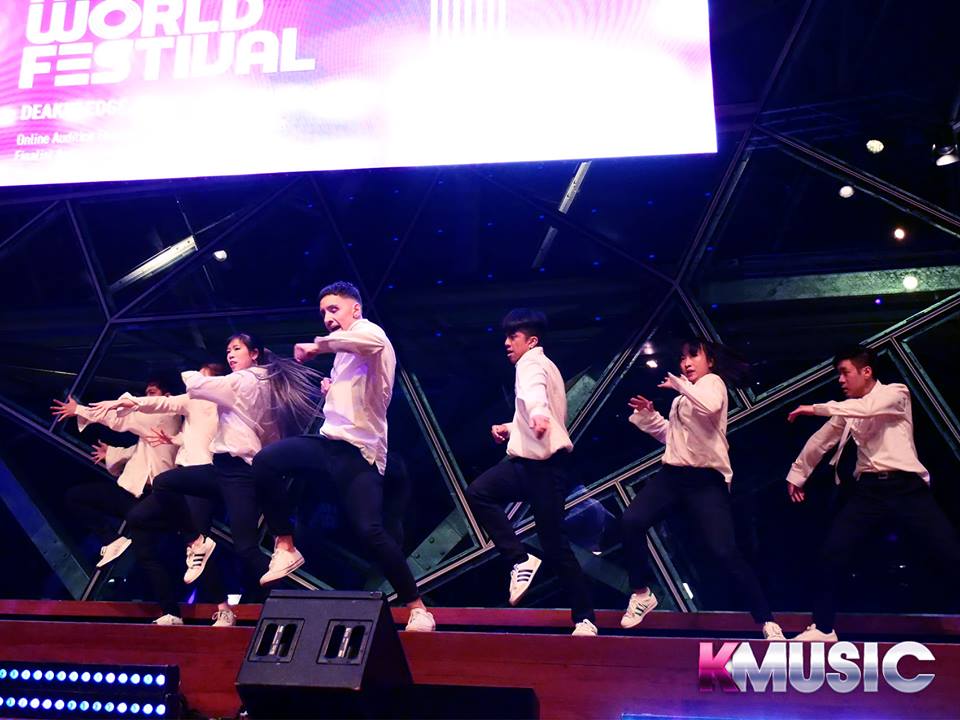 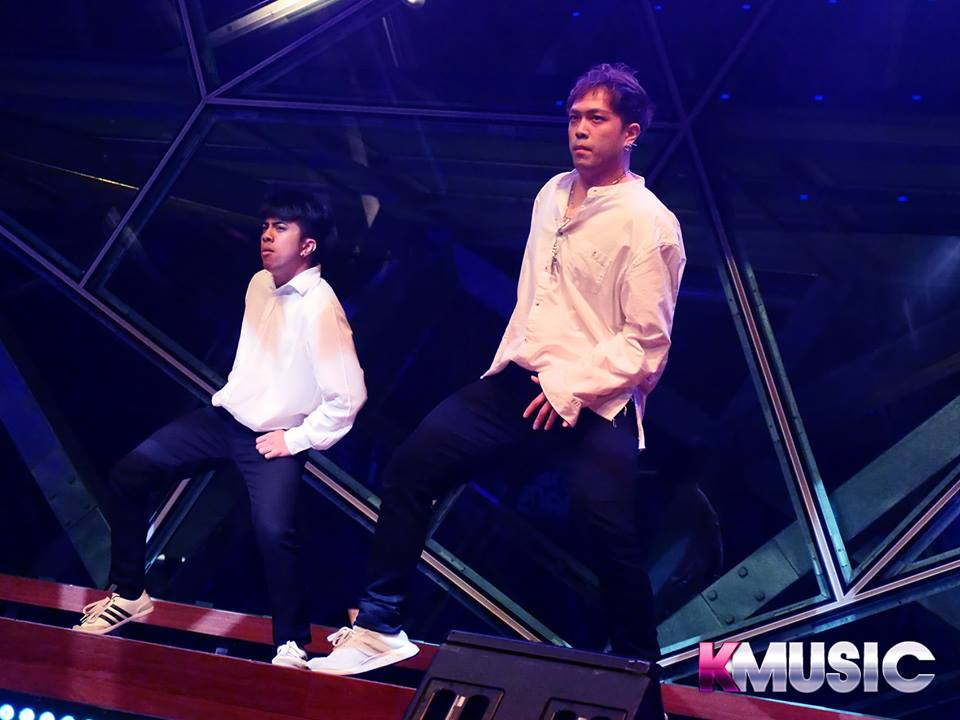 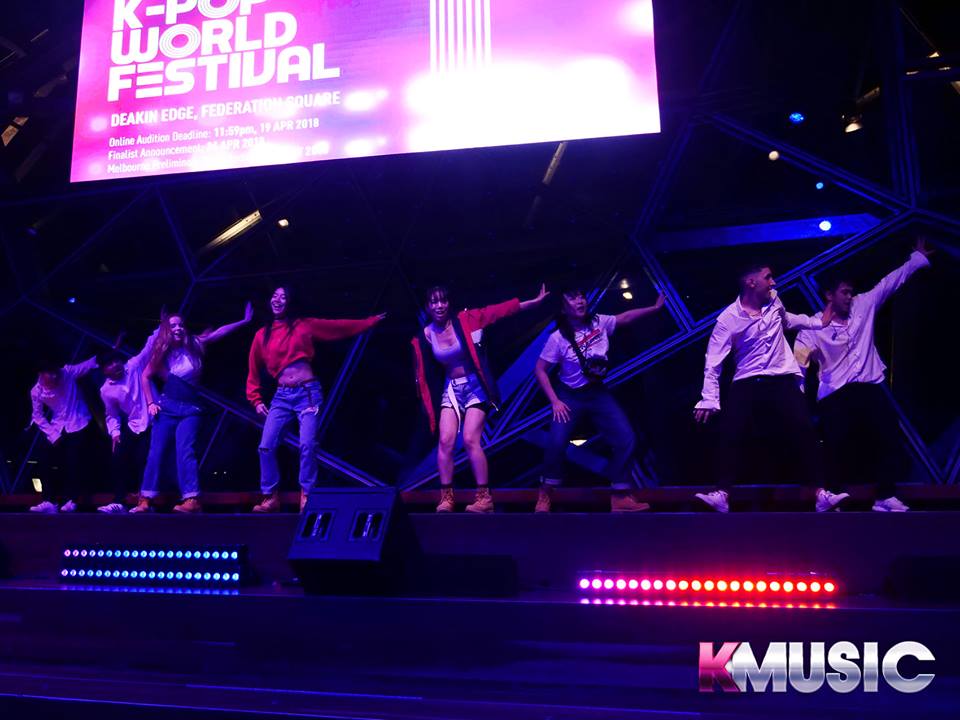 And the winners are…

It was finally time for the Consul-General to announce the winners for the night. The winners would be flown to Changwon to perform at the K-pop World Festival there.

All the performers were gathered onto the stage for the announcement. 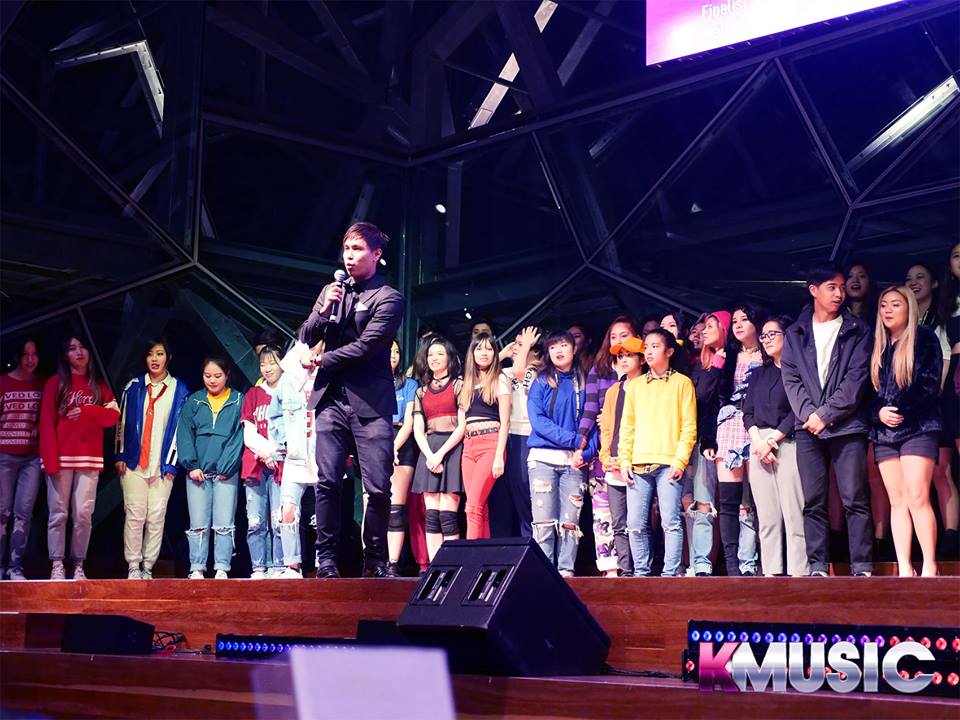 For vocal performance, the winner was Gloss! Their performance of ‘Yes I Am‘ by Mamamoo definitely stood out as they were able to sing the song and dance to the choreography at the same time. 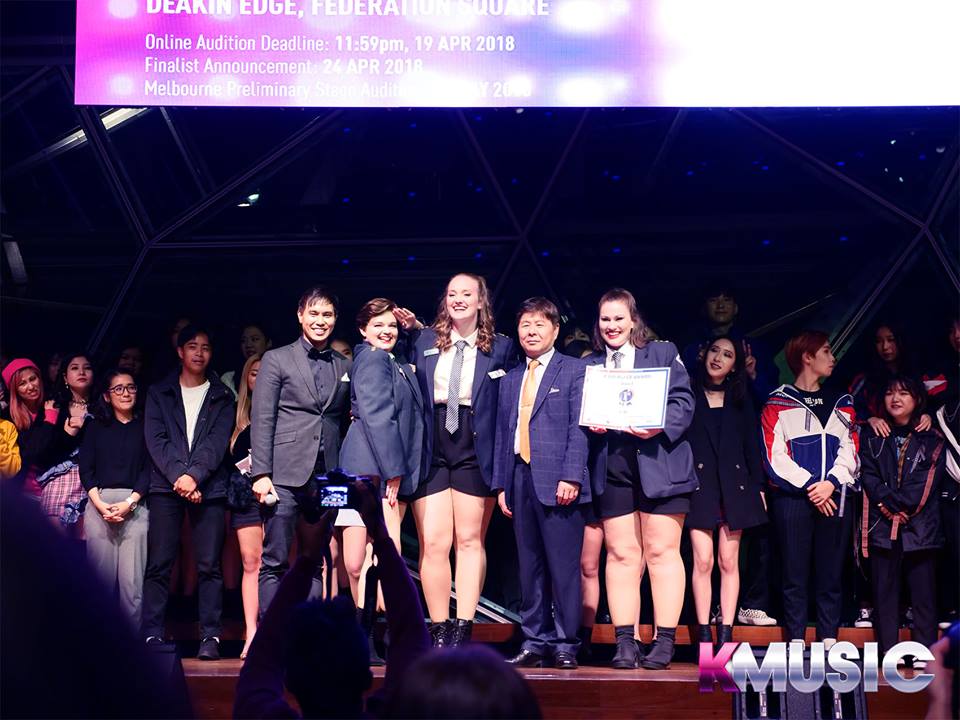 For dance performance, the winner was Pulse Dance Crew! The energy they showed during their performance of ‘Sense‘ by UNB was one of a kind. 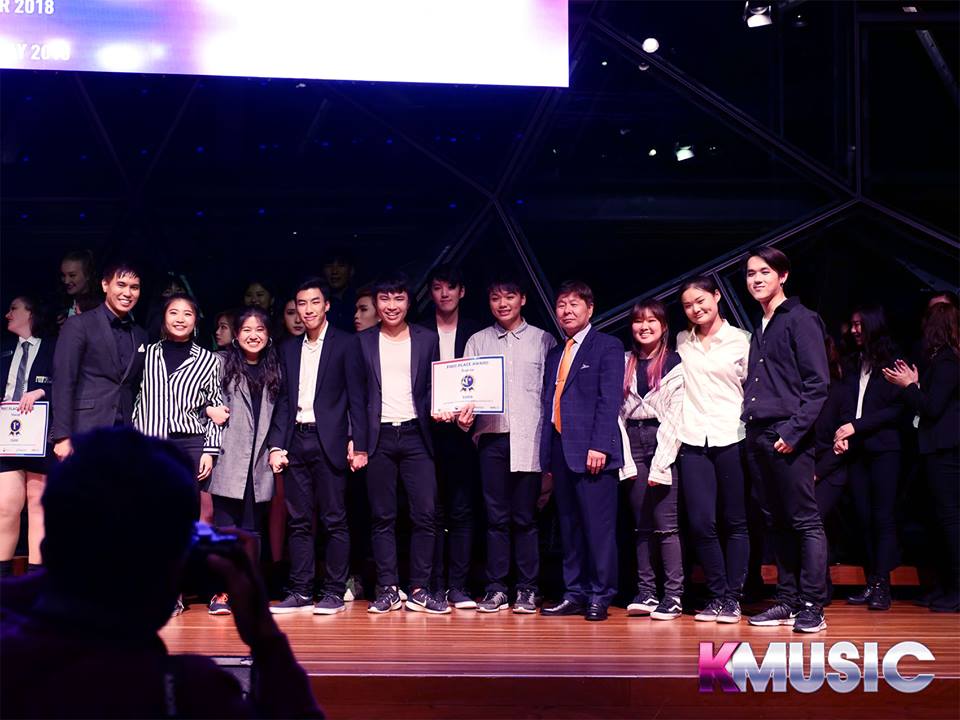 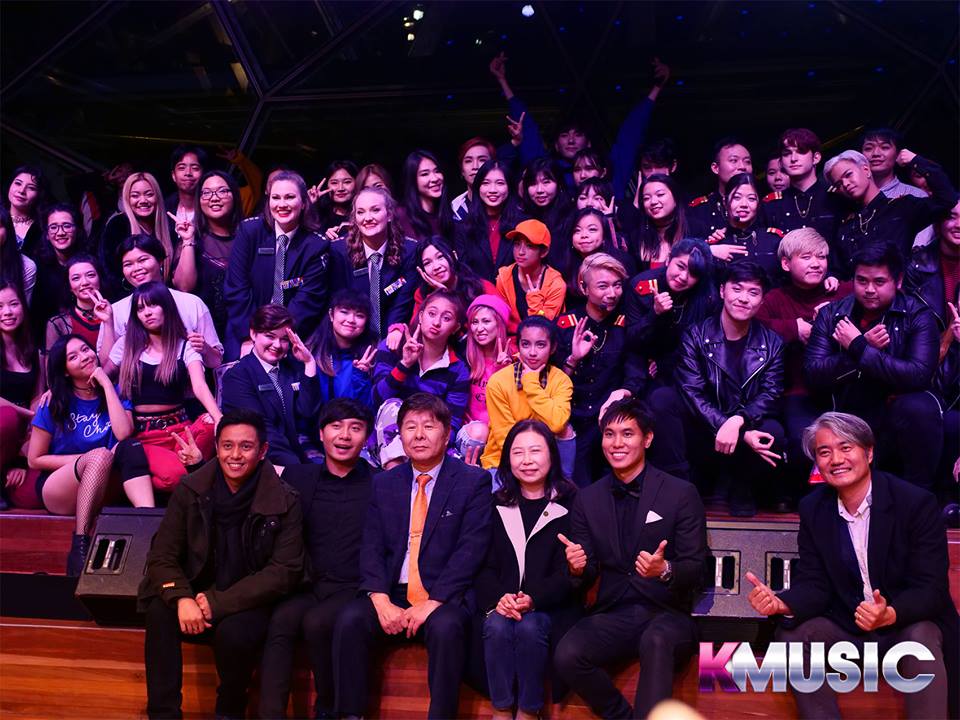 What did you think of the 2018 Changwon K-pop World Festival? Let us know in the comments below! We would also like to thank the Korean Consul General for giving us the opportunity to cover this magnificent event.

You can check out the rest of the photos here!