K-EXCLUSIVE: 24K Heat Up The Venue With Their Energy at Concert In Essen

K-EXCLUSIVE: 24K Heat Up The Venue With Their Energy at Concert In Essen

On the 13th of August, 24K held a concert in Essen, Germany as part of their ‘2018 Still With 24U’ world tour which is already the group’s third European tour since their debut in 2012. To some, Essen might seem like an odd choice of a city but to the very large and very engaged K-pop community in the area, Essen was the perfect midway point. The Essen concert was also one of the most sold out cities on the entire tour which proves to show how large 24K’s fanbase in Europe is and their dedication to supporting their favorite group no matter where they go.

Even after a long day of waiting outside the venue with rain and thunder, fans did not let that bring their excitement down. They welcomed the boys on stage with deafening screams and very high energy. The group began the concert with a performance of one of their most popular songs; ‘Super Fly’. Although, fans were shocked to see only five members entering the stage with one of the members, Hongseob, being absent. The members later revealed that Hongseob was not feeling very well and would not be able to take part in any of the performances. This news was received with large “Aww” from fans who prayed for Hongseob’s fast recovery.

The members then slowly began to introduce themselves starting with Changsun who hyped everyone up and promised an amazing time at the concert. He ended his introduction by saying: “Should we all scream very loudly together?” The crowd did not disappoint with their screams to which Changsun responded: “I think that should be enough for today. Dankeschoen! (Thank you in German).” Next was Jeong Uk who assured fans that this will be an unforgettable experience for everyone by saying: “I think more than half of the crowd here today are attending a 24K concert for the first time and I guarantee that for those people, tonight will become an unforgettable memory in their lives.” 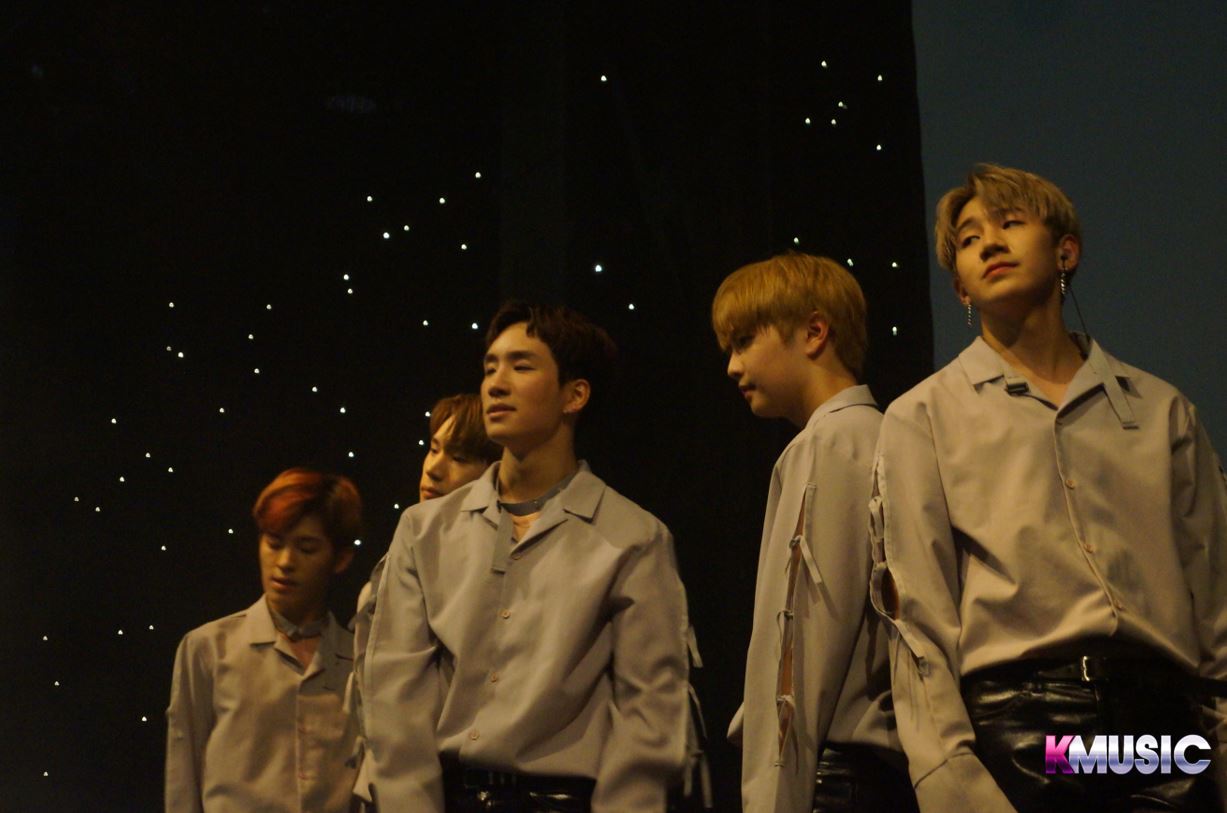 Afterwards it was Jin Hong’s turn who reassured fans about his health by saying: “Many people were asking me today whether I was okay or not and the truth is Cory and I actually have very sore throats, but today I’m prepared to go crazy with you guys even if that means I would lose my voice, so I hope that you guys will also enjoy tonight.” Ki Yong, the group’s youngest member and newest addition, reminded fans of the importance of safety by adding: “Let’s not hurt ourselves today and enjoy the night so that today becomes a wonderful memory for us all.”

Finally, the last member Cory wrapped up everyone introductions by saying: “If anything, I want you guys to leave tonight with no energy left. Somebody said they’re not ready for that, I think. If you’re not ready for it, then you should not have come here!”

Despite everyone’s excited and positive introductions, Hongseob’s absence could still be felt on the stage so Cory continued on to say: “Someone is missing, right? Our Seobbie is very sick right now. He tried to regain his health to get back on stage with us tonight but unfortunately, it’s not happening the way he wanted it to, but we do have a special surprise for you. The man actually wanted to come up and say hi to you guys anyway.” Fans then began to very loudly chant Hongseob’s name with help of Cory. Hongseob then appeared on stage and introduced himself saying: “I wore a 24K hat and a 24K mask to see you guys today. Thanks to everyone’s worries I am slowly getting better. I will definitely come back to Germany next time and enjoy the night with you all.” He went on to add: “Our CEO actually told me that I shouldn’t ruin tonight’s atmosphere, so I will heat up the atmosphere again before I leave.” Hongseob then proceeded to do something that he does at almost every concert, he began to loudly announce: “Ladies and gentlemen, welcome to the 24K show! The next stage is very very hot! Do you want to see the next stage? If you want then, I say, are you ready? And you say, yes. Everyone together. Are you ready?!” The crowd began to scream “Yes” so loudly to the point that Hongseob could almost not be heard on stage anymore. 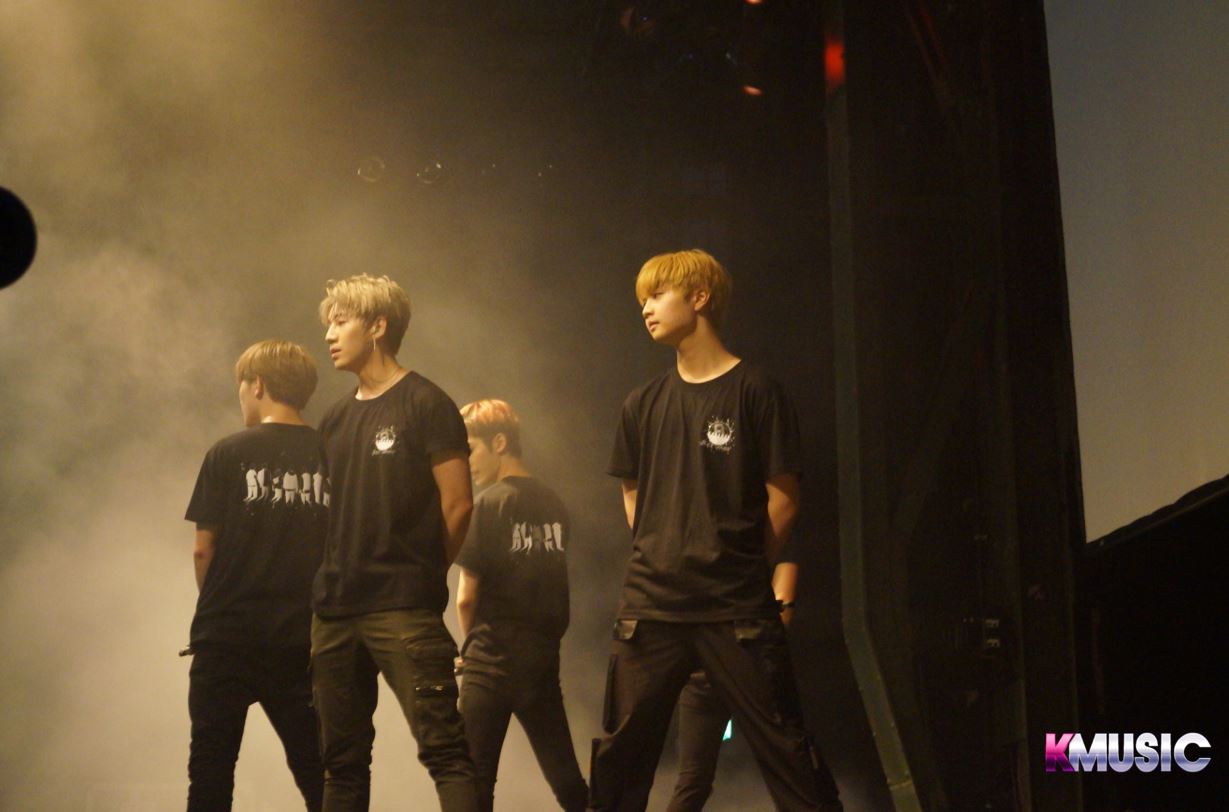 The concert then proceeded with various impressive live performances of many of the group’s songs starting with their latest release; ‘Bonnie and Clyde’ and ending with one of their more upbeat songs; ‘Only You’, produced and written by the two members Cory and Jeong Uk themselves. One of the biggest highlights of the concert was a VCR played of the member Kisu who could not join the rest of the group during the Europe tour due to his impending military enlistment. The VCR showed Kisu performing a song titled ‘To. For You’ that he wrote himself for his fans, who are also known as 24Us. Kisu’s performance immediately had fans waving their lightsticks to the melody of the slow song and some were even tearing up at this sweet gesture Kisu had prepared for them. Another highlight was the group’s various unit performances where the members split into three units including a rap, dance and a vocal unit. The dance unit performed first, and it included the members Changsun, Jeong Uk and Ki Yong performing to songs such as ‘Mi Gente’ by J Balvin and Willy William and ‘DDU DU DDU DU’ by Blackpink. Afterwards came the vocal unit that included Jin Hong and Cory who performed their own live rendition of ‘Jealous’ by Labrinth. Then finally, the rap unit including Jeong Uk and Cory performed ‘Olleh’ and ‘Monkey Wrench’ which are both songs produced by both members themselves. What was most impressive about this all was the members’ genuine interest in the fans’ feedback on their performances as units as Jin Hong later came up on stage and personally asked fans which unit they preferred and what kind of performances they would like to see of 24K in the future. This goes on to show how 24K is a group that is willing to work and improve themselves to satisfy their audience’s needs. 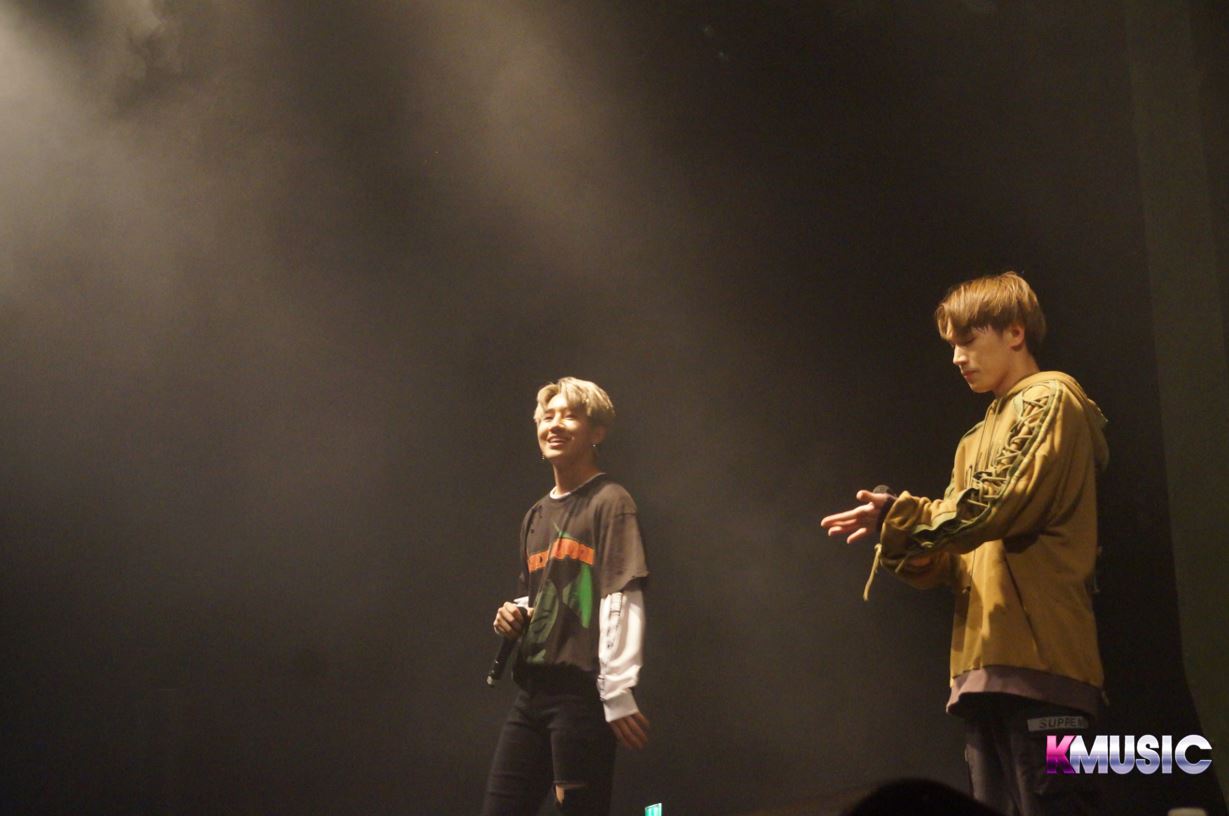 Overall, The concert was filled with little unforgettable moments like MC Hongseob’s special surprise, the members throwing balls that were signed by them to the crowd during their encore stage and last but not least, the birth of the new 24K meme; the spinning stage light dance.

We at Officially Kmusic would like to thank SKeY ACE  and Choeun Entertainment for bringing 24K back to Europe again for the third time and for creating a ton of pleasant memories for everyone involved whether it be 24K themselves, staff members or fans. Make sure to support and follow 24K on their official social media accounts!

Scroll for more
Tap
K-EXCLUSIVE: DAY6 wrap-up their Australian tour with a phenomenal set at the Enmore
K-EXCLUSIVE: 11 things you NEED to know about Wanna One’s concert in Melbourne!
Scroll
Loading Comments...