[K-Exclusive]: A “Healing” Evening with The Rose 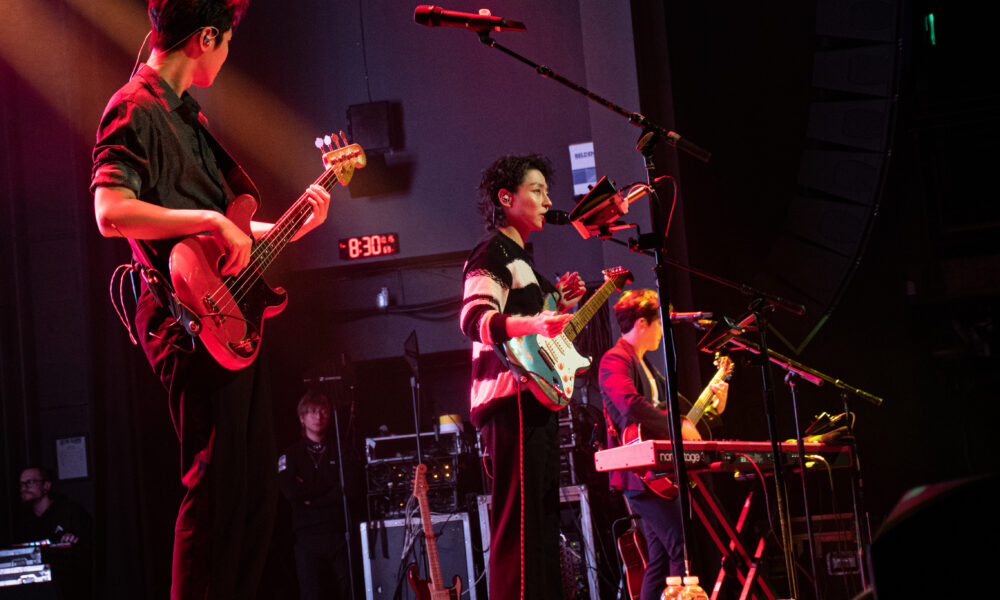 [K-Exclusive]: A “Healing” Evening with The Rose

After a three year wait, The Rose made their return to Minneapolis for their second world tour, “Heal Together,” on Saturday, October 15th. A few technical difficulties and freezing temperatures outside did not stop the sold out crowd of fans, known as Black Roses, as they welcomed the band back to their town.

With a solid opening, the crowd lit the room up, waving their lightsticks to the melancholy voices of Woosung, Jaehyeong, Dojoon and Hajoon. The band blew through their discography, with the upbeat tempo of songs like “Red,” the melancholy tune of “Time,” and even their debut track “Sorry” being performed for the audience. The atmosphere was full of anticipation as each passing song had an energy of its own, with Black Roses singing along in unison. From intro to end, there was no shortage of emotion, especially so when it was revealed that bassist Jaehyeong helped with the creative process of their song “See-Saw,” one of the latest from their recent full length album Heal. A sea of lights lit the room for the sweet ballad “Beauty and the Beast,” as the swoon-worthy track had the members emphatically admitting their love towards their fans.

Revealing that amongst everything, music gave meaning to their life, the group made sure to convey that music was the bridge that they felt helped build a stronger connection to themselves, and to the world (and their fans). Nearing the end, The Rose closed out the concert with “Sour.” Before departing, however, the four members also brought and gifted roses to their beloved Black Roses.

Amidst waves of goodbyes and chants for an encore, the night came to a successful, yet sad, close. The Rose made their official debut in 2017 as one of a few renowned Korean bands, and released their first full length studio album on October 7th, just before the start of their latest world tour.

Special thank you to The Rose and team for allowing us to attend and cover the show, and make sure to head over to our Facebook page now to check out all photos from the show!