Fans of Kevin Woo, James Lee, and FYKE were in for a night to remember on August 24th at the El Rey Theatre in Los Angeles, CA, where the trio of artists performed the first of two stops of their US tour. As Kevin and James’ first time performing a concert solo, it was an emotional and unforgettable night for them, too. 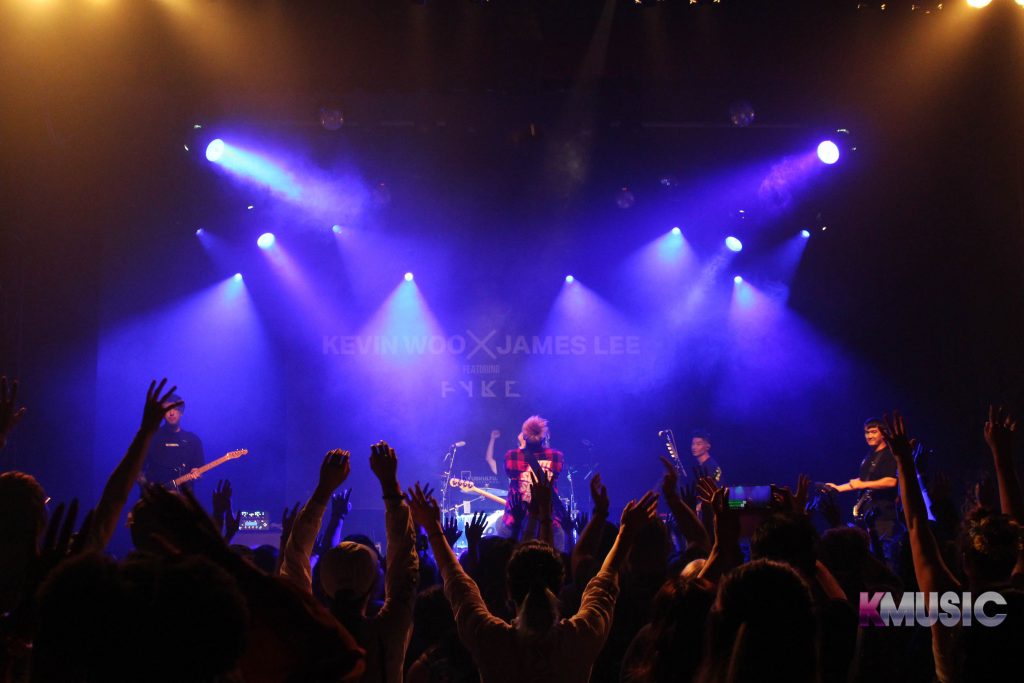 Kicking off the show, the band FYKE hyped up the crowd with some of their biggest hits, such as Till The End, Insecure, and Favorite Mistake. They gave it their all, pouring their hearts into each song, and even spoiled the fans with some great fan service – front-man Enik could be seen giving out plenty of high fives to the audience. As a special surprise guest, the band also brought out f(x)’s Amber Liu to perform their song Get Myself together. The band also performed The Edge, which was co-written and co-produced by Enik and James Lee. FYKE performed a total of seven songs, ending their set with a bang, performing Anti Social, which is one of the songs off their latest album Disorder. 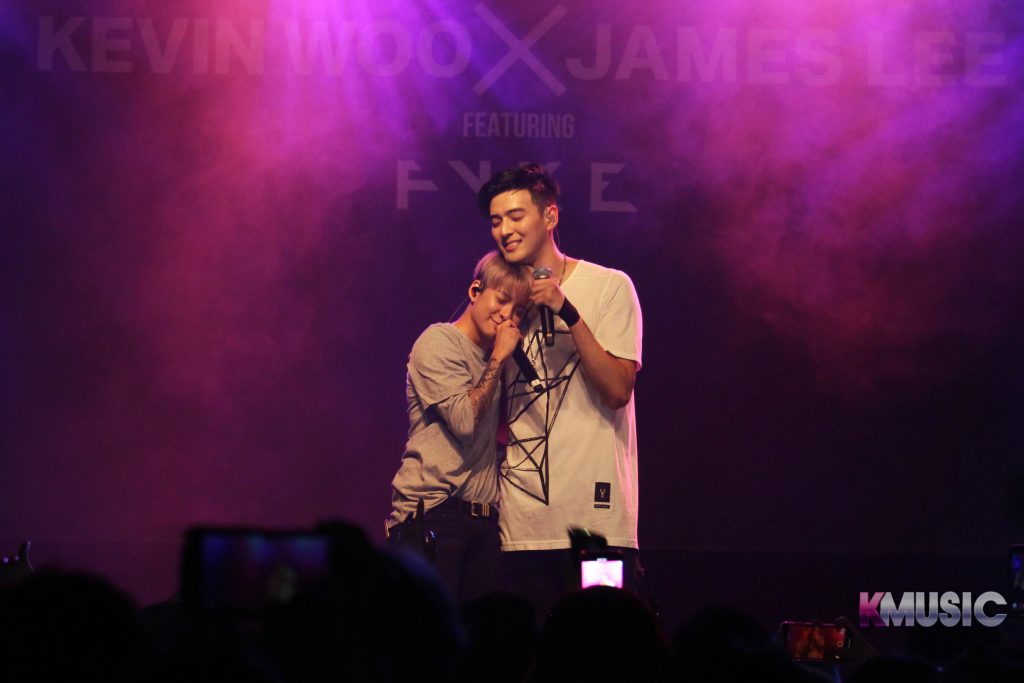 After a short break, the next act was up – James Lee. The former Royal Pirates member kicked off his set with the song Mad. James slowed things down in the beginning with some mellower songs such as Let’s Get Away, off his debut solo album The Light, showing off his soothing vocals. He also made sure to get the audience on their feet, jumping around the stage while performing songs such as Anxiety, and as a former band member, it’s no surprise that James would want to bring others on stage with him to perform. As a treat, Amber returned to the stage for a special performance of their duet Perfect, and FYKE’s Enik also returned to the stage for a special performance of James’ song The Light. Not falling short on fan service, he also premiered his upcoming release Alright for the audience. He ended his set soon after, leaving fans riding high on the atmosphere, waiting for the final stretch of the show. 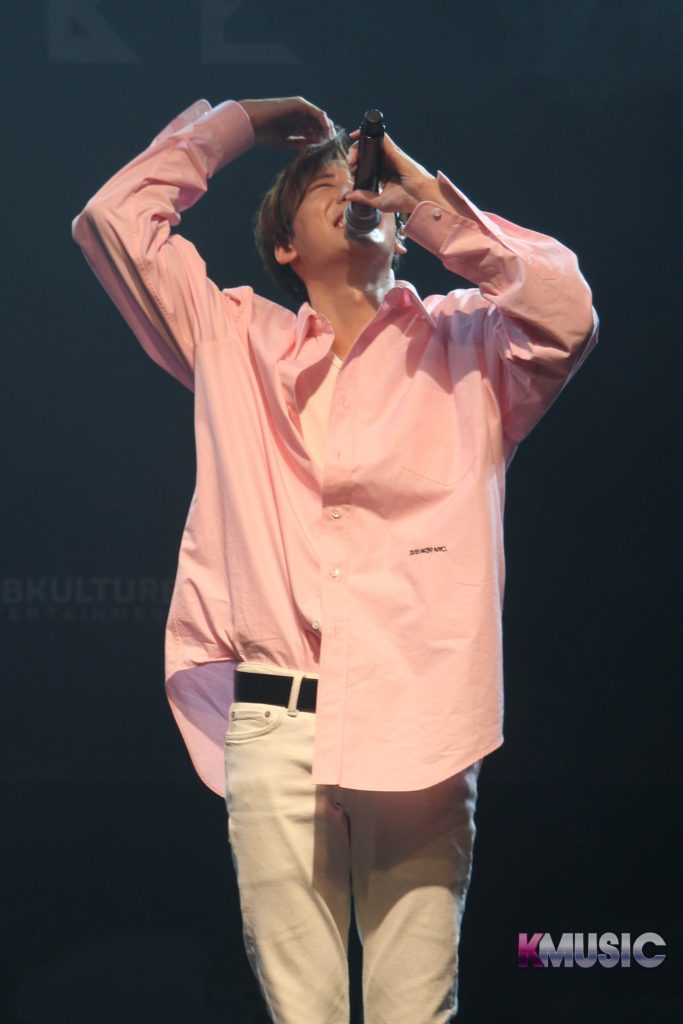 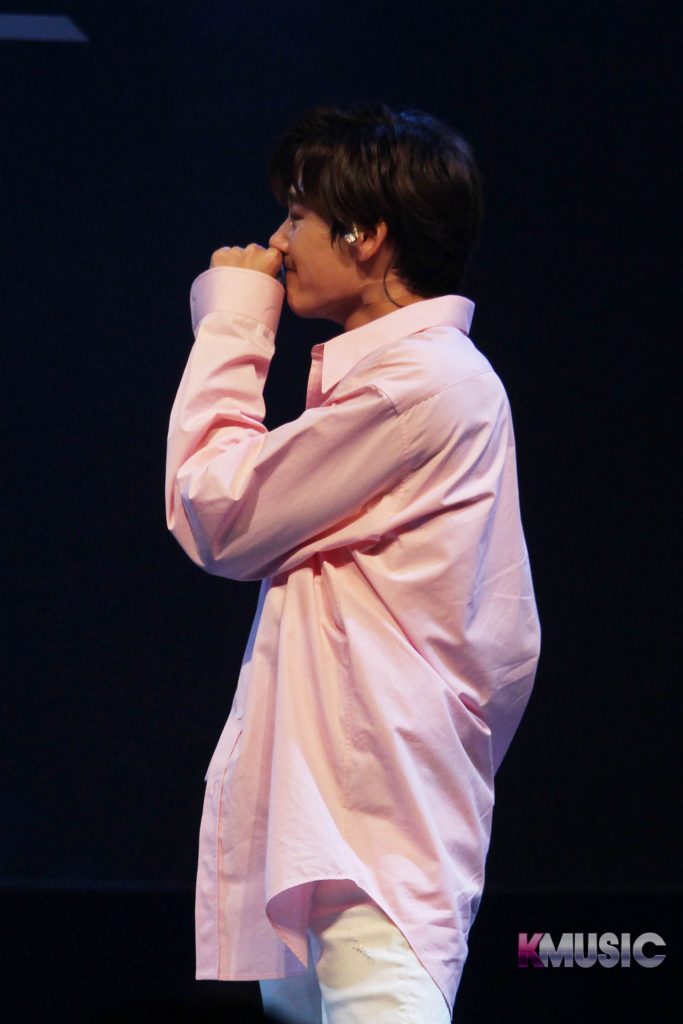 Finally, the lights cut again, and the screams amplified. The uptempo beat of Freedom begun as Kevin Woo, along with his backup dancers, took the stage as the last performer of the night. As a former U-Kiss member, Kevin carried the idol stage presence through even in his solo performances. Dancing and singing without breaking a sweat, the now-soloist kept the audience jumping on their feet throughout his whole set. He performed some of his hit songs such as Beautiful Day, which was his first Korean single, and Dreamer, a single from his second Japanese album Treasure. Like the others, Kevin also brought out special guests of his own. As a fellow tour-mate and one of his best friends, James joined him on stage to perform their song Falling, and he even brought out popular Youtube personality JRE for a quick dance-along. Since this was Kevin’s first time performing on the West Coast as a soloist, it’s unsurprising that he got a little emotional during his set, reminiscing his dream of being back in the states and being able to tour with his best friend. He stayed strong, though, with the words “I can’t ruin my makeup!” As a former idol, fan-service was also a given – throughout the night, several hearts, handshakes, and high fives were given to the audience, and as a special performance, Kevin also brought a fan, Leah, onstage to serenade her with a cover of Bazzi’s Mine. The show ended with a performance of Kevin’s song Ride Along, and an encore performance of his opening song Freedom. 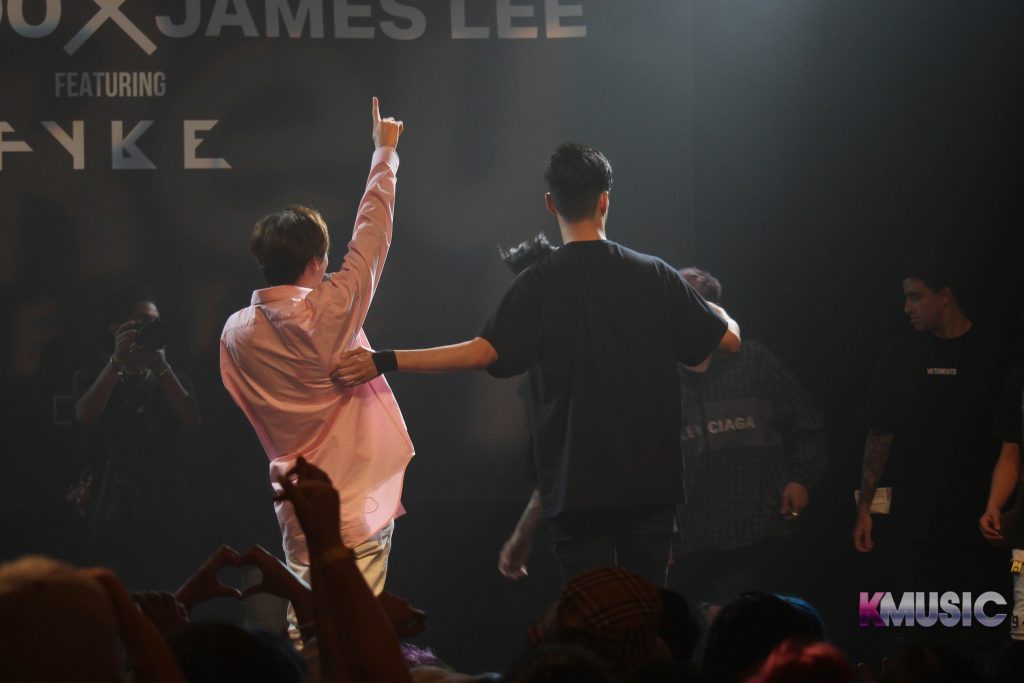 The night closed with Kevin, James, and FYKE taking the stage together to give a final bow and take a commemorative photo, followed by exclusive fan engagements for all of the attendees. Prior to the show, we were also able to sit down for a quick interview with Kevin, James, and FYKE, which will be posted shortly. Special thank you to SubKulture Entertainment for allowing us to attend the show!
Article by Ephney Tsai & Kortney Kendall

Scroll for more
Tap
Dreamcatcher is Coming to Sydney and Melbourne in 2 Weeks
Time to Get “Dumb Litty” with KARD!
Scroll