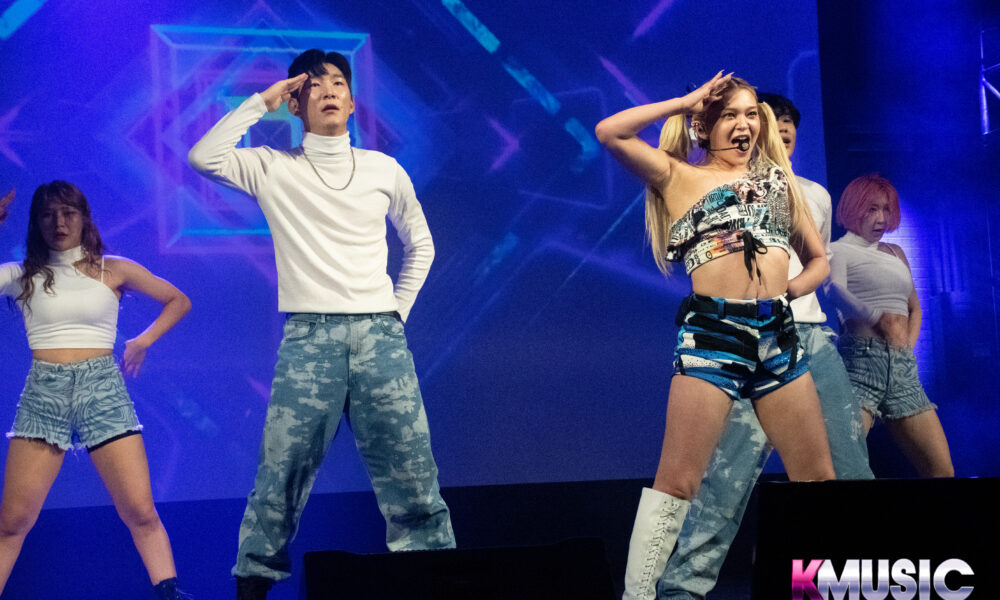 Tulsa native AleXa made a stop in her home-state of Oklahoma on her first U.S. tour on October 25th at The Tower Theatre. Being the first kpop idol to perform in the state of Oklahoma, she has paved a way for others to follow their dreams despite everything.

Opening with “A.I Trooper,” a self-titled anthem to her fandom, AleXa lit up the stage as she greeted fans, before launching straight into her debut track, “Bomb.” Aside from her A.I Troopers, mixed in the crowd were some of the singer’s hometown friends, classmates, and acquaintances, as well as her parents. All of these familiar faces made the night even more special. Midway through the show, the audience got a surprise teaser of her upcoming album, to be released in November. As a quick preview, AleXa performed two of the six tracks on the album, one of which was “Endorphins,” a song with an upbeat tempo. Aside from the fast paced songs that easily show off AleXa’s dancing and performance, she also changed things up and switched from powerful dance tracks to the softer melody of songs like her self-written song “Please Try Again,” off her latest album.

Taking another brief break from performing, AleXa shared her genuine sincerity for the continuous love and support from her fellow “Oklahomians.” Admitting the harsh realities and raw emotions of her tough times pre-debut, she made it clear that anything is possible with effort. As the night progressed, the singer ran through previous releases like “Do or Die,” “Kitty Run,” and “Tattoo.” Towards the end of the night, the soloist performed an emotional rendition of “Moon and Back,” which ended with her parents joining her on stage for a very touching finish.

Before making her final exit, she brought hype back to the stage with a powerful performance of her highly anticipated track “Wonderland.” AleXa successfully finished the night together with her A.I Troopers, friends, and family in a place that’ll always be home. Special thanks to Studio PAV and ZB Label for allowing us to attend and cover. Make sure to head over to our Facebook page now to view photos from the show!

Scroll for more
Tap
PIXY finished their “Wanna Be Your Villain” tour
BLITZERS have completed their first Europe tour with a bang!
Scroll
Loading Comments...