BLITZERS have completed their first Europe tour with a bang! 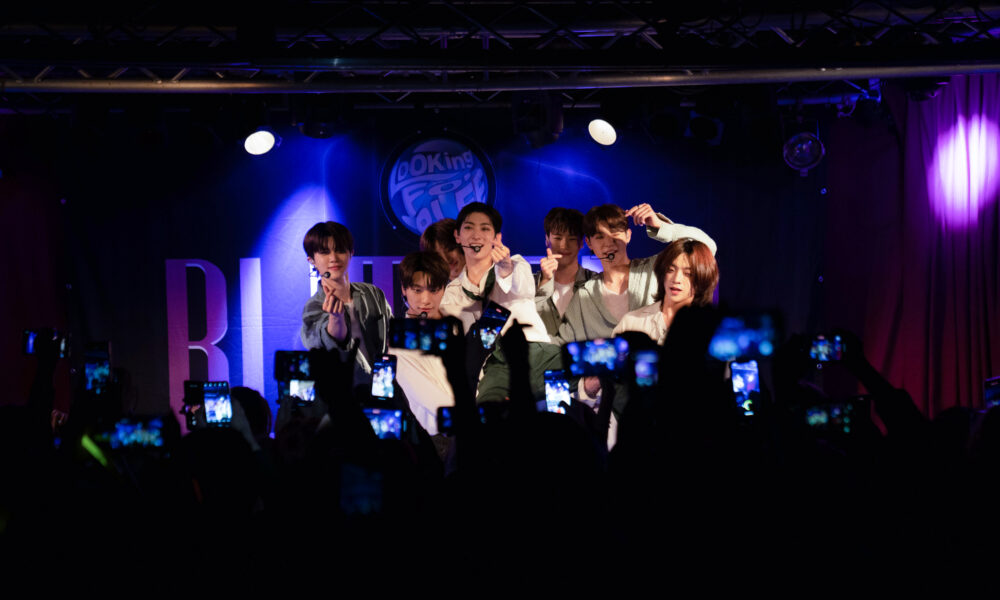 BLITZERS have completed their first Europe tour with a bang!

BLITZERS were able to enjoy time with fans in 12 cities and 8 countries, starting with Milan, Italy on the 3rd, then moving on to Switzerland, France, the Netherlands, Belgium, Czech Republic, Austria, and ending in Germany.

With their extensive set list including “K-POP”, “Blitz (Next Level Remix)”, “BOBBIN”, “Hop-in”, “Will Make a Mistake”, “Gradation”, “SLIDE”, and “Hit The Bass”, the rising K-pop group completely captured the hearts of local fans.

In addition to special unit stages of each member that could only be experienced on this Europe tour, BLITZERS was able to interact more actively with local fans through various programs and events that the audiences could participate in, providing memories that fans will never forget.

In particular, BLITZERS was able to hold a surprise random play dance event at FTG Sportfabrik in Frankfurt, Germany on the 21st, a day before their final concert of this tour, thanks to the enthusiastic response from local fans. This event brought together many fans, demonstrating the group’s increasing popularity once again. The boy group responded with exclusive fan service by dancing to “Hit The Bass” with fans and communicating with them.

BLITZERS, who completed their first Europe tour since their debut, showed appreciation for their fans through their agency WUZO Entertainment, saying that “Our BLEE (BLITZERS’ official fandom name) in 12 different cities in Europe supported us with their loud cheers and really seemed to enjoy our performances. We made some amazing memories, and really want to come back to Europe soon. We’d like to express our thanks to those who took the time to come to our shows from far away, as well as to our fans who weren’t able to make it in person but supported us from afar.”

The group added that, “Of course we have some things we wish we could re-do in our performances, but we’ll be using these moments as stepping stones for self-development, and we promise to demonstrate our growth. This is only the beginning for BLITZERS. We’ll continue to work hard so we can meet even more of our BLEEs,” showing the group’s passion and aspirations for the future.

BLITZERS, who successfully completed their first Europe tour amid the explosive cheers of K-pop fans around the world, will continue to dazzle the world as global “hot rookies”.

Read about KMUSIC exclusive coverage article from this tour, watch the shout-out BLITZERS gave to KMUSIC readers and look forward to a full interview with the group which is coming very soon!