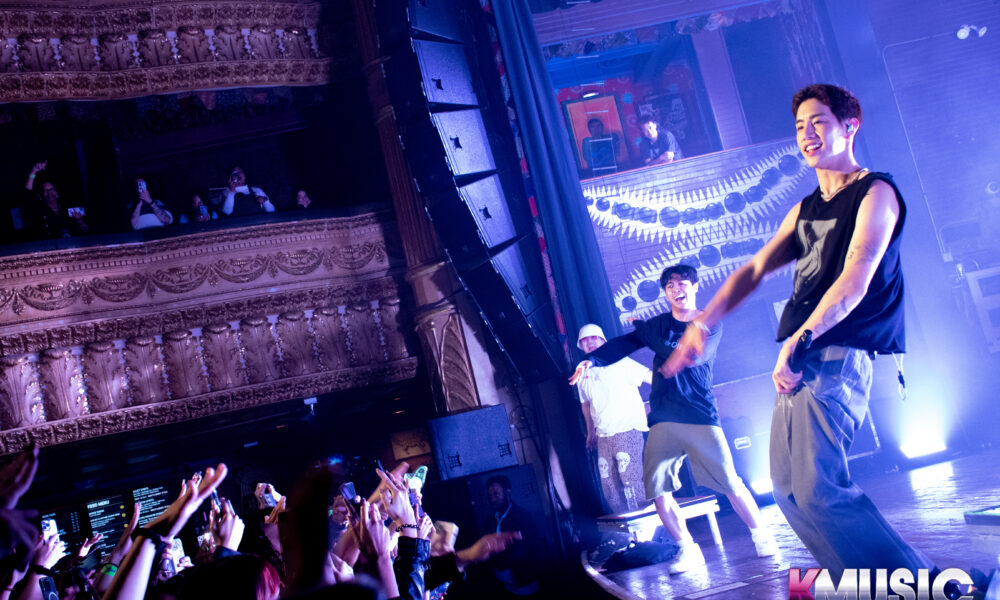 On Monday October 24th, Mark Tuan performed for another sold out crowd, this time at The House of Blues in Chicago. Already over halfway through his first U.S. tour, the concert was highly anticipated, and was performed with opening act and friend, Wesley Feng.

Mark opened his set with songs “Save Me,” “Last Breath,” and “Let U Go” off of his newly released solo album. The album is his debut album and is entirely in English, and despite the mood of the songs being more low-beat and emotional, the show was anything but that. Mark lightened the mood with more of his upbeat tracks to get the crowd of his fans, Ahgase, jumping, such as “Never Gonna Come Down” featuring BIBI off of the Shang-Chi and the Legend of the Ten Rings soundtrack, and “One in a Million,” featuring Sanjoy. Mark showed off a more vulnerable, raw side of him that contrasts from that of his musical profile as GOT7’s Mark.

Fans also weren’t shy when it came to showering him with love in the form of plushies, food, and hand-made crafts. In the middle of the set, there was a brief moment of technical difficulties that was handled with candid laughter and talks between Mark and the crowd of fans. The talks went over topics such as the finalization of his album, to where all the lightsticks in the room were from. During this time, it was also revealed that some of the songs on the album have included choreography to help offset the mood. After the conclusion of the unofficial Q&A, Wesley eventually joined Mark on stage for their duet of “2 Faces.” The energy of the venue kept climbing up until the encore stage, where Mark and his dancers threw water and setlists into the crowd. To add to the hype of the moment, Mark even hopped into the audience.

After finishing the set, the night was memorialized with a group picture taken of Mark, the tour crew that made the tour possible, and the room full of Ahgases. Special thanks to Mark’s team for allowing Kmusic to attend, and don’t forget to check out all of our photos from the show on our Facebook page now!

Scroll for more
Tap
BLITZERS have completed their first Europe tour with a bang!
Dreamcatcher coming to Europe in a few days!
Scroll
Loading Comments...