K-EXCLUSIVE: B.A.P Partied Away The Night In Poland

K-EXCLUSIVE: B.A.P Partied Away The Night In Poland

B.A.P visited Europe last year with an amazing tour, but this year it was promised that their new tour ‘PARTY BABY!’ will be something truly to look forward to. And Officially KMusic was honored to cover the stop in Warsaw, Poland.

On May 6th, the Babys gathered in front of Progresja Music Zone. They waited long hours to see their favorite idols again. This time, the tour’s main topic was a ’party’ and fans were asked to pick one of the dress codes and dress up for the concert. We could clearly see who picked what dress code and how much effort the fans put into making their look unique.

Even the moody weather did not stop the fans from performing a surprise flashmob right in front of the venue. This flashmob was observed by the members of B.A.P as they stepped out of the venue to a balcony to see the BABYs dancing to their latest hit track ’Wake me up’. 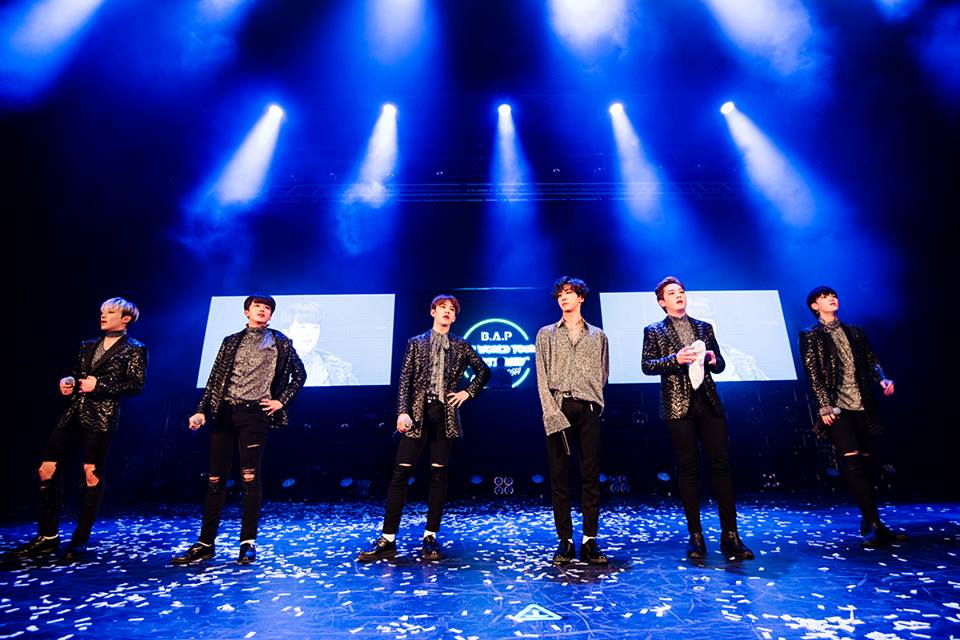 The show started off with DJ B.Shoo making an explosive intro for the night. The stage was composed of five huge screens, one of them behind the DJ booth placed in the middle, where fitting videos and images were showed. The screens suddenly switched to a countdown, making the fans even more thrilled as the numbers counted down. When it hit zero, the boys appeared on the stage with a ’Hurricane’ remix. This song was immediately followed by ’Badman’, ’No Mercy’ and ’BANG X2’. The ecstatic fans jumped and screamed to the rhythm of these songs while stage effects with lights and smoke cannons made the whole atmosphere even more heated up. 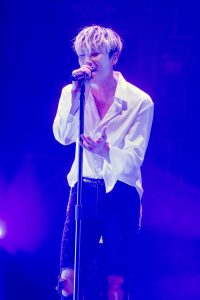 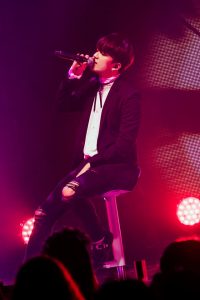 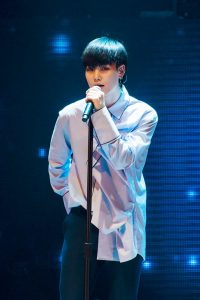 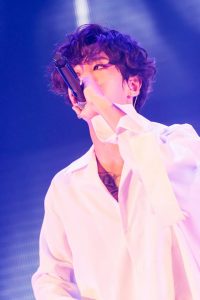 With not much time for rest the boys performed another set of songs: ’That´s my jam’, ’Do what I feel’ and ’Dancing in the rain’. The hall was on fire with energy and thanks to the staff members, who were continuously handing over cups of water, no fan fainted and every BABY was able to enjoy the show.

During the first talk, the members greeted the fans cheerily, incorporating Polish words and phrases. Youngjae then announced they prepared a special gift for the fans. The stage changed into a BABY LOUNGE and a cart with bottles and glasses together with bar chairs were brought to the stage. 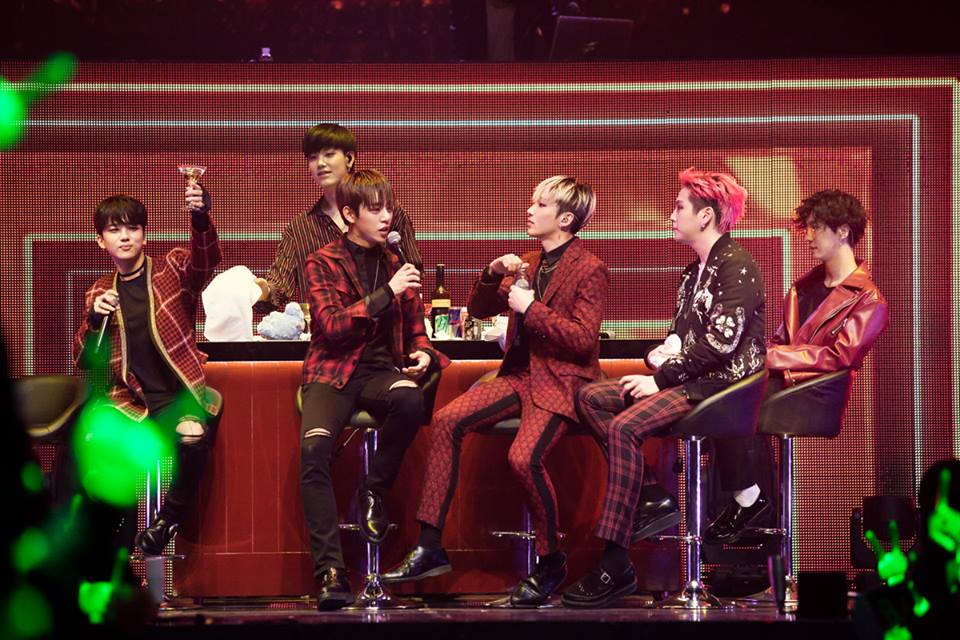 “Does anyone wanna drink a beer with me?” Youngjae asked the fans and scanned the crowd to choose one lucky girl to join them on the stage. “I will pick the girl who asks me to marry me,” Youngjae said and pointed to a girl holding up a banner. When she stepped up on the stage, she was handed a bottle of beer and asked whether she has a boyfriend to which she shyly pointed at Youngjae. He tried to engage in a conversation with her, but sitting next to her bias, the girl was in awe. Youngjae then said he has a special gift for her and went to get a camera. He shot a short video with her and then gave her the SD card with the video on it. 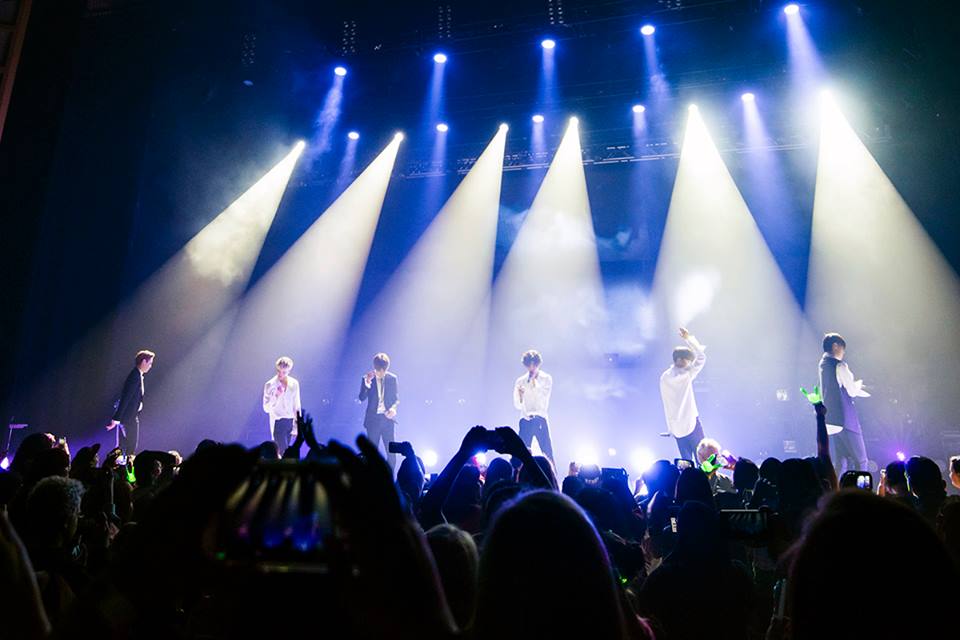 After such a touching break, it was time for yet another dose of performances, including solo stages. Daehyun sung ’Shadow’, Zelo performed ’Shine’, Youngjae amazed the fans with ’Lie’ and Jongup  performed ’Try my luck’. The members also wrapped the fans in their spell with ’Fermata’, ’I guess I need U’ and ’Body and soul’.

DJ B.Shoo took upon the stage again to prepare the fans for the following songs that made everyone scream at the top of their lungs. The first one was ’Skydive’, a track from their album ’Noir’, and the forever best track to make fans excited – ’Young, wild and free’. The song ’Wake me up’ from their latest album ’Rose’ was also performed. 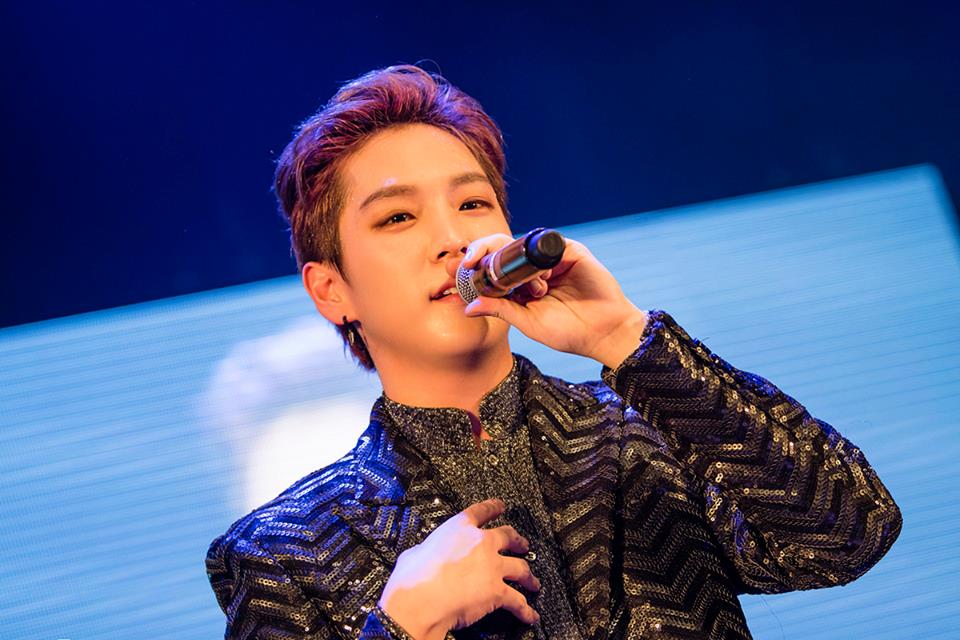 During the next talk session, the Polish flag made its way to the stage. The fans did not forget to sing the birthday song to Himchan who replied to the loud cheering by saying: “You guys are the best tonight!” He added “Today´s show is sold out. Thank you for giving us such a nice gift!”

Himchan then stood in the middle of the stage and together with other members taught fans how to dance the main points in the choreography for their next song ’Check on’. The mood in the venue switched to true enjoyment and happiness as a set of cheerful songs were played. During ’Spy’, ’Feel so good’, ’Be happy’ and ’Carnival’ the members used water guns to splash the fans! 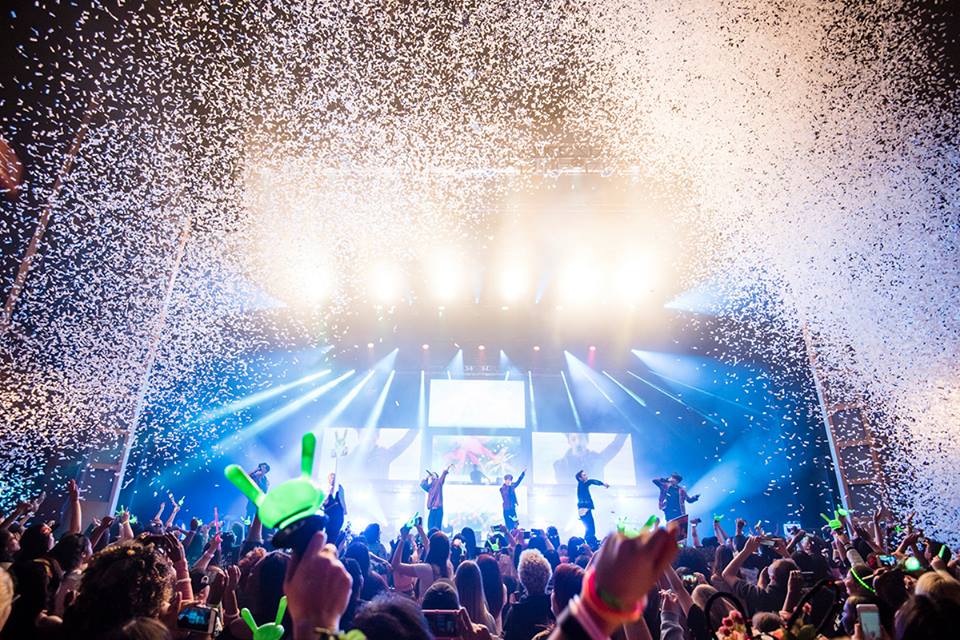 The last talk session of the night was filled with tears and the loudest cheering of fans. The BABYs were so persistent in stomping their feet and chanting “Dziękujęme!” [“Thank you!” in Polish] that it was impossible for the members to say something. For a while they were enjoying the cheers, but in the end Jongup joined in the fans’ chanting and they calmed down for the boys to expressed their thanks to the fans, promising they will come back next year as well.

We would like to send our thanks to NINE LIVES Entertainment and Knock Out Production for letting us cover this incredible night and share it with our readers.