K-EXCLUSIVE: Beenzino “Up All Night” in LA

K-EXCLUSIVE: Beenzino “Up All Night” in LA

Since 5:40PM on December 6th, fans from all over the Gold Coast filed in line outside of 333 Live, to watch one of 1llionaire’s finest embrace the stage on his own.

South Korean rapper and MC 임성빈, better known by his stage name Beenzino, took his “Up All Night” album release party from the Big Apple to the City of Angels with back to back dates, for a long weekend of good music, vibes and quality time with his fans.

What started as a lonely non-VIP ticket holder at the front of the line, quickly turned into a group of chanting fans. Some were already singing his songs as a way to get pumped for the night to come.

“I’m a huge fan of Beenzino,” expressed Nick Choi, 22, of Los Angeles. “I’ve been waiting here for over four hours just for a good spot. I know it’ll be worth it.” 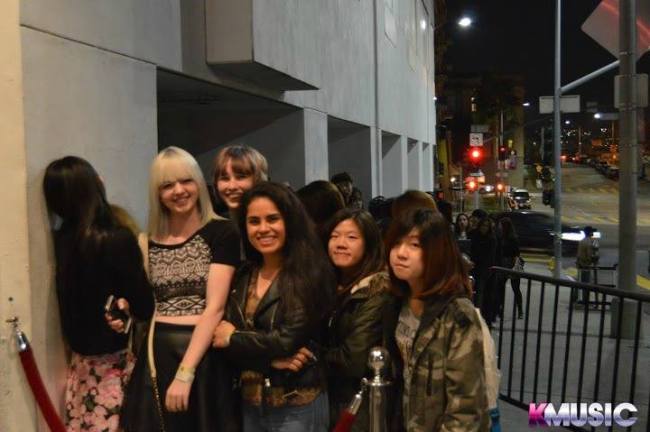 Once 10:30PM hit and the doors officially opened, everyone rushed into the club to get to the best seats in the house. To entertain the crowd, the DJ played a variety of popular EDM music and hip hop. After various tracks, what the crowd was waiting anxiously for, finally happened.

All seemed like a fun party until the all familiar voice came on the mic, “What’s up L.A.?”

Want to know how to capture the attention of about 1,000 people? Ask Beenzino. Stepping out in PharrellxAdidas gear and skinny jeans the rapper tore the stage down almost immediately.

Pumping up his fans and getting them to easily rap to his every lyric, Beenzino addressed the crowd solely in Korean. Although tracks ‘I’m Ill‘, ‘YGGR‘ and ‘Jackson Pollock D*ck‘, seemed to get the mood rolling, the song that drove fans completely insane was, of course, “Boogie On and On.” 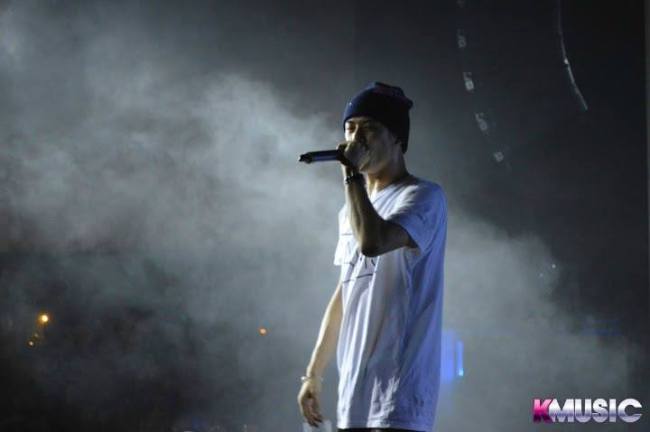 Beenzino took small breaks to address his fans and thank them sincerely for coming out to the event. Once he was ready to spark more energy, the rapper jumped and ran all over the stage with immense determination to not let his fans down. No one could honestly tell that he played a show the night before on the opposite end of the coast.

Despite the electric performances, there was a moment where Zino slowed the roll and played more of his well known tracks such as ‘Up All Night‘, ‘Aqua Man‘ and ‘Picasso.’ Fans continued to show their support by singing in unison, many with their hands in the air. 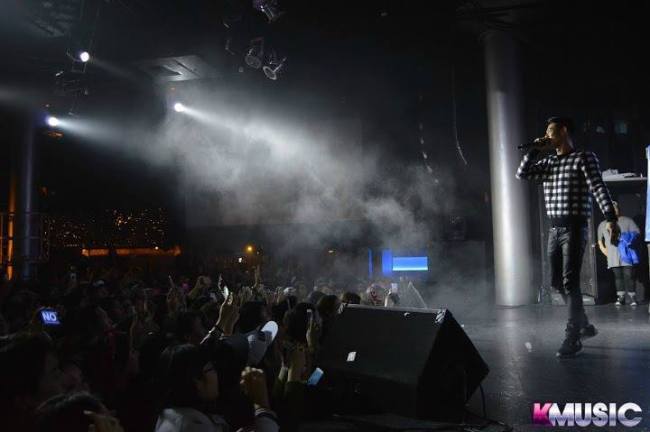 Sadly, the rapper eventually had to end his set and did graciously so with his hit ‘Always Awake.’ After bidding the crowd farewell, the night was not yet over.

For those who decided to stay behind, the DJ continued to buzz the energy with even more hip hop hits to last the rest of the night.

Special thank you to Beenzino for coming out to L.A., Trendsetters and Illionaire for putting the show together, 333 Live Staff for taking care of attendees and other media that attended to help document this amazing performance.