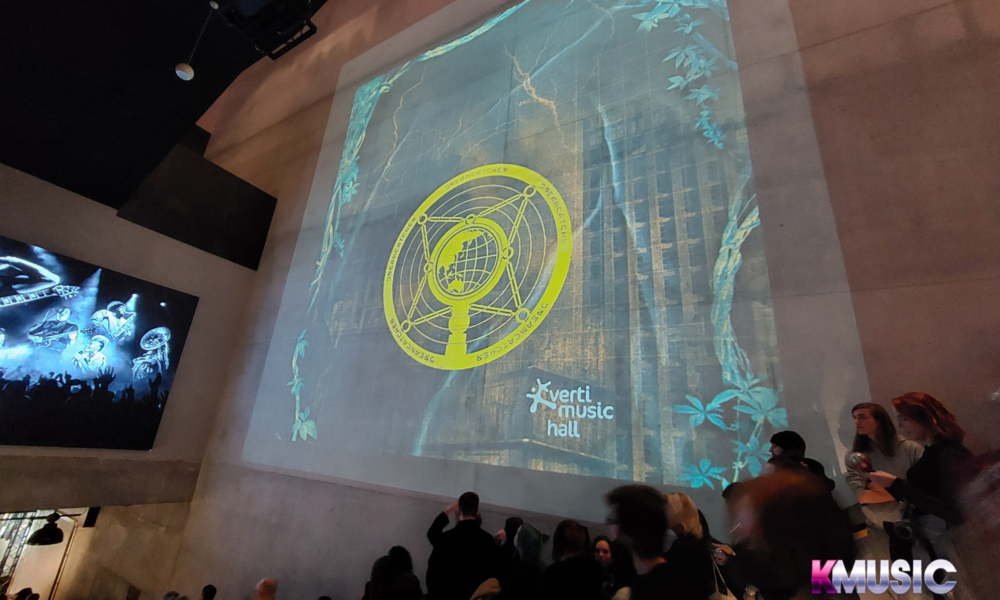 The girl group Dreamcatcher announced their European leg of “Apocalypse: Follow us” tour several weeks ago and on 14th November their fans finally got to see them in the first stop of this tour – in Berlin. KMUSIC was there with the fans, to enjoy the night and see what Dreamcatcher had in store for everyone. And what a night it was! We are now bringing you three main aspects of this show which made it the unforgettable experience for hundreds of fans.

The songs performed that night were a perfect blend of heartbeat-increasing tracks and slower songs to vibe to. The playlist for the concert included, for example, the songs “BOCA“, “Odd Eye“, “Vision“, “Over The Sky“, “Maison“, “Wind Blows“, “Poison Love“, “BEcause“, “Silent Night“, “Starlight“, “Red Sun“, “New Days“, “Rainy Day” or “Jazz Bar“. The members also performed short solo stages which were introduced in a fun way. The girls were pulling out names from a bag and the picked member had to shortly dance to a song written underneath their name on the folded piece of paper. Thanks to this segment, the fans enjoyed Sihyeon singing “Entrancing“, Yoohyeon bewitchingly dancing to “For“, DAMI dancing to the song “Beauty Full“, JI U performing “Cherry (Real Miracle)” with cute moves. SU A took away everyone´s breath with “No Dot” dance and invited DAMI to join her as well, Handong then performed fairy-like “Winter” and Gahyeon gave a short adorable performance to “Playground“.

The members were interacting among themselves a lot on stage. They danced together, joked together and simply enjoyed each song to the fullest. Their cute and sexy interactions were joined by fierce yet smooth choreography moves. The MENTs were interesting and fresh, keeping the flow of the evening from start to finish with good humor and spark.

Many moments were to be remembered, for example during one of the MENTs the girls clanked an imaginative glass of beer with the whole venue. And fans happily joined them with hands in the air, holding an invisible glass and screaming “Toast!” in a small tribute to the good Germany beer.

Standing in front of the venue from early day hours, the fans were excitedly counting hours and minutes until the opening of the hall. Some of them were wearing the Dreamcatcher official robes with lightsticks on long poles. For netizens, the view must have been a peculiar one as with the concert nearing the number of fans dressed in robes and holding lightsticks with fire at the end, rose. But to Insomnia [fandom name] this was surely a dream come true! They cheered loudly when the group appeared on stage to showcase their thrill upon seeing the group, finally, performing in Germany again.

The fans hold numerous banners in the air during the performances and plentifully sent hearts made with fingers towards the stage. All that while holding onto their never dying lights from the one-of-a-kind lightsticks. Talking about lightsticks, one moment made us smile particularly. It was during the above mentioned picking of members for solo stages. The fans were hyped to chant “Who? Who? Who?” each time a name was about to be picked, and those words resonated in the space while fans rose their lighsticks into the air in the rhythm. Seeing the fans in their robes, chanting, it so reminded of a secret mystical gathering only the invited were granted access to.

During the last MENT, the girls shared how tiresome the journey from Korea was, but how the fans cheers boosted their energy level instantly. And we could feel that energy in the air as well throughout the evening. The girls gave marvelous performance from start to finish and their fans did not disappoint in making that night even more spectacular.