Dumbfoundead performed his 10th stop on his ‘We Might Die’ tour in Chicago on February 10, 2017, at Schubas. 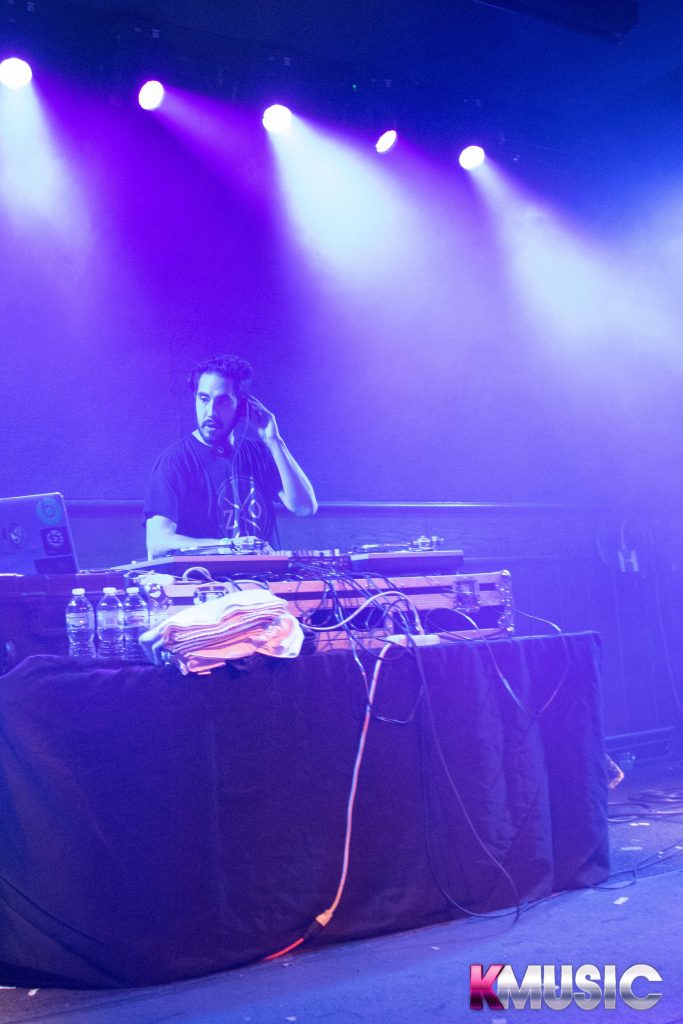 Opening for Dumbfoundead during this leg of the tour were DJ Zo and Year of the Ox. DJ Zo kicked off the show with a medley of hip-hop, exciting the crowd. 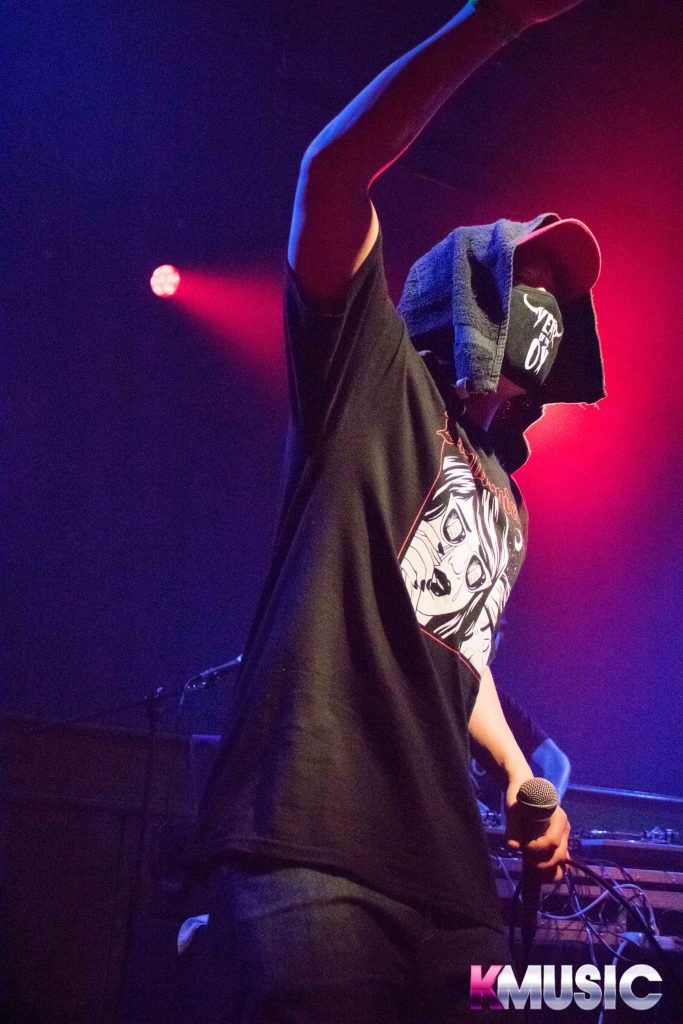 Year of the Ox jumped right in with their intense set. Despite it being their 10th sold out show, they were still going strong with energy and loads if humor. Their track ‘YOX’ feat. DJ Zo from their latest EP ‘YOX‘ really set their flow for the night. 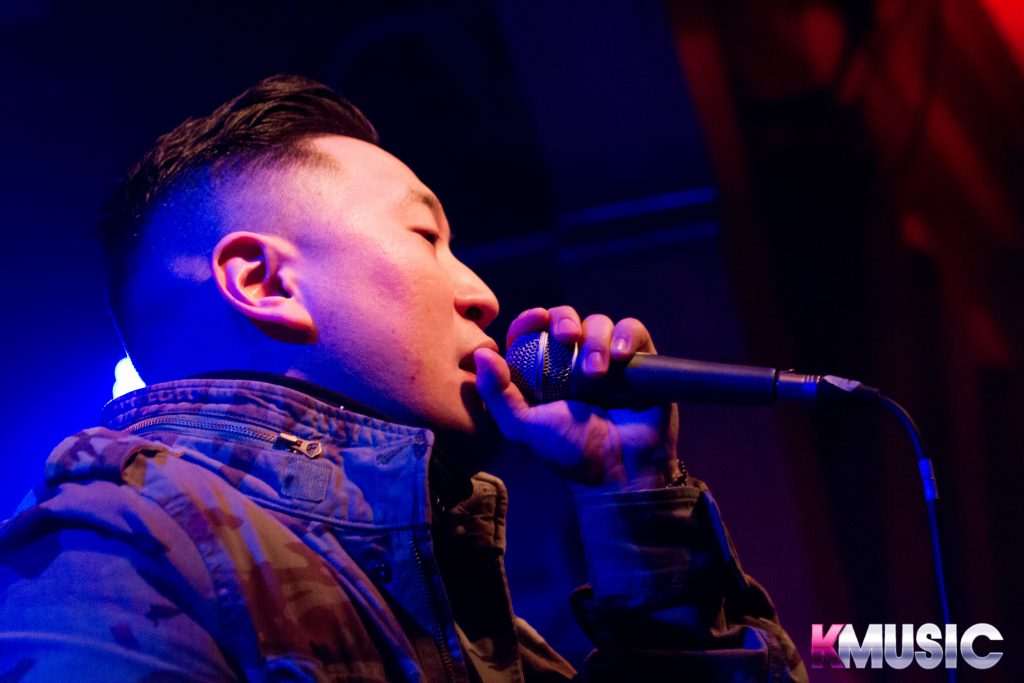 As always, the love of Chicago pizza comes up as they chat with the crowd in between songs. 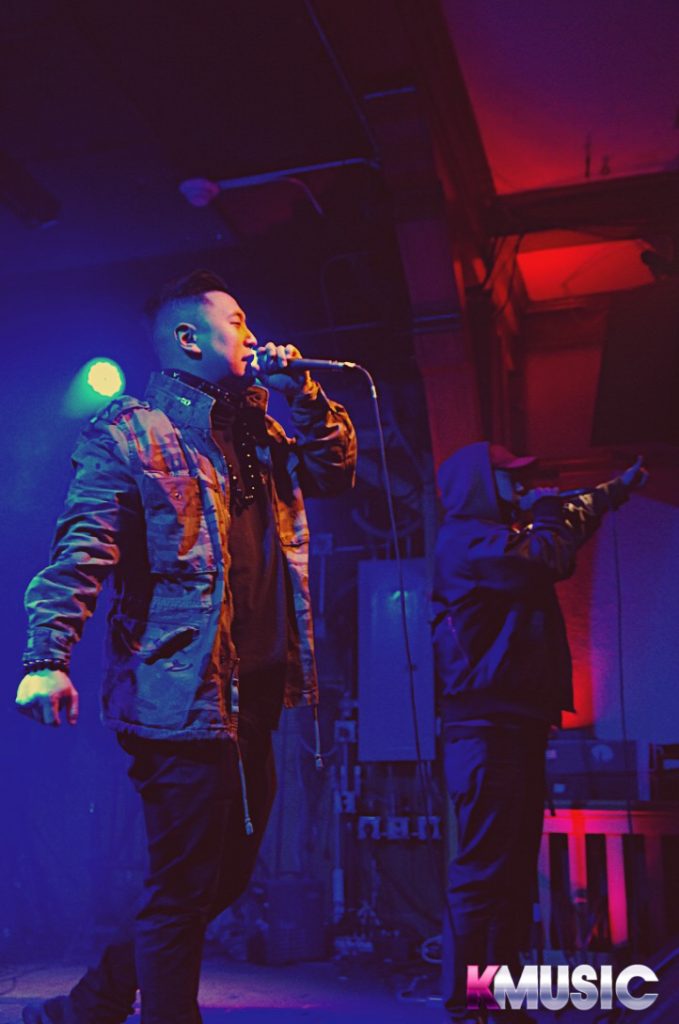 Lyricks introduced ‘Check 2 Check’ with “This is for all the artists in here. See, I have a nine to five. And after I get off my nine to five, I go to the studio. Meaning I get off work to go to work. You know what I’m talking about? So you understand,” and flowed seamlessly right into the first line of the song. 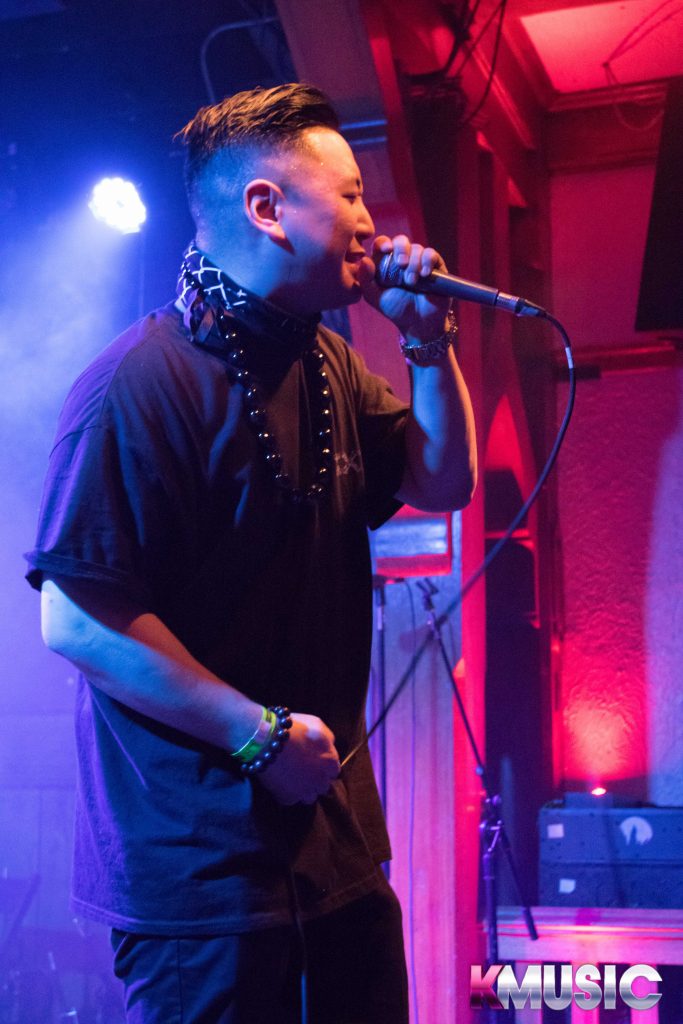 The crowd screamed loud when they began ‘Stretch It Out,’ and yelled out the chorus. Lyricks confessed, “I love doing that song. I can tell, I can tell the lyricists in the room yo you guys are just dissecting me. I see the rappers in here. Thank you.” 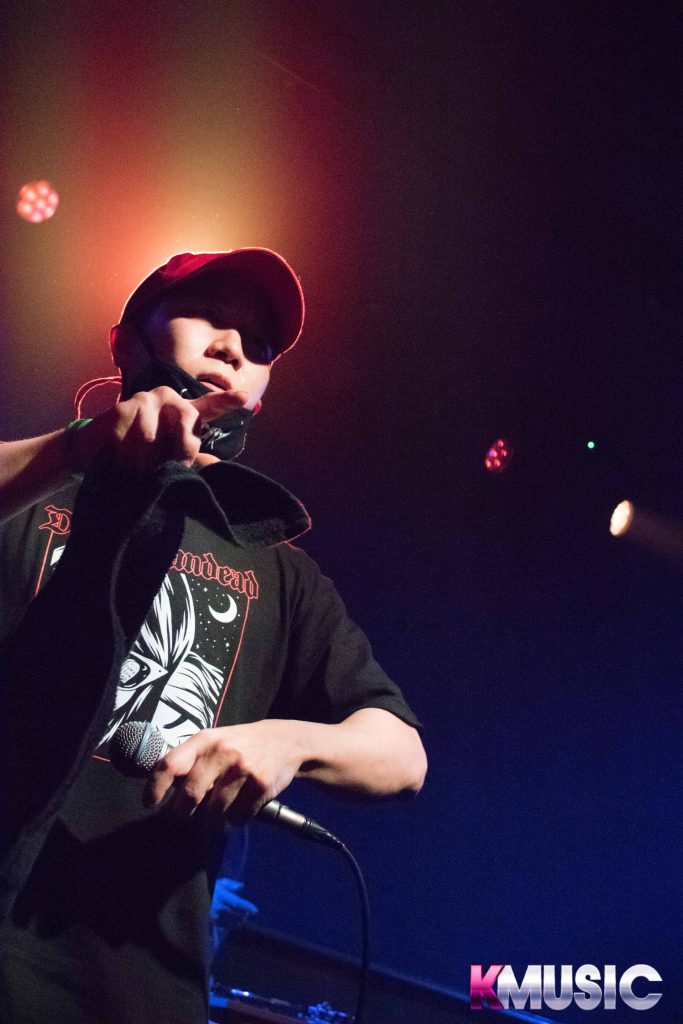 After a jokingly quick count of all the Koreans in the room (“17? Very good!”), they dove into their song ‘Sesame.’

Concluding their set with their track ‘Seven Rings,’ which needed no introduction, Lyricks and JL spit fire as they laid it all out. Lyricks’ impressive rapid-fire rap drove the crowd wild. 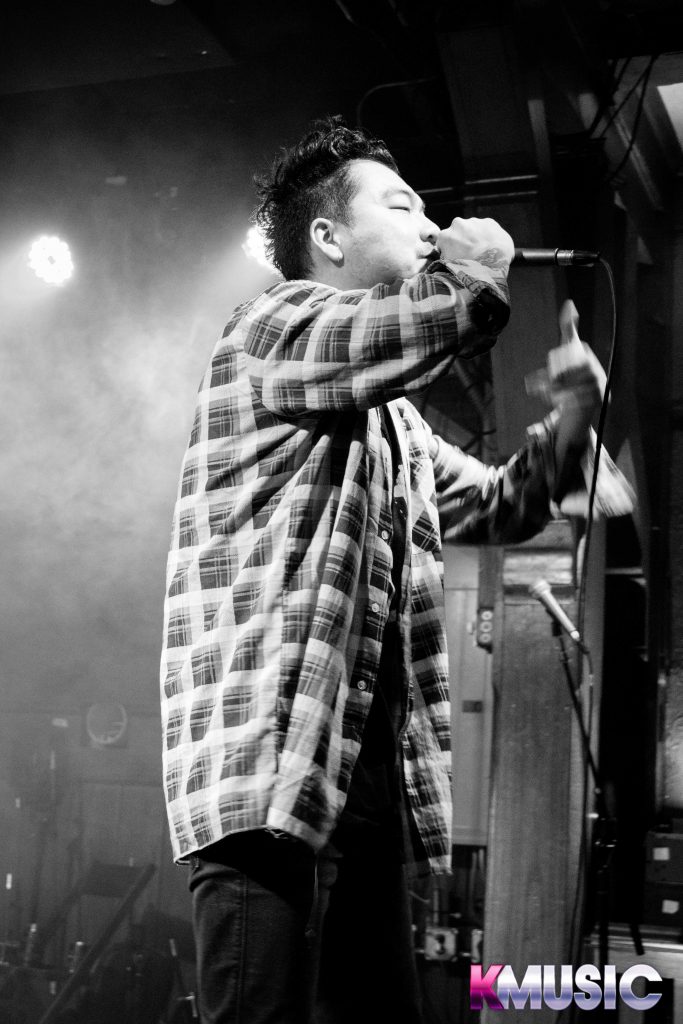 As Dumbfoundead hit the stage with one of his newest songs, ‘Harambe,’ his fans rapped the lyrics along with him perfectly.

Dumb noted that Chicago was the last show in the midwest and east coast before they headed back to the west coast. “I’m from a little place called Koreatown, Los Angeles, aka K-Town. I wrote this song for K-Town; it’s called 24K Town.” 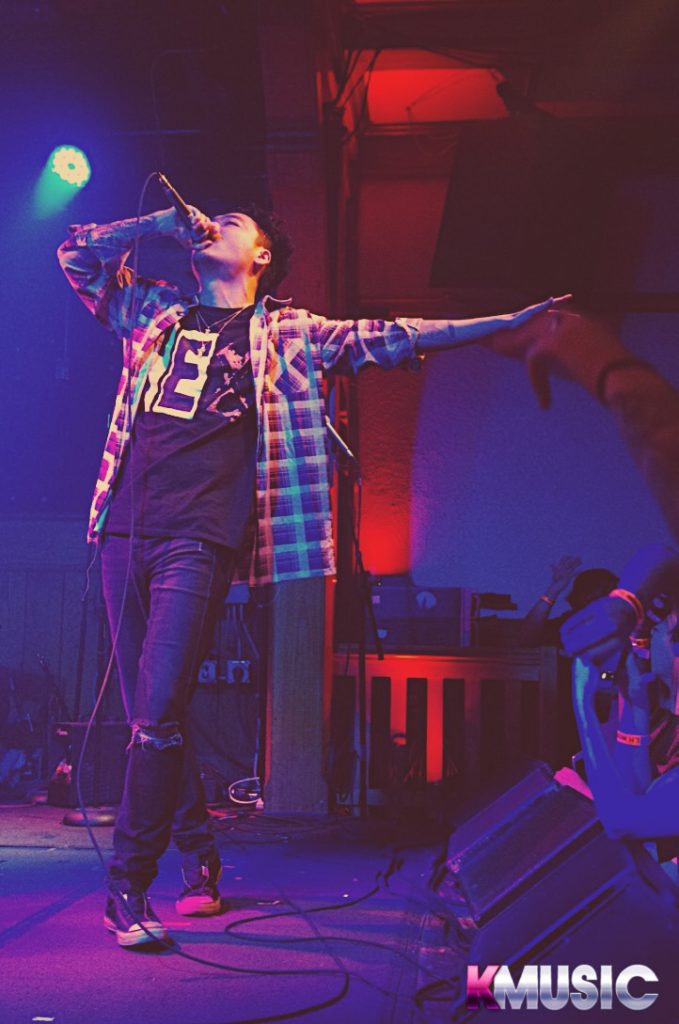 With a short comment on the crazy messed up stuff on TV, Dumb riled the crowd with a couple lines of YG & Nipsey Hussle’s ‘F*ck Donald Trump’ as a lead into his title track ‘We Might Die.’ Dumb lit up the stage with his energy and charisma. Ever a performer, Dumb ad-libbed in a few “It’s the end of the world as we know it” in between the fan’s chants of “we might die.” 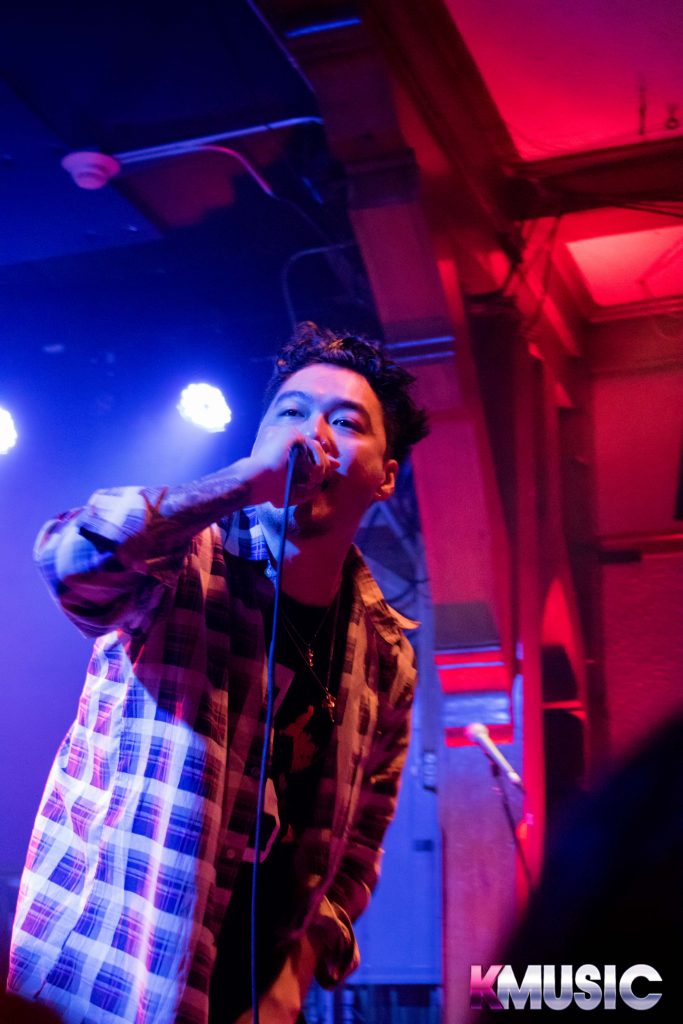 Dumb took things back with his early track. ‘Cell Phone,’ moving into his next track with the question, “we got Latino’s in the building?” which was answered with reams of screams from the crowd. It was clear that ‘Cochino‘ is a crowd favorite as fans were belting out the lyrics back at Dumb while he bounced around the stage. 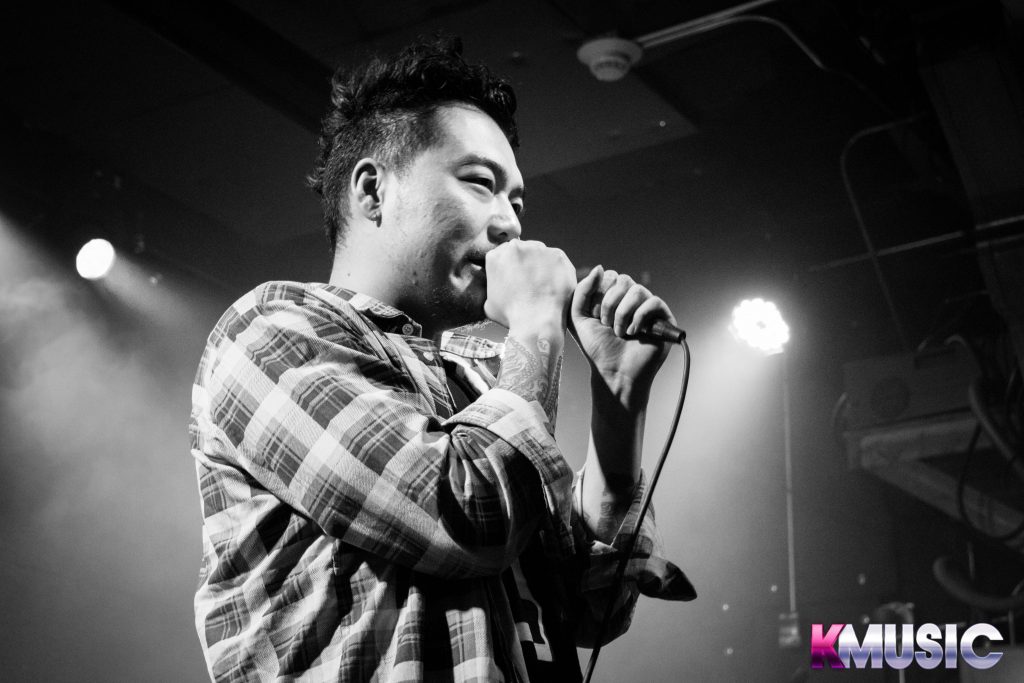 Dumb was impressed that he could hear some Korean during the song ‘Mijangwon 민장원’ and asked if anyone could speak Korean. After some incoherent yelling Dumb caught one phrase a fan yelled out. “She said I’m so happy I could die right now. That’s sweet as f*ck yo.” When Dumbfoundead continued on with his track ‘Genghis Khan,’ the whole venue was shaking as the fans bounced to the beat. 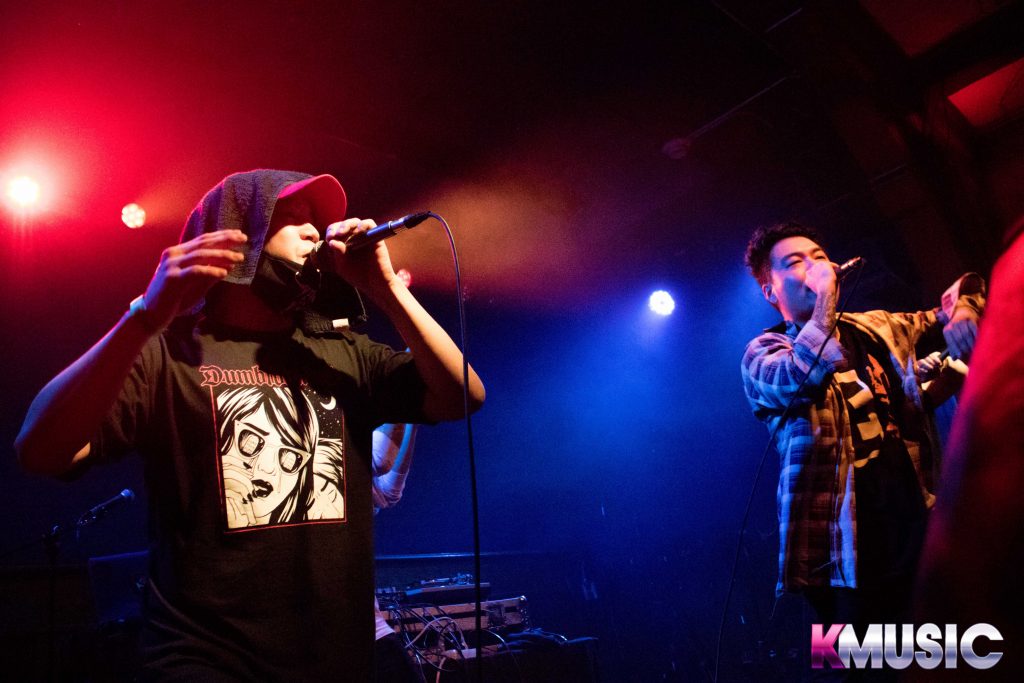 JL and Lyricks jumped back on stage to perform with Dumb for their collar track ‘Ancestors.’ After a selfie for a little memento, Dumb gave the crowd another “language learning experience” as the trio flowed into ‘K.B.B’ with JL performing a special verse in place of Jesse’s for the final song of the night. 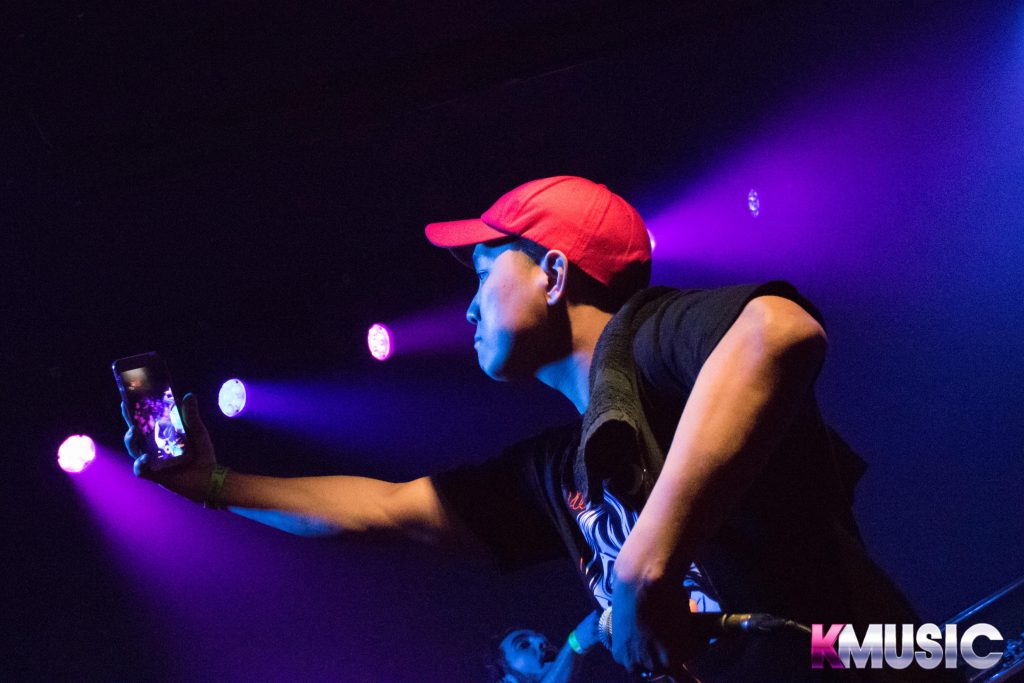 Shout out to Transparent Agency for the opportunity to cover and enjoy this experience, and many thanks to Dumbfoundead, Year of the Ox, DJ Zo, and crew for a wonderfully fantastic show.

For more photos check out our Photo Album for the show.

Check back here at KMuisc for upcoming event coverage and other Korean entertainment events from around the world!