A bright and sunny day in San Francisco was followed by an eventful and amazing night with the Queen, HyunA, as she showcased her latest tour, ‘The Queen is Back“at The Regency Ballroom.
Doors were to open at 6pm and due to some technical difficulties, there was a delay, but that didn’t stop fans from waiting in line. Some even came hours earlier to solidify their spot closest to the front. The amazing crew of KpopMe kept the fans engaged with activities to participate in while standing in line, which would later be a lotto game to select one lucky winner! 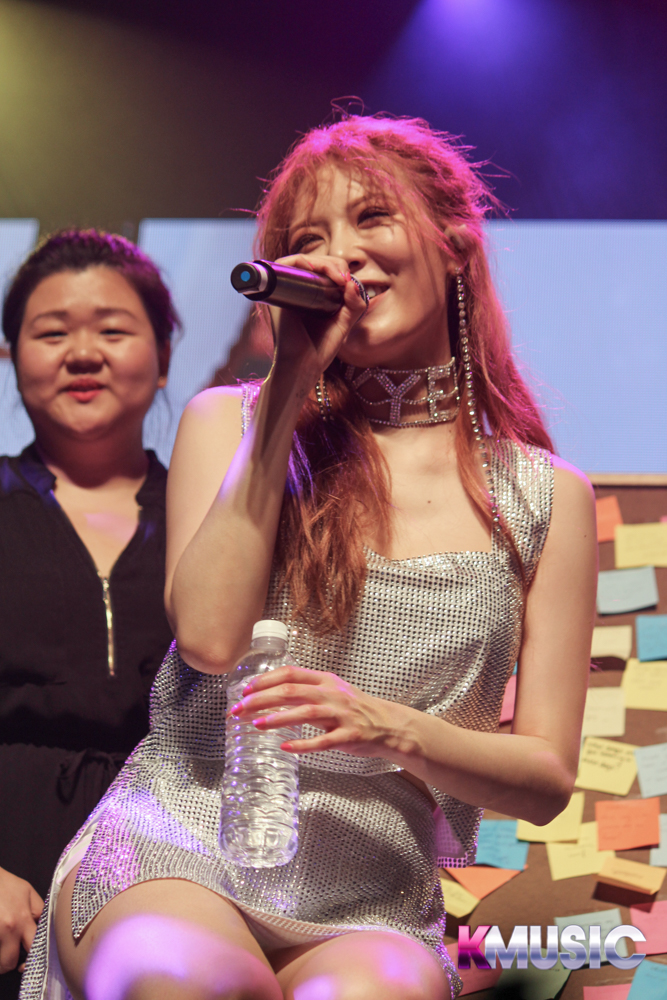 When doors finally opened, the lines followed each other in and as the last of the fans made their way to their seats, or in most cases the floor, Daniel Shim, also known as ShimmyCocoPuffs on YouTube came to the stage and welcomed everyone. Since there were some technical difficulties and slight delays, he brought to the stage the winners of the HyunA dance contest to start the show with an amazing dance cover of “Roll Deep.” 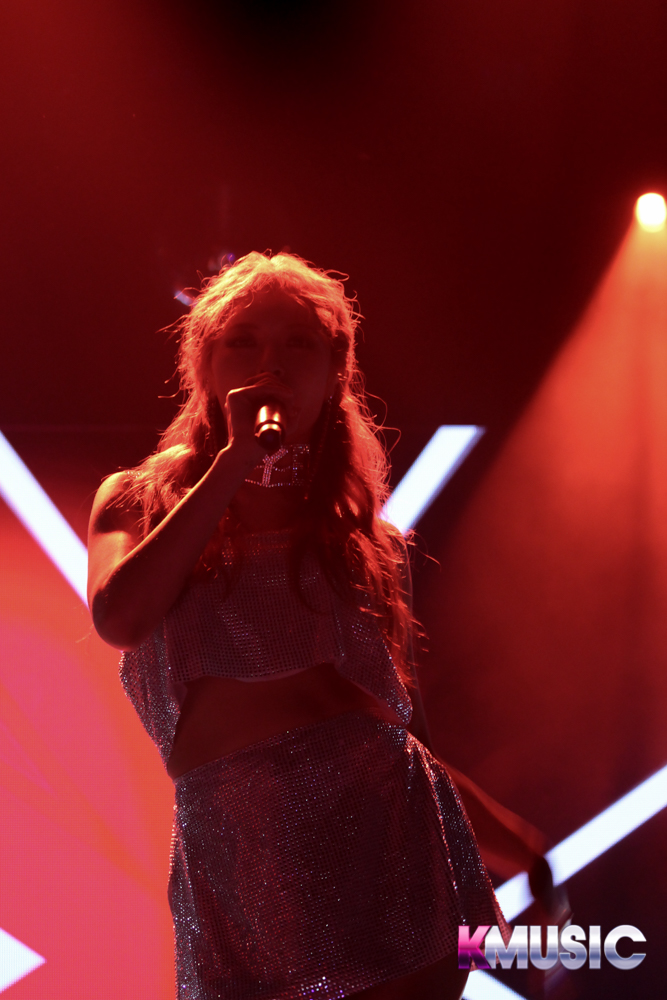 The crowd felt the hype and cheered the dance team on, but shortly after, it was time to start the main festivities.Lights dimmed, and the on stage screen began rolling her intro sequence. The complimentary light sticks began to bounce and bob about as HyunA’s dancers showed their moves. Then, HyunA herself took center stage performing “Roll Deep,” bringing the audience just what they had been eagerly waiting for.There was a slight hiccup with the intro song as it cut out midway through. However, she gave the audience an extra little treat by starting it over again. There were no complaints.

After her first song, she greeted the crowd and let everyone know that she was very happy to be in San Francisco and she was thankful for all of the love from her fans. She wanted to spread the love so the first treat of the night was a lottery drawing. Fans wrote down numbers while in line and HyunA dug out the lottery balls from a box to select the lucky fan! Almost instantly someone had matching numbers.
Following the sweet introduction, she continued on performing “Ice Cream.” The floor was dancing along in sync with her moves. 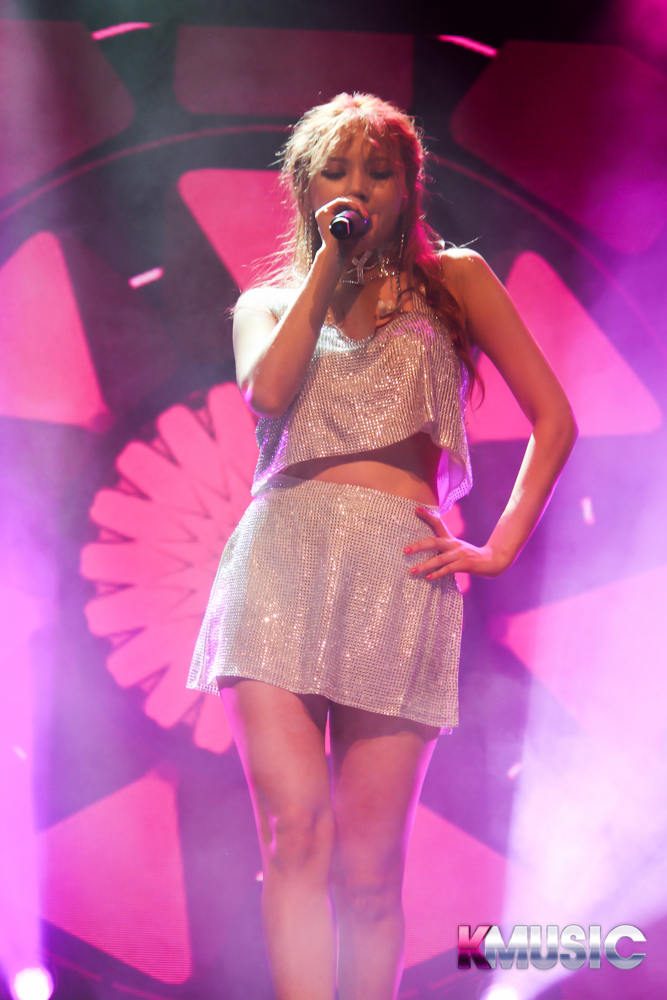 It was now time to play some fun games with the audience! Shimmy and HyunA selected 3 people to play ‘Who is most alike with HyunA’ game. Shimmy will say two things labeled A or B and at the same time HyunA  and the fan must shout out what letter they choose. It was quite fun to watch and most all of her fans related to HyunA.

As the fans made their way back to their seats, HyunA began to tease about the next song. She gave a very heartfelt performance of “U & Me” and then followed by the sexy and fun track, “Red.” 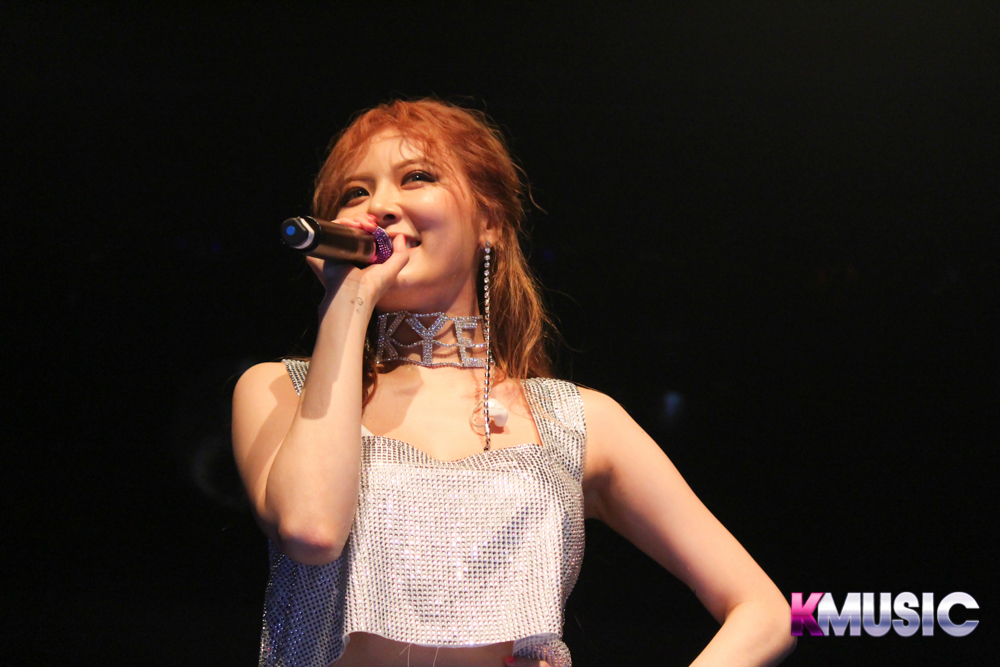 There then was a video interlude of “The History of Hyuna” which showcased all of the stepping stones from her past up until the present. Very nostalgic for the fans. She then returned to the stage in a new outfit to play another silly game with the fans.

She called up five people from the audience. This game was to be a dance off! They played the song “How’s This” and right away a very passionate fan in a red hat knew the dance by heart! He twerked, shook, and got down and the crowd loved it! HyunA then was to choose a winner from the five by surprising them with a back hug! He indeed was surprised by this, and even cried to which HyunA comforted him. They all got a hug for participating but the winner got a special goody bag.
When the game ended, HyunA asked us which song she should perform next, to which everyone cheered and roared for her to perform “Change.” 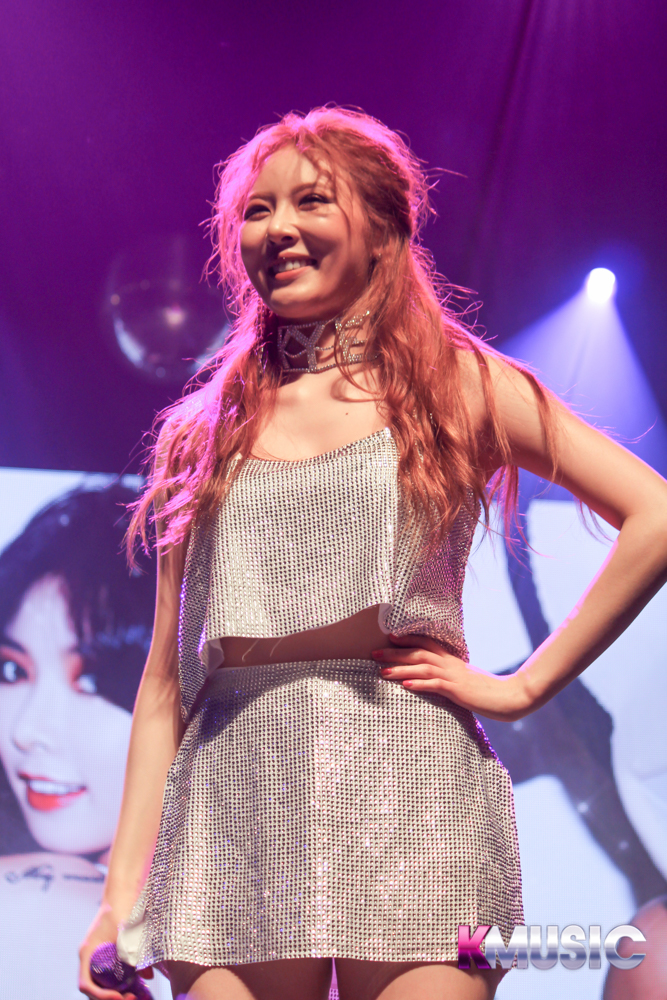 She was happy to comply. She performed “Change” and those who knew the moves danced along. She then followed with the sexy track, “Freaky”.Sadly, it was nearing the end of the night and Hyuna wanted to get a photo with her fans before she said goodbye. To close the night, she performed her most recent hit song, “How’s This” and proceeded to exit the stage.
But wait a moment, her fans weren’t just going to leave the venue without hearing one more of her amazing songs. 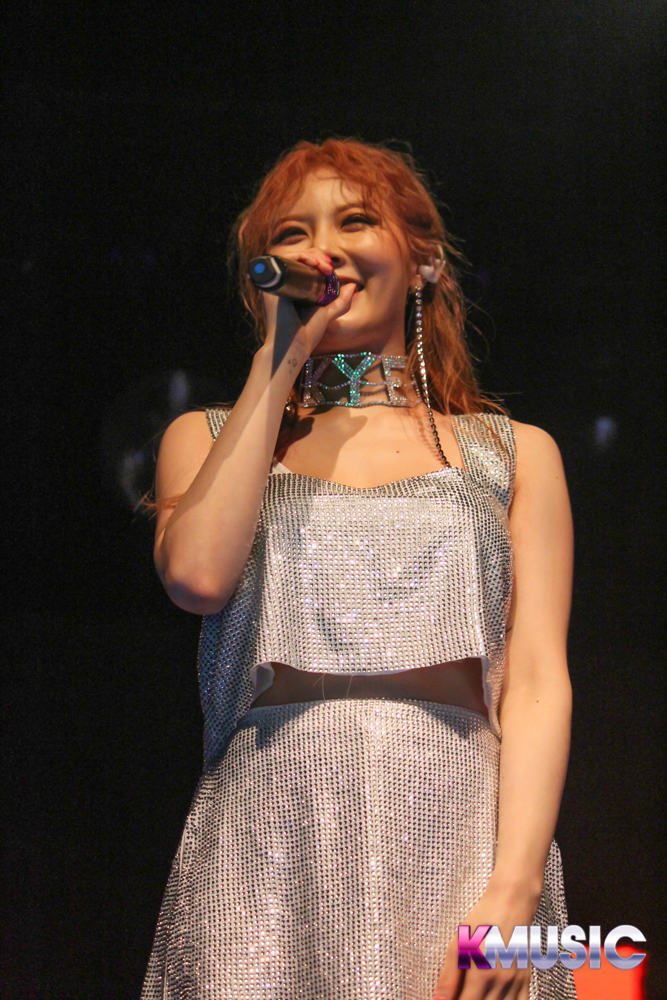 So cheers for an Encore roared through the room. In a black shirt and shorts, she popped out on stage again to perform one of her biggest hits, “Bubble Pop!”
As she performed, her and her dancers threw out bracelets and roses to the crowd.Then the night came to an end, though we are sure the Queen HyunA will forever remember it as well as the fans. 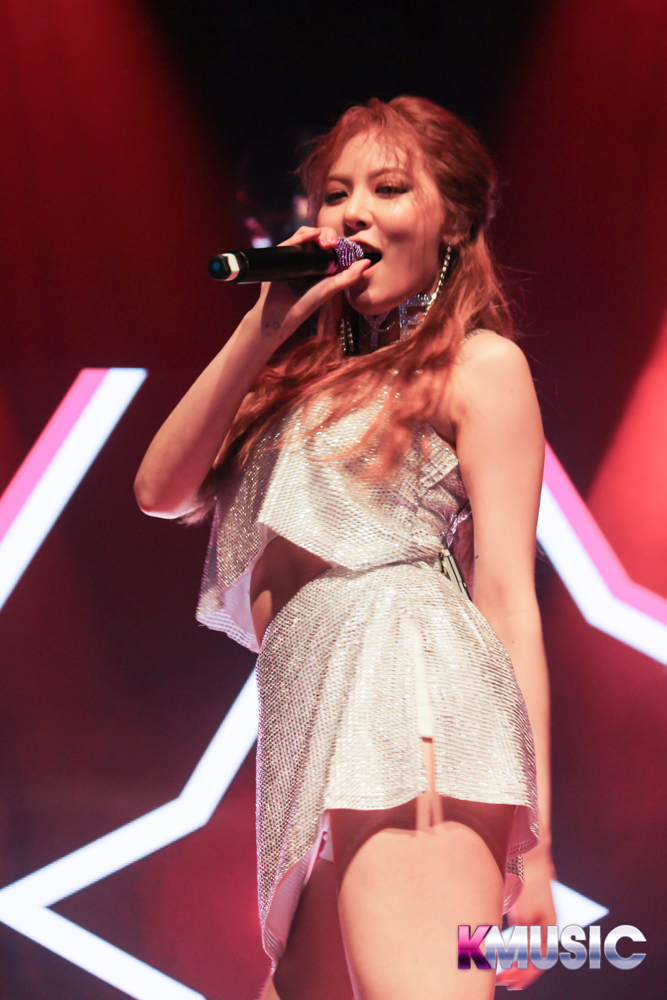 Thank you KpopMe and Cube Entertainment for putting on a spectacular show!

Be sure to stay tuned with Officially Kmusic for more Exclusive coverage.
Edited by: Lina