Eric Nam stopped by Sydney on the 10th of March for his Australian Tour! Sydney was his second stop with Brisbane being the first and Melbourne his last. Eric performed a variety of songs for fans at The Metro Theatre. Sydney fans were extremely excited and waited in anticipation after hearing of Eric‘s successful Brisbane concert! Everyone at the venue was so pumped and full of energy thanks to Eric and opening act Lakyn!

Fans were already lining up outside The Metro Theatre an hour before doors opened, excited to see Eric! Lines made their way to the back of the building and when the doors opened at 7PM everyone rushed in. Some fans chose to stand right up front near the stage and others sat on the seats further back. There was even a second floor for fans to have the perfect view of the concert!

The atmosphere in the theatre was already hot as Nam Nation hummed along and jammed to the mix of songs that played. Everyone was so pumped and fans waited nearly an hour before Lakyn came on! Lakyn did an amazing job as the opening act, singing a few of his own songs and then some renditions of covers. Everyone cheered and shouted for Lakyn and he thanked fans for the support!

Lakyn made the atmosphere even more high with his dreamy voice! He bid everyone goodbye before leaving the stage. Fans once again waited for Eric but even more excited thanks to Lakyn!

In the midst of the cheers Eric appeared on stage with his backup dancers. All wearing loose white shirts, they all looked amazing as they danced on the dark stage! Eric‘s first song was ‘Potion‘ (featuring Woodie Gochild) and the fans went crazy! The upbeat song, sexy dance moves mixed with the eagerness to see Eric made the crowd explode as they cheered and cheered! Without stopping Eric sang ‘Don’t Call Me‘ keeping the mood high. Fans sang along and Eric seemed to be having a good time too! 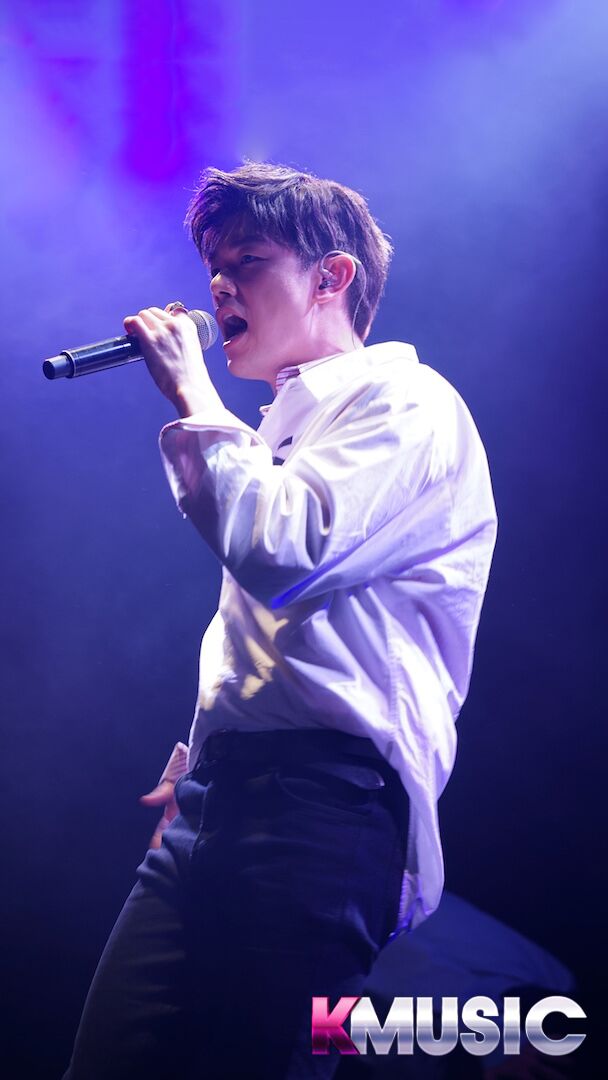 Stopping for a short talk, Eric said that it was his first time in Sydney and that he was super excited to be here! Fans cheered, wanting to give Eric a good night! Drinking some water, fans screamed and Eric, seeing everyone’s excitement reminded fans to stay hydrated.

The next song was ‘Interview‘ and Eric heightened the sweet atmosphere by getting close to fans and greeting them personally. Next was ‘Good For You‘! With everyone singing along Eric held the microphone out to fans and told fans they were beautiful! The crowd shouted and continued to sing along! The dancers joined again during the chorus making the whole performance even more mesmerising.

In the second talk time Eric kept saying that he wanted to get to know his fans more. His sweetness led to an uproar! Eric took his time to ask his fans questions and even said that he was dating all his fans! Of course this led to another uproar.

After this short talk, Eric got back into singing with ‘This Is Not A Love Song‘ and ‘Miss You‘. Eric kept handing the microphone to the audience and looked satisfied with the way the crowd was singing along! He even praised fans saying “Sydney y’all can sing” making fans swell with pride! 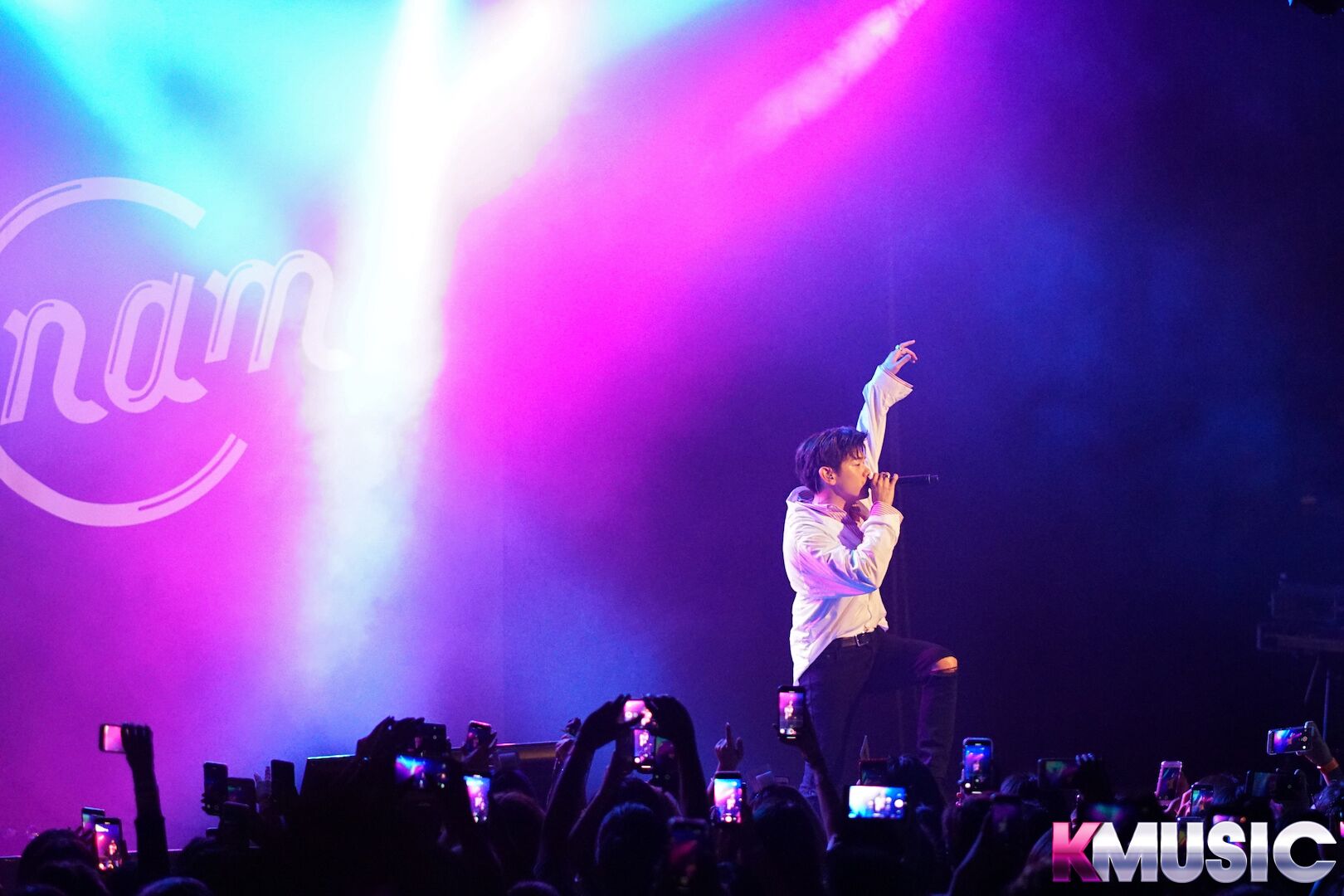 Briefly introducing his next song ‘Heaven’s Door‘ Eric said that he was dancing to the choreography less often because it made him look cheesy. The crowd went wild with Eric‘s debut song and again everyone was singing along! What made fans go even more wild was that Eric bent down and took out a handful of hidden roses! Walking along the stage, he handed them out to lucky fans!

The next song was ‘Body‘ and the dancers came back on stage accompanying him! The sexy moves and sexy beats of the song got everyone hyped! Eric had his fair share of dancing according to the choreography and showed Sydney fans a short butt wiggling dance and fans loved it!

He stopped for another short talking time and even sang a beautiful rendition of the Happy Birthday song for three fans. He also scolded some fans for claiming that it was their birthday causing everyone to burst out into laughter! Eric showed us again how much he dislikes Vegemite and laughed at some of the ‘dad jokes’ that fans prepared. He made sure to greet as many fans as he could, taking care of those standing on the second floor and those sitting near the back!

Singing ‘Hotel Transylvania 3‘ soundtrack ‘Float‘ he assured us that the movie was truly an enjoyable one and even crowd dived for a second before splashing the crowd with some water! The atmosphere was so high as the dancers joined Eric on stage for the chorus! Next was ‘Hold Me‘ which Eric said was a song he had released when times were hard for him. Asking fans to turn their flashlights on, everyone did as they supported his performance. 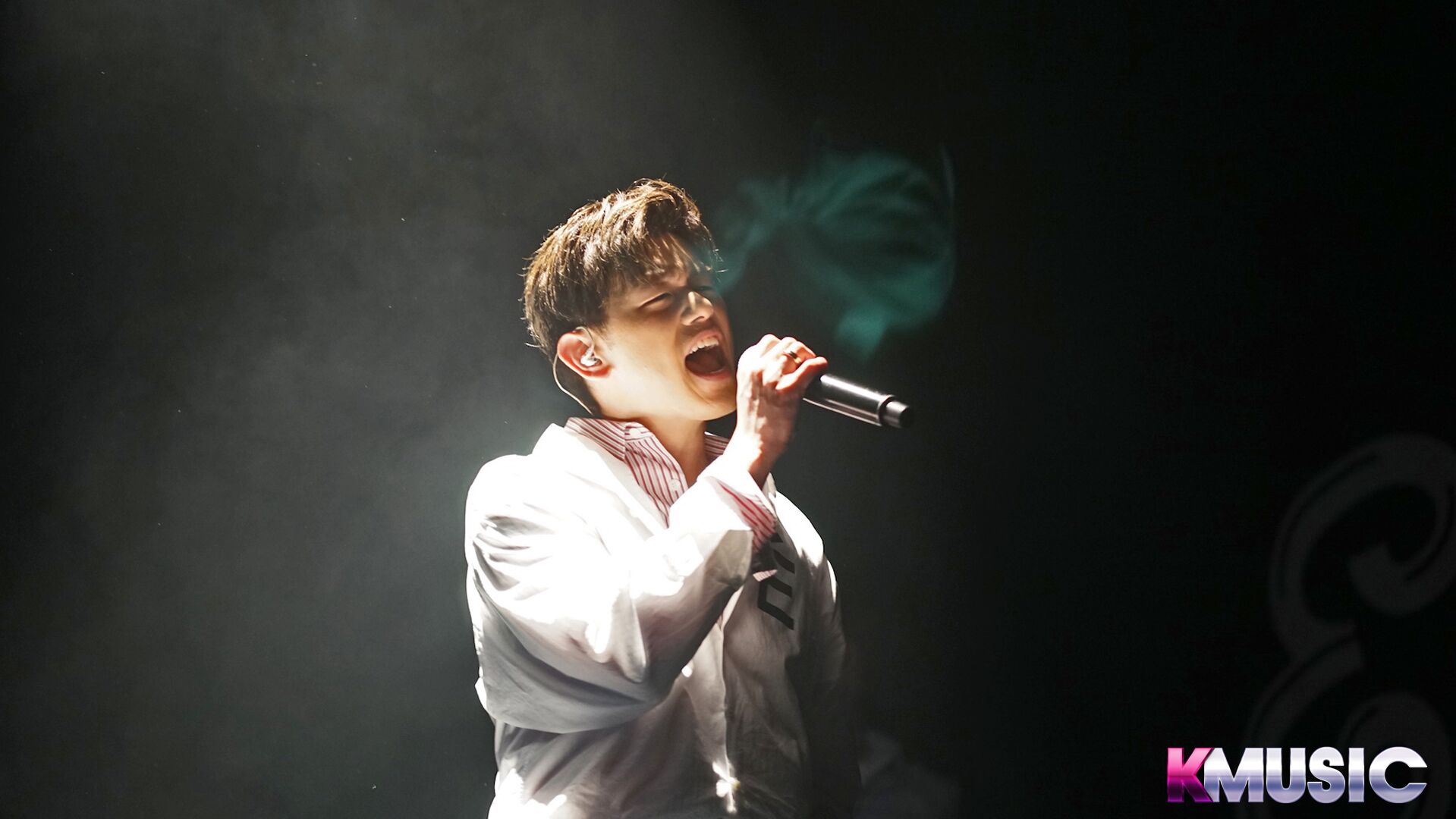 Next was ‘Lose You‘ and then ‘Cave Me In‘! Both songs made the crowd go wild and everyone was singing along! After his performance Eric sang a few lines of ‘Cave Me In‘ as he held the microphone out for fans to sing along! He expressed how proud he was of Sydney fans singing along. A fan handed Eric a big Australian flag before he took a group picture with the fans.

Eric took some time to thank his backup dancers who did an amazing job! Saying that it would be the last song, Eric sung and danced to ‘Into You‘. Eric and his backup dancers left the stage and fans were soon chanting for Eric to come back and have an encore! Everyone was still super excited and didn’t want the night to end! 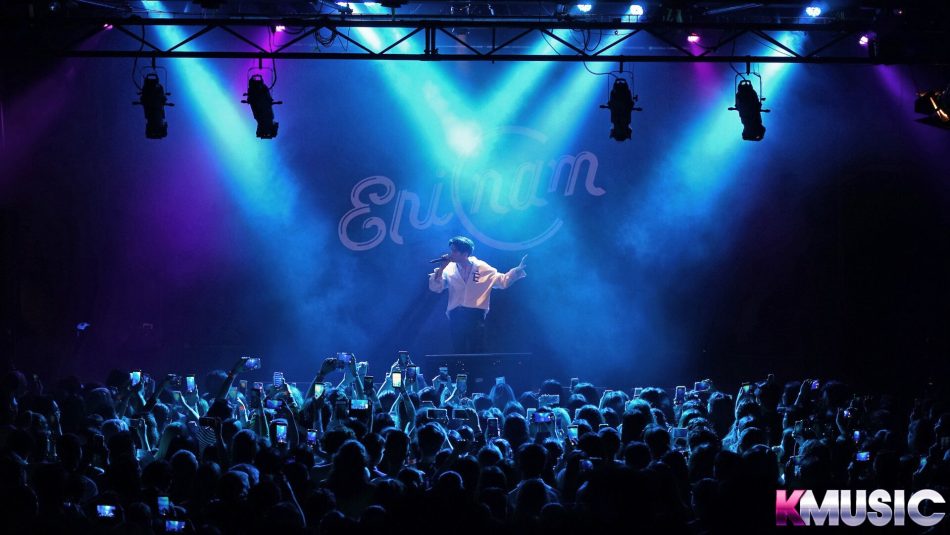 Coming back with his dancers Eric sang ‘Honestly..‘! Everyone went crazy and cheered as they sang along! Suddenly the music changed and before everyone knew it Eric was dancing to BTS‘s ‘Idol‘! This came as a surprise and fans cheered even louder knowing that Eric had prepared the dance for them. Eric paused for a short talk promising us more music soon and saying that he wanted to come back to Sydney. He kept on saying that the energy was so great and that he didn’t want the concert to end. Eric even showed us some moves from Sunmi‘s ‘Gashina‘ causing an uproar!

The last song Eric performed was ‘Can’t Help Myself‘ and the crowd cheered on as Eric showed off his goofy dance moves! Fans cheered their loudest knowing it was the last song and the concert ended on a high note!

Fans were pumped for the entire night and definitely had an amazing time with Eric. Sydney fans are anticipating more music as Eric promised! Eric‘s Sydney concert was full of energy and definitely will be remembered by all Sydney fans!

Special thanks to Live Nation and Imagikai for giving Officially Kmusic the opportunity to cover this amazing concert!

Did you go to Eric‘s concert? How was it? Tell us what your favourite moments were in the comments below!