There is no doubt that all Hidden KARDs attending the show in Sydney had very high expectations following the group’s amazing performances in Melbourne and it’s safe to say that they did not disappoint. Since it was KARD‘s second and final show of their ‘WILD KARD‘ tour in Australia they made sure to make it an unforgettable one, holding nothing back. The night was filled with so many memorable moments that we’ve compiled them to our Top 5 highlights of the night. 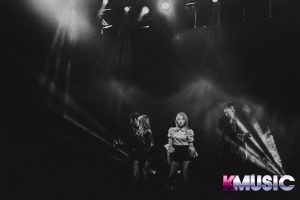 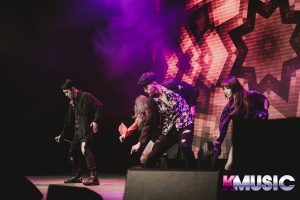 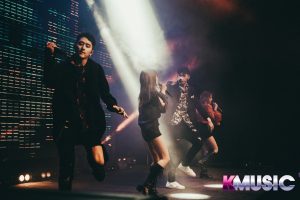 1.  BM shares his story of being proud of Somin.

Throughout the night all the members of KARD had the chance to answer some questions sent in by their fans and Somin drew out a question that asked ‘What was a moment that they were most proud of another member?’ Whilst Somin was thinking of her response, BM decided to step in to share a story of a moment when he felt proud of her. He explained that once he was in the studio whilst Somin was recording vocals for the song ‘Don’t Recall‘. She was recording a harmony that was incredibly high in pitch and difficult to sing but when he heard her hit the notes perfectly he started to tear up and get emotional.  Hearts around the venue all collectively melted upon hearing the incredibly sweet story and got a glimpse of the camaraderie and support that the members have for each other. 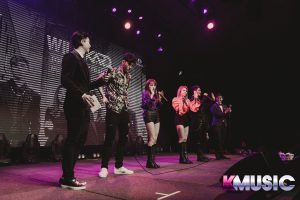 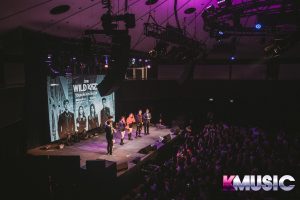 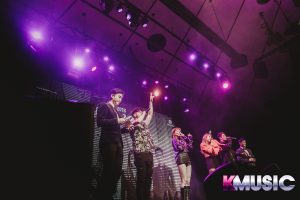 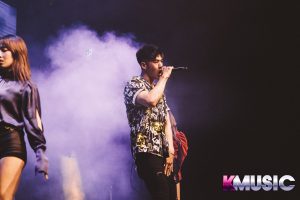 2. Somin’s overwhelming support from the fans.

Another one of the questions that were asked on the night was ‘To share an embarrassing moment.’ Somin then answered that she recently felt embarrassed at the Melbourne show because of a couple of mistakes she had made whilst performing. Her honesty was well received by the fans and promptly both the crowd and host of the evening started chanting ‘It’s okay‘ in Korean. Somin looked incredibly touched by the gesture which I’m sure would have made it one the most memorable moments of the night for her. 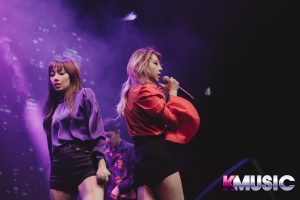 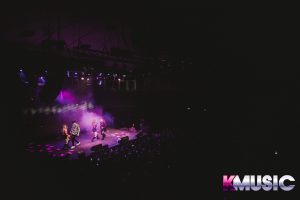 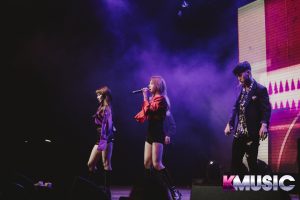 As a whole, KARD gave us nothing short of spectacular performances throughout the event. Showing us their perfect synchronicity in their dancing and effortless cool whilst performing crowd favourites like ‘INTO YOU‘ and ‘Hola Hola.’ But it’s when they stepped out individually to perform their solo acts that really stunned the crowd.

In their individual performances, we got a closer look at their personalities, charm and style as artists, showing us that they all bring their own unique flair to the group. From the impeccable vocals in both Jiwoo and Somin‘s covers of Taeyeon‘s ‘Fine‘ and Winner‘s ‘Really Really‘. To BM and J.seph‘s methodic and rhythmic rap stylings in their solo acts. It furthermore showed the fans how talented each member is as individual artists and collectively what makes them so strong as a group. 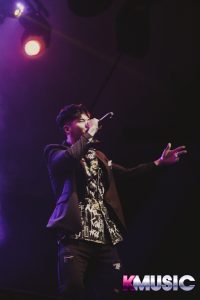 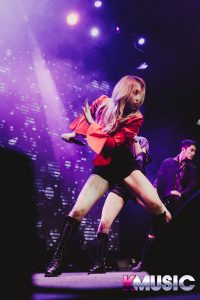 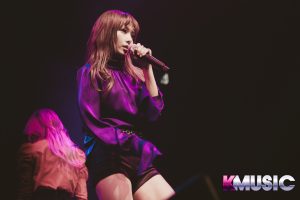 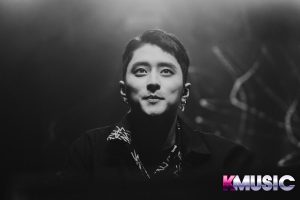 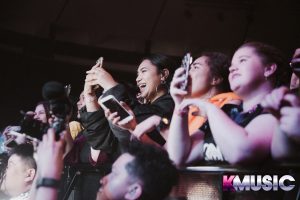 When a Kpop group covers a famous English song, it’s bound to be memorable, but when they cover two songs in a row, it’s pretty evident that we’re getting spoilt. Jiwoo and Somin started it off by covering Ariana Grande‘s hit song ‘Side to Side‘ before both J.Seph and BM joined them, rapping original lyrics created in both Korean and English to suit the performance.

At the end of the song, the energy at the Roundhouse venue was already in ablaze until the first bars of the iconic song ‘24k Magic‘ started to pour through the speakers sending the crowd wild. The energy from both the fans and the members was electrifying as they sang, danced and hyped each other up throughout the whole performance making it one of KARD‘s most iconic performances to date.

Can we please go back in time & relive these iconic moments with KARD at their Sydney show!#KARDinSYDNEY #KARDinAUS #KARD2018 #WILDKARD pic.twitter.com/hlmXpf3Bfn

Unfortunately, all good things must come to an end, but it was pretty evident that not even KARD themselves wanted to stop the party. Even though the group had put their all in each song they performed on the night, they did not slow down and kept the energy going until the very end.

For the final encore of the evening, KARD came out to perform their song ‘Living Good‘ from their first Mini Album. Right off the bat, BM decided to rap on top of a stereo placed on the stage allowing him tower over the audience before channelling his inner ‘rock god’ and jumping down to join his fellow members right in time for the chorus. The group looked like they were truly living the good life and had the whole venue jumping and singing along till the very end making the final farewell very bittersweet.

Thanks for the memories @KARD_Official !
We can’t wait for you to come back and visit your Australian Hidden KARD’s again. #KARDinSydney#KARDinAUS#WILDKARD2018 pic.twitter.com/YWSE678qSd

As it was their first visit to Australia I think it’s safe to say that KARD had a very successful tour and left with some amazing memories of their own.  They even admitted on the night that they were so surprised by the overwhelming support and number of fans that they had in Australia that it only encourages them to work harder to create more music and have the opportunity to come back. Even though it is the end of their short but sweet tour in Australia, I’m positive that they felt the love from all their Aussie Hidden KARDs and will want to come back again soon.

We would like to thank Fasttrack Events and DSP Media for giving Officially Kmusic the opportunity to cover both the Melbourne and Sydney shows and for bringing KARD to Australia. We can’t wait to hear some new music from KARD and hope to see them back in Australia soon.

Hey guys! My name is Stephie and I’m one of the Sydney based Journalists here at Officially Kmusic. I’ve got a background in Music and I’m also a Travel Nutt so I try to go to either Japan or Korea at least once a year. I love way too many Kpop groups to name them all in this bio but I will say I’m really in KRnB specifically artists like Dean and Crush. :)