K-Exclusive: A Night of Growing with Stray Kids

K-Exclusive: A Night of Growing with Stray Kids

Houston Texas, the last leg of their Unveil Tour ‘I am..‘ this past May 19th brought Stay together for a night of growth with Stray Kids. Together, Stray Kids showed their Stay that evolution in life, and in music, is essential and without it, there would be nothing. Woojin, Bang Chan, Lee Know, Changbin, Hyunjin, Han, Felix, Seungmin and I.N brought fourth an inspirational night of youthful growth.

The members Stray Kids took to the stage performing songs from each of their albums since debut. Though their debut was roughly a year ago, they still put much emphasis on the fact that since they are growing and maturing in this life, their music will also grow and mature with them. 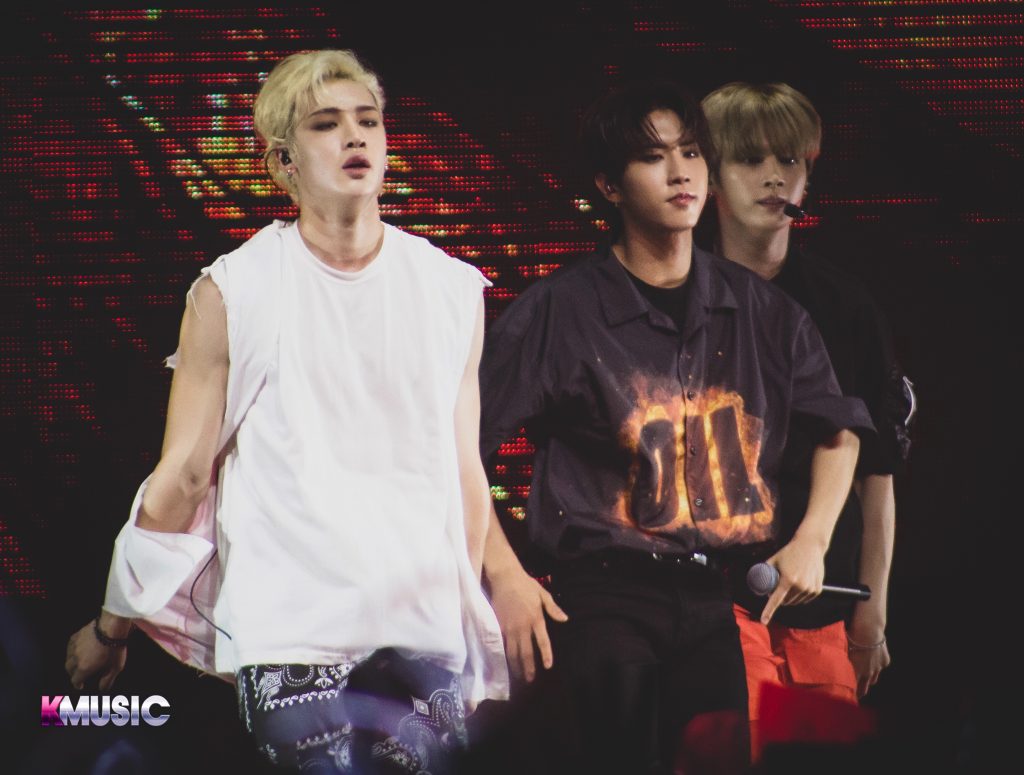 “I hope you guys can all grow up as we are growing up as well…we’re always welcoming and we always care about you guys, you guys can always come to us and talk on how you feel and we’re prepared to listen. Thank you guys, and always continue to grow up.”

Stray Kids opened the night “Hellevator,” a digital single from their pre-debut EP titled “Mixtape”. The song proceeds to tell how their pursuit of life is scary as they venture out into the unknown. The fear of failure, the fear of being alone, and starting something that is unfamiliar to them. Upon hearing the song, the Stays were so hyped you could feel the tremendous amount of vibration and energy throughout the crowd as they sang along and cheered for the boys. Through songs such as this, many can relate within their own lives.

They continued on with songs such as “District 9,” “Mirror,” and “My Pace” all emphasizing the fearful and unknown that most youths feel. They often ask themselves: Who am I? What is my purpose? What do I want in this life? The confusion in their hearts as adolescence into adulthood is rather a scary topic. 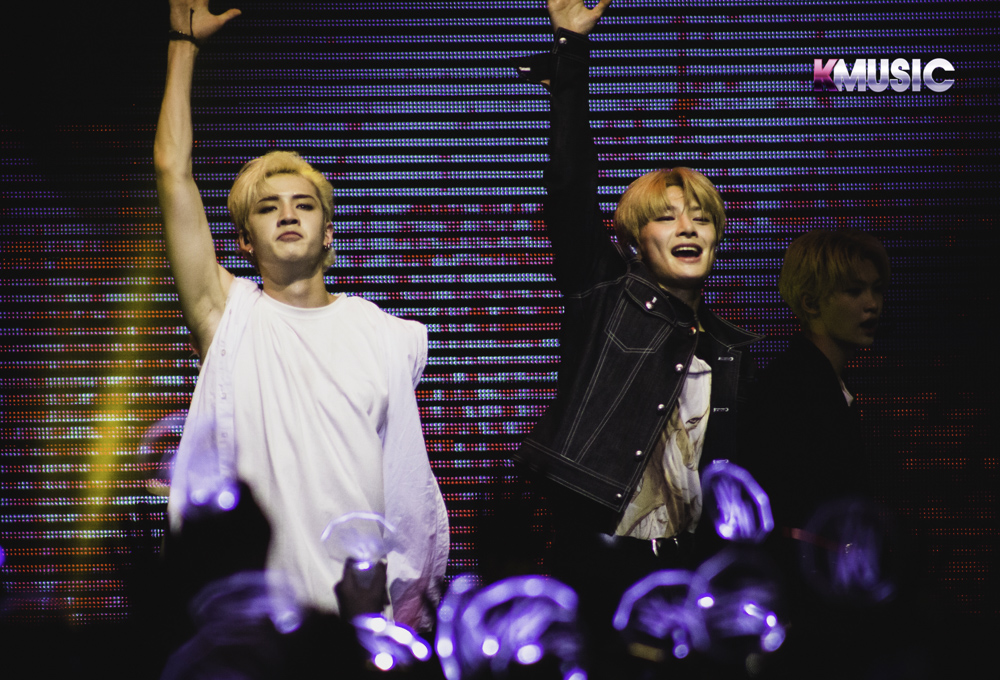 One performance in particular left the boys rather touched. The song “My Side” had all the Stay in the room singing along, almost as if they were singing this as a dedication back to the boys themselves. Han responded, “the song is a sentimental song, but singing it live in front of you guys, Stay, who are always on our side is even more touching. I am so happy now, guys.”  This song gives off that they are scared of the future, yet there is always a kind of support there for them and encouraging them to move forward. Personally, I believe that this is the Stay whom are helping them achieve and move forward with their endless support and love for the members.

“Even though you saw the same scary future, you put my dreams first Thank you for reaching out both your hands to me and thinking about me…“

Woojin commented, “Actually, I was worried because there’s a language barrier between us and you guys maybe wouldn’t understand the lyrics, but seeing you guys sing along to every word of the song, I was so overwhelmed. Stay, you’re awesome.” Seungmin added on, “I think the best connection between Stay and Stray Kids is music.”

And anyone, especially if you’re a Stay couldn’t have agreed more, as Stray Kids all share a helping hand in co-composing their songs for every track they have put out that deals with difficulty of coping with identity and adolescence, thus making it easier for Stay to relate so much to their music as most of them are staggering into adulthood as well. 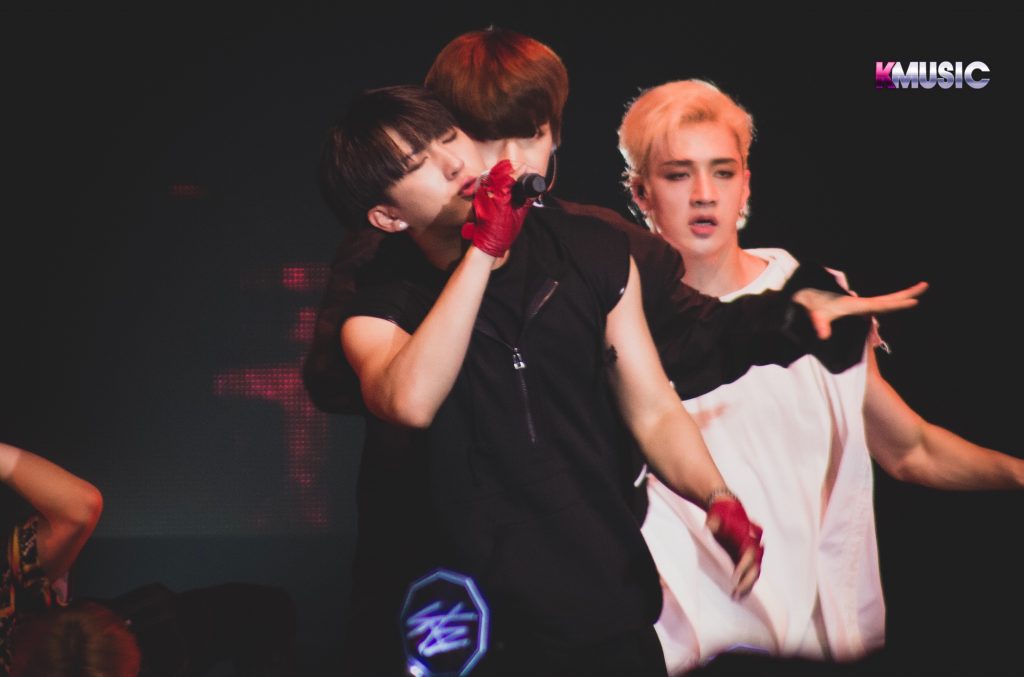 Their most recent song performed during the night was Miroh, a single from their new album, Clé 1: Miroh. This song is a starting point to their new story of their lives. The title, inspired by the Korean word “maze”, conveys a new chapter in their lives as their music is maturing along with themselves, leading them to face many obstacles and take on new experiences and creative risks.

Unlike their previous album series, “I am Not”, “I am Who” and “I am You” which focused on fearful and doubtful youths that struggle with identity issues, their latest singles like “Miroh” as well as “Victory Song”, tell the story on how they go on to pursue adulthood in a victorious and more confident way, meaning no more uncertainty. 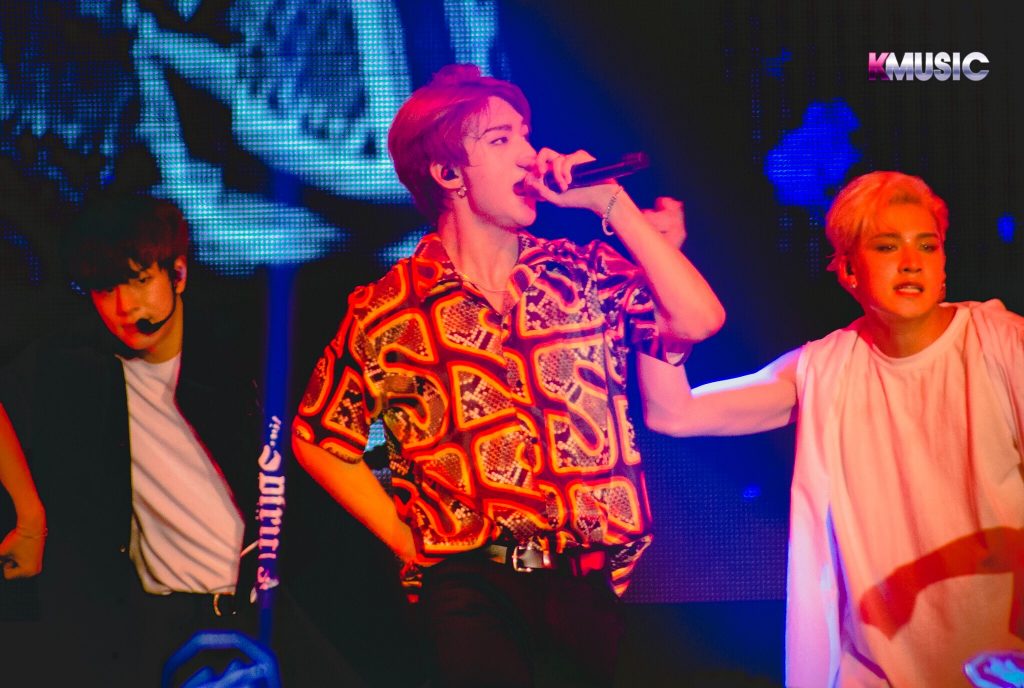 If there’s one thing that was taught from Stray Kids through their stage performances, contrasting personalities and their completely different outlook on life, it’s this: Making their own music is one of the biggest influences because they’re able to share their authentic side and release the messages they want the fans to hear. They’re able to bring forth their own identity and act as the rebels through their songs which makes them stand out to their listeners as empowering individuals.  They’re able to express themselves on how they feel on topics such as, anxiety, depression, peer pressure, and growth much easier, and they make sure to tell their fans that it’s going to be okay and that you aren’t the only ones going through something dark or sinister, you will get through this. We can learn a lot from the vigorous group that’s notably being the voices for the youth and has a completely different mental view on life.

As the Houston show was sadly coming to an end, leader, Bang Chan mentioned, “When making our music, a lot of the things that we hear from Stay is, ‘You guys are my inspiration.’ ‘You guys saved my life.’ That’s something we want to say to you guys, you inspire us and you make us alive. The chemistry between us, I hope it can go on forever.” 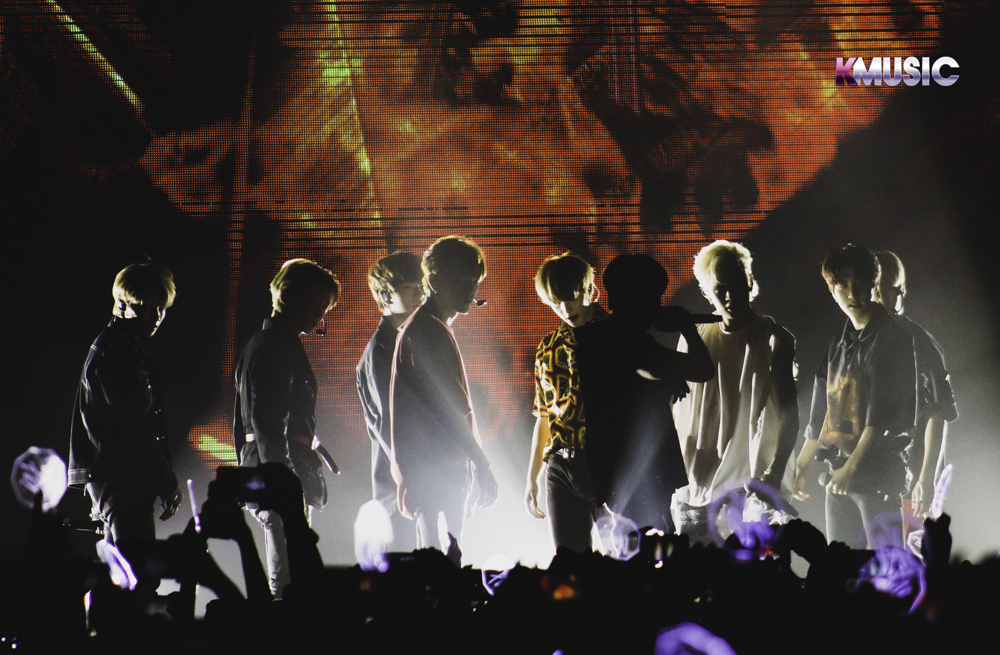 Stray Kids left quite an impression on Houston Stays and we can expect a lot of substantial amount of things with the new chapter to their story on being assertive and acting as a counselor for the fans. Before performing the very final song, “Grow Up”, Bang Chan stated, “I hope you guys can all grow up as we are growing up as well…we’re always welcoming and we always care about you guys, you guys can always come to us and talk on how you feel and we’re prepared to listen. Thank you guys, and always continue to grow up.”

Thank you to SubKulture Entertainment for having me, on behalf of Offically Kmusic at the show. I walked away with my head higher and a bit more confidence thanks to Stray Kids.