After a few years since 2014, Running Man members came back to Malaysia and managed to attract thousands of fans during their Malaysian fanmeet. The member of the popular South Korean variety show, namely Ji Suk Jin, Kim Jong Kook, HaHa, Song Ji Hyo and Lee Kwang Soo entertained the crowd with interactive games and live song performances.  It was held at the Malaysia International Exhibition and Convention Centre. 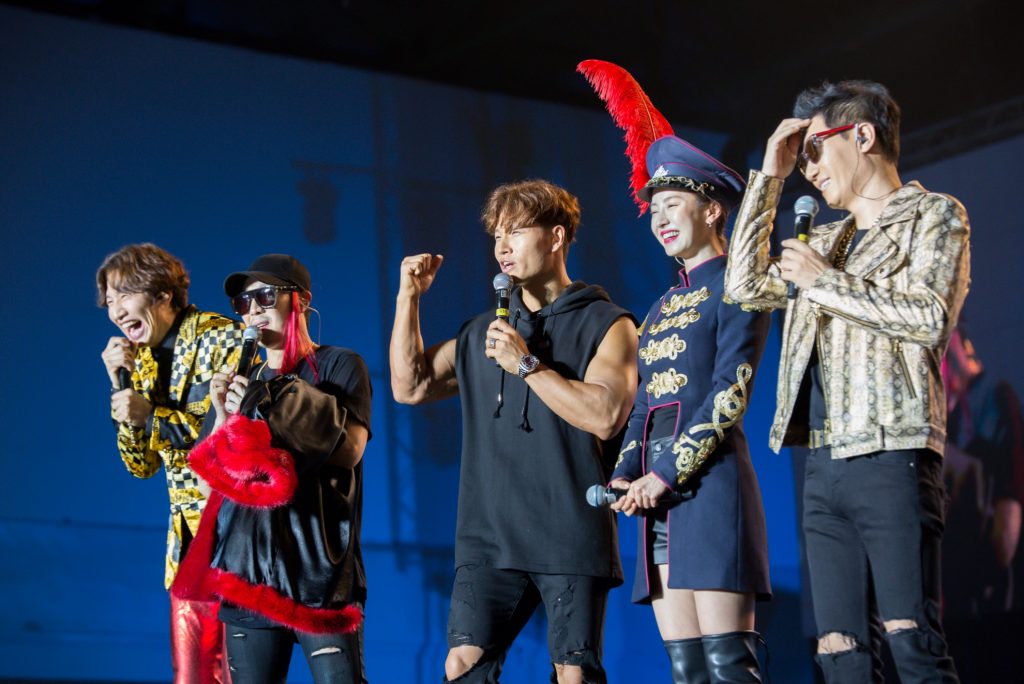 After their first performance, the MC interviewed how their felt been in Malaysia. Kim Jong Kook said “Thanks for your love and support all this while, It’s great to be back here.” Then Ji Suk Jin said “Yes, I can never forget how great the food is here, like the satay I had just now,”.”The energy is always crazy here too, so let’s have a party tonight!” Haha added. 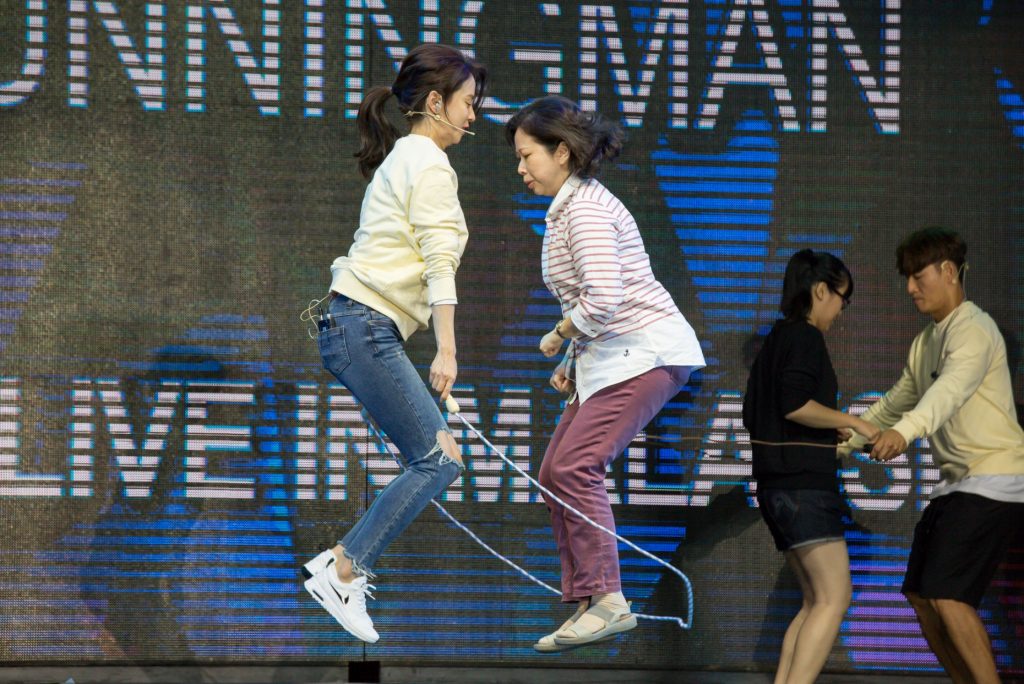 The Running Man members played two games with 10 lucky fans, where they re-enacted the most popular K-drama scenes and jumped rope in pairs. The result ended unexpectedly and hilarious. HaHa said with laughter when one fan ran when Kwang Soo wanted to re-enact the scene “Our Malaysian fans have the best sense of humour. Out of all of the fanmeets we’ve been to, this is the best,” while his fellow members nodded in agreement. 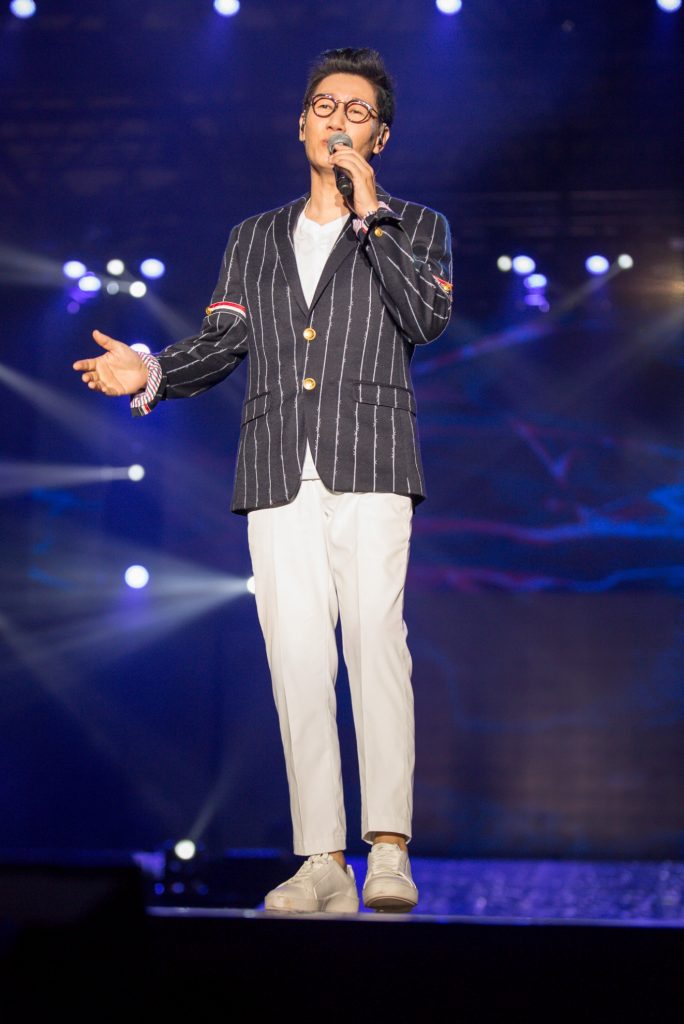 Lee Kwang Soo sang ‘That Woman‘ a cover  heart-warming ballad by Baek Ji Young. While Ji Suk Jin surprised fans when he performed ‘You Are My Everything‘, the soundtrack of K-drama, Descendants Of The Sun; and John Legend‘s ‘All Of Me‘. 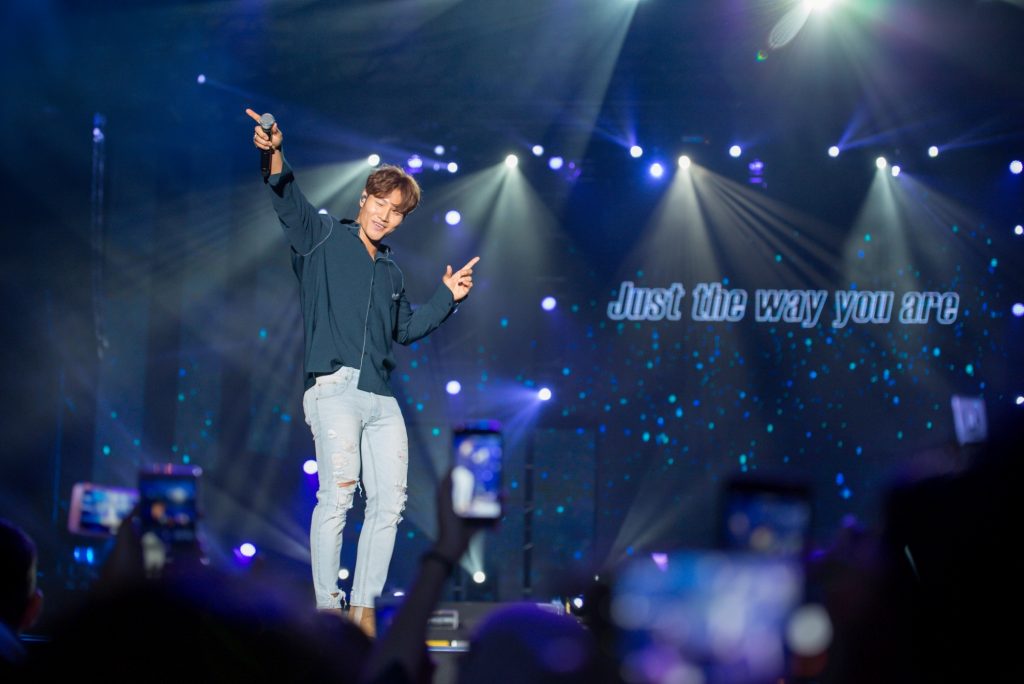 Singer Kim Jong Kook sang Bruno Mars‘ ‘Just The Way You Are‘, Justin Bieber‘s ‘Love Yourself‘ and his own song, ‘One Man‘. 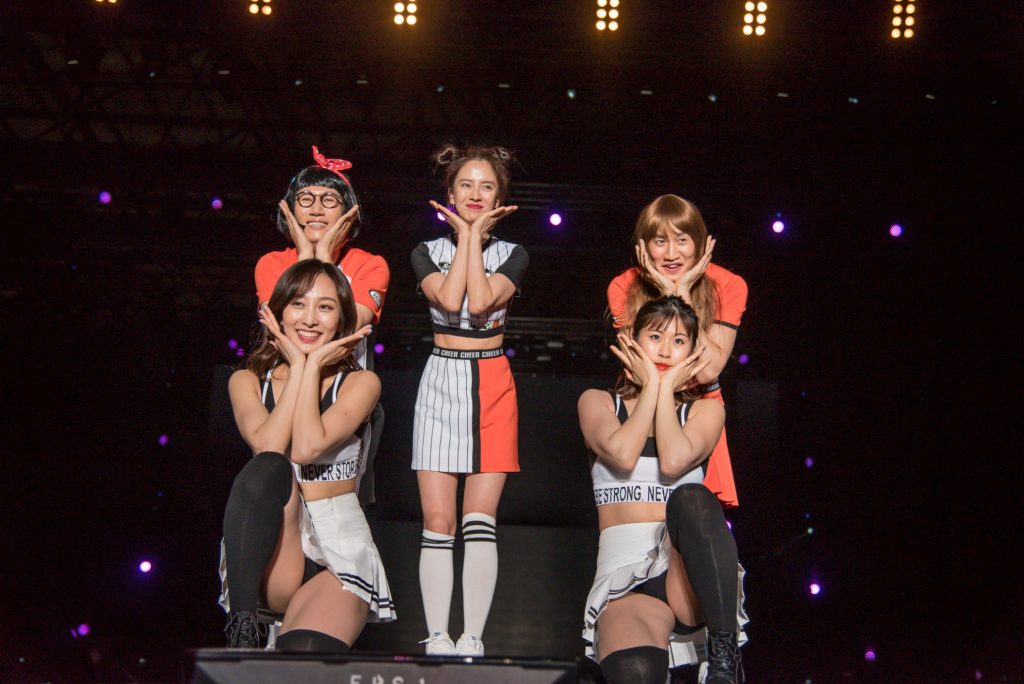 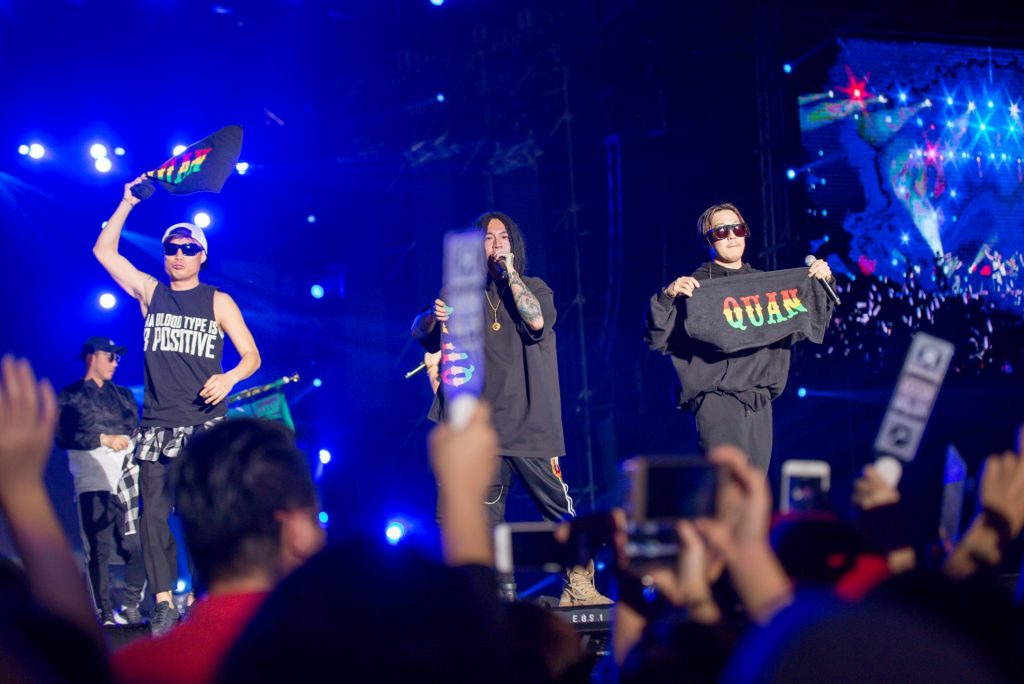 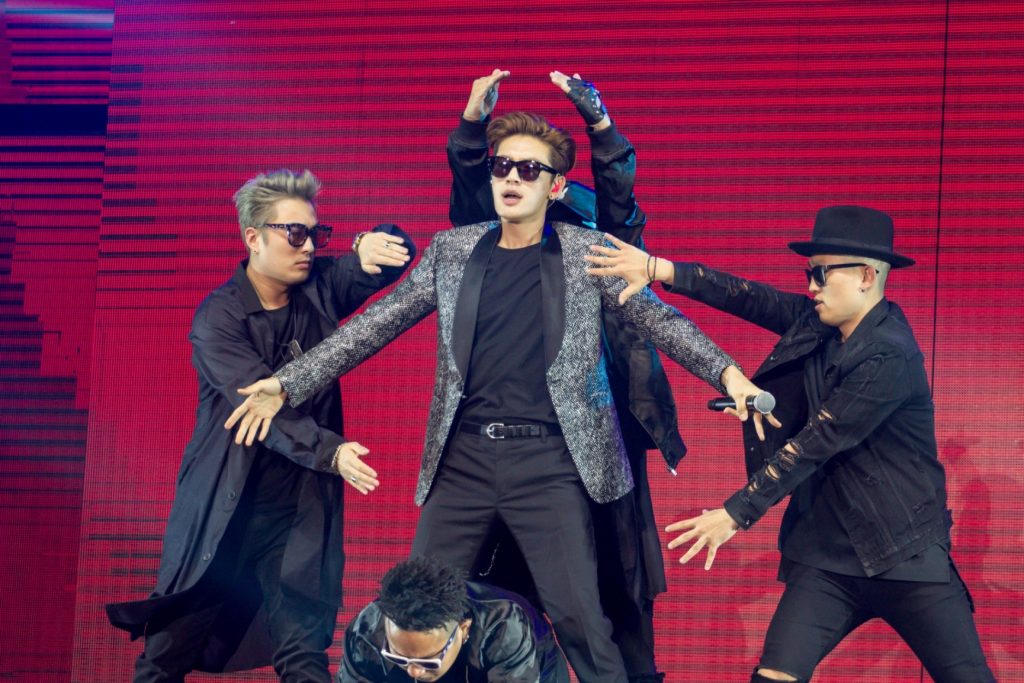 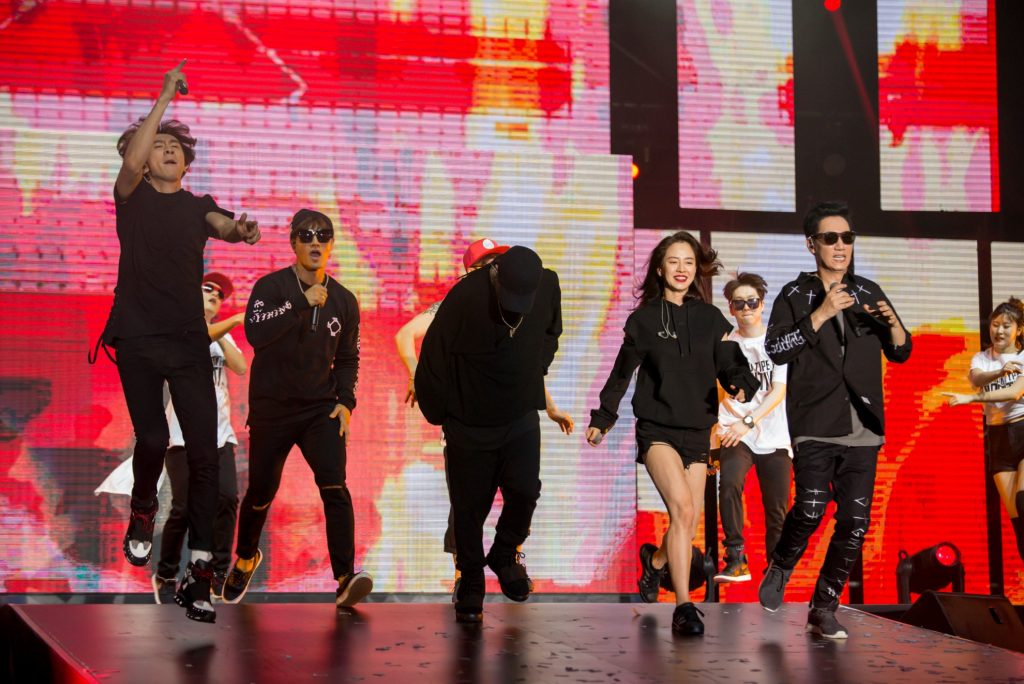