The rain didn’t stop the Filipino Carats as they attend the Philippines leg of SEVENTEEN‘s Asia-Pacific Tour entitled “Shining Diamonds” on August 14 and 15 at The Theater at Solaire Resorts and Casino. The group is really proving their immense popularity in the country as this is the only stop with two show dates! 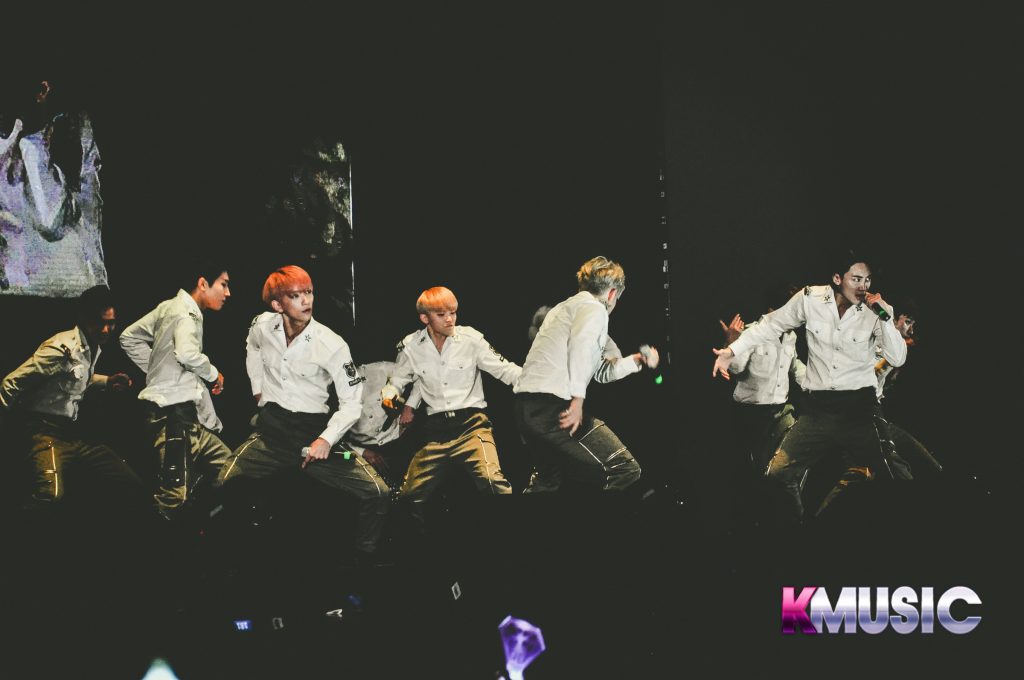 SEVENTEEN started off the show with a powerful performance of ‘Shining Diamonds’, a song that they first performed in their reality show ‘Seventeen Project’, with only a crowd of less than fifty people. Who would’ve thought that they’d be performing it in front of more than 2000 international fans just a year after debut? 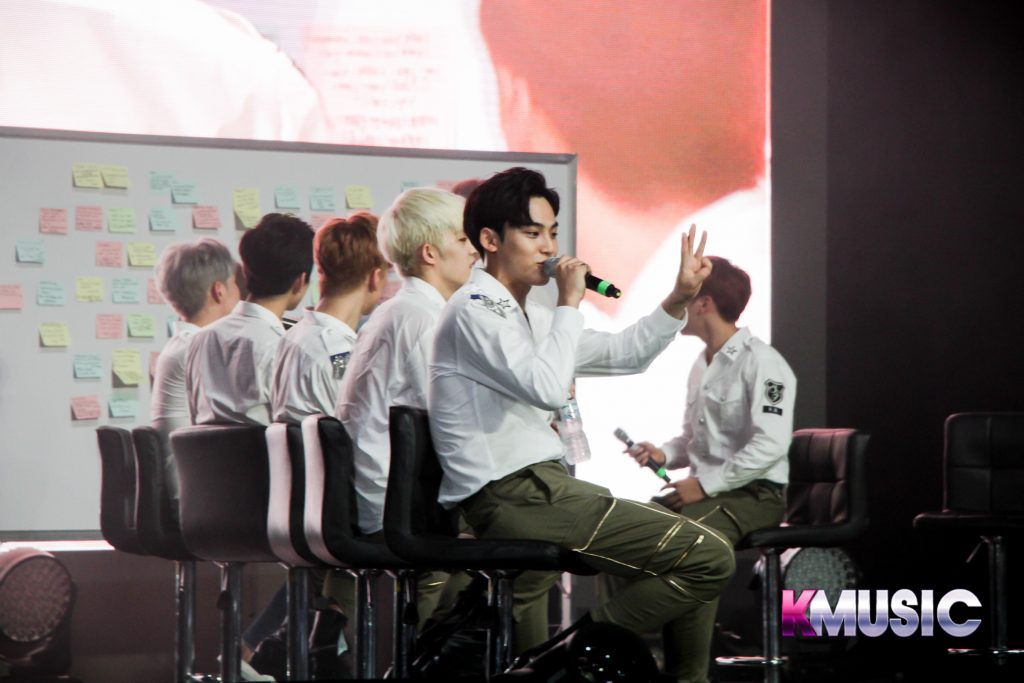 It was immediately followed by individual introductions. The boys mentioned how this is the first time for them to visit the country except for one member– in which Mingyu slowly stepped forward, raised his left hand and said, in Tagalog, “Ako! Ako! (Me! Me!)”. He then explained that he went with his dad when he was young. 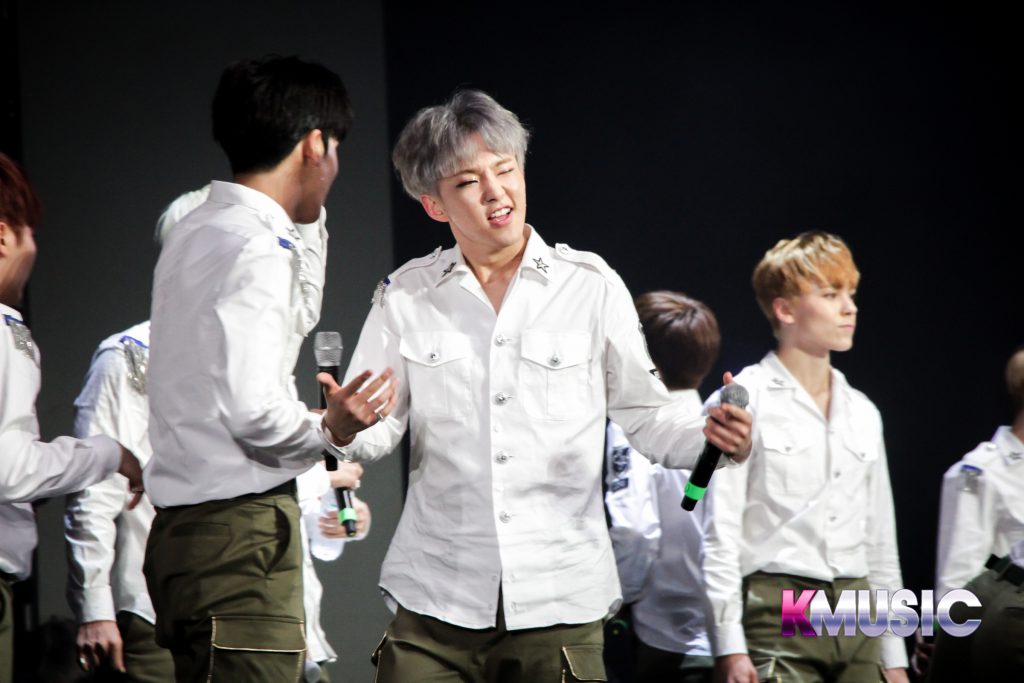 Leader S.Coups also apologized about the absence of the two Chinese members, Jun and THE8 due to personal reasons. Despite them not being able to make it, the rest of the boys made sure to give the Filipino fans their best and went full out on stage. The cheeky boys immediately changed into fine men as the stage was bathed in a fury of red lights and the speakers blasted heavy bass sounds as they continue on with fierce performances of “Rock” and “엄치척 (Chuck) “. 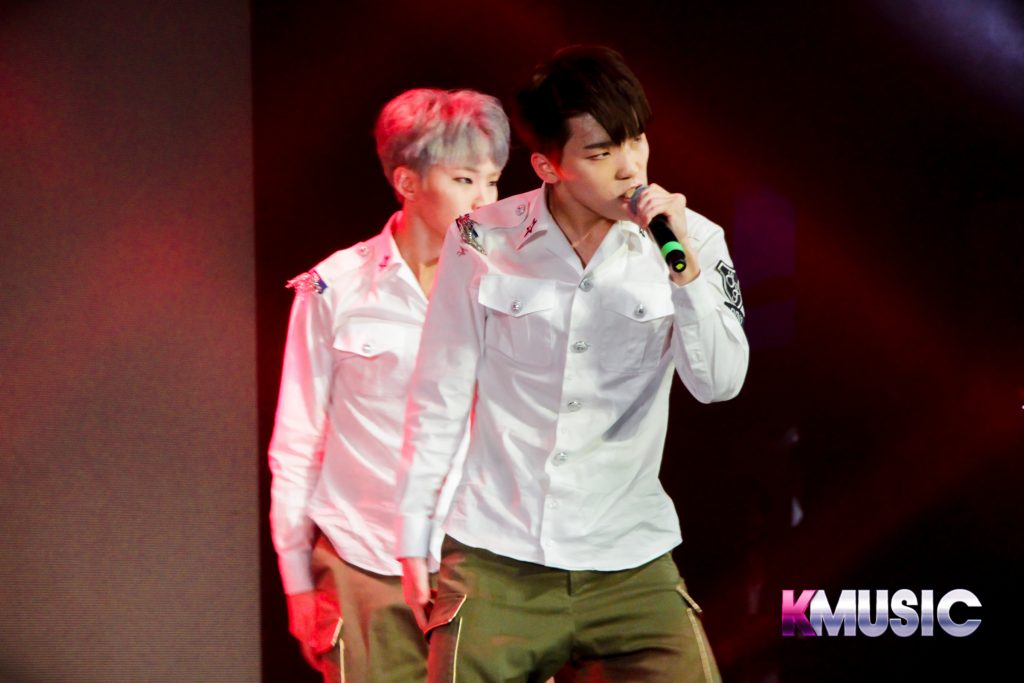 The first talk segment started as the boys chose dares and questions that fans personally wrote down on post-its prior to the show. One question was directed to Vernon, asking what his favorite body part of member Seungkwan is. To answer the question, he asked Seungkwan to stand up and turn around and smacked his butt, leaving everyone laughing. 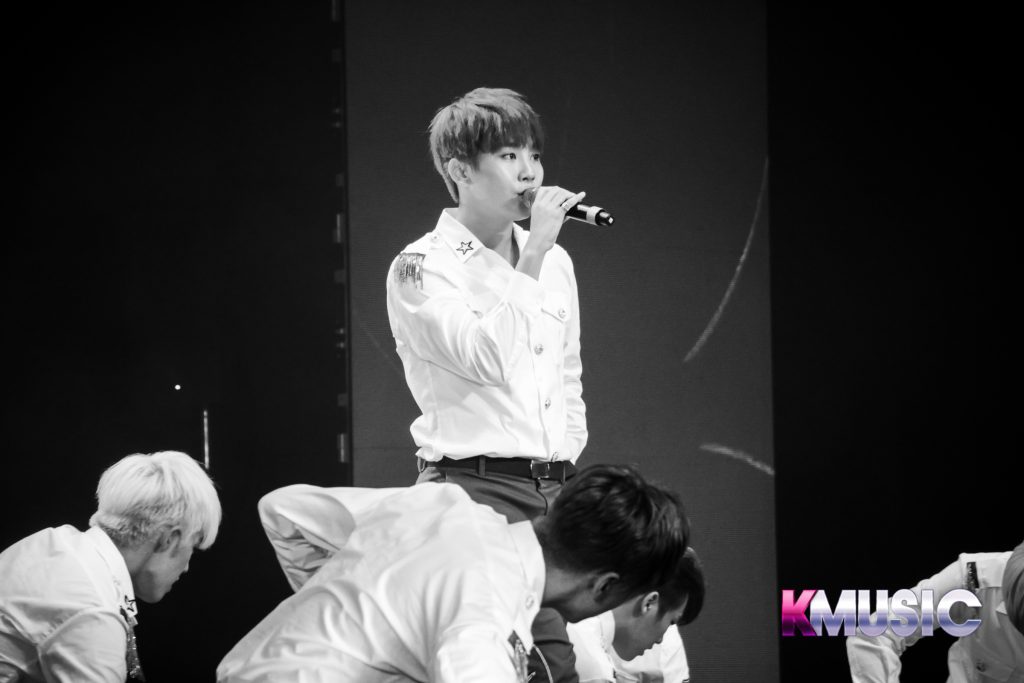 The dares varied from cute ones such as the members saying phrases in Filipino, dancing to girl group songs, and really unique ones such as Dino to passionately dance without music and S.Coups having to tie Jeonghan‘s hair onstage. 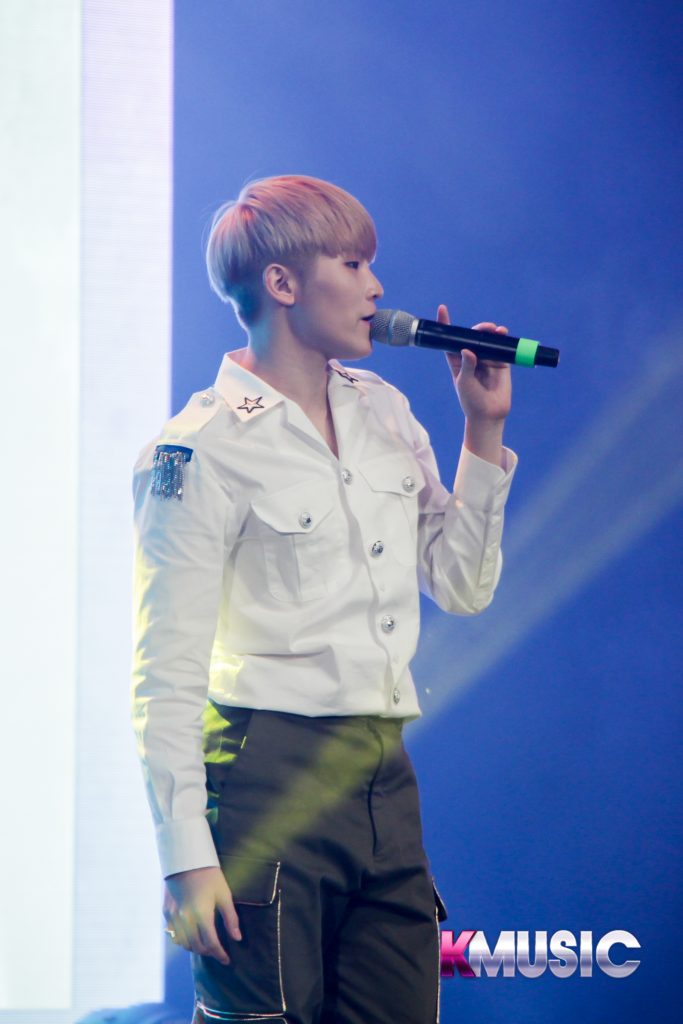 Compared to their fanmeeting in Singapore, the boys prepared a whole different second set.  Starting with the upbeat “Q&A” with Woozi, S.Coups and Vernon, and told Carats to take over Ailee‘s parts, in which they passionately did. Looking dashing in black and white suits, the mood instantly changed as we move to “Say Yes”, a heartfelt ballad that was written and sang by main vocals DK and Seungkwan. The stage lit up prettily with two spotlights donned over each of them. “유행가 (Popular Song)”  came on, to which the fans bopped, and even sang along while waving their lightsticks with the beat. 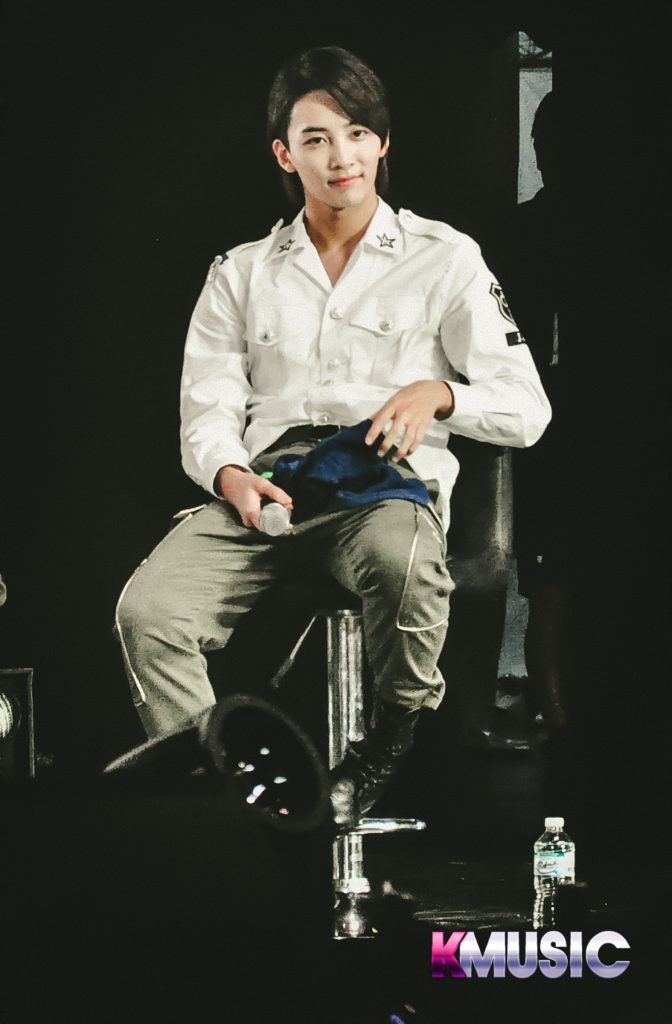 Seungkwan took over the stage as he transforms into “MC Boo” to host a game of charades. The members were divided into Hyung-line and the Dongsaeng-line, in which the losing team received individual punishments. The fierce battle rolled in a continuous roll of laughter, cheering and screams from the audience as the members acted out everything from a selfie stick, to an ostrich and even the Eiffel Tower and the Sphinx. 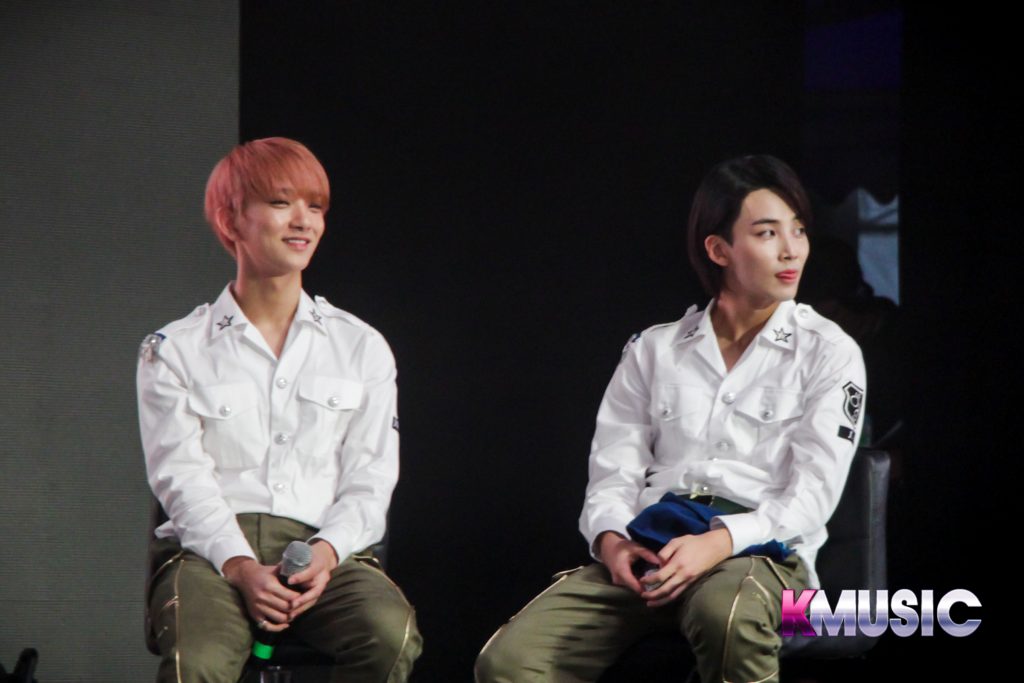 Carats passionately sang along as the “예쁘다 (Pretty U)” music video was being played as the boys prepared for the final stages. Re-appearing on stage, SEVENTEEN looked adorable in teal suits as they perform a string of their hit title songs “아낀다 (Adore U)”, “만세 (Mansae)”, “예쁘다 (Pretty U)” , and ended the combo off with “아주 Nice ”. 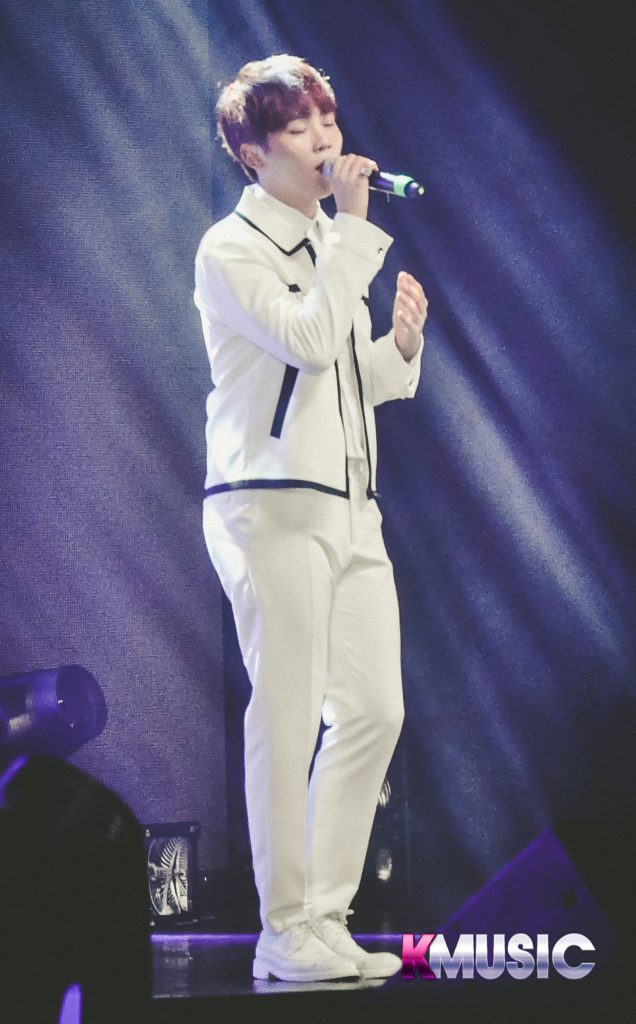 The boys hurriedly said goodbye and ran off stage as a VCR of their pre-debut videos played and as soon as it ended, the boys came back for the Encore stages. Wearing their official tour shirts and carrying baskets in their hands, and the crowd went crazy as the boys threw off signed colored balls to the audience while singing “Healing”. 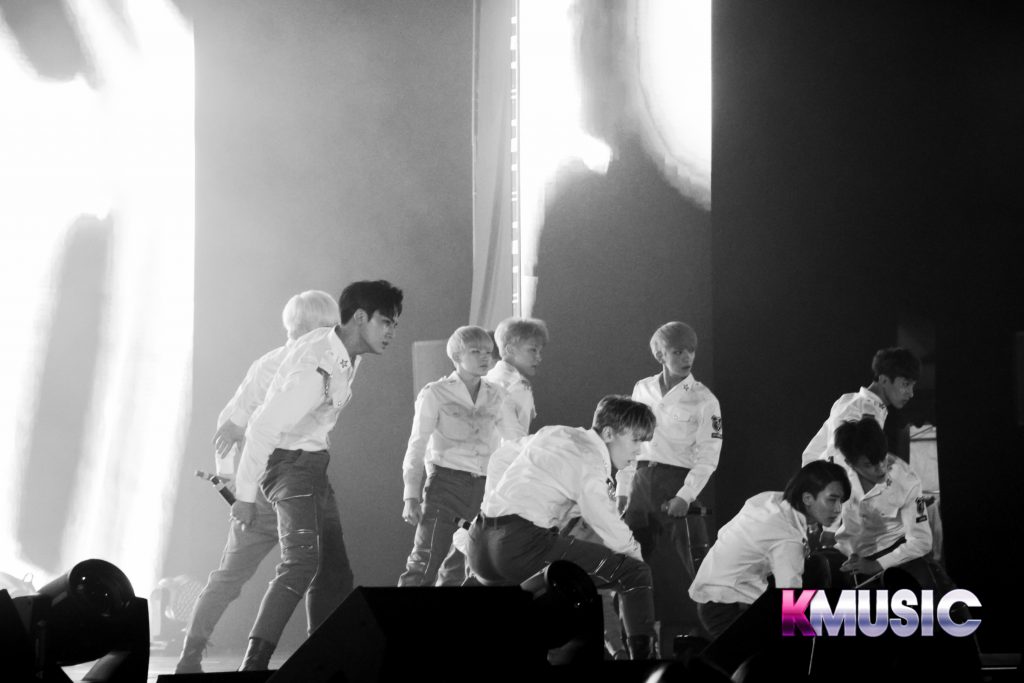 The local fanbase, Seventeen Philippines, prepared special fan projects, making the event even more special and memorable for both the group and fans. Carats held up banners that say “늘 니 옆에 있어 줄게 (I’ll be by your side)” , “우리 정말 많이 기다렸어 와줘서 고마워! (We’ve waited for so long, thank you for coming)”, and ” 널 빛낼 게! (We’ll make you shine)”. 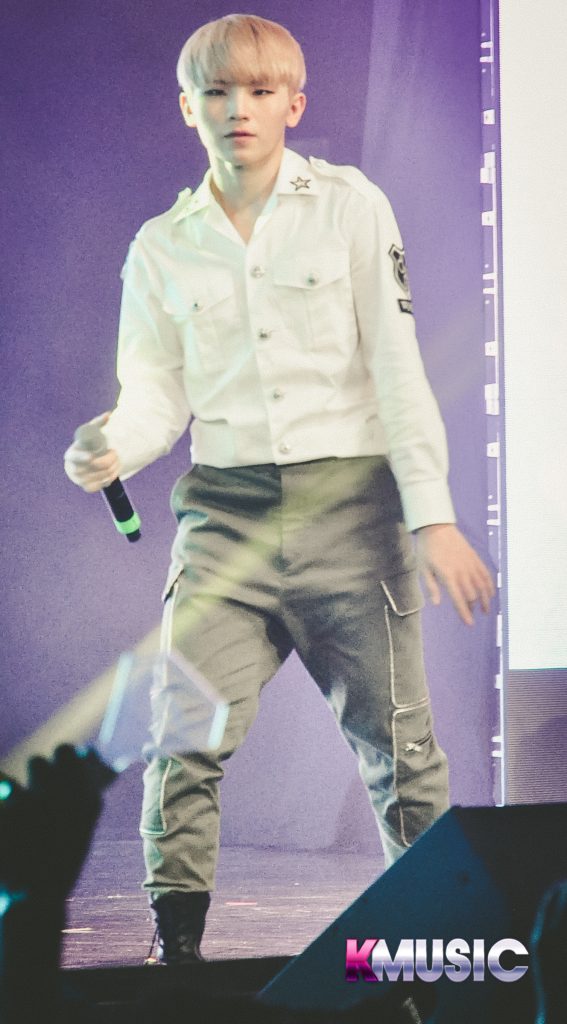 As the final song, “Love Letter” was being performed, Carats surprised SEVENTEEN as they let their paper-planes, where their own love letters for members were written, fly to the stage. The fanmeet ended with the group saying their goodbyes and thanking the fans for joining them through the two shows, and even saying that they want to come back really soon. 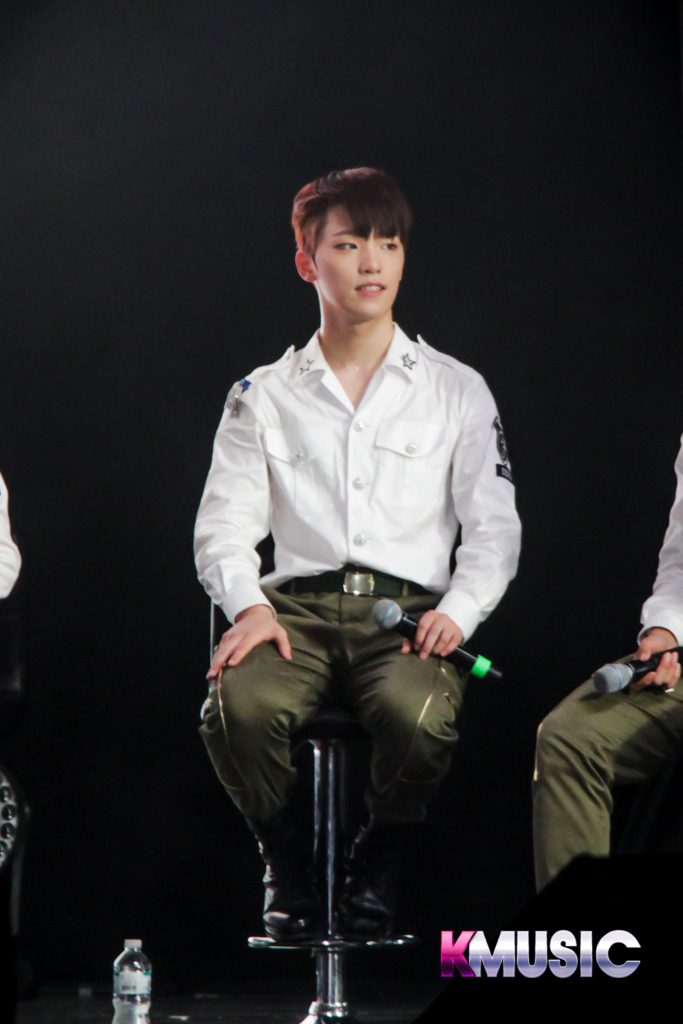 After the curtains have closed, it was time for Hi-Touch and Group Photo sessions with the group. VVIP Ticket holders were given pink cards for Hi-Touch, and blue cards for the Group Photo, and vice-versa for the second night. Fans must’ve held on to their excitement when they saw the members up-close, as most of them were overjoyed, some were even crying as they exit the theatre.

We would like to thank Three Angles Production for allowing us the opportunity to cover this show!