July started well for most Singaporean JWalkerz because if you haven’t heard already, Jay Park was in Singapore on the first week of July for the Shine Festival 2016! Held at various parts of the famous Orchard Road over the span of 3 days, Jay’s performance proved to be one of the best performances for everyone who attended the festival. 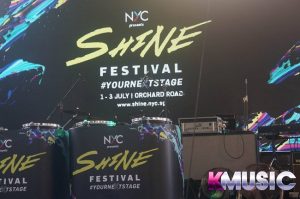 Officially Kmusic is very honored to be invited to his private sharing sessions during the festival.

On the first day of the event, during the media sharing session, Jay shared with the audience about his life motto, “What doesn’t kill you makes you stronger and as long as you’re not dead, there’s always hope. You never know what’s gonna happen in the future.” 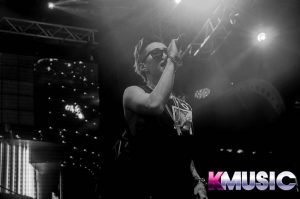 He also shared that the “cultural differences and language barrier” was a huge challenge that he faced as an artist since he was born in the Seattle. Practicing the Korean language over the decade has helped him a lot and he is very proud of writing raps in the Korean language now. He advised others to always “have a positive attitude” towards whatever they are doing to overcome any challenges. 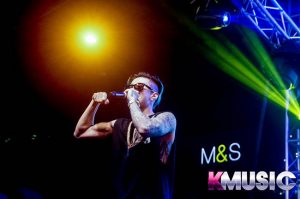 He then got the crowd laughing when he answered about his upcoming English EP. He wanted to do an English album before he started to forget the English language since he spends most of his time in Korea now.

Besides Jay Park, two Korean parkour coaches also came to Singapore for this festival. They are Ha Rim Cho and Jiho Kim.

Officially Kmusic had a great time talking to these two friendly parkour experts!

Both men have appeared in various KBS and SBS television shows, together with a few Korean celebrities namely Park Jaemin. They have also collaborated with A-JAX for a music video to do some parkour stunts. Ha Rim Cho also shared that he took part in the Peter Pan musical.

Jiho Kim has done parkour for 12 years now while Ha Rim Cho has done parkour for 8 years. Jiho started doing parkour after watching a French movie titled “Yamakasi” during his high school days. He felt like his “life was very limited” because of the stressful high school education and he saw parkour as a way to escape from the Korean study culture. As for Ha Rim Cho, he was influenced by his peers to take up parkour and however, he is the only who continued to pursue parkour.

Jiho also shared that he would like to join 2PM if given a choice because he saw the members doing martial arts training before. He also seemed to be a fan of Jay Park and he joked about planning to ask Jay to try parkour for his future music videos!

More entertainment agencies are also contacting people from the parkour industry to collaborate with idol groups according the two parkour coaches. So we guess all of you can now anticipate your favorite idols to do some parkour stunts in the near future! 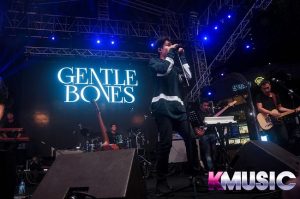 For the second day of the event, Singaporean JWalkerz were seen to be around the vicinity of the stage as early as 12 hours before the event started. Performances from the local celebrities Tabitha Nauser, Gentle Bones and Shigga Shay got the crowd prepared before getting even more hyped up for Jay’s performance. 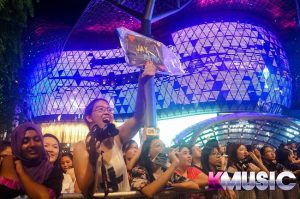 Jay started his performance that night with ‘Nothin On You‘ and then the well-known song ‘Joah‘. He then got all the fan girls screaming even louder than before with ‘Solo‘. Even though Hoody was not present that night, the crowd sang along during her part while he danced to the beats of the song. 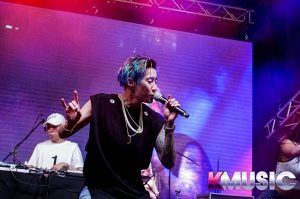 He then performed ‘NaNa‘, ‘On It‘ and ‘Worldwide‘ with Ugly Duck. Jay also performed ‘You Know‘ with Singaporean rapper Shigga Shay who performed Okasian’s part for that song. 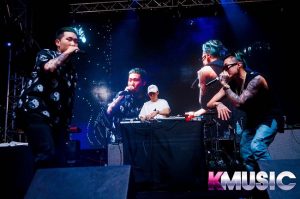 It’s not Jay’s performance if he doesn’t take off his shirt, so the moment DJ Pumpkin drop the beats for ‘MOMMAE‘, Jay took off his shirt making the night hotter than it already was. Ugly Duck and Jay then performed ‘BO$$‘. Both guys got everyone present that night shocked when they climbed up the railings of the stage. 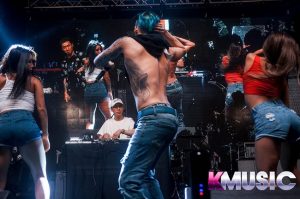 The AOMG boys ended the night with an encore by performing ‘All I Wanna Do‘ and also, for the first time ever, Ugly Duck and Jay Park performed their upcoming song ‘Ain’t No Party Like A AOMG Party‘ which will be released this 13 July.

Before he left for Korea on the third day of the event, Jay Park sat with some of his fans as well as youths who look up to him as an inspiration. Officially Kmusic was also invited to his sharing session and here are some of the highlights of that session. 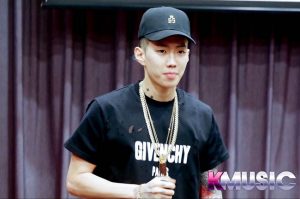 He shared with the audience that he was attracted to B-boy and street dance after growing up watching Usher and Michael Jackson on the television. He also shared that he tried to secretly mimic older boys in his school who were doing street dance and then started to take part in dance battles and join his AOM crew. Even now, he tries to find time to practice some of his B-boy moves while watching footage of B-boy moves. He also sees his AOM crew as family and he visits them, once in a while, in Seattle. 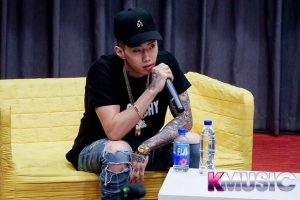 He would also like to do a show with the whole AOMG crew in Singapore, one day when asked by a fan because he prefers to perform with the other boys.

When asked about any of his hidden talents, he said he’s now too old to do a back-flip and doing music, singing and dancing takes up 80% of his life so the other 20% of his life is spent watching Netflix and drinking.

Officially Kmusic would like to thank National Youth Council for this opportunity!