For the fist time ever Stray Kids performed in Australia on the 21st February 2019, in Festival Hall, Melbourne. This isn’t a minor achievement for them because the group has a massive fan base in Australia, thanks to the two Aussie members of the group: Felix (rapper) and Bang Chan (leader and vocalist). From fans lining up from 9 am in the morning to amazing production quality, this concert was a memorable moment for the group, the fans and the staff. However, if you weren’t one of the lucky ones to be able to make it to this concert, don’t worry! I’ve got your back! Here are six moments that stood out from the Stray Kids ‘Unveil’ Tour in Melbourne: 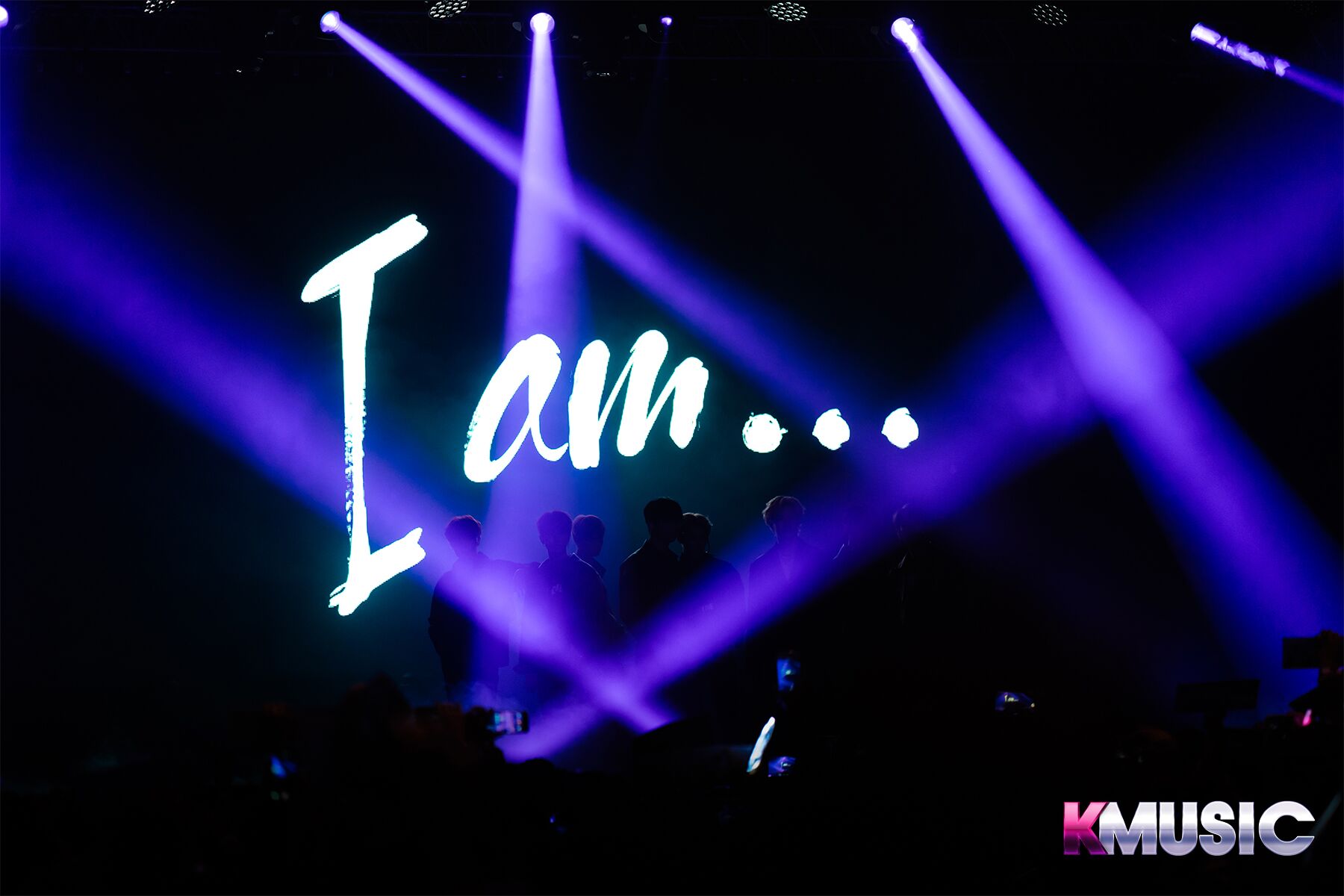 Since this was their first concert in Australia, the members worked really hard to put forward their best performance. Unfortunately, a few days before the concert Seungmin injured his back and couldn’t perform. He seemed quite upset due to this reason. However, STAYs kept cheering him on and the members tried to make him laugh and bring back his spirit during their performance. During one of the speeches, Seungmin confessed that he was actually very upset that he couldn’t perform, but he assured fans that he is even more motivated to work harder and come back the next time to put on an even better concert. STAYs hope he gets well soon! 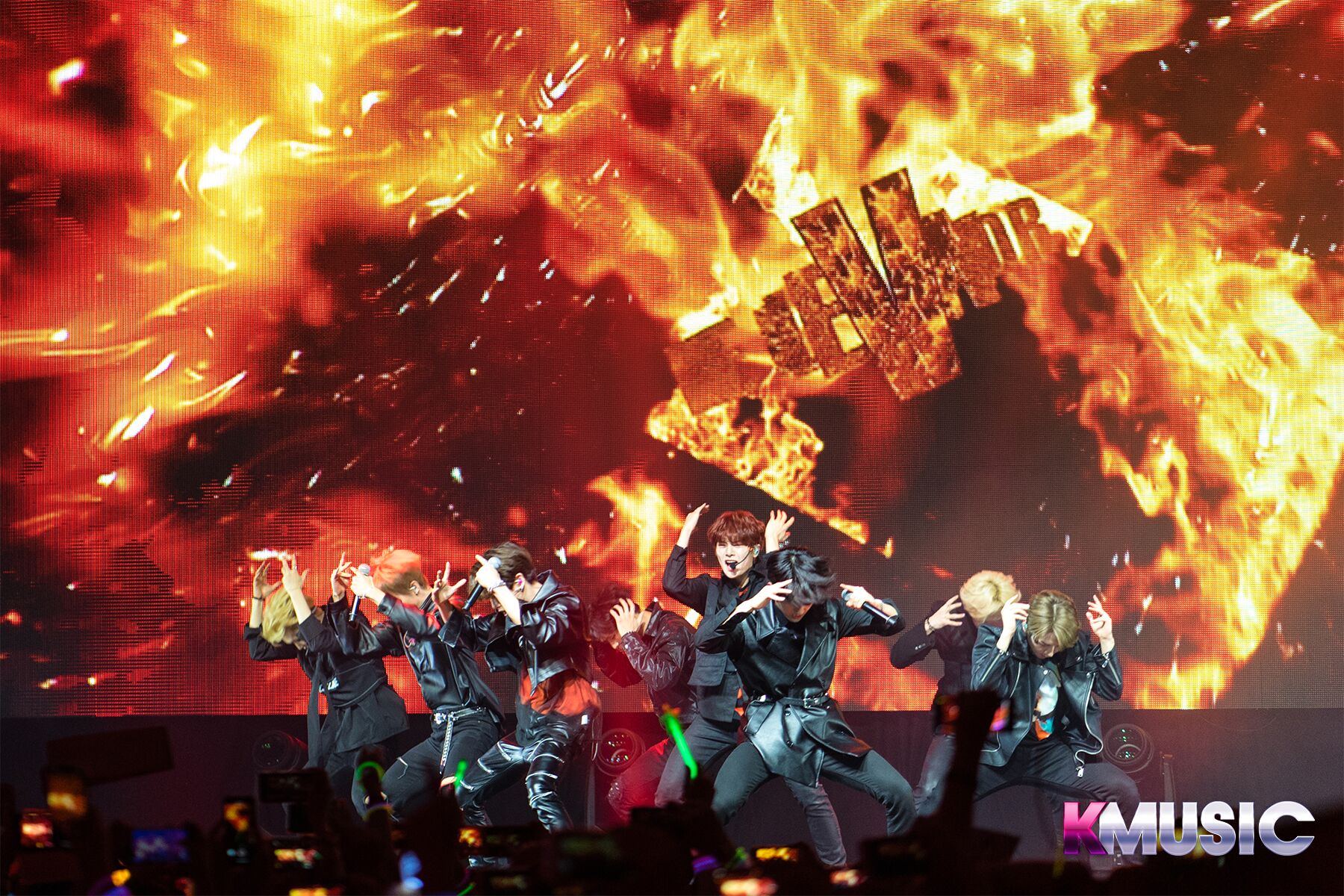 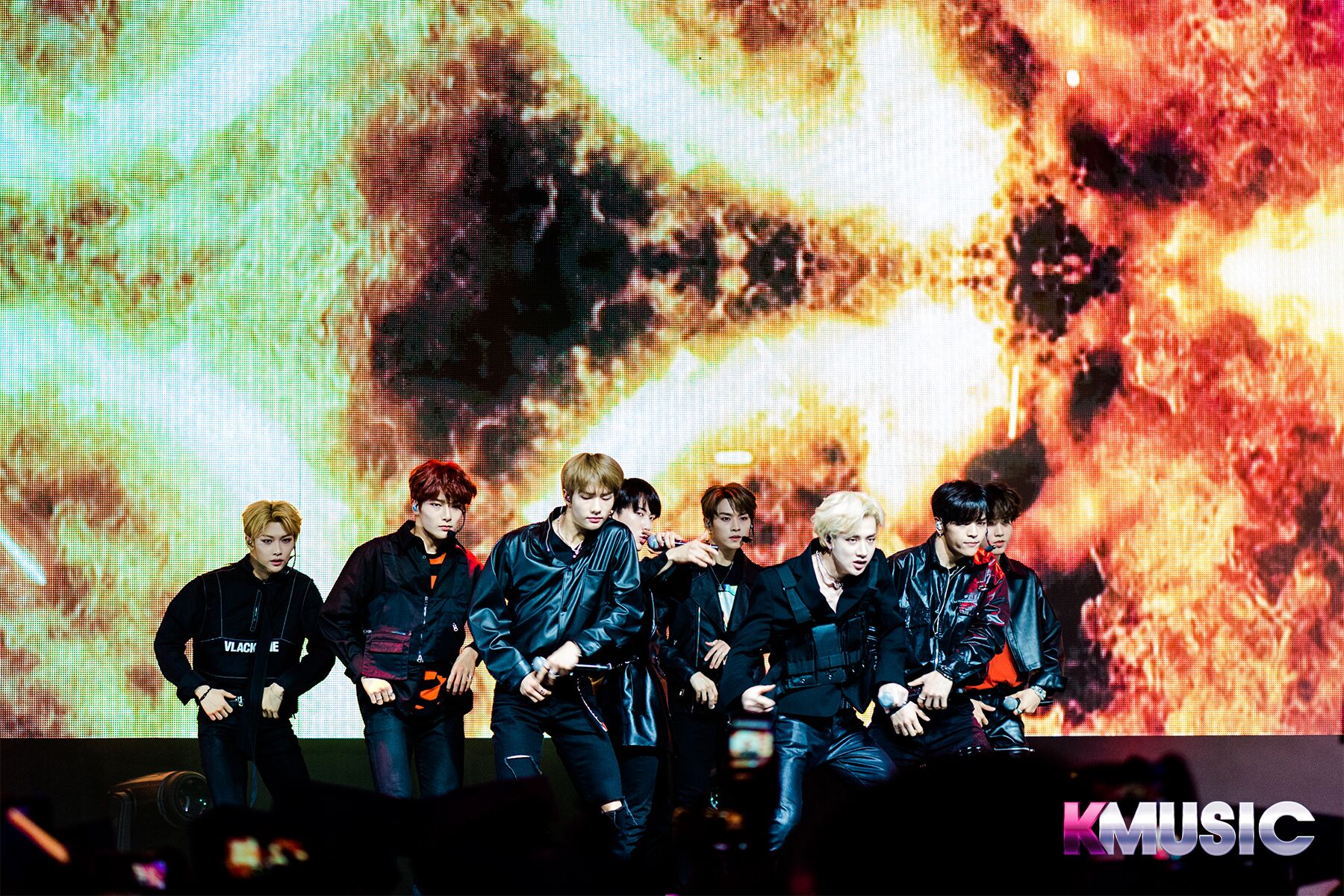 Felix and Bang Chan were always known as the Aussie line from Stray Kids and since most of their childhood was spent in Australia they are very attached to the country. This is also one of the reasons why the other members also felt really happy that they could perform in Australia. Hyunjin said that “It felt surreal that they were in Australia because they heard so much about the place from the Felix and Bang Chan“. He also expressed that he is very happy for them because after a very long time they got the opportunity to come back home as successful artists. 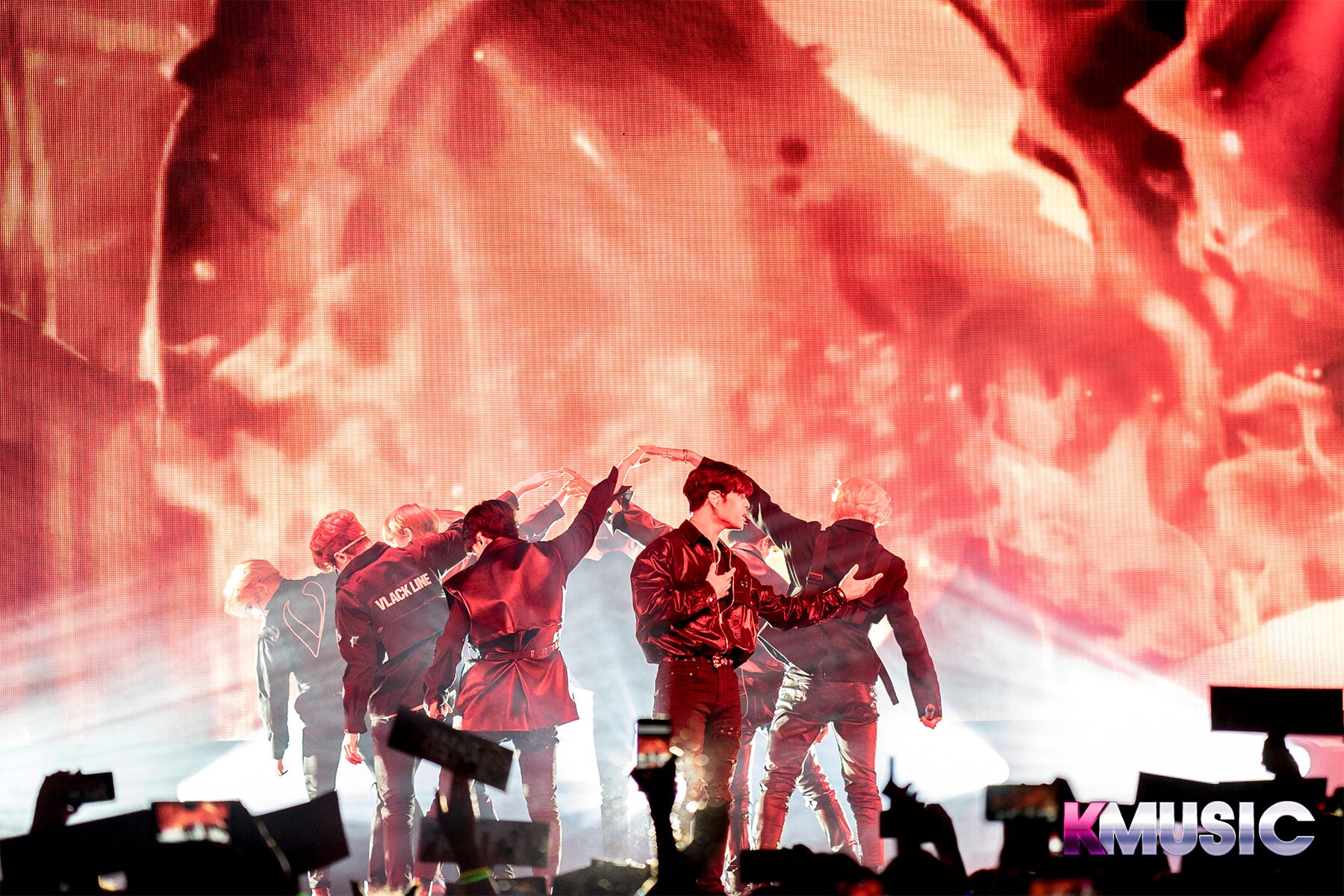 3. THE MEMBERS SHOWCASED THEIR AEGYO

I do agree that aegyo can be cringeworthy but that’s what makes them entertaining, don’t you agree? Especially when your favourite artists do it. During one of the interaction sessions with the fans, the members decided to showcase their aegyo, but they added their own twist to it. Bang Chan and Woojin decided to say “shrimp on the barbie” and Felix said “G’day mate”, both of them being popular Aussie phrases, in an aegyo voice. This made the crowd go wild as they were really enjoying watching the boys trying hard to pull off aegyo. 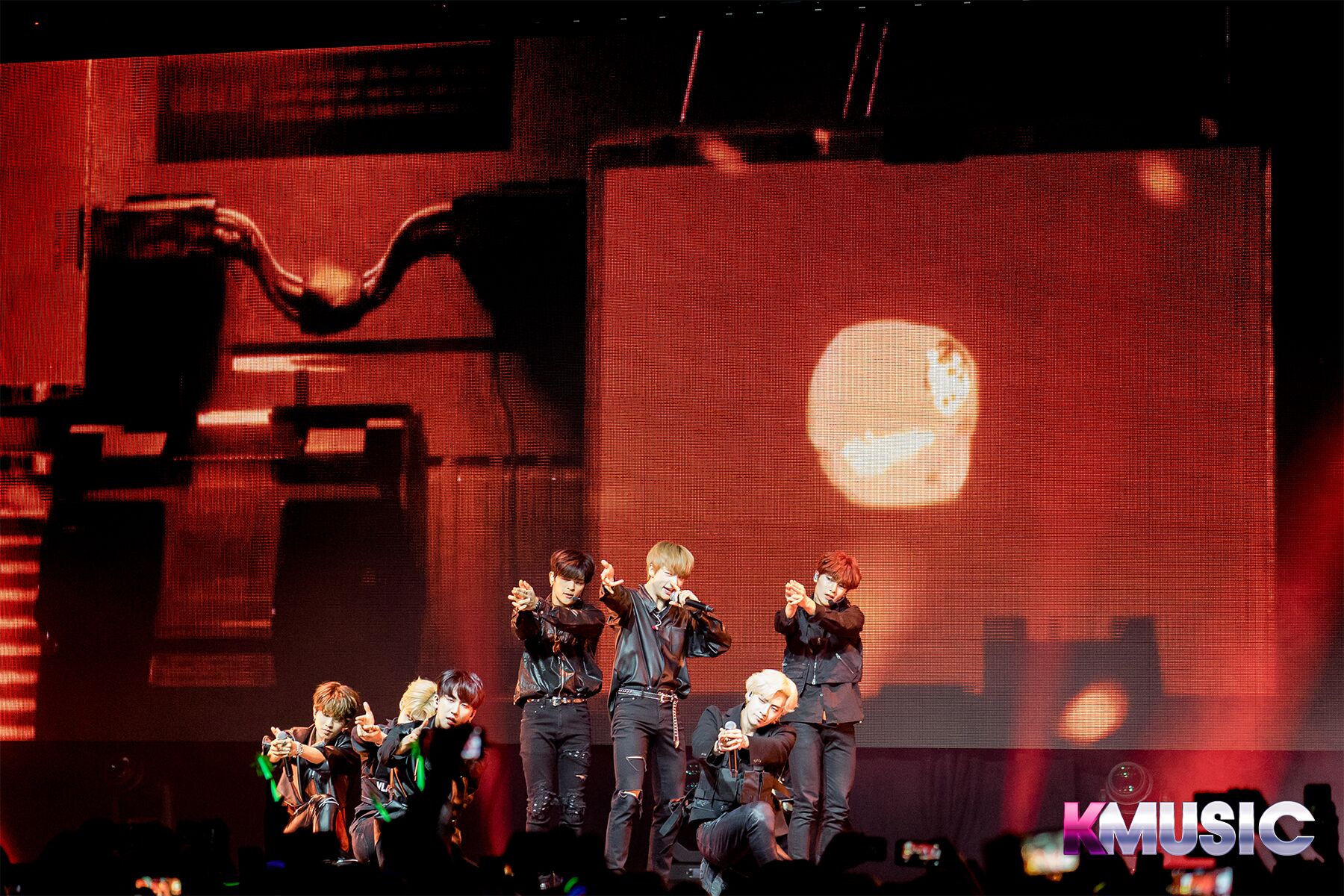 Most of the Stray Kids fans are young teenagers who are probably in the process of discovering themselves. Stray Kids are aware of this because they are also young boys who have a lot to learn, despite all their success. Bang Chan, the leader, decided to express his support to the fans by assuring that they aren’t alone in the process of growing up, and Stray Kids are also with them. He encouraged STAYs to keep believing in themselves and shut out all the negativity. This way, one day they will achieve what they aspire to become. This shows that the boys are socially aware, and want to use their position to spread a positive self image. 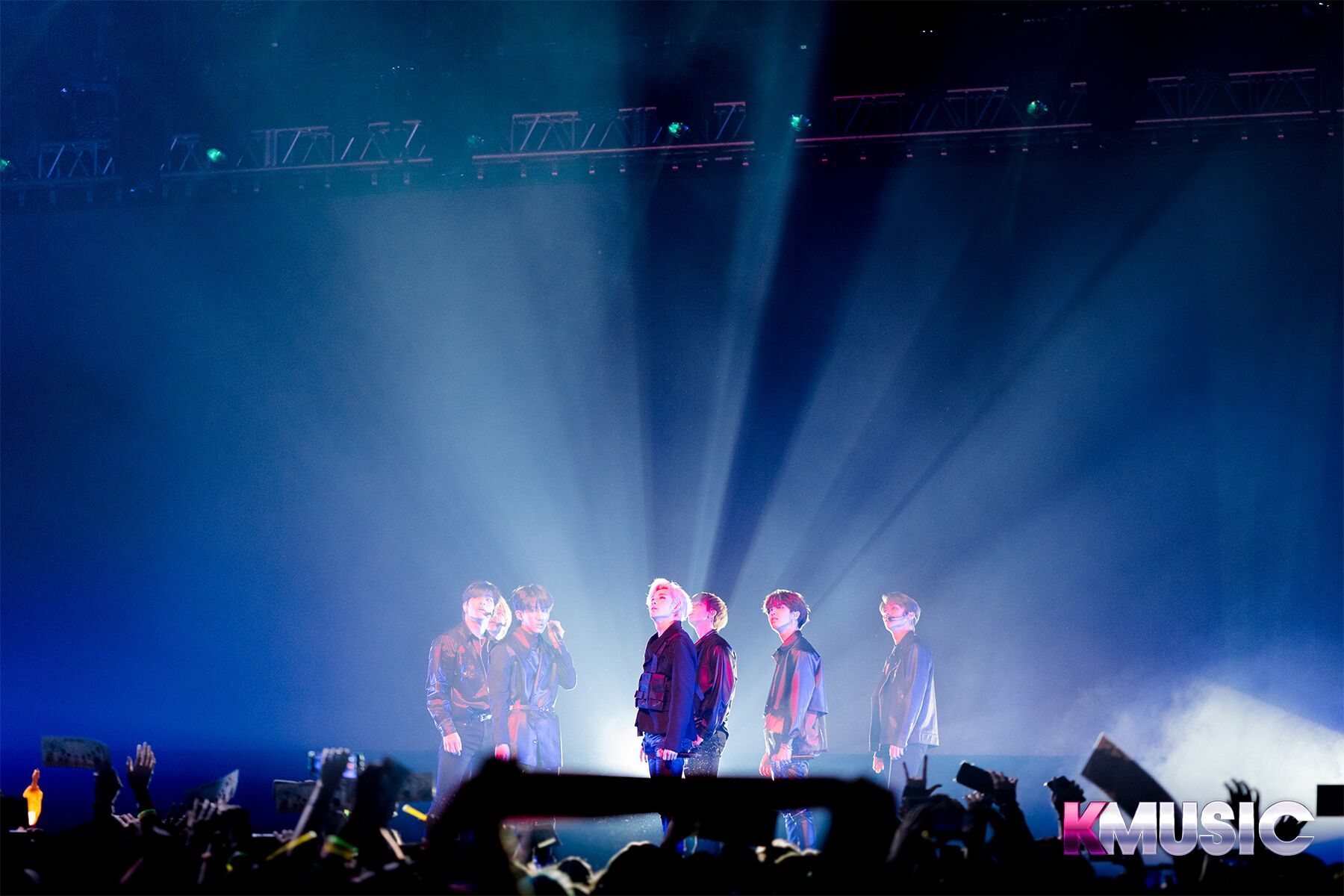 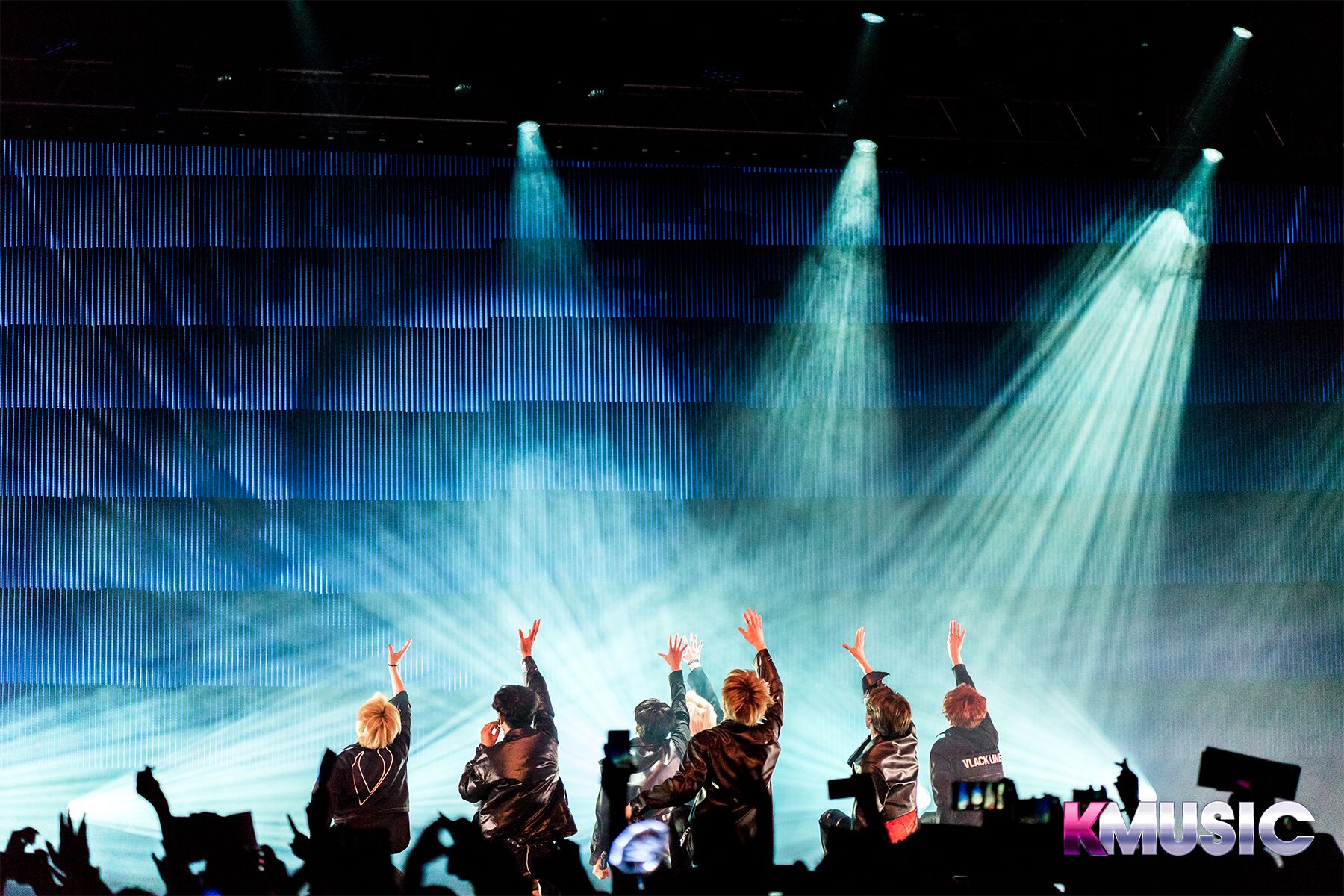 5. SPECIAL STAGE AS A TRIBUTE TO THEIR PRE DEBUT TRACKS

One of the main reasons for Stray Kids‘ popularity is their hit survival show ‘Stray Kids‘, where the members had to prove themselves worthy to debut together. The show was an emotional rollercoaster, but luckily because of the massive support, all the members could debut in the end. Nevertheless, the show made the group well known even before their debut and the boys wanted to perform the songs from the show, like ‘4419‘, ‘Glow‘, ‘School Life‘. It was a nostalgic experience for both the fans and the group so the energy in the concert was amplified during these tracks. 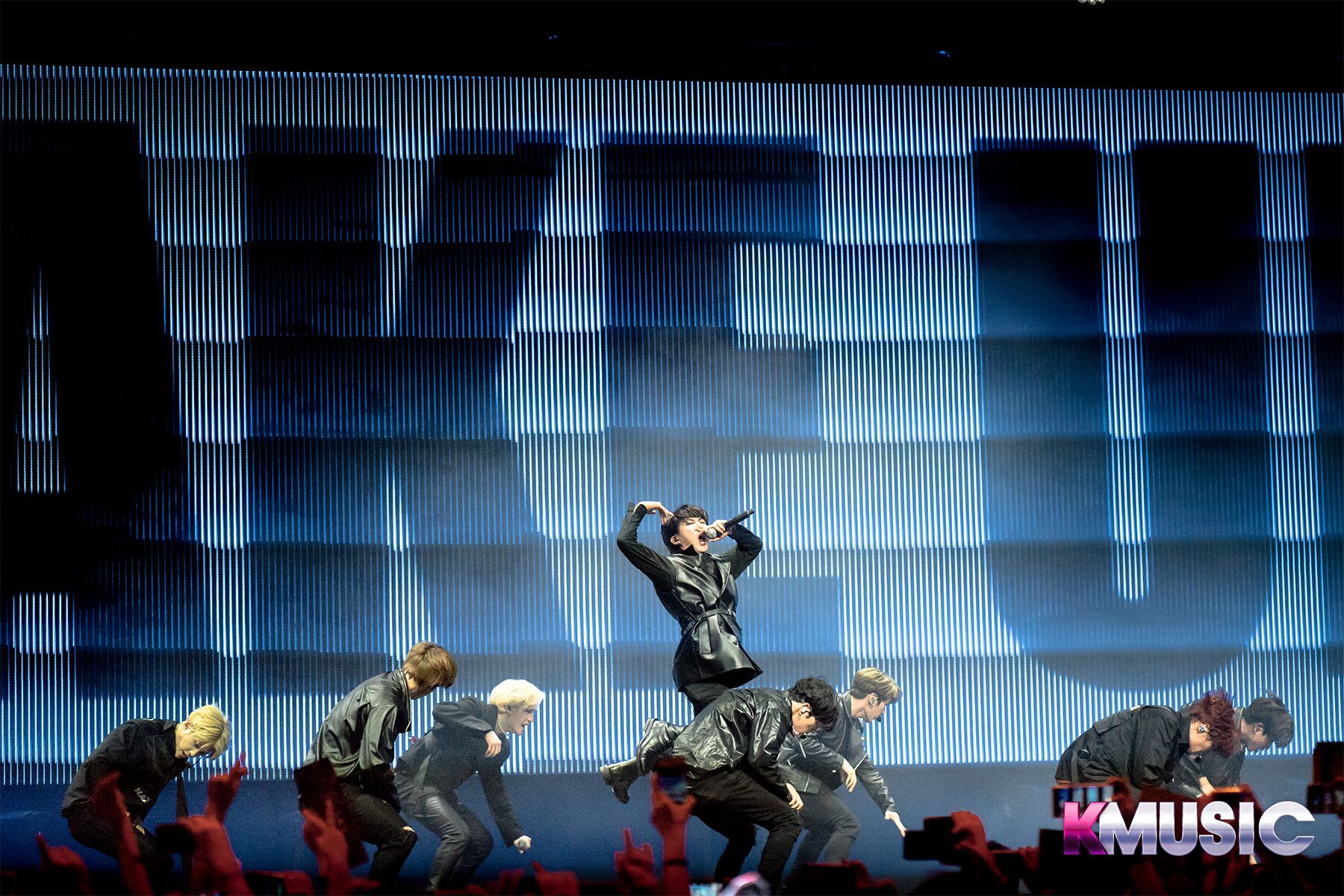 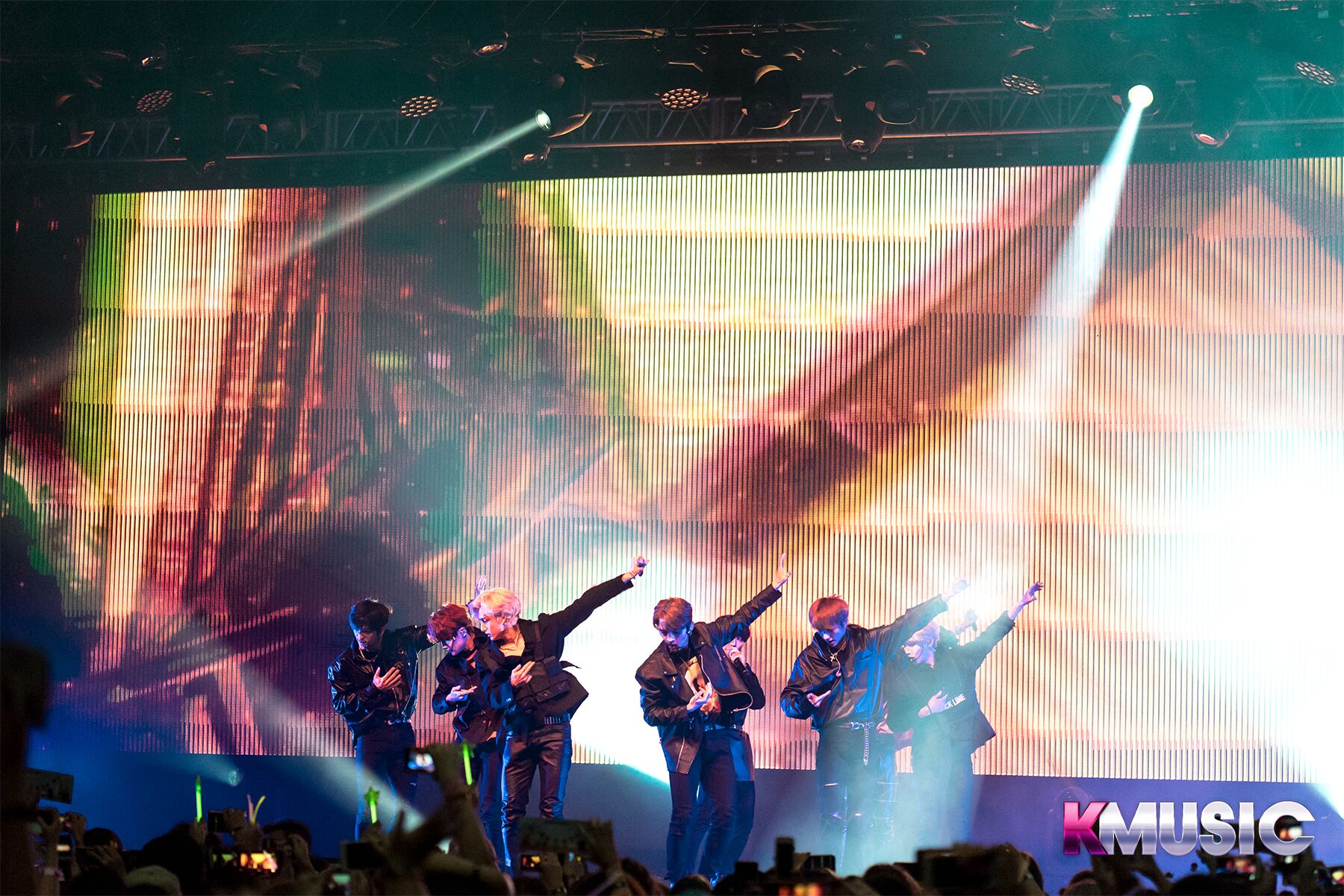 6. FELIX AND CHAN TEARED UP WHILE SHARING THEIR EXPERIENCE

As the concert was coming to an end, the members took some time to express how they felt about the experience. However, out of all the members, this concert was very dear to Felix and Bang Chan as Australia is their home country. Felix expressed that this was his first time coming back to Australia after their debut and preparation so he couldn’t sleep all night due to the anticipation. Most importantly, he teared up while expressing the hardship he went through in Korea, away from home. Now he is happy that he could come back as a successful artist and perform in Australia for thousands of fans.

Bang Chan left Australia in 2010 to join JYP Entertainment, so his struggle was longer, but now he is a great producer, leader, lead dancer, lead vocalist and rapper – an all rounder artist. This was possibly the most emotional moment in the entire concert, with fans assuring them that “they did well” and “[they] are proud of Stray Kids“. 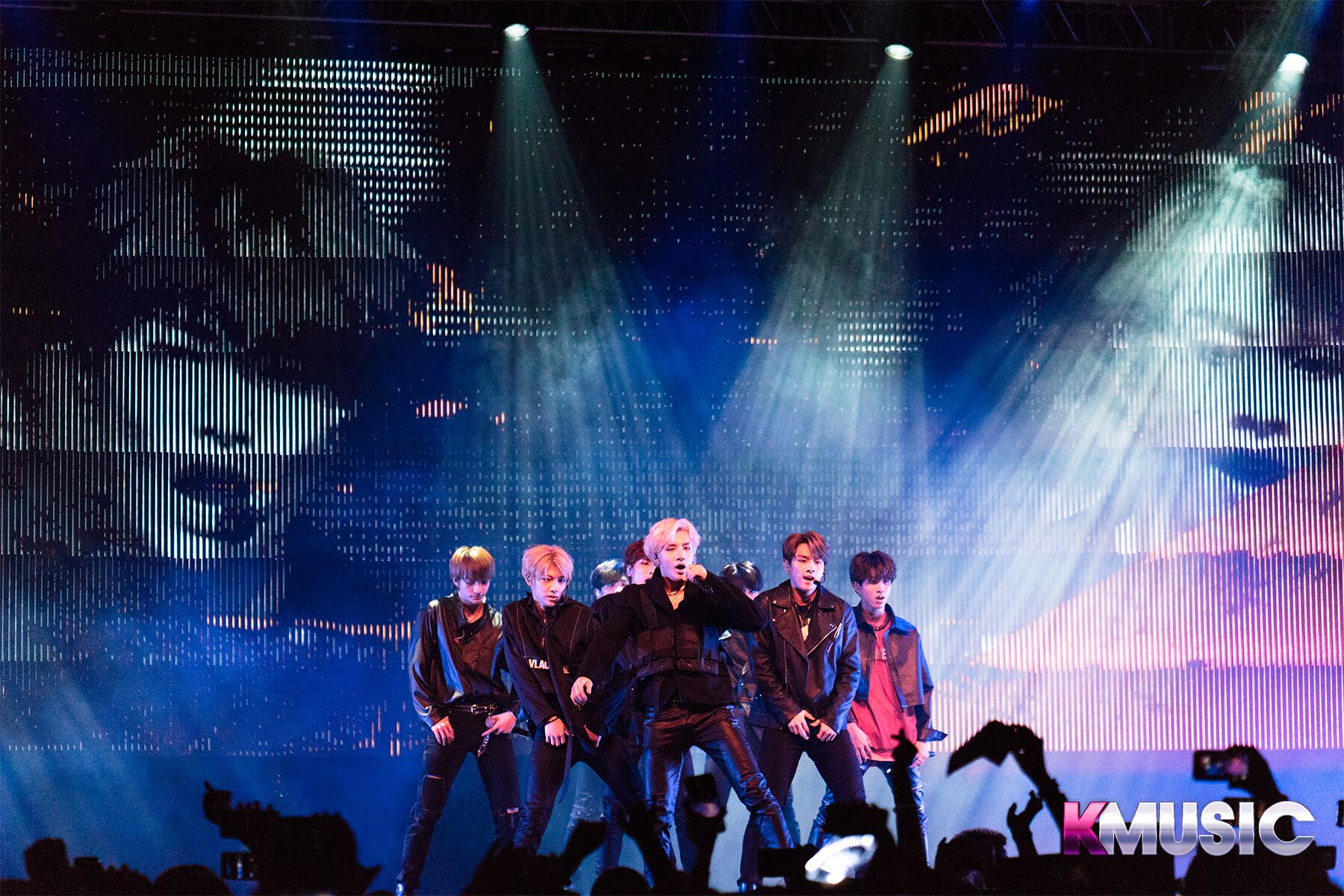 In the end, this concert was an emotional ride which made it one of the most memorable Stray Kids concerts for Australian fans. They were waiting for the group to perform in Australia for a very long time and the group proved that the concert was worth the wait. This was definitely a great beginning for Stray Kids ‘Unveil’ Tour in Australia and we will be looking forward to more amazing concerts from them in the future.

Thank you to My Music Taste and JYP Entertainment for giving Officially Kmusic the opportunity to cover this concert.

What did you think about Stray Kids’ ‘Unveil’ Tour in Melbourne? Let us know in the comments below.