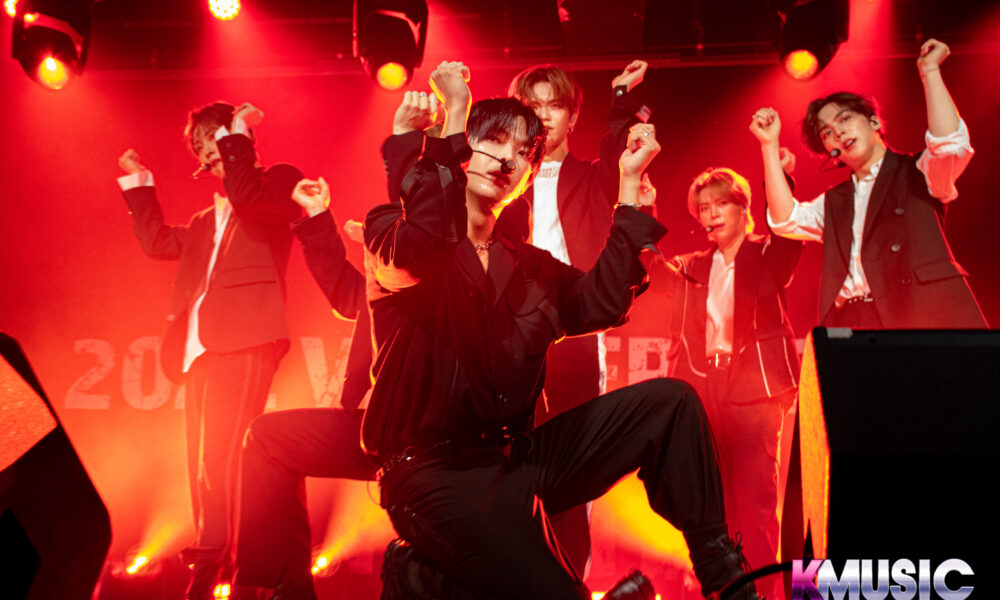 Halfway through their second U.S. tour, VERIVERY brought the heat from start to finish of their 2022 VERIVERY CONCERT PAGE : O in US & LATIN AMERICA stop in Chicago.

Opening with “Thunder,” the boy group lit the stage up with their powerful dancing. Keeping the momentum going, songs like “Tag Tag Tag,” “Heart Attack,” and “Trigger” energized the fans, known as VERRER, keeping the crowd going. The overall atmosphere of the show made it clear that, despite never having been to Chicago before, the bond between VERIVERY and VERRERs already closed that gap. Almost as if there were never any distance between the two, VERIVERY’s connection with their fans was strong and obvious.

While select members were changing their outfits, others took turns competing in a dance relay to test each member’s knowledge. Winning members were chosen by the audience’s cheers, and picked out raffle winners among the concert-goers to receive exclusive special gifts. VERIVERY also prepared unit stages, performing songs “G.B.T.B,” “Kangaroo,” and “Lay Back,” creating a different mood to match the pace of each song. The group showed off their vocal and rap unit’s talents with the stages, and displayed their diversity, switching from bright, cheerful songs to hard-hitting, sultrier songs without missing a beat.

Each performance was made even more special knowing the show was prepared with their first meeting with Chicago VERRERs in mind. As the night came to a close, the members each mesmerized their fans in the audience with their charming personalities, acapella serenades, and cute expressions. Even until the end, VERIVERY captivated both fans and staff, making it a night to remember.

Special thanks to MyMusicTaste and Jellyfish Entertainment for allowing Officially Kmusic to attend, and make sure to check out photos from the show, as well as our previous interview with the group!