On 20th September Violet tree has embarked on their 2019 European tour. We had the opportunity to not only interview the group prior their tour, but also be there when they performed in Czech. We are now bringing you three main reasons why this concert was a blast and why you shall not wait to see Violet Tree LIVE as well. 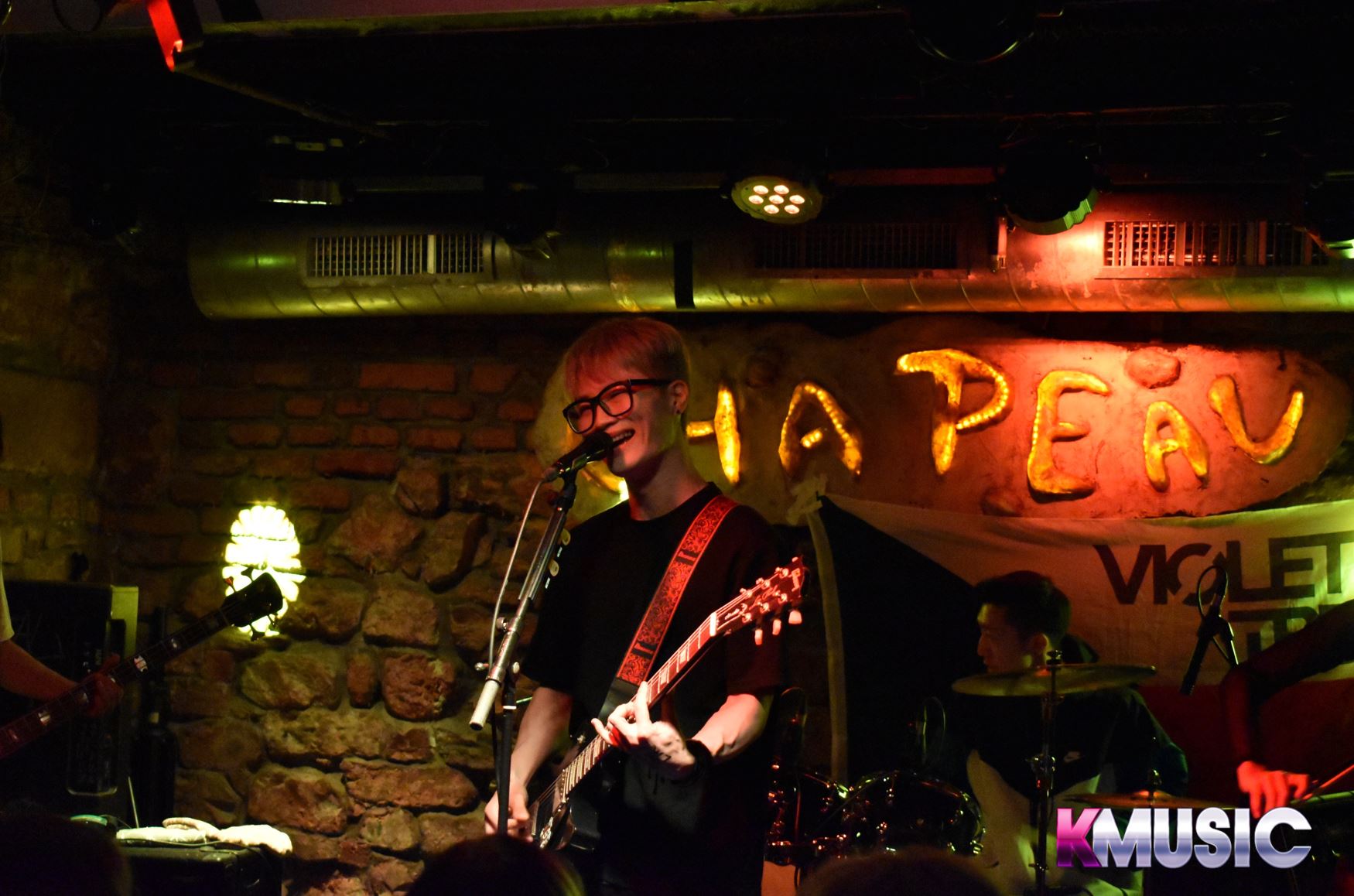 The blend of music

One goes to a concert for the music and in the case of Violet Tree it is the reason number one for sure. This band blends the sounds of violin, keyboard, drums and guitar into an incredible fusion touching k-pop as well as rock. If you ever wondered how it would feel to have a classical instrument´s notes accompanied by rock sounds of guitar and heavy drums we can honestly tell you the result is incredibly addicting! Violet Tree are making sure each instrument is receiving its own spotlight at the best moments in all of their songs as well. This enables one to fully recognize the charm of each musician and his or her instrument.

The concert in Prague was filled with the band´s songs such as ’LOVE (You were my sun)’ prior which Jiwon, the guitarist, taught the fans how to loudly spell the word “love”; ’After’ which appeared at the end as if to really say good bye to fans or ’At the end of spring’ bringing more focus to the violin. The band also included BTS´s ’Fake love’ cover which brought excitement to the Armys present. The cover was spectacular! To the fans surprise, Hyunjin also had a short solo stage as surprise – she performed the Czech national hymn. The fans immediately picked up and started singing along.

During one of the first ments Jiwon noted: “Praha was my dream city… I envy you live in Praha. Maybe, some day, I’ll come back as tourist. At that time please recommend some hot spots. Next time I’ll ask about that!” He also, later on, thanked the fans for giving them a photo-guide of the city. Apparently, it was not the only gift the fans gave to the group as the members took a Czech flag on stage, stating how impressive the flag is with their Violet Tree logo and many signatures on it. They proceed in reading a few of the names, gaining screams from the crowd when that fan´s name was read.

“I am a little hot, but I need more!” Hyunjin said during one ment and requested fans to teach her how to say “hot” in Czech. Repeating the word, the group then proceed asking the fans to enjoy their music more and the fans very happily followed. Violet Tree had a concert in Czech before, but they requested that this time, they need the fans to be more crazy. And everyone showed them how loudly they can cheer for the group.

During the whole night, the members communicated with the fans a lot. From teaching them how to cheer up and enjoy their songs, to reacting to their questions or remarks. It created a very opened and approachable atmosphere and we truly felt connected and welcome by the group. 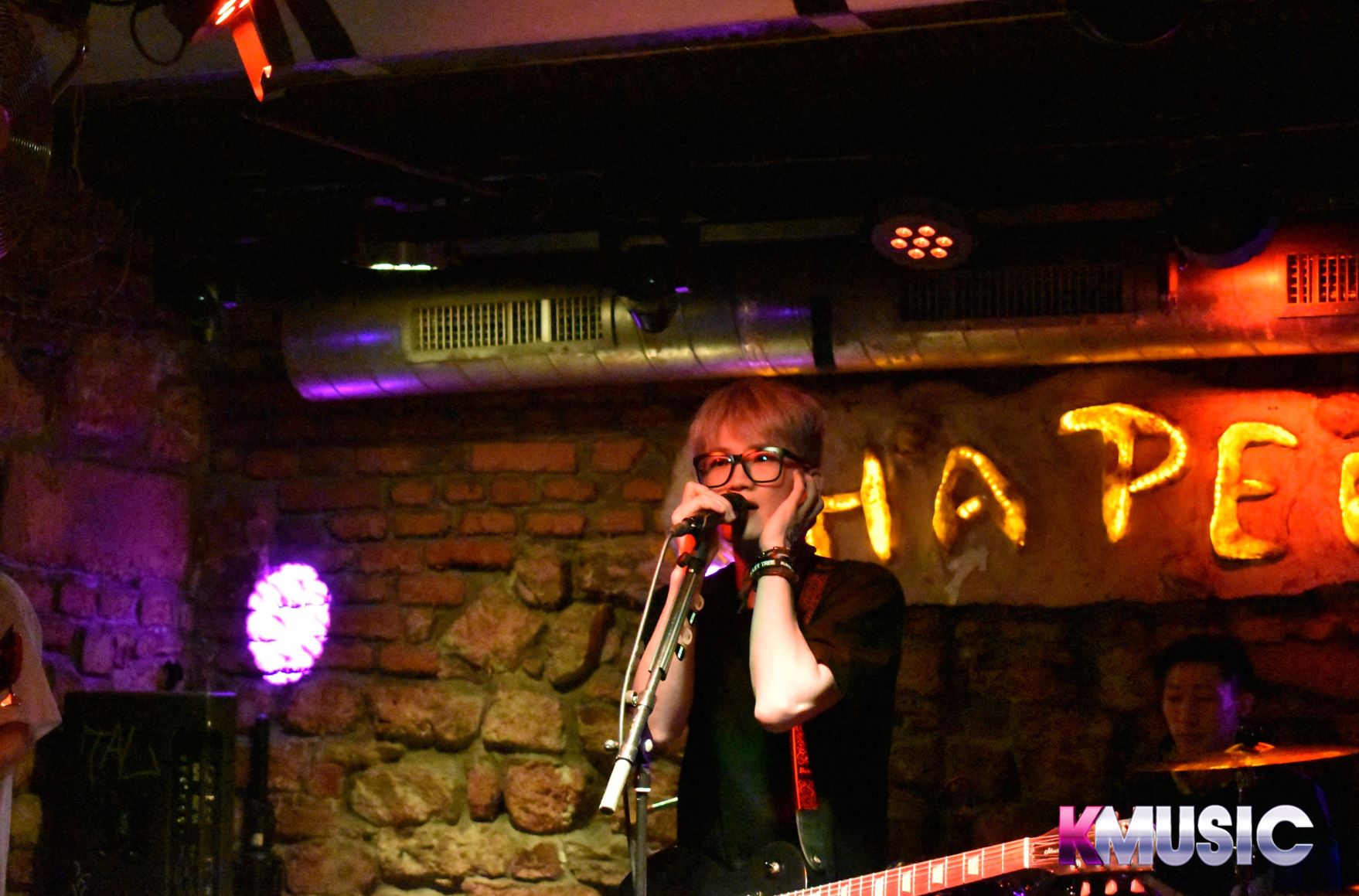 Violet Tree might not sold out a venue for thousands, but it does not mean their concerts are less enjoyable. The opposite is the truth! We had a chance to fully immerse in their music, communicate with the group and enjoy the evening with other fans. The atmosphere was very friendly and everyone jammed to the music with a big smile on their lips. The night in Prague was filled with undying energy. The concert was simply breath-taking, amazing and overall – very addicting!

Violet Tree are still touring Europe and the tickets are on sale via AAEvent, the promoter of this tour, so head over to their official Facebook to find out what city you can see Violet Tree in. We believe you will simply fall in love with this band. You can follow Violet Tree on their official SNS: Facebook and YouTube.

Thank you AAEvent for allowing us to experience the addiction of Violet Tree for and allowing the fans all over Europe to meet this incredible band!

Scroll for more
Tap
[K-EXCLUSIVE INTERVIEW] Violet Tree sharing their secrets prior their EU tour
K-Exclusive: DAY6 and My Days Share the Time of Their Lives
Scroll
Loading Comments...