K-EXCLUSIVE: VIXX turns up the heat at their Melbourne ‘SHANGRI-LA’ concert!

K-EXCLUSIVE: VIXX turns up the heat at their Melbourne ‘SHANGRI-LA’ concert!

VIXX brings the house down with their ‘SHANGRI-LA’ concert in Melbourne!

VIXX has fans turned up for their latest ‘SHANGRI-LA‘ concert in Melbourne! The whole place was buzzing with excitement and Starlights were super energetic for their performances. This will be their first time in Melbourne and fans surely have made the boys feel welcome with all the chants and cheers! 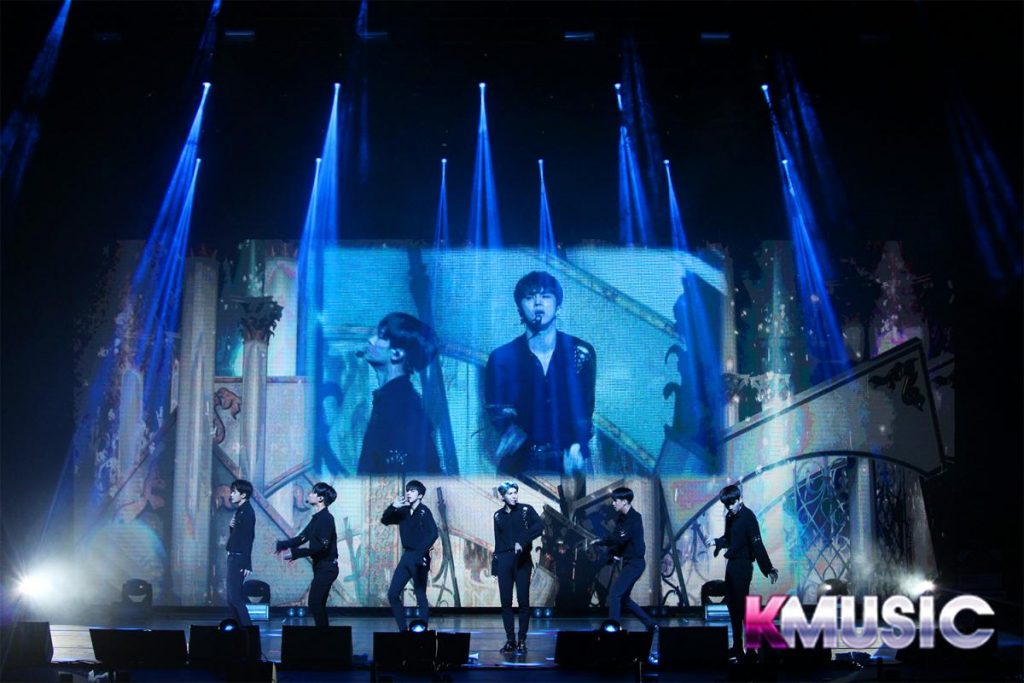 VIXX begins the concert with so much power and energy, leaving Starlights swooning at every moment. They began the show with ‘Fantasy‘, looking very beautiful in their tight black outfits. Right after that, they continued on with their sexy vibe. They performed the track ‘Desperate‘ and showed just how ‘Desperate‘ they are for this performance! They definitely can move and fans are surely melting at the sight in front of them!

With the two performances done, VIXX comes forward to introduce and greet the fans. Each of them talks about their first time in Melbourne and how delightful it has all been. Each of them has shown their individual charms with cute aegyo here and there! 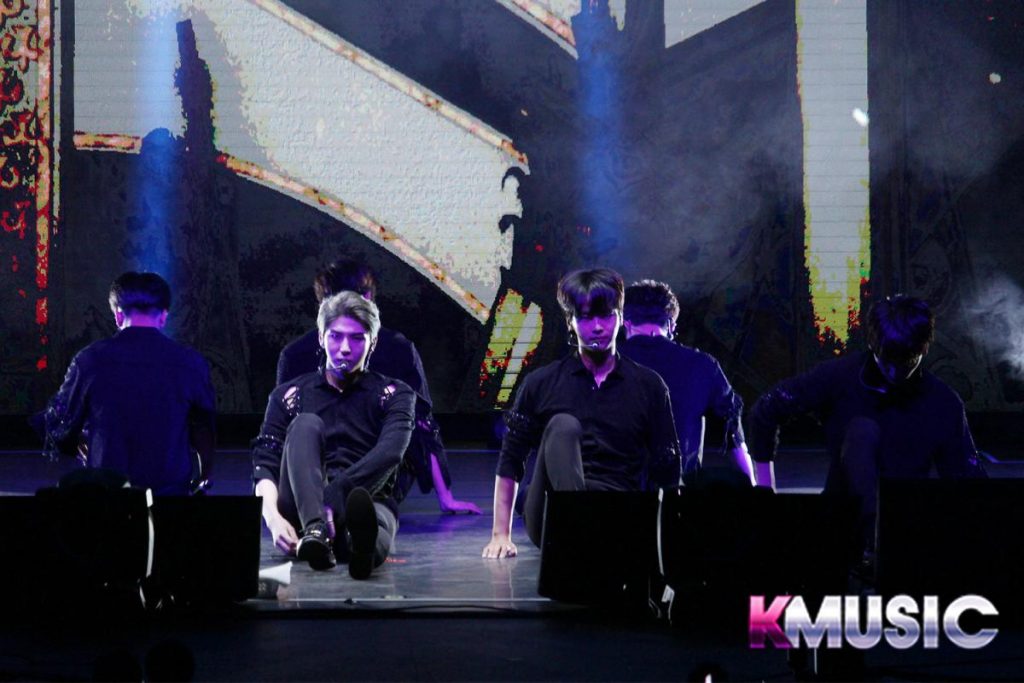 VIXX continues the night with ‘The Closer‘ where fans begin to feel much closer to VIXX. Once again, VIXX has left Starlights speechless with their live performance and sharp dance movements. The fan chants for each track is loud and clear, making all Starlights very proud of this moment! ‘Love Me Do‘ is the next track that they have performed and once again fans are shouting louder than ever! Finally, the boys get ‘Chained Up‘ showing their sleek dance choreography. 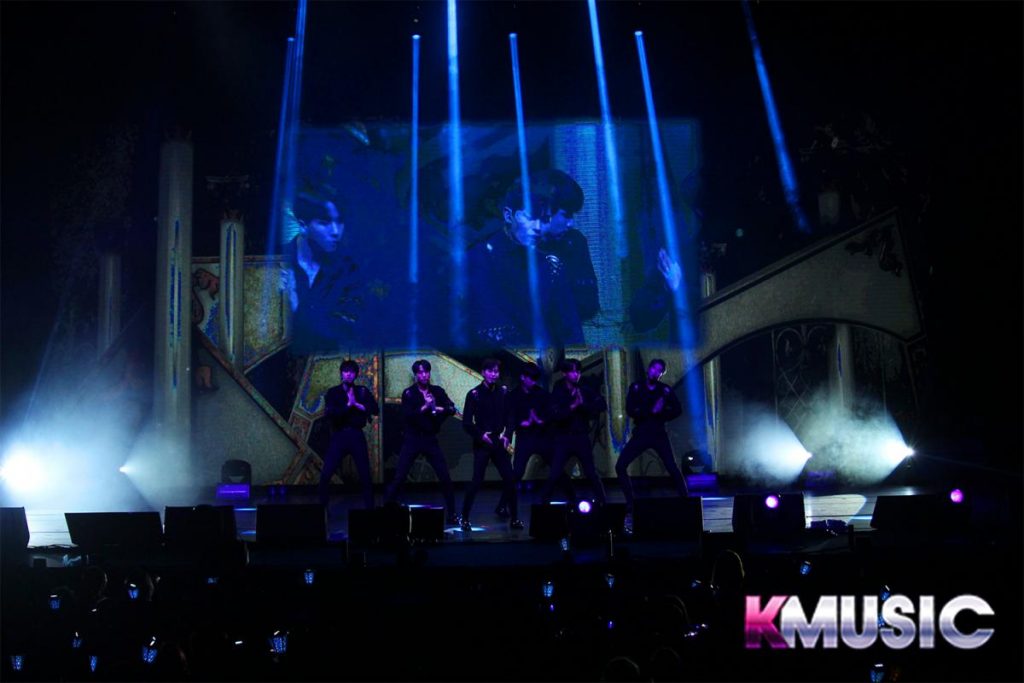 The boys take a break with to have a chat with Starlights! This is the time where they sat back and reflect back on their year. It started off with a VIXX LR talk where beautiful images of their first concert are shown on the screen. Leo and Ravi each sing their own verse; a vocal verse and a rap verse, leaving fans wishing for more!

Next is Ravi where it appears that he has been studying a lot of beauty techniques. He announced that he is the host of ‘Style Follow‘. He also mentioned that he had a haircut! He also had rapped the track, ‘Boiling Point‘ which is a track he had released on SoundCloud a few weeks ago! Meanwhile, Leo talks about his latest musical, ‘The Last Kiss‘. He had shown off a selfie he had taken with his fellow musical before he sang a part of his verse in the musical. Leo at that time looks pretty dreamy to all Starlights. 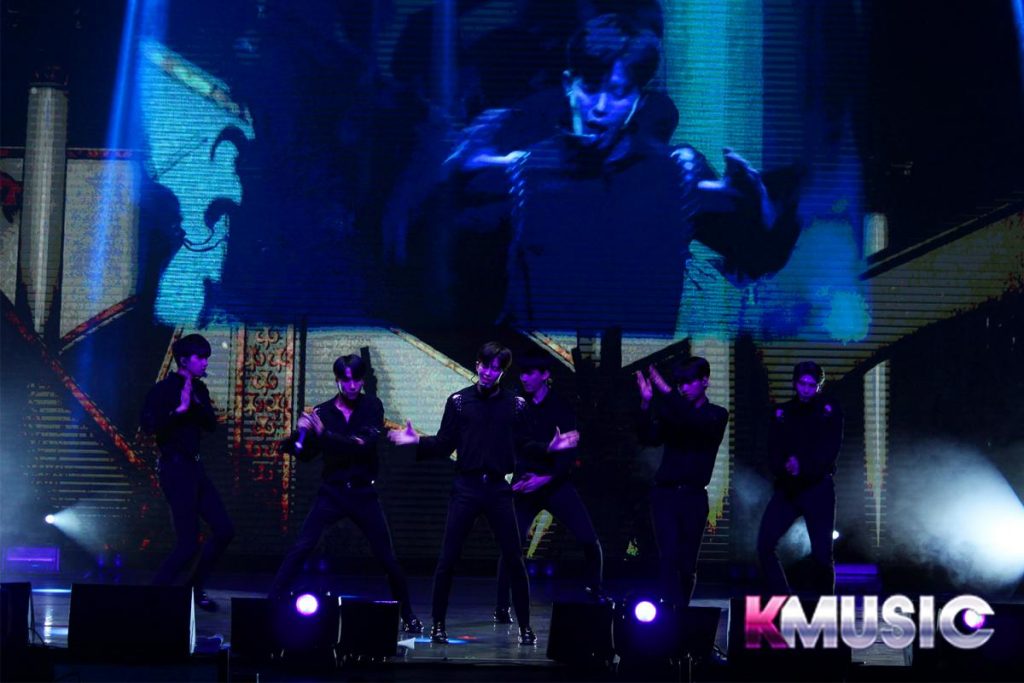 Ken also mentioned his starring in ‘Titanic‘ musical and showed a lot of Aegyo while talking about it. Once again, Starlights are left dazed as Ken sang a short snippet of this musical. Following up is leader N who was also part of a musical called ‘Interview‘. He sang a part of his verse which makes fans wanting to see every musical that VIXX is in!

Next, we have Hongbin, who talks about the drama he is in. He showed off his cuteness through the apron he wore in the image shown on the screen. It is the kind of smile that will melt your heart! Finally, to end the talk, Hyuk revealed some images of him on his filming set for ‘Goodbye My Father‘. One image surely shocked the fans due to its visual and how real it looked! It was the bruises that had covered his face! This caused fans to gasp but thankfully it was only for the drama! 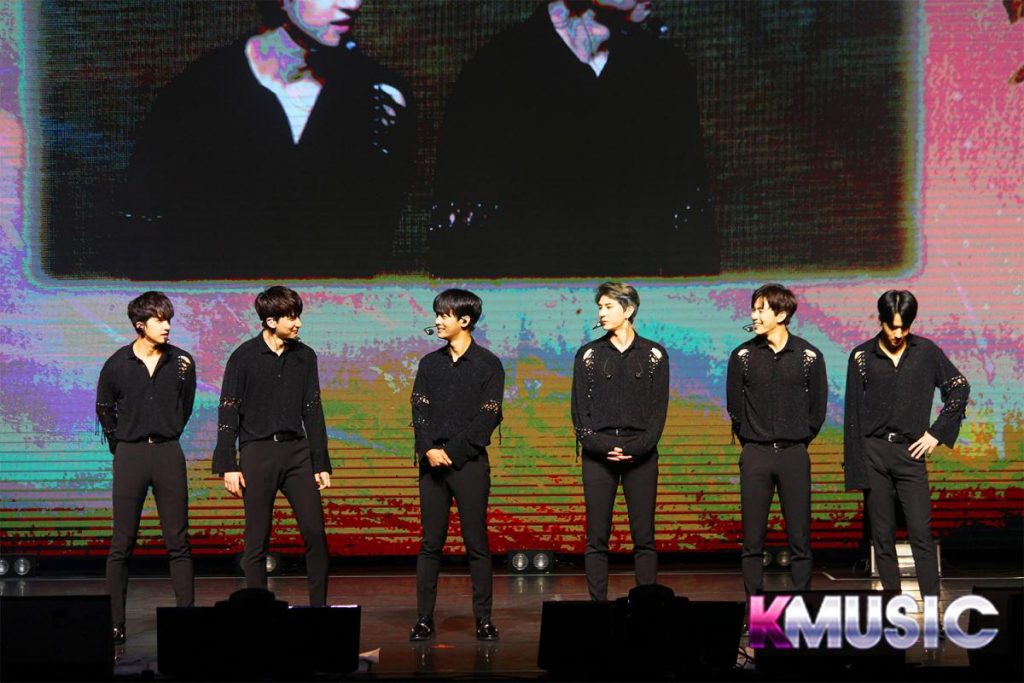 After having an amazing chat with Starlights about the year, VIXX has slowed down and showed their more emotional side. They sang the track, ‘Romance Is Over‘ where they serenade their fans with their beautiful vocals. They continued the ballad mood with ‘Us Now‘. It is the kind of track that has allowed fans to admire their beauty. On top of that, they have shown their many talents and that they can do any genres thrown at them!

VIXX then disappears from the stage, revealing a very intense individual video of every member. Each member is accompanied by a VIXX track and they show just how intense and glaring they can be. However, fans can not help but be in a daze when they stare at their handsome boys! 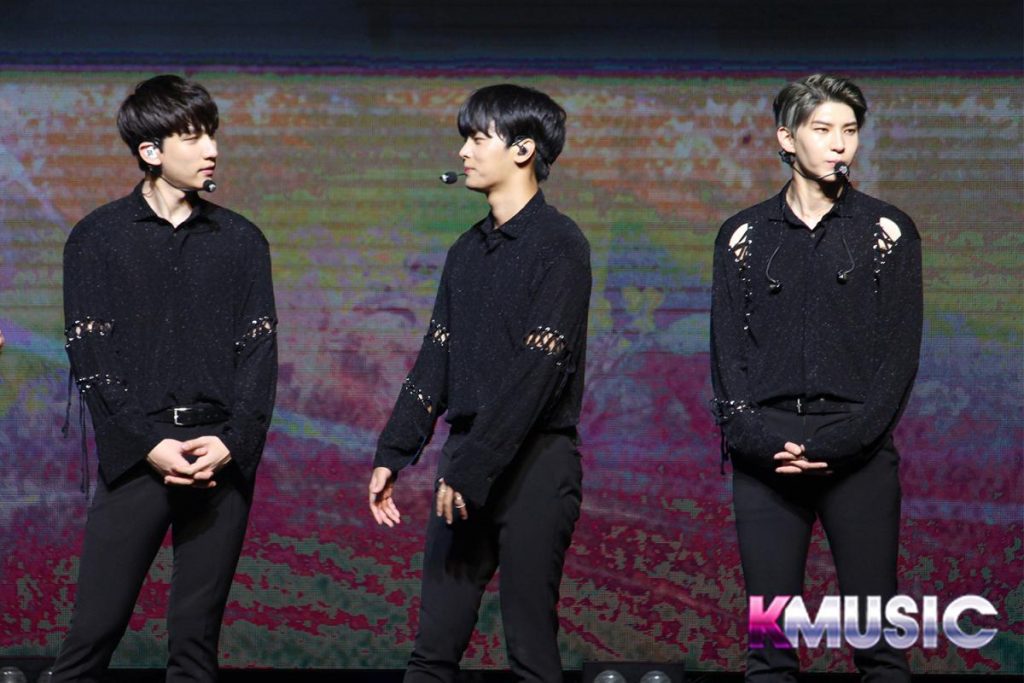 The boys return back on stage with a beautiful red outfit and black pants. They look incredibly handsome in this outfit. Now, they turn up the heat with ‘Shangri-La‘ where fans hold up their fan cards up! Fans can’t help but cheer as VIXX effortlessly uses the fans in their dance choreography. After this amazing performance, the boys show their strong point with ‘Black Out‘. It is the kind of track that surely gets Starlights pumping with excitement and enthusiasm! 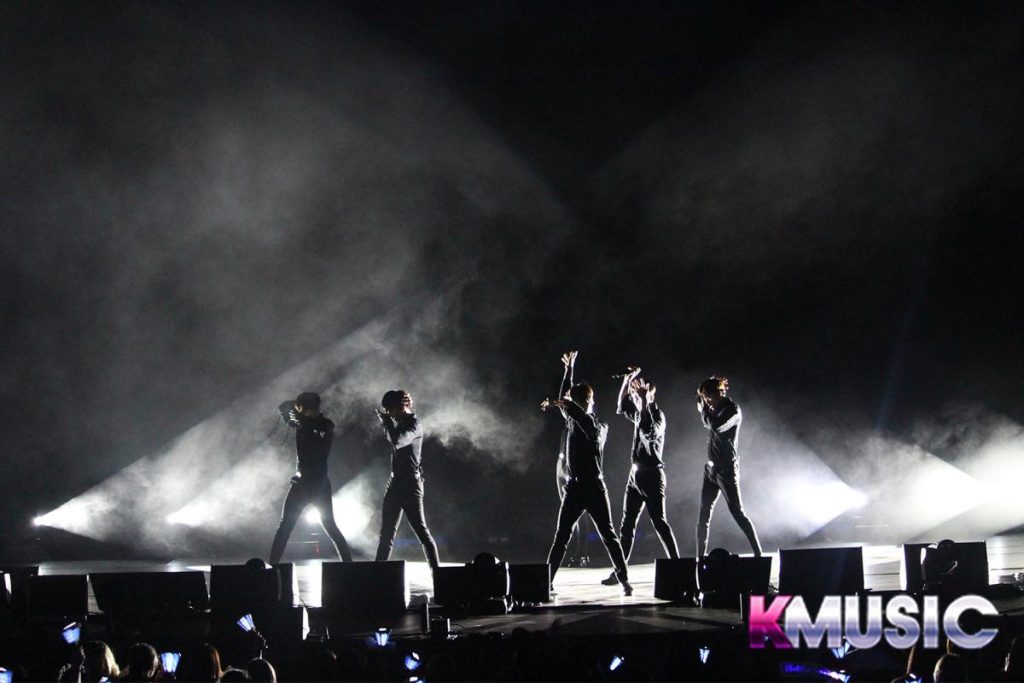 Finally, there is a Q&A part where fans had written many beautiful questions for VIXX. It is the kind of questions that are rare to see but the kind that Starlights will treasure forever. Ravi was the first the answer his question! It was actually a request to see Ravi dance! Even without music and only the sound of Ken beatboxing, Ravi awes fans with his freestyle dancing. He definitely showed that he can move with and without music. It definitely was a must-see performance! 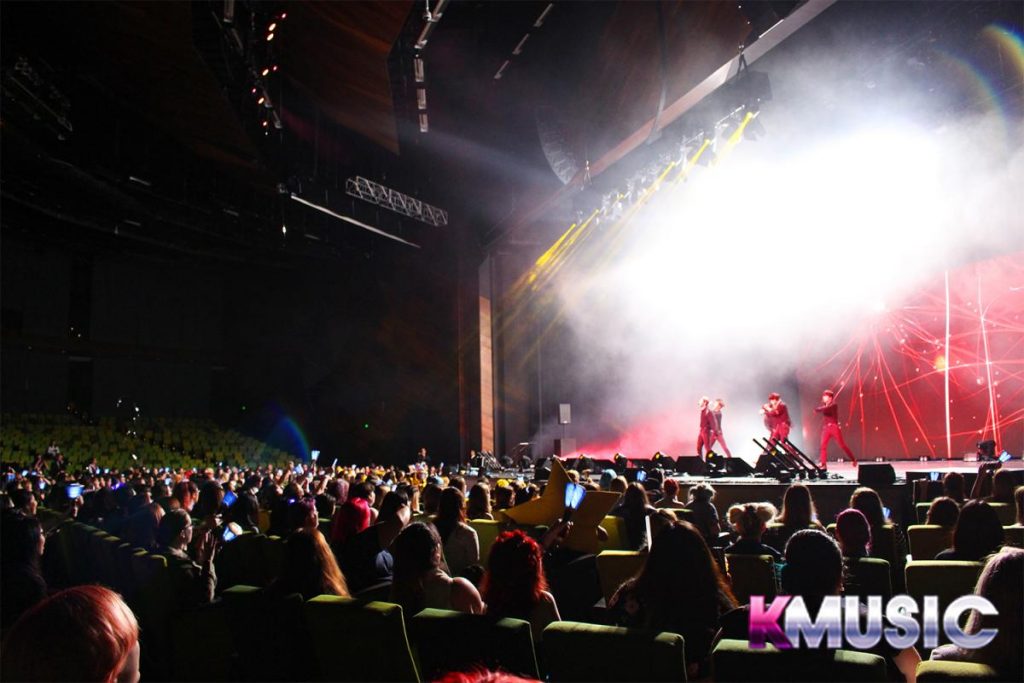 Ken received a request to dance to Red Velvet‘s Red Flavour. Let’s just say he had not only nailed the dancing, he had also shown that he is capable of making the dance his own. Ken had also answered N‘s question where Ken does an exaggerated but perfect musical rendition of a VIXX song! The question that Hongbin chose was about who had a terrible sleeping habit! This is where Ravi talks about Hyuk sleeping on top of him! However, N retorted that Hyuk has never done that since they are now sharing a room together! Ravi also mentioned that he doesn’t have any bad sleeping habit since he never seen them before! This definitely has Starlights cracking up! 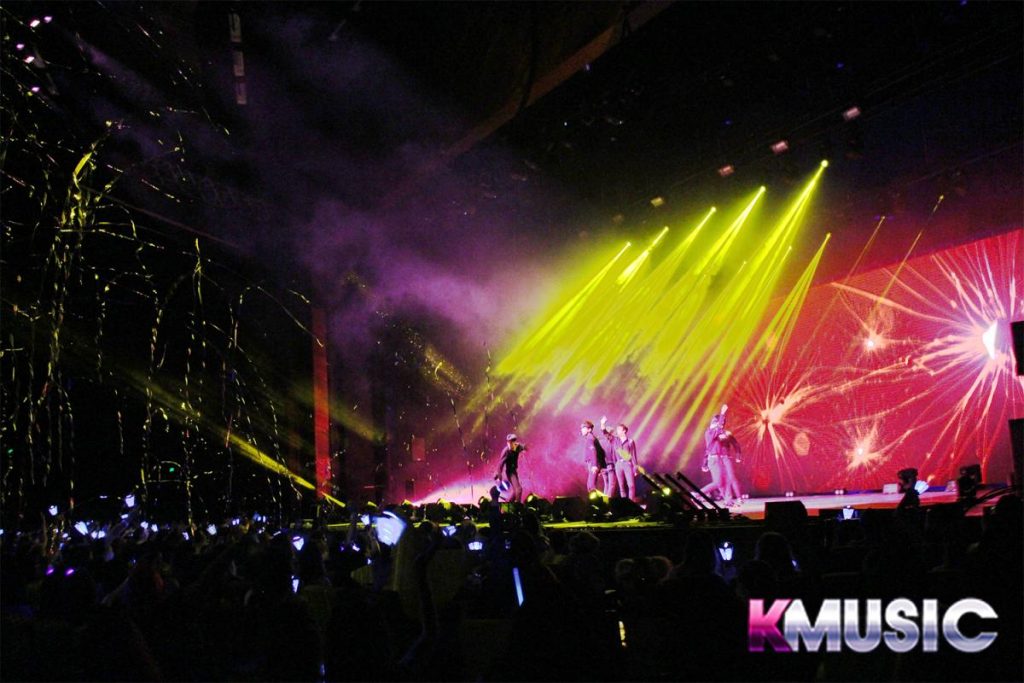 Hyuk had chosen a question that asks “If you have a year to do anything, what would you do?“. Hyuk had mentioned that he would love to travel. In particular, he would love to go venture to the Himalayas. He asked fans whether they would go too. To this, fans are up and waving their arms like crazy. N had said that there will definitely be a party up in the mountains. Hyuk then asked whether or not his members would join him there too and Leo said “I don’t like mountains“, ending all conversations! 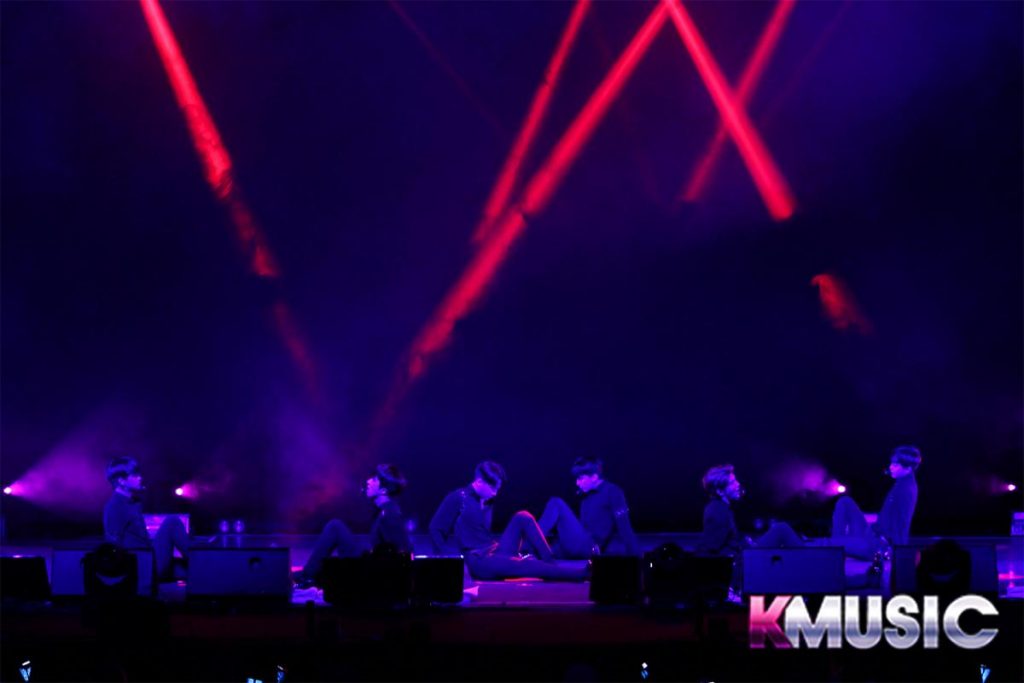 Leo, being the person he is, he picked two questions that are equally as hard as one another. The first question was for the members, where if they had to listen to only one song forever, what would it be? As the leader, N replied with A VIXX Song. Hyuk had chosen Ed Sheeran’s ‘Photograph‘ while singing a beautiful short cover featuring Ken‘s harmonization and Hyuk annoying Hongbin in the process. Hongbin revealed that he will record his voice and listen to it. The reason being he didn’t want to hate anyone but himself overtime! What a sweet reasoning, right? Ravi‘s answer was either he will listen to nothing or choose a instrumental melody from a film! Leo’s last question involved Hongbin shouting Melbourne VIXX in a loud high pitch tone, to which had Starlights doing the same. 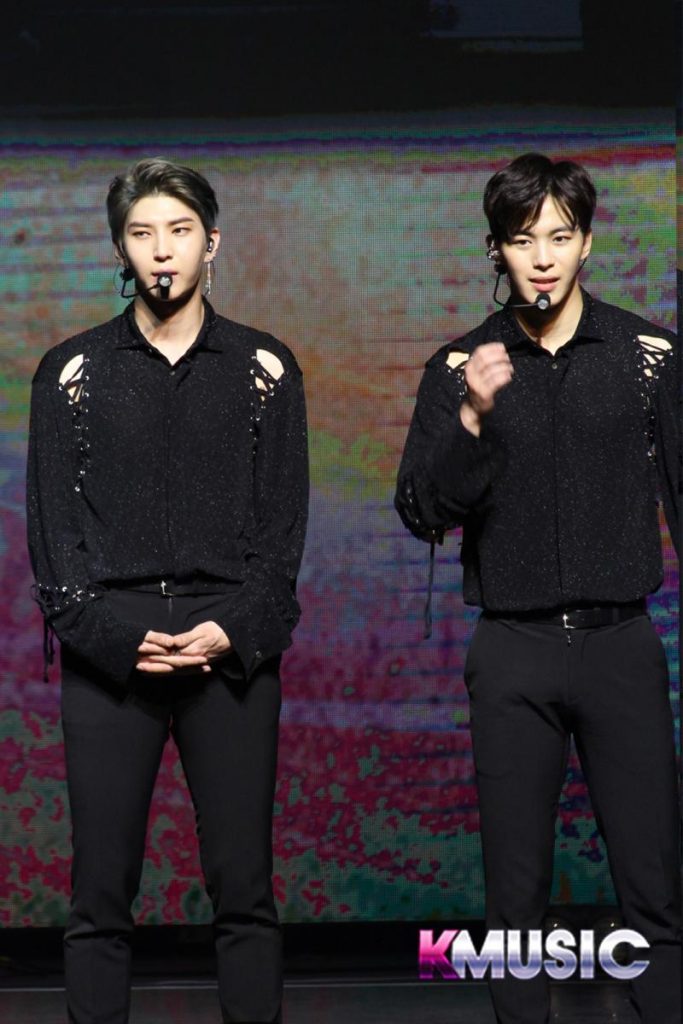 WIth that Starlights learned a little more about VIXX. The boys take their seat as they sing ‘Good Night And Good Morning‘. Starlights are definitely left mesmerized by the beauty in front of them and just how gorgeous the whole setting is. They then ended the sad vibe with ‘Hot Enough’. This is where the boys bolt out with energy, getting fans shouting to the point of losing their voice!

It is at this point that Starlights are created with the reality of having to almost say goodbye and a farewell to VIXX. They had performed ‘Light Up The Darkness‘, followed by ‘On And On‘. Finally, the performance for ‘Error‘ was the loudest Starlights have been. It may have been an old track from VIXX but it surely is a classic. Hence, fan chants and cheers had Starlights in sync with one another, while they embrace the final end. 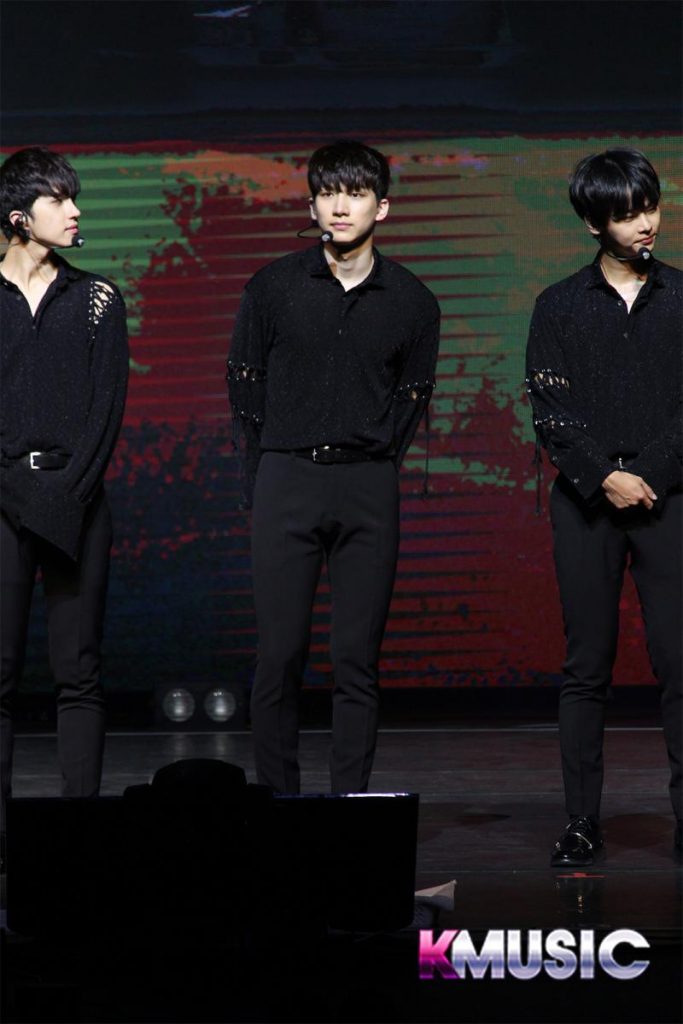 Fans surely were left chanting Saranghae and V-I-X-X when VIXX had disappeared off stage. Fans chants got so loud that VIXX had made their sweet return with ‘Love Equation‘ and finally end the show with ‘Heaven‘. It is at this point that Starlights came together to enjoy the final moments of this Melbourne show. VIXX shows their cutesy side while waving towards their fan. These tracks were the perfect end to a perfect show in Melbourne, as well as Australia. 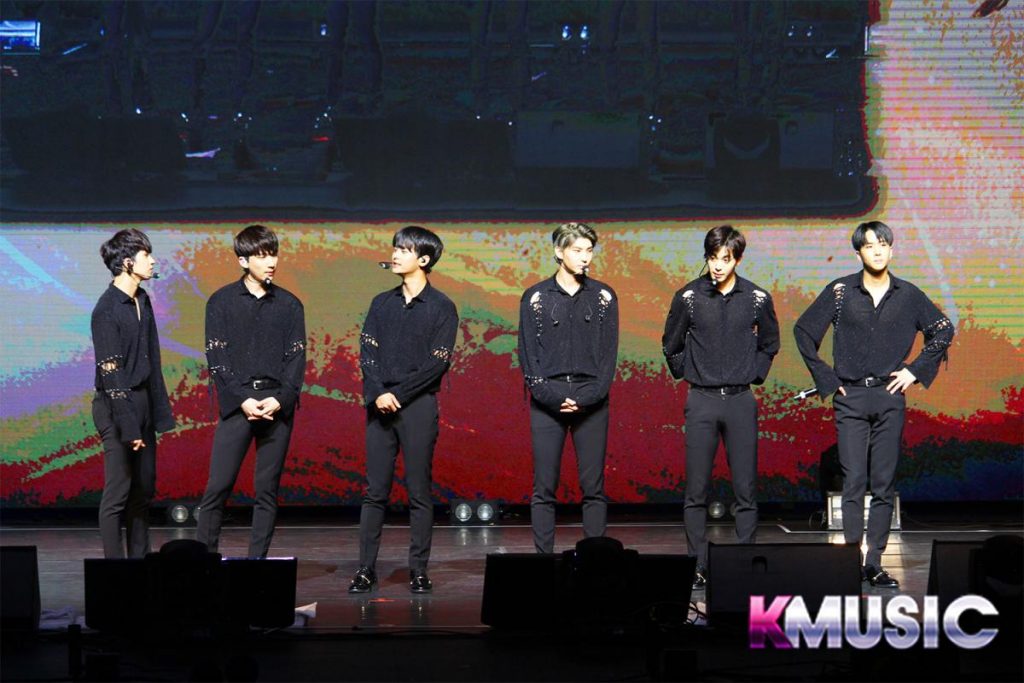 We, Officially Kmusic, hope VIXX had an incredible time in Australia and we hope they will return soon. We would also like to extend our gratitude to IME, Three Angles Production and VIXX for bringing such an amazing event to Melbourne and thank you for allowing us to attend this great event.

Also, be sure to check out the other photos taken here!

Meanwhile, be sure to stay tuned to Officially Kmusic for more exclusive events!