With the breathtaking and hypnotizing notes of the piano, Yiruma takes us on a musical journey down memory lane, not just of our own, but his memories too. The eloquent aura that Yiruma crafts delicately with each song from the piano, evoked a captivating and serene atmosphere which took us back through our own time.

The two-hour concert of the acclaimed pianist took place on a wintery evening in ASB Theatre, Aotea Square, Auckland. There were no glamorous or ostentatious elements to decorate the stage- just the Pianist himself with his grand piano against a black backdrop with the accompaniment of simple stage spotlights. Despite the simplicity, Yiruma left the total audience mesmerized in wonderment as he effortlessly weaved in and out of his famous piano pieces. 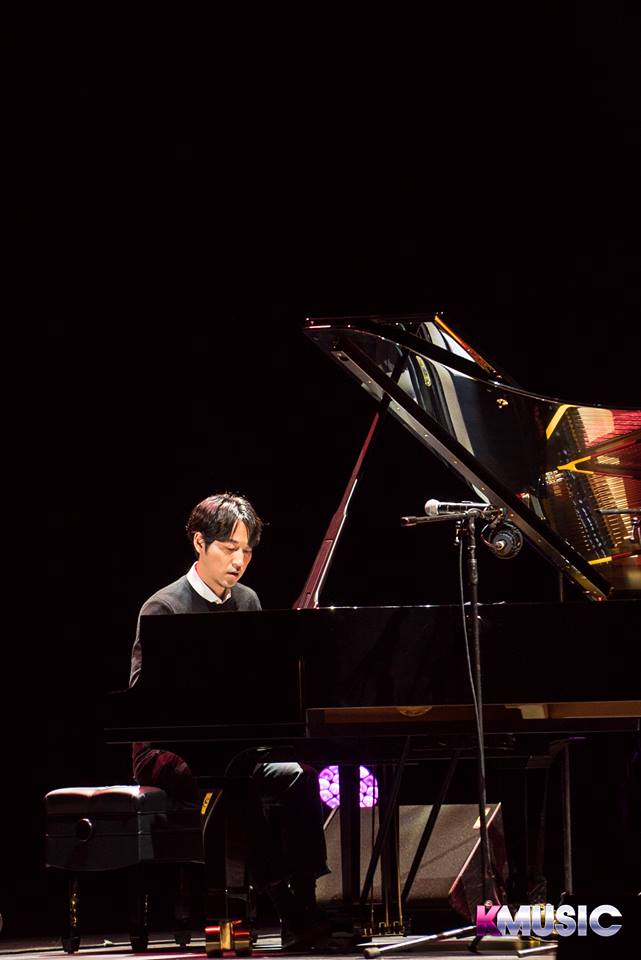 Yiruma is easily someone to be fond of- he won the hearts of the audience with his shy, charming and bashful stage personality, as he paused every two songs to talk to the audience about the next few pieces he would play.  In a soft-spoken voice, he engaged the audience with the stories and the inspirations behind his songs; the memories that linger behind his creations.  He encouraged the audience to think back to a fond memory or thought, so the music he plays acts to serve as background music for our own life stories.

Interestingly, the inspiration behind the song ‘Love Me‘, from one of his most popular albums ‘First Love‘ was from an ice cream flavor he once tried, called ‘Love Me’, which he had deemed the worst ice cream he had ever tasted. He had named the popular piano piece ‘Love Me’, as he believed that sometimes love can be just as disappointing and bittersweet as that flavor. It was little insights such as this, which further enriched our experience with Yiruma.

Yiruma performed a myriad of pieces selected from his old and newer albums over the course of the night, which included ‘River Flows In You‘, ‘Kiss The Rain‘ and ‘Waltz In E Minor‘, which received the most cheers and applause for the night. A variety of songs were rearranged as a combined medley, which added even more magic to the well-known songs.

A talented violinist and guitarist, who both took part in producing of his albums, also joined the pianist. This added an enchanting reverie to his classic songs that were well loved by the audience.

A most unforgettable moment was when Yiruma invited an audience member to help him perform in an improvised love song for her partner who was present.  Throughout the improvisation, she played two keys repeatedly, whilst he created a dynamic melody centralized around these two notes. Without a doubt, this was a very special moment for the audience to take part in.

When we thought the night came to a reluctant end with the reminiscent sounds of the finale song ‘Fotografia‘, Yiruma came back on stage to offer an encore of three more songs, which truly delighted the audience. This included a beautifully haunting yet powerful piano rendition of New Zealand’s traditional love song ‘Pokarekare Ana‘, which he invited the audience to sing along to. This was certainly one of the highlights for the Kiwi audience. He finished the night on a high, with a perfectly executed performance of the piece ‘Autumn Leaves‘, which left us in admiration of a truly competent piano prodigy.

Yiruma offered us more than just an opportunity to hear his beloved songs live; he took us on a journey back through time. We had an enjoyable time at this event and we would like to thank Castiglione Arts and Centre for giving us the opportunity to attend the event!