A lot of K-netizens vent out their frustration over Bigbang‘s overseas activities, specifically in Japan. BIGBANG has 16 upcoming fan meetings in Japan.

Though Korean fans expressed their excitement over the released ‘0 to final’ video on YouTube their anticipation ceased when they found out about the year-end plans of BIGBANG. They believed that BIGBANG should also promote in Korea because it is their 10th anniversary and they haven’t really promoted much in their own country plus they haven’t released a single full album in the whole year. 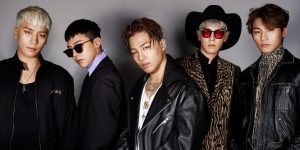 They said they could at least let the issue pass if BIGBANG  performed once in Korea. However, not even one fan meeting is planned or being held anywhere in Korea. They are demanding to have some compensation for the loss of promotion in their home country.

Here are some of the locations where BIGBANG went this year and their upcoming activities:
March to April: China (8)

What are your thoughts about this? Let us know in the comments below