KARD released the tracklist for their 2nd mini album titled ‘You & Me‘ on their official Facebook and Twitter page. 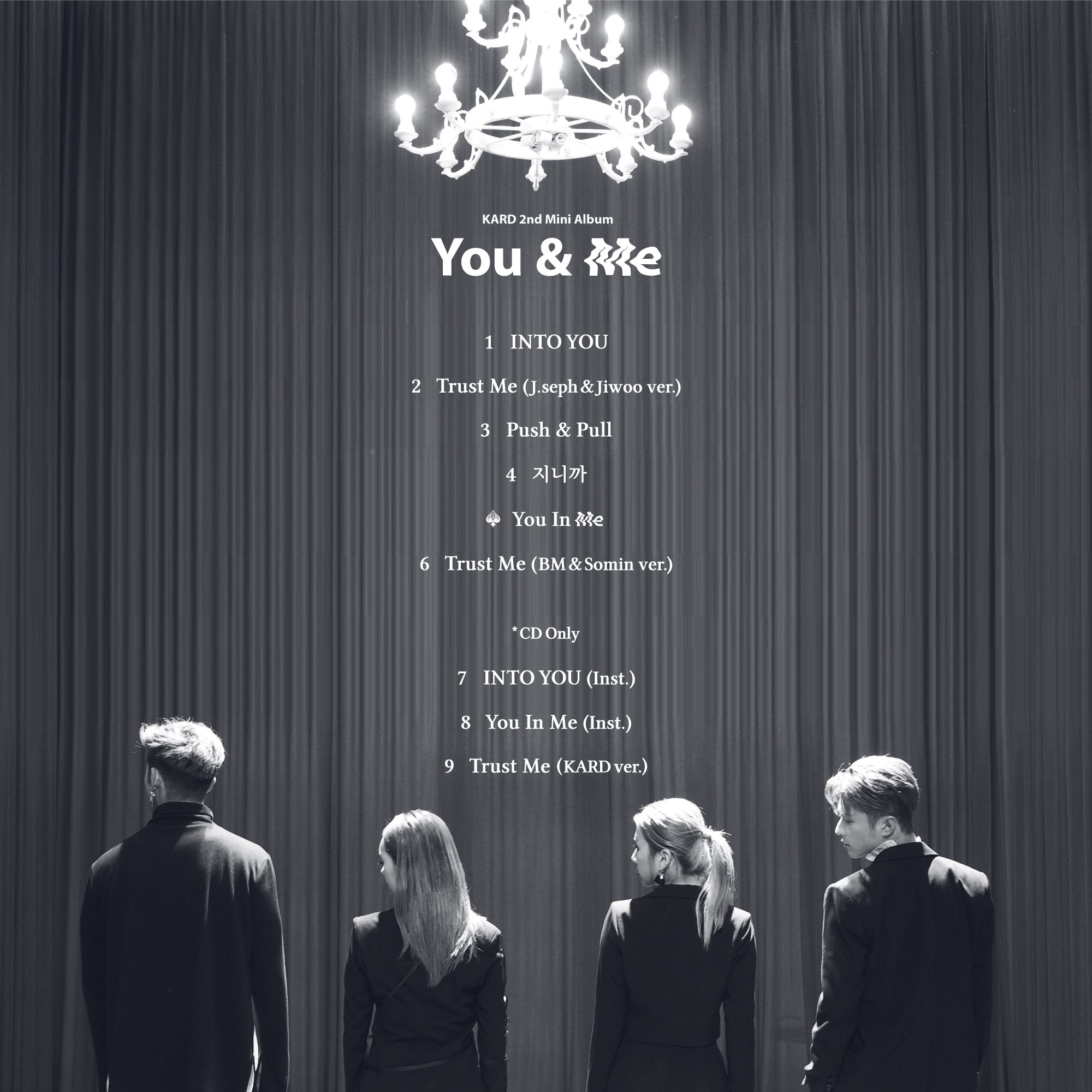 The tracklist entails a total of 9 songs with 3 of those songs being instrumental versions and 2 of them being duet versions of the same song. The intensity of the photo increases as members’ backs turned against a curtain-like background. As the chandelier hangs above them, the members are sleek and ready for their comeback. The black and white photo portrays sophistication and mystery.

KARD is known for their EDM and Moombahton style of music. We can’t wait to hear their album!

Remember to save the date for November 21st for KARD‘s comeback!

For all things KARD and overall Kpop continue to stay updated with Officially Kmusic!

Scroll for more
Tap
Brown Eyed Girls’ Miryo to make a November solo comeback
VICTON have made a successful comeback with ‘Remember Me’
Scroll
Loading Comments...