The SBS drama ‘Wind Blows in Winter‘ has released a new still cut, which this time is featuring Kim Bum and A Pink’s Eunji!

Both stars were impressing the staff with their cheerful attitudes and respectful mannerisms. They looked like siblings with their arms around each other in the snapshot. 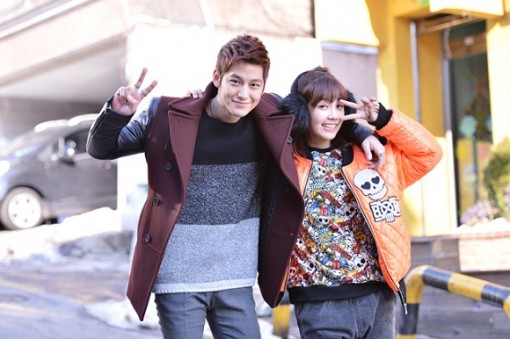 “The laughter of the two on the cold and tough set is giving us a lot of energy. Kim Bum and Eunji, as the maknaes on set, politely show their manners and make the atmosphere sweet. Upon seeing the way they act, you can’t help but to smile. Because of them, we are always filming peacefully,” a representative said.

On February 13th fans can catch the premiere of the drama starring Kim Bum and A Pink’s Eunji along with the main leads, Jo In Sung and Song Hye Kyo!