The Capable Man of “Running Man” decided to grace our shore with his 1st Showcase on June 14th 2013 at HGH Convention Centre.

Kim Jong Kook’s 1st Malaysia Showcase 2013 kicked off with two guest artists for the opening acts. The guest artists are two of the Top 10 of a singing competition called Million Star. The first up on stage was Virus Wu, a talented young singer from Taiwan with her powerful track ‘We Are All We Are.’ Virus Wu then sang ‘Sayang’; originally sang by Indonesian singer, Shae. 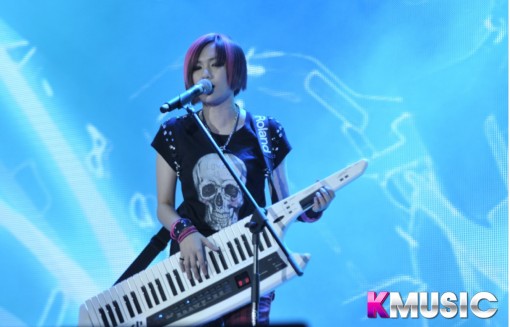 Next up on stage was Henley Hii with yet another powerful track entitled ‘Crazy.’ He ended his performance with a mellow and romantic song ‘Time is Love‘ composed by himself. As soon as the guests’ performance ended, a short opening video was aired reminding the audiences of the do’s and dont’s during the showcase. 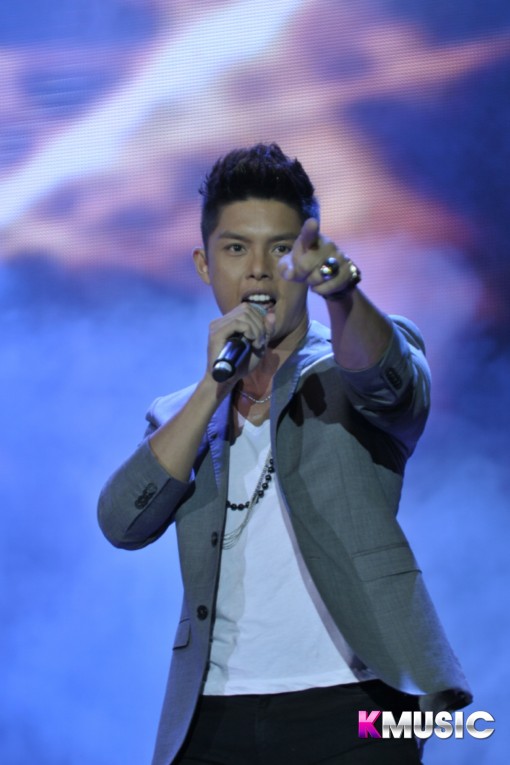 Right after the video, the man of the night himself entered the stage with ‘Today More Than Yesterday‘ wooing the whole crowd with his presence for the first time that night. 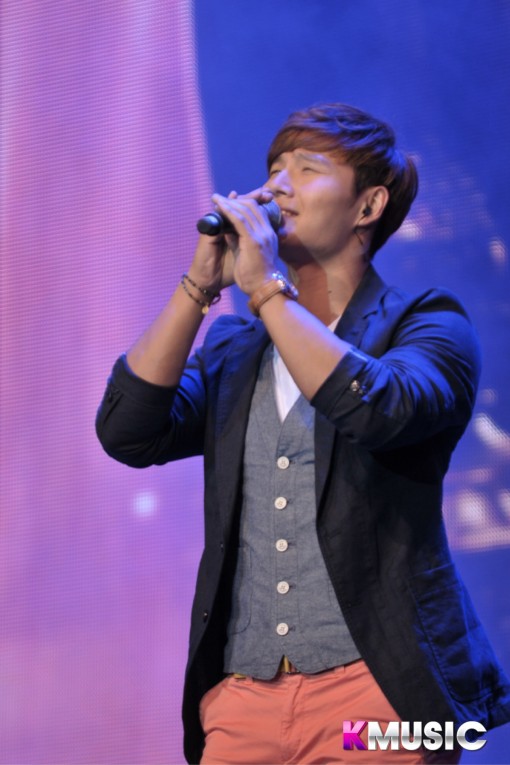 At the end of his first song, Kim Jong Kook showed his humble demeanor and smiled to the crowd. During the Interview and Sharing with KJK session, the man of power said he likes the weather here in Malaysia since he likes hot and humid weather. He also mentioned he likes chilling by the beach. The emcee indicated that Malaysia not only has hot weather, but also have plenty ‘hot’ girls. To which he replied suavely that he likes both (hot weather and hot girls) which quickly echoed by the crowd’s cheer. 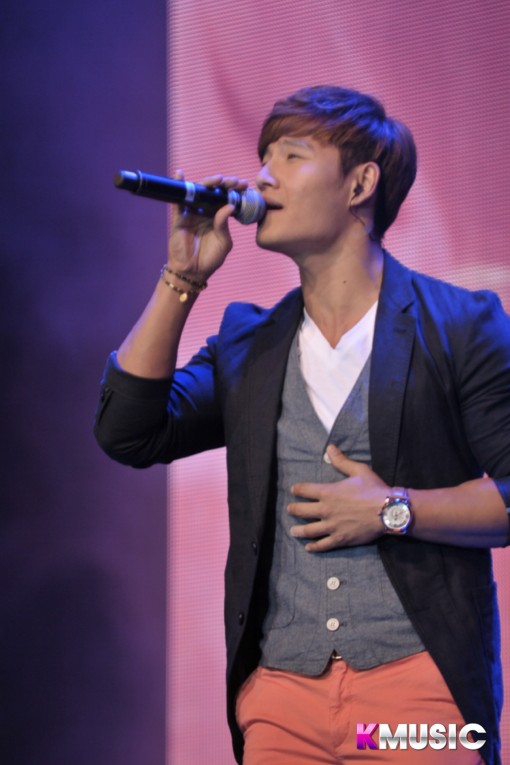 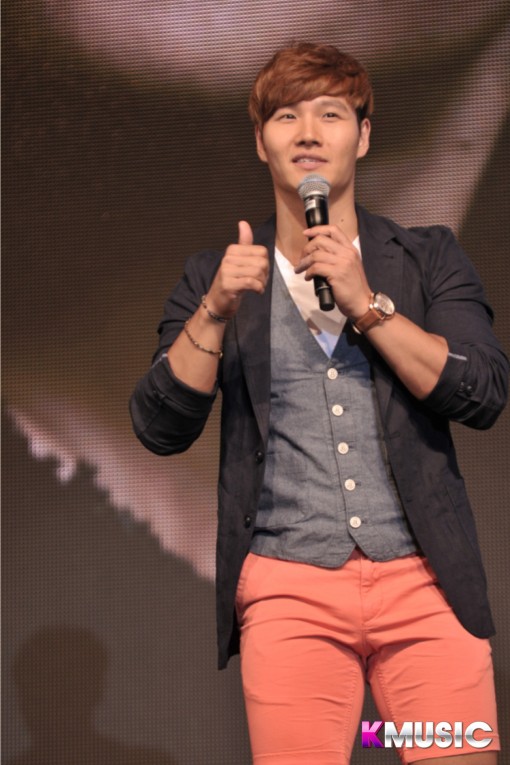 Answering the questions on Malaysian food, he said he tried Nasi Lemak for breakfast and though it is quite hot for breakfast, he liked it. He also said that although Malaysian food is spicy, similar to Korean food, they are of a different kind of spicy (taste).

When asked about how he controls his daily diet, he said that he never really does dieting. He just works out everyday. During the interview, he also mentioned that he always get angry at Lee Kwang Soo in “Running Man” because he always ended up getting betrayed him and that he is always taken by surprise every time. However, outside of filming, they are very close. In fact, Kim Jong Kook and Lee Kwang Soo usually spend 4-5 days a week together just hanging out.

The Emcee later asked if there is anyone he would like to avoid getting in a group with (in “Running Man”). Kim Jong Kook was a bit hesitant to answer at first, but then told the crowd “Lets just keep it between us” and answered Ji Suk Jin. Oops, I guess we blurted that out! The next question thrown his way was ‘Why the nickname?’ to which he replied that it might be because of his body. He then elaborate that he is actually very shy and not good with people (the crowd) and that he is actually not the ‘tough guy’ type.

At the end of the session, the emcee asked him if there is anything he wants the fans to know before they move to the Game Session. He bluntly said “Do whatever you (fans) want,” to which the crowd went wild once again. 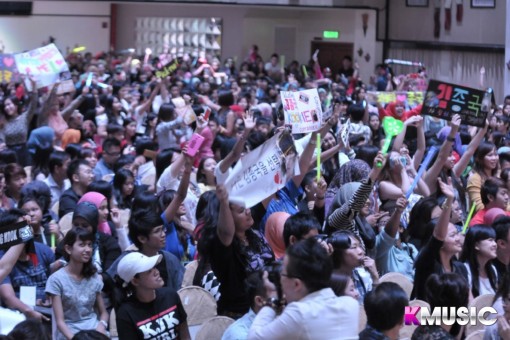 The Game Session consist of 4 games in total; a Flamingo Game (participants were randomly picked by the Emcee prior to the showcase), Name Tag Game (winners of previous game), KJK Dream Girl (KJK chose 5 lucky girls) and Ice Breaking (KJK threw 7 soft balls into the crowd to pick the participants).

During the KJK Dream Girl session, he revealed that his ideal girl must be someone with long hair, big eyes, since he has small eyes, a round big face, tanned skin, and wearing a pair sneakers. We were also lucky enough to see Sparta Kim Jong Kook’s muscles, although for a VERY brief moment, and Gwiyomi Sparta-Style (up until 3+3) as his punishment during the Ice-Breaking Game. 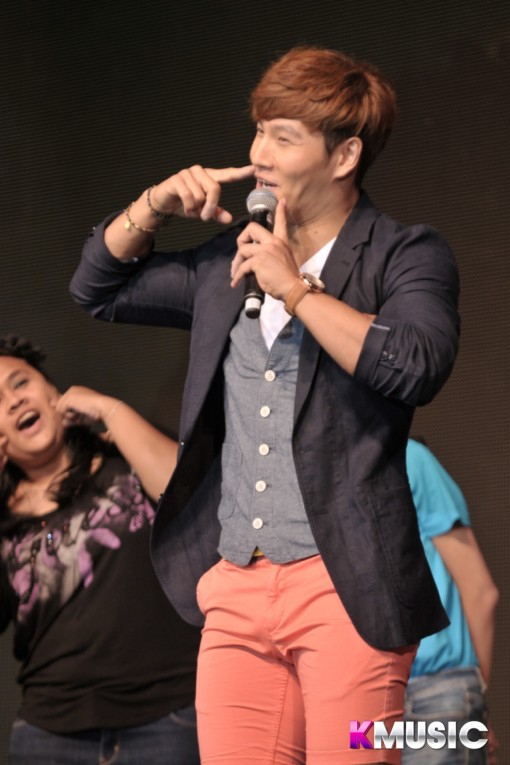 After the game session, short videos of messages from fans were shown on screen and the last clip with the title ‘5 Ways to Attract KJK’s Attention’ tickled the funny bones of the crowd as well as the man of the night himself. Shortly after, Kim Jong Kook went backstage and an interval video was shown on screen of the MV of Kim Jong Kook’s older song, ‘Letter.’ 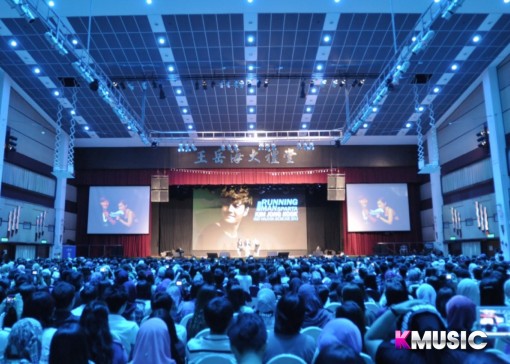 Kim Jong Kook then re-entered with his newest song ‘Men Are All Like That‘ right after the MV ended. Before he sang ‘Star, Wind, Sun and Love,’ he said he wish that everyone present could know and understand the meaning of this song and that he would try to sing with emotions in order to deliver the meaning of the song to those who don’t understand the lyrics. He sang a total of 7 songs during the showcase including ‘Don’t Be Too Good To Me‘, ‘Lovable‘, ‘Twist King‘ and ‘One Man‘, which was his encore song. 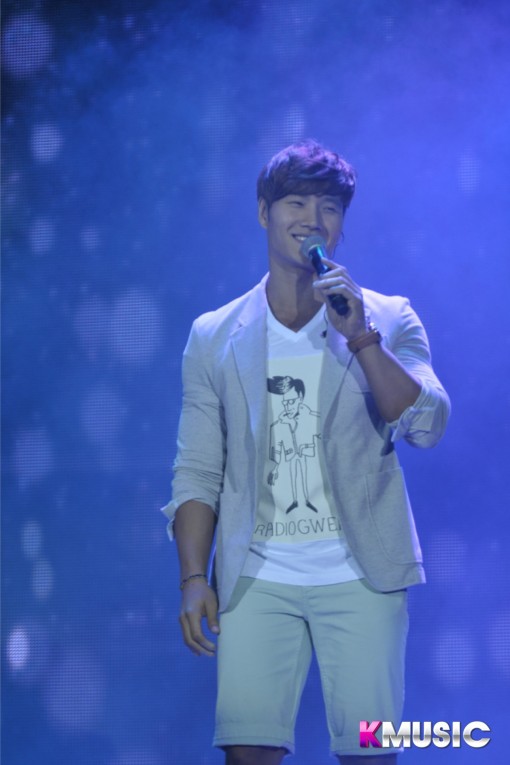 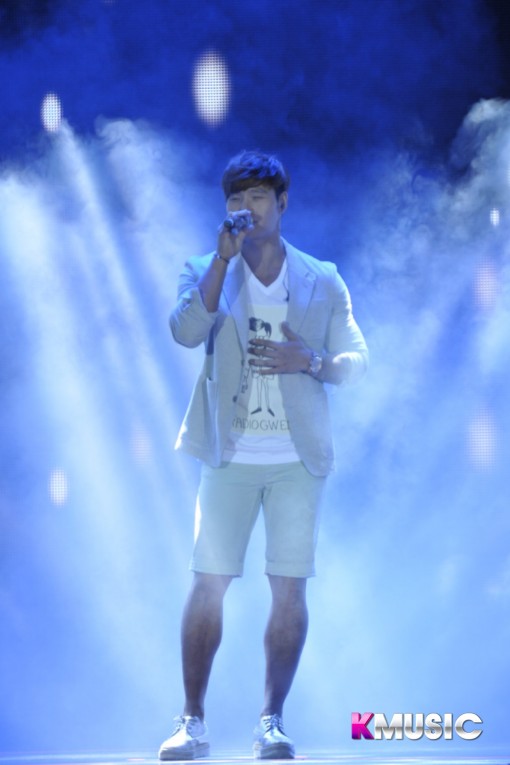 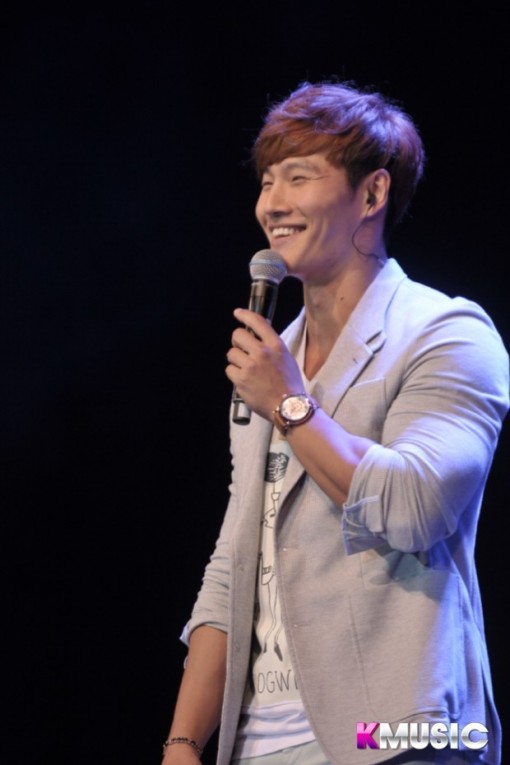 He ended the show with a bow and waved to his fans before proceeding with the group photo-taking session with those who bought the photo pass.

This night was indeed an amazing and eventful night for Malaysian Kim Jong Kook fans and will definitely be remembered.

Scroll for more
Tap
U-KISS Visa Card to be Available in Japan
SISTAR and 4minute to Fight for the Title of the Archery Goddess
Scroll
Loading Comments...